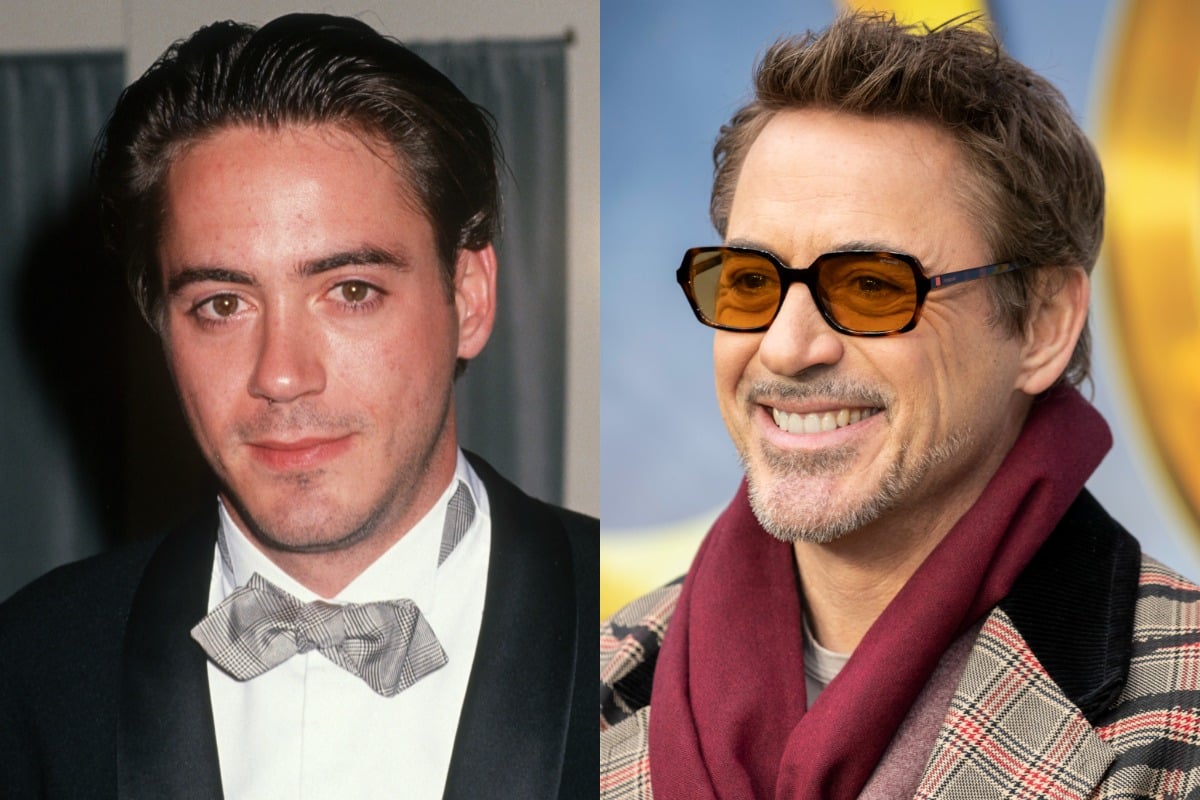 This post discusses alcohol and drug addiction and may be triggering for some readers.

"[I told him], 'You ought to try a little of this instead of drinking,'" Robert Downey Sr, a film director, recalled.

"I passed him a joint. And suddenly I knew I had made a terrible, stupid mistake... giving a little kid a toke of grass just to be funny."

"There was a lot of pot and coke around," the actor shared, as per PEOPLE.

"When my dad and I would do drugs together, it was like him trying to express his love for me in the only way he knew how."

After he tried marijuana for the first time at a party, Downey Jr's drug use spiralled throughout his teenage years and early twenties, leading him to "spend every night out getting drunk [and] making a thousand phone calls in pursuit of drugs".

Growing up in New York City, Downey Jr began his acting career with a few minor roles in his father's films, before attending the Stagedoor Manor Performing Arts Training Center.

After a brief relocation to California following his parents' divorce in 1978, Downey Jr dropped out of high school and moved back to New York in 1982 to pursue acting full time.

In 1985, Downey Jr had his first big breakthrough when he was hired by Saturday Night Live. The actor was introduced as part of the show's new, younger cast, but after a year of poor ratings and a claim from Rolling Stone that Downey Jr was the worst SNL cast member ever, he was dropped from the show.

Shortly before landing a role on SNL, Downey Jr began dating Sarah Jessica Parker, who he met on the set of Firstborn in 1984. 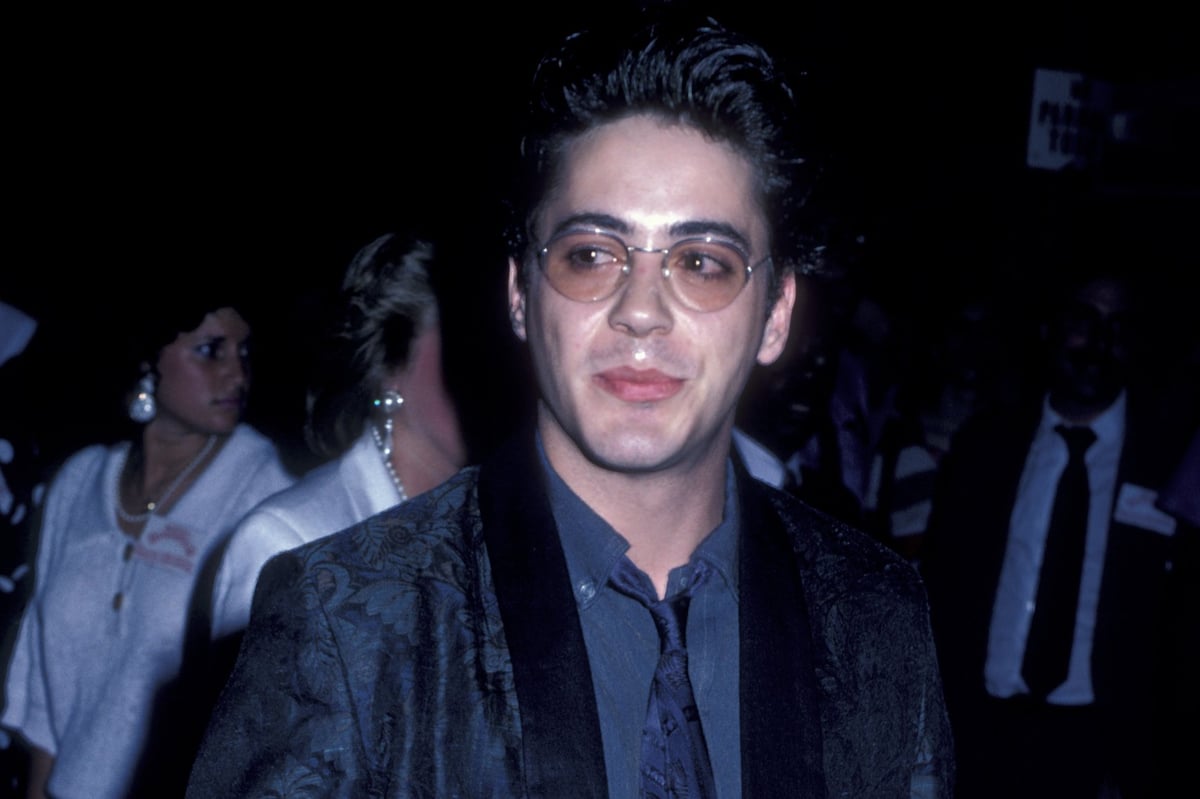 After SNL, Downey Jr went on to appear in Tuff Turf, Weird Science, and The Pick-Up Artist, leading him to be recognised as a member of Hollywood's 'Brat Pack'.

But by 1988, Downey Jr's life was becoming consumed by drug use, leading his former manager Loree Rodkin to force him into rehab.

"I couldn't stand to see him demolish himself," she later said.

"And when he came out, he fired me for making him face it."

In the years that followed, Downey Jr's life was an endless cycle of drug abuse. While he'd often get clean for a few months while working on film projects, he kept slumping back into his old ways off set – often going on days-long alcohol and drug benders.

In 1991, after seven years together, Downey Jr. and Sarah Jessica Parker ended their relationship.

"I was so selfish. I liked to drink, and I had a drug problem, and that didn’t jibe with Sarah Jessica, because it is the furthest thing from what she is," Downey said, according to the Huffington Post.

"She provided me a home and understanding. She tried to help me. She was so miffed when I didn’t get my act together... I was in love with Sarah Jessica, and love clearly was not enough." 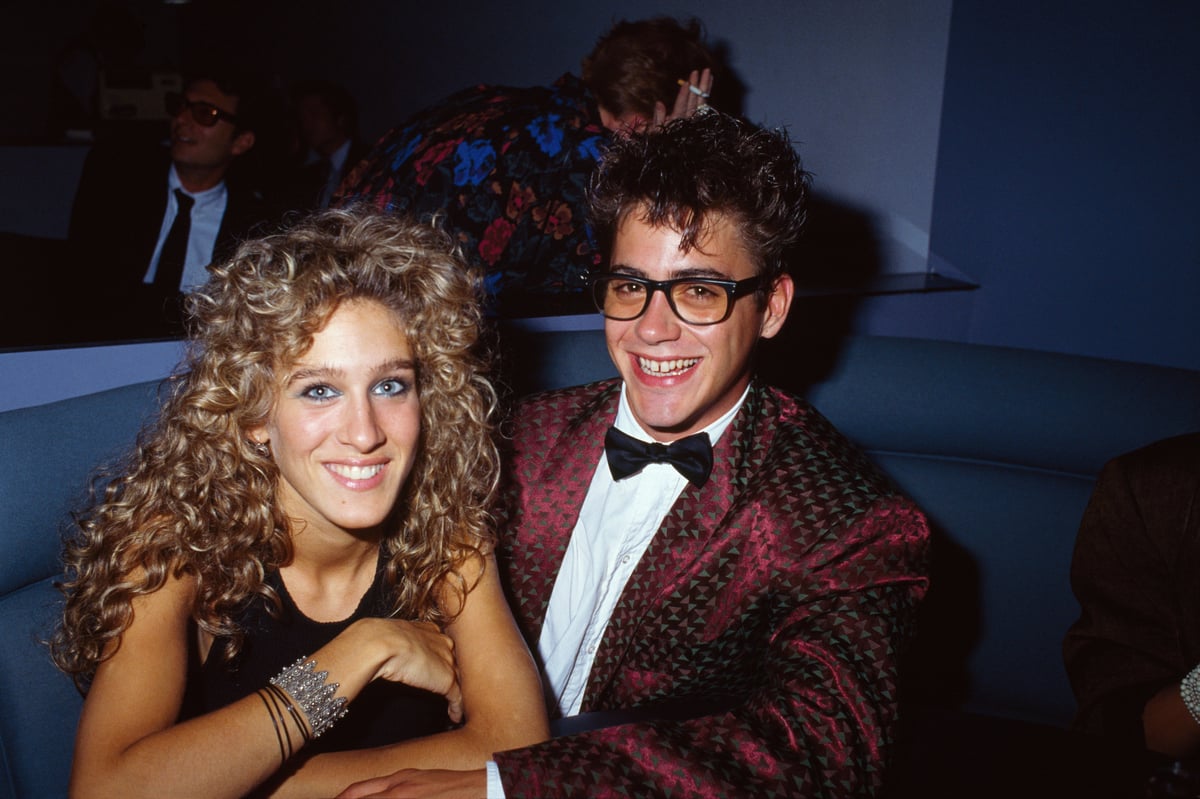 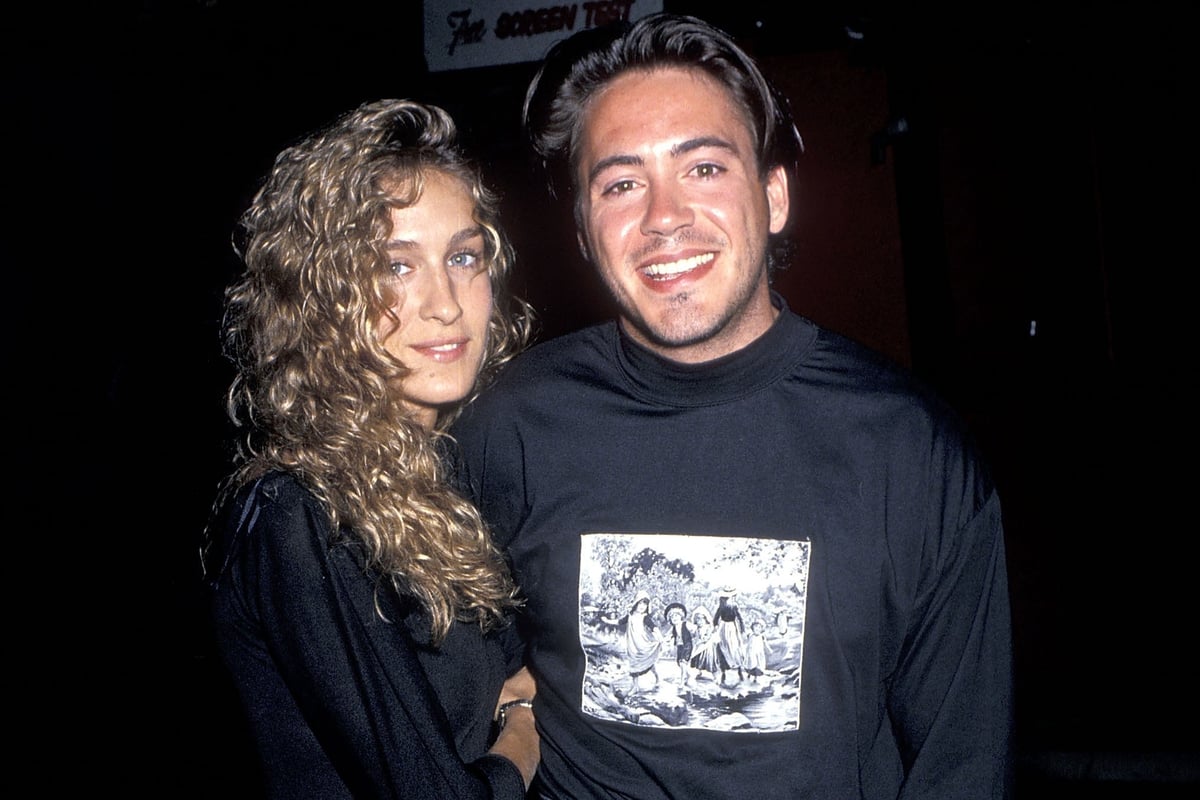 In 1992, Downey Jr went on to marry actress and singer Deborah Falconer.

That same year, Downey Jr starred as Charlie Chaplin in Chaplin, a role which garnered him an Academy Award nomination for Best Actor.

He appeared in countless films in the 1990s, including Short Cuts, Natural Born Killers and Richard III, but behind the scenes, the actor was delving into heroin and cocaine use, leading to a number of arrests and several stints in rehab.

In 1996, Downey Jr was famously arrested for speeding down Sunset Boulevard while in possession of heroin, cocaine and an unloaded handgun. While on parole following that arrest, the actor stripped to his underwear and fell asleep in his neighbour's home on an 11-year-old's bed.

He was ordered to undergo compulsory drug testing, and when he missed one of the tests in 1997, he was forced to spend six months in the Los Angeles County jail.

During one court appearance, he famously told a judge: "Taking drugs to me is like having a shotgun in my mouth with my finger on the trigger, and I like the taste of the gun metal."

Following his release from Los Angeles County jail, the actor later spent almost a year in the California Substance Abuse Treatment Facility and State Prison after missing another scheduled drug test in 1999.

In prison, Downey Jr was put on kitchen duty, where he spent his time washing dishes and dishing out food for eight cents an hour. 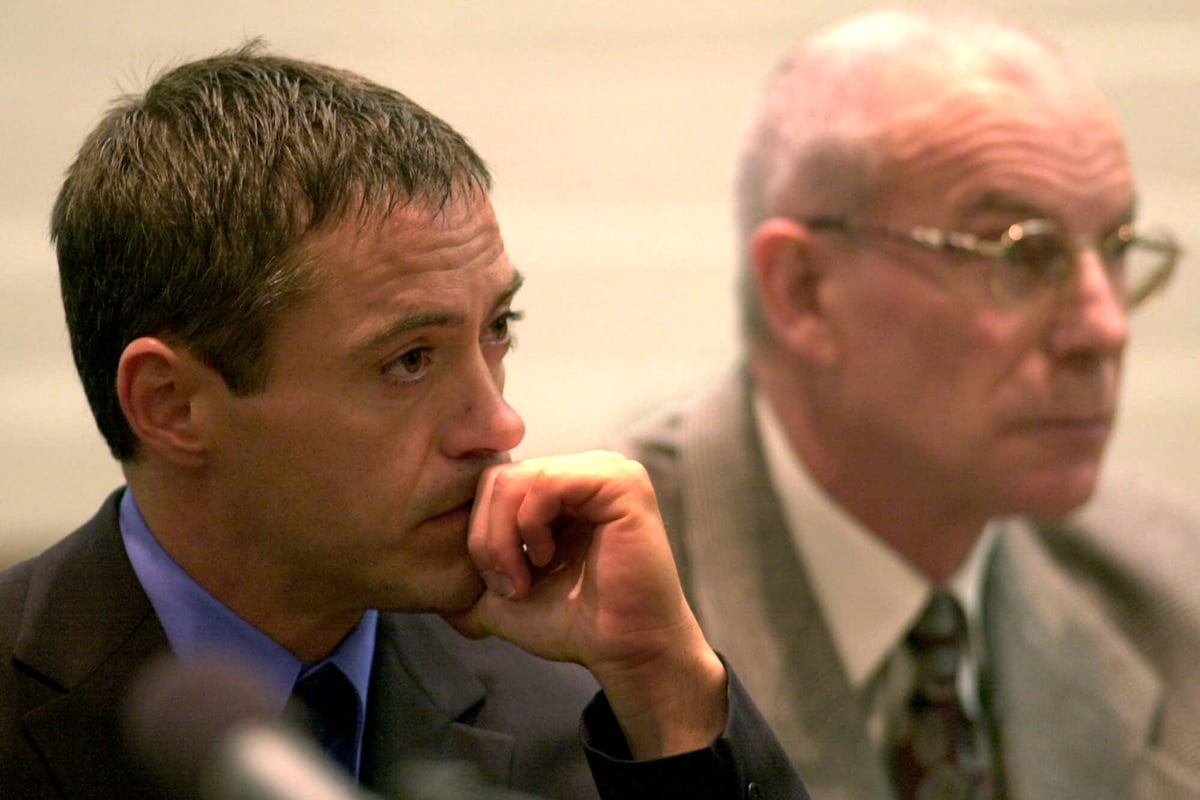 But despite kitchen duty, prison provided a sense of security for the Iron Man star.

"When the door clicks shut, then you are safe," he told Rolling Stone.

"There is nothing aside from a rogue correctional officer that can do you harm if you have the right cellie. You are actually in the safest place on Earth. Safe from the intruders."

In 2000, following his release from prison, Downey Jr landed a role on television series Ally McBeal opposite Calista Flockhart. His role in the show was a hit, and Downey Jr won a Golden Globe for Best Supporting Actor in a mini-series or television film.

But for the now 55-year-old, it isn't a time that he looks back on fondly.

"It was my lowest point in terms of addictions. At that stage, I didn't give a f*** whether I ever acted again," he said, according to The Guardian.

After being arrested a number of times in 2000 and 2001, Downey Jr was eventually written out of Ally McBeal.

Around that same time, the actor's wife, Falconer, left Downey Jr and took their son Indio with her. They later finalised their divorce in 2004. 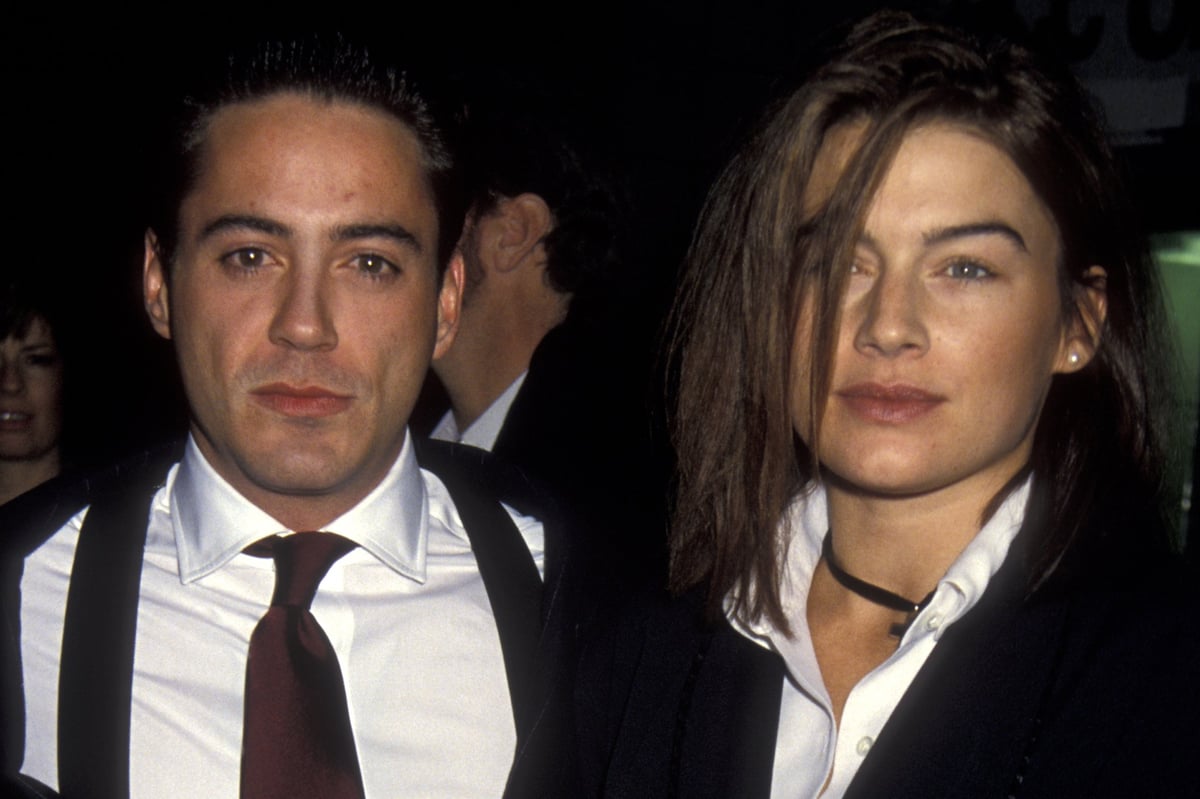 Following their split, the actor decided to fight his addiction. By this point, he was virtually unemployable as film studios couldn't afford to insure him.

He stopped at a Burger King on the coastline and threw his drugs into the ocean.

"I said, 'You know what? I don't think I can continue doing this.' And I reached out for help, and I ran with it. You can reach out for help in kind of a half-assed way and you'll get it and you won't take advantage of it. It's not that difficult to overcome these seemingly ghastly problems... what's hard is to decide to do it," he later told Oprah Winfrey.

The actor's first return to the screen was lip-syncing in the music video for Elton John's single 'I Want Love'.

From there, he landed roles in The Singing Detective, Gothika, Zodiac and Kiss Kiss Bang Bang.

Although Levin turned him down twice, the pair soon began a relationship.

When asked if she was attracted to the actor when she first met him, Levin told Harper's Bazaar: "Not even a little bit. The main thing I remember about meeting him was thinking how strange he was." 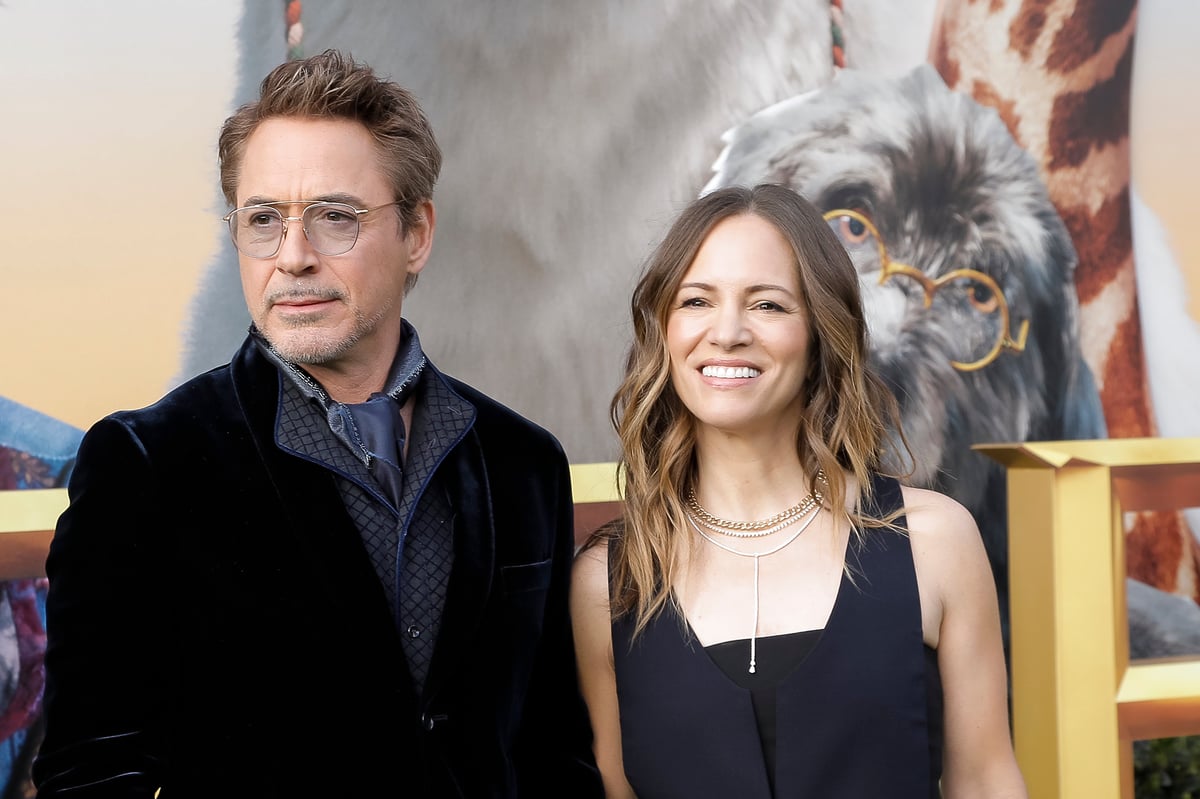 She added: "I thought he was a brilliant actor, but it didn’t go beyond that. I saw him more like a professor or someone’s older brother."

In that same interview, Harper's Bazaar described Levin as, "The Miracle That Saved Robert Downey Jr."

"The old saying is true — behind every good man there’s an incredible woman. I owe a huge amount — if not all — of my success to Susan. We make a great team," Downey Jr later told the Herald.

The couple married in New York in August 2005. They welcomed their first son, Exton Elias, in February 2012, and their daughter, Avri Roel, in November 2014.

In the early years of their marriage, Downey Jr began landing "blockbuster" roles.

In 2008, he starred in Tropic Thunder and Iron Man, which grossed over $585 million worldwide.

"Downey wasn't the most obvious choice, but he understood what makes the character tick. He found a lot of his own life experience in 'Tony Stark,'" director Jon Favreau said. 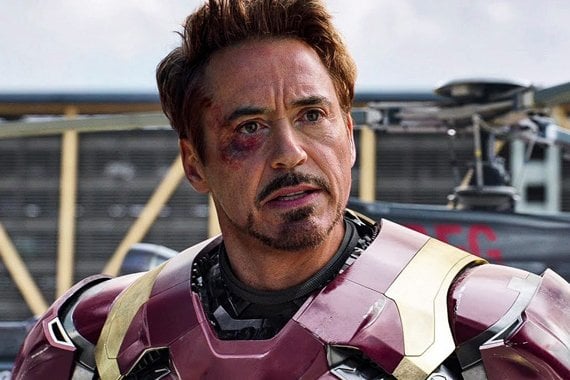 He also landed roles in Sherlock Holmes and its sequel, Due Date, and Dolittle.

In 2020, Robert Downey Jr is sober. He credits his marriage, his children, martial arts and yoga for helping him overcome his demons.

"For some folks it's just a function of age," the 55-year-old told Vanity Fair about overcoming addiction.

"It's perfectly normal for people to be obsessive about something for a period of time, then leave it alone."