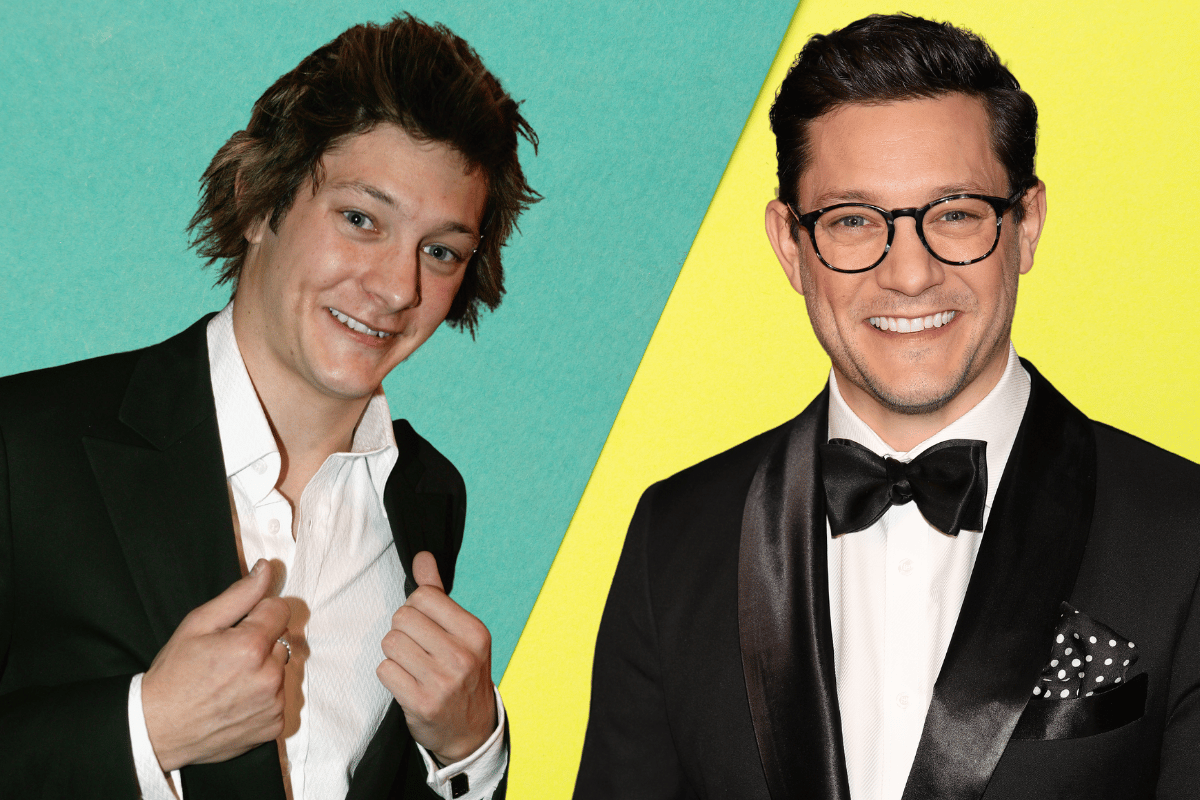 Yep, after 12 years without the reality show on our screens, Channel Seven are bringing Australian Idol back in 2022. (And honestly, it's about bloody time.)

Almost immediately, the announcement led fans to take a trip down memory lane.

Want a nostalgia hit? Watch Rob Mills perform You Don't Treat Me No Good on Australian Idol. Post continues below.

We remembered the gold dress that started an uprising, Anthony Callea's cover of 'The Prayer' and of course, Mark Holden's famous touchdowns.

But most importantly, we remembered Rob Mills.

When Rob Mills first graced the Australian Idol stage in 2003, millions of Aussie teenagers fell in love with the 21-year-old Melburnian.

It was the first season of the reality show, and Mills made it to the top five, with Guy Sebastian finishing in first place.

Following his time on the show, Mills signed a contract with BMG in 2004 before releasing his first album, Up All Night, which featured the single 'Ms Vanity'.

Around that time, Mills had gained a "reputation of being a party boy".

"In my own head, I was a really hard worker. I worked five days a week and then four nights a week in the band, so I never really went out partying," the 38-year-old told Now To Love last year. 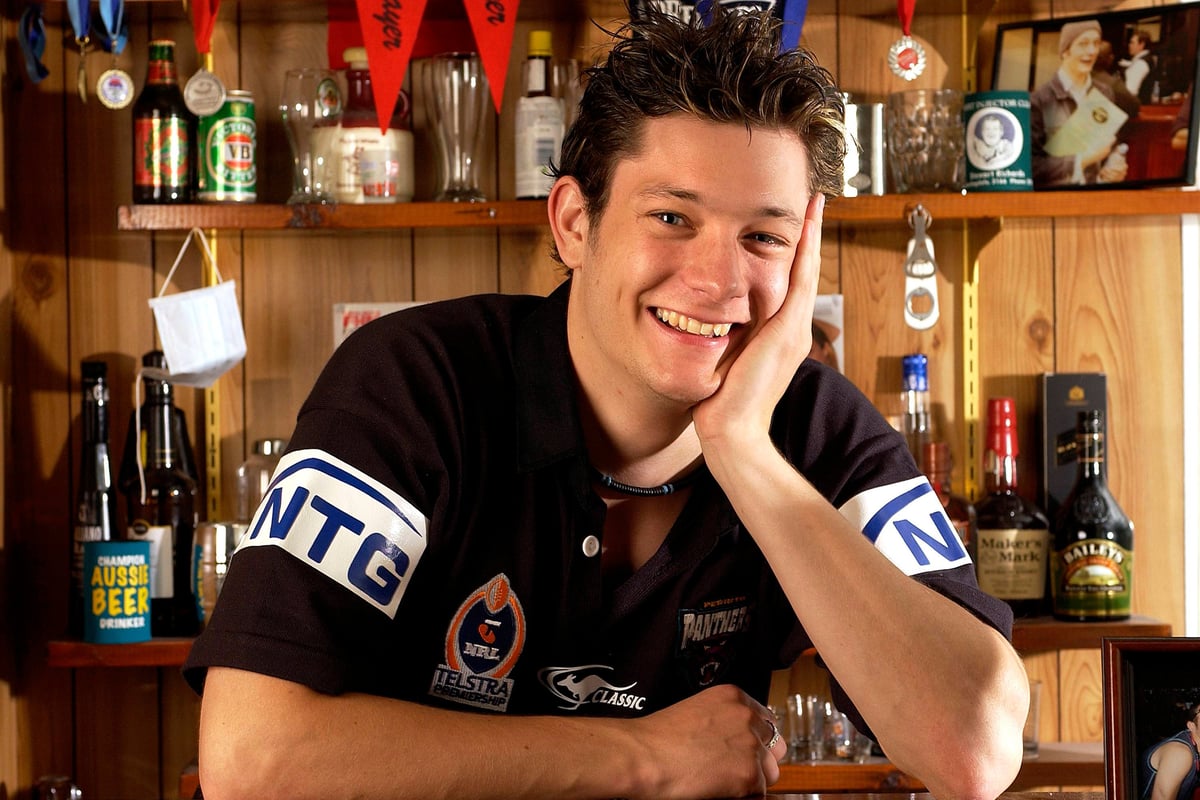 After Idol, Mills was introduced to recreational drugs for the first time.

"I am saying on the record as a [then] 33-year-old guy, I am completely against recreational drugs, but cocaine is a hell of a drug," Mills shared on Em Rusciano's podcast, Deeply Shallow.

But it was Mills' infamous 'romance' with Paris Hilton which largely influenced his "party boy" reputation.

Mills first met Hilton at an Opera House afterparty for the Australian Idol finale in 2003. They later attended another afterparty hosted by Osher Günsberg, before spending the night in Hilton's hotel room.

The next morning, Mills was seen admiring the view of Sydney Harbour from the reality star's hotel room.

A week later, Mills and Hilton caught up again at the Melbourne Cup. 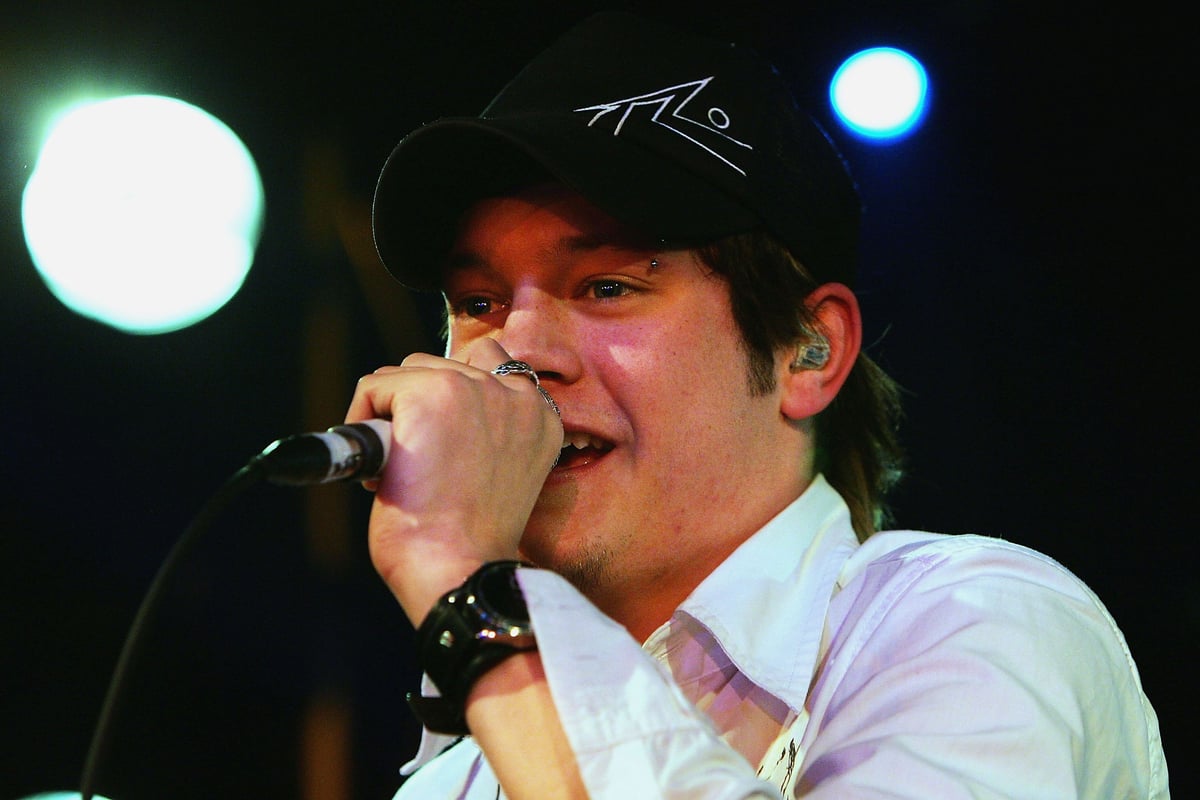 While Hilton was still in the country, Mills was on hand when her sex tape with her ex-boyfriend Rick Salomon leaked.

"She looks pretty upset. She’s huddling over a laptop. I go 'What are you doing?' 'Oh, I’m just downloading my sex tape.' I was like 'Sorry, what?'" Mills recalled on Deeply Shallow.

"I’ve never heard that sentence before. 'Yeah, my lawyer’s sending it to me. So I just need to look at it." I was like 'So... should I... we’re both just watching it together?' So there’s me with her watching that sex tape."

But despite his "party boy" reputation, Mills was determined to be taken seriously as an entertainer.

Following his overnight success on Australian Idol, Mills toured the east coast of Australia in July 2005, and performed several times on national television.

After the release of Up All Night, Mills turned his attention to musical theatre, appearing in musical theatre productions of Wicked, Grease, Legally Blonde, Jesus Christ Superstar, Hair, and Ghost the Musical.

"I wanted to gain respect, and I knew the only way to gain respect is through hard work. You can't buy respect, there's no way to fake that," the actor told Now To Love.

"It was through musical theatre that I realised I wanted to gain the respect of that industry. They work so hard. Their work ethic is second to none and they are the triple threats of this world."

Outside of musical theatre, the 38-year-old has appeared on Underbelly: Razor and Neighbours, and featured on reality shows The Celebrity Apprentice Australia, Dancing With The Stars, and The Masked Singer Australia.

Speaking to The Sydney Morning Herald earlier this year, Mills shared that the pair met after he contacted her on Instagram.

"One morning in 2018 I flicked on the television to ABC News Breakfast and went 'Who is that?!' She was beautiful and articulate. I needed to know her," he shared.

"I sent her a direct message on Instagram, which opened with, 'I promise I’m not crazy'."

Tunny shared that she was actually a "massive fan" of the first season of Australian Idol.

"The first thing I thought when Rob messaged me on Instagram was, 'Is this the real person? Is this actually Millsy?'" she said.

Amid the COVID-19 pandemic and Melbourne's lockdown, Tunny moved into Mills' place earlier this year.

But while a video of Mills wearing a ring sparked engagement rumours earlier this week, the performer previously told Now To Love the couple aren't in a rush to get married.

''It's not a huge priority, marriage, for Georgie and I. We just love and respect each other and enjoy each other's company. We both joke that we're 'batting above our average'. I think she's well out of my league," he told the publication.

Earlier this year, Mills opened up about the challenges of Melbourne's lockdown.

"I was just going through the motions and found myself caught up in a routine of unhealthy habits of drinking more, scrolling aimlessly on Twitter, Facebook, Instagram and obsessing over the solutions to COVID-19," he told the Daily Mail.

"None of these things were good for me. They made me feel increasingly angry at the world. A lot of days, I just didn't want to get out of bed. I couldn't see the point."