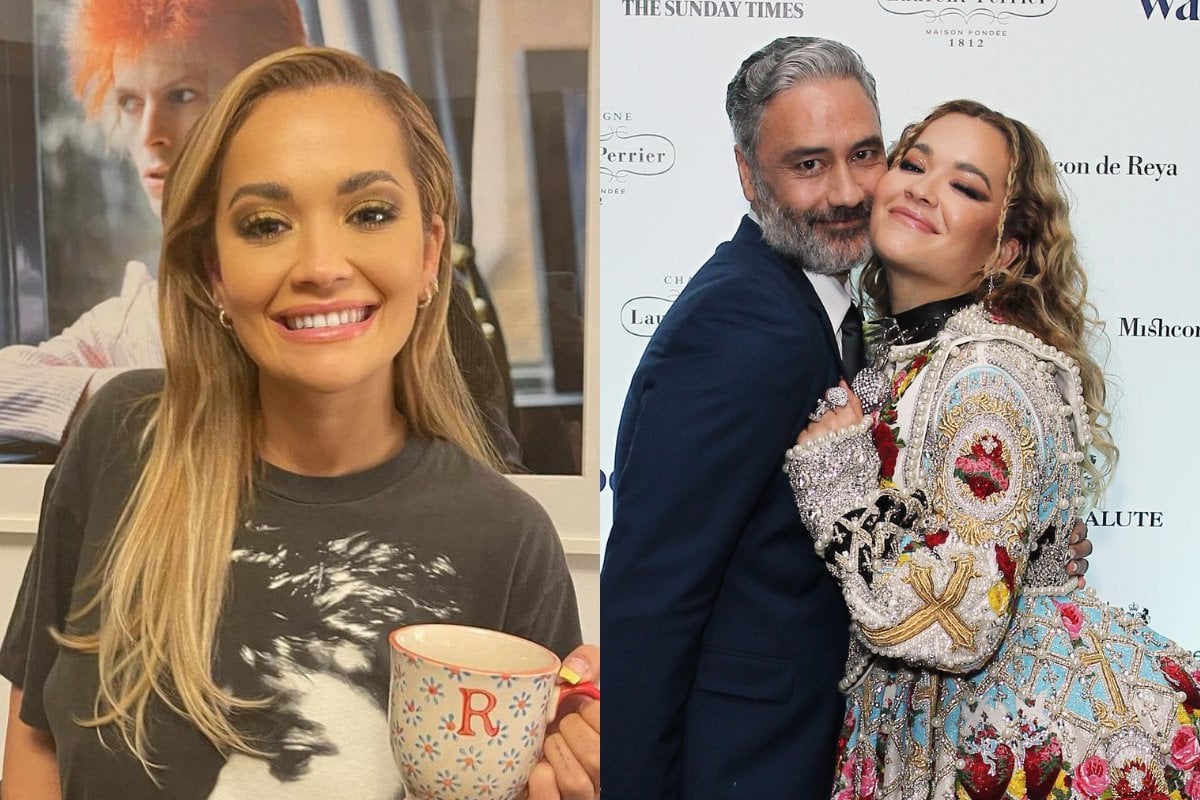 British singer Rita Ora has made a name for herself over the last decade for her hits including 'For You', 'Your Song' and 'Let Me Love You'. Aside from singing, the pop star has even turned to acting later in her career - appearing in all three Fifty Shades films.

This year she appeared on The Voice Australia's as a new international judge, and has previously worked on both The Voice UK and The X Factor.

But before her time on Australian TV began, the singer and actress has lived a life that is anything but boring,

Watch: This year, celebrities have been getting creative in isolation. Post continues below.

Here's everything we know about Rita Ora.

Rita Ora (born Rita Sahatçiu) was born in Prishtina, Yugoslavia (present-day Kosovo) in 1990 to her Albanian parents – Vera, a psychiatrist, and Besnik, a pub owner and economist. She has an older sister, Elena, and a younger brother, Don.

When Ora was just a baby, the family relocated to London. At the time of their departure, Albanians in Kosovo were being oppressed by Dictator Slobodan Milosevic.

From a young age, Ora had an interest in music, performing at various open mic sessions in London.

She later got her first big break in music when she featured on Craig David's song, 'Awkward', in 2007.

The next year, the singer successfully auditioned for Eurovision: Your Country Needs You, becoming the British contestant for Eurovision Song Content in 2009. However, she later withdrew from the competition after her manager told her that Eurovision would hinder her solo career. 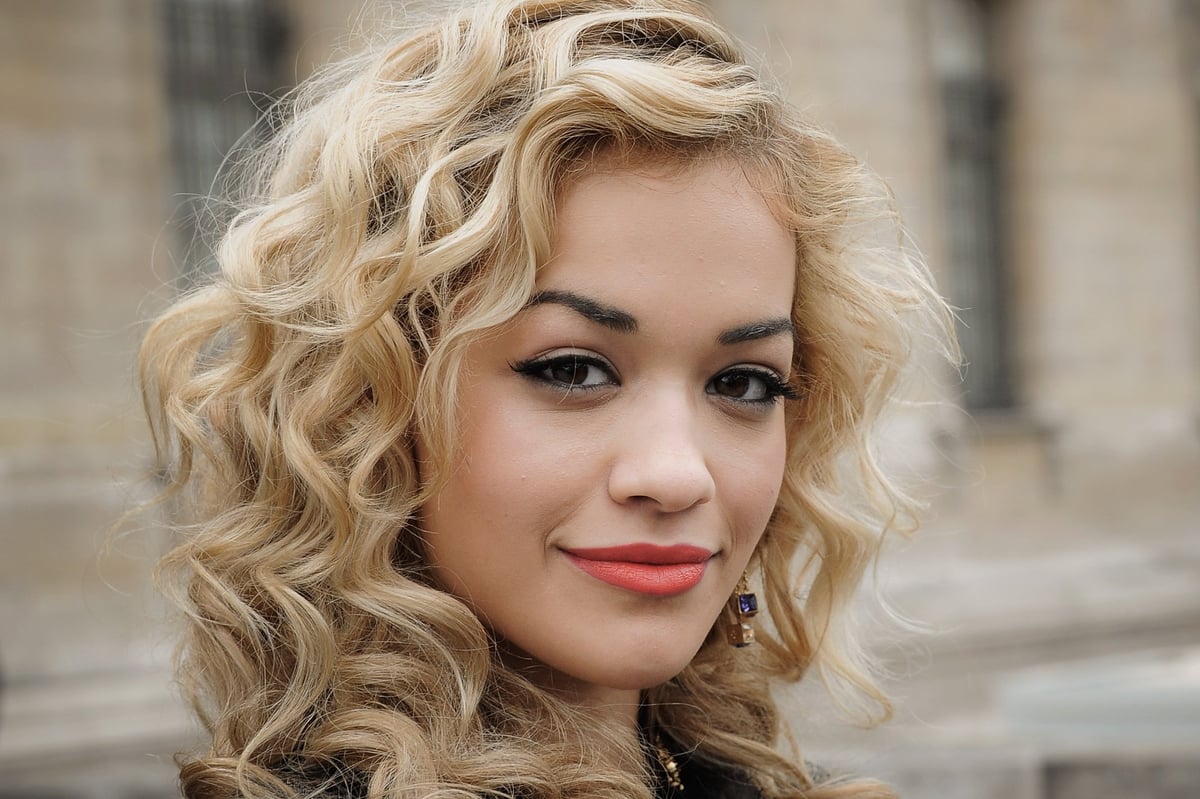 Rita Ora in 2011. Image: Getty. Then, in August 2012, the singer's debut album, Ora, was released. It debuted at number one in the UK. As a result, the pop singer landed nominations for Best New Artist, Best Push Artist and Best UK/Ireland Act at the MTV Europe Music Awards.

By 2013, Ora was sharing her schemes for a second album. However, a legal battle with Roc Nation soon halted her plans.

In December 2015, the singer filed a lawsuit against the record company, seeking release from the label. According to court documents, Ora stated that she'd "only been permitted to release one album despite creating multiple additional records for release" and that her relationship with Roc Nation was "irrevocably damaged".

In response, Roc Nation filed a counter-lawsuit. They later reached a settlement in May 2016.

The singer signed a new record deal with Atlantic Records in June 2016, before releasing her second album, Phoenix, in November 2018. She's planning on releasing her third studio album in the near future.

Outside of music, Ora has had a number of acting roles, including an appearance in British film Spivs and a role as Christian Grey's sister, Mia, in Fifty Shades of Grey, which she reprised in the film's sequels. 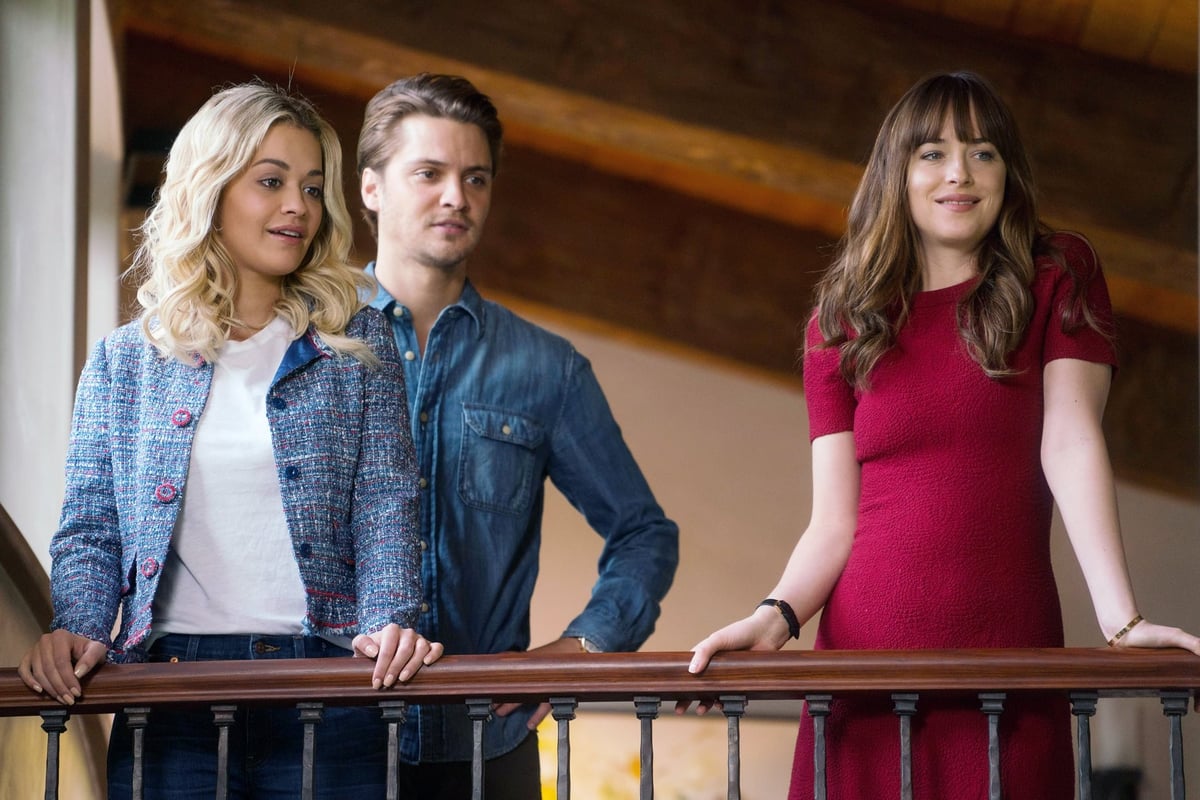 The 31-year-old has also worked as an ambassador for countless brands, including Superga, Coca-Cola, and Rimmel.

This year, the 'How to be lonely' singer opened up about freezing her eggs at age 24, and then again at 27.

Ora admitted she felt pressure to have her own children due to coming from a Kosovar background.

"I’d love to have a nice big family," she told The Independent. "And I think as women, we put that pressure on ourselves, subconsciously, because we feel like that is our duty – to create and give life... So, I just wanted to not worry about it. And I didn’t after, and it was the best thing I ever did."

Before breaking into the music industry, Rita Ora reportedly dated Bruno Mars from 2009 to 2011.

"It was love at first sight. I was 18 and starting out. I thought: 'Wow, that's just the world's greatest guy,'" she told German Magazine Bravo, according to Express.

"We ended it last year. But we remained close. And when we were together, we were so happy."

While Kardashian tweeted an angry message about a cheating ex-girlfriend, which many assumed to be about Ora, the pair seemingly disagreed on whether they were in a relationship or not.

"I never thought it was actually a relationship," the singer admitted.

"I never mentally defined it as 'boyfriend, girlfriend,'" she added.

"When I split up with him, I said, 'It’s because I’m never there, I don’t know how to do it.' That’s all I said, then... the rest happened. He obviously felt that creating myths was the way forward." 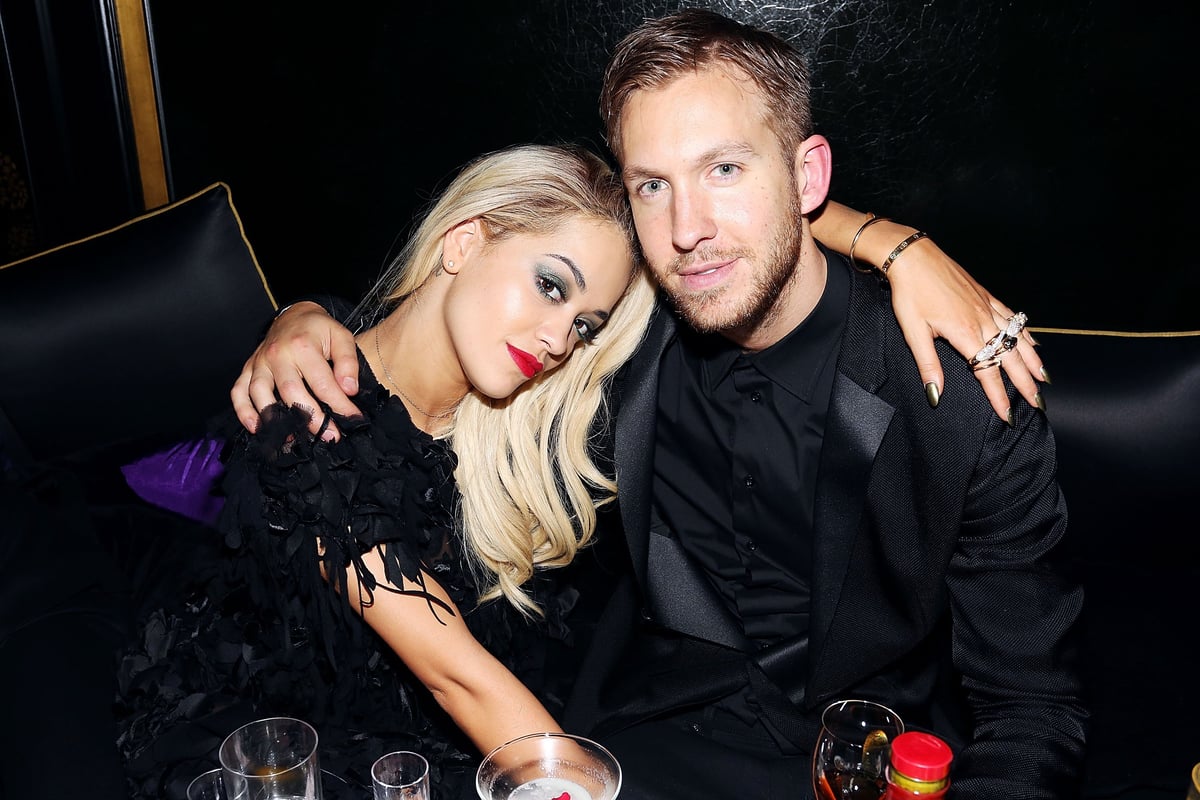 From May 2013 onwards, the singer had an on and off relationship with Scottish DJ Calvin Harris.

Their relationship later turned ugly when the pair split in June 2014. At the time, Harris, who had been producing songs for Ora's second album, legally blocked her from performing the new songs, delaying the release of her album.

He also blocked her from performing the new songs at the Teen Choice Awards in 2014.

"I was supposed to perform, and for anyone that doesn't understand how it works, [Harris] wrote and produced the song — I mean, he's an incredible songwriter, never going to disregard his talents, he's incredible," Ora told Ryan Seacrest in 2014.

"So [Harris] has to approve anything TV-wise, for anybody that doesn't get it, and obviously, he owns the rights to it, and he didn't approve the Teen Choice Awards."

Speaking to Marie Claire, she later added: "I thought he had my back and that he'd never steer me wrong. But then 'I Will Never Let You Down' came out, and everything started to go a bit weird. I don't know if it was because business was mixed with personal or what." 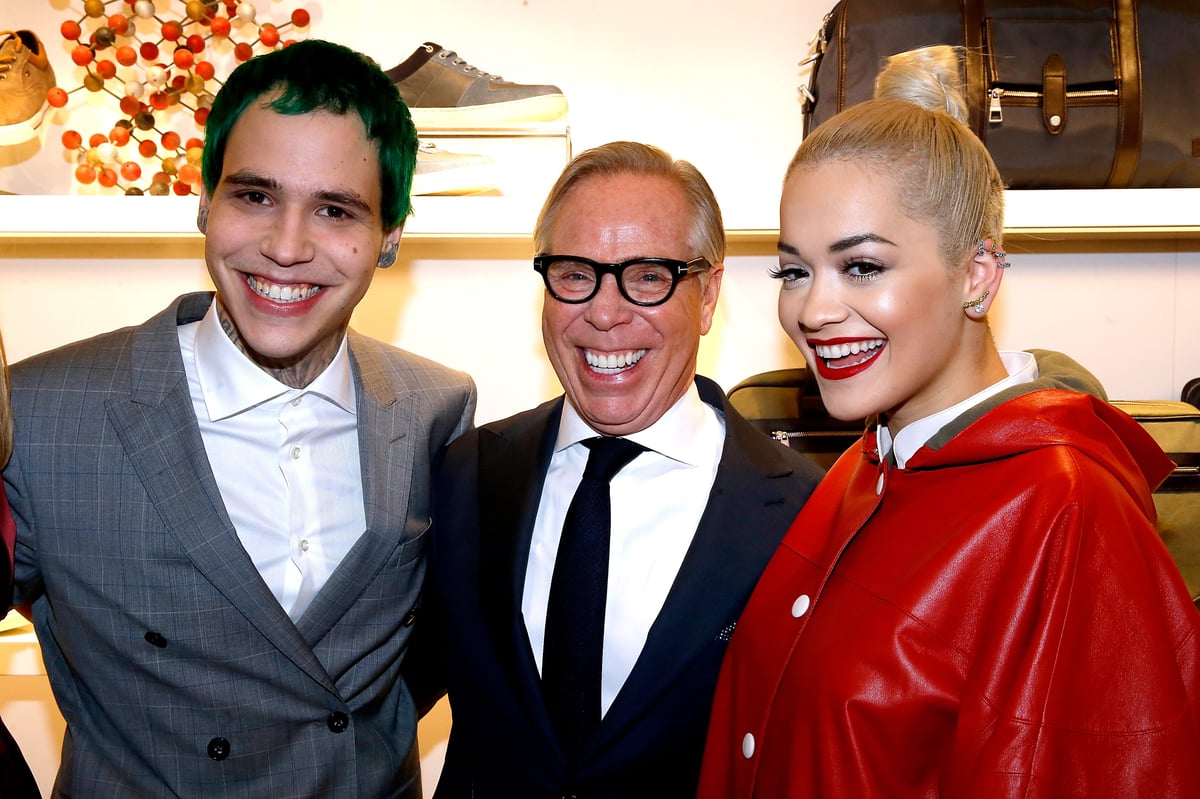 Ricky Hilfiger, Tommy Hilfiger and Rita Ora. Image: Getty. From late 2018 to early 2019, she reportedly dated The Amazing Spider-Man actor Andrew Garfield. However, according to The Sun, the pair went their separate ways because Garfield wanted "a more private life".

Prior to heading down under, the 'Let You Love Me' singer was dating 39-year-old video director Romain Gavras.

Since March 2021, Ora has been dating director Taika Waititi.

After the two were spotted together in Sydney a few times, Ora seemed to confirm their romance in an Instagram post in April, posting a picture of herself being embraced by Waititi in a carousel of photos.

The pair first met in Australia, and it was not something Ora says she was "looking for".

Since their 'IG official' announcement, the couple have been seen attending the RuPaul's Drag Race Down Under premiere together and then more recently were seen at the LA premiere for The Suicide Squad.

"I didn’t expect to find love in Australia, nor was I looking for it," she shared.

In regards to a public relationship, the singer says she has every intention to keep hers out of the spotlight. "I think protecting something that you really care about, you’ve got to have a sense of privacy a little bit. I wouldn’t have known that if I didn’t go through what I went through in the past," she said before admitting she had been too "trusting and over sharing".

"It’s OK to be a bit more reserved with things that you find private and want to protect." 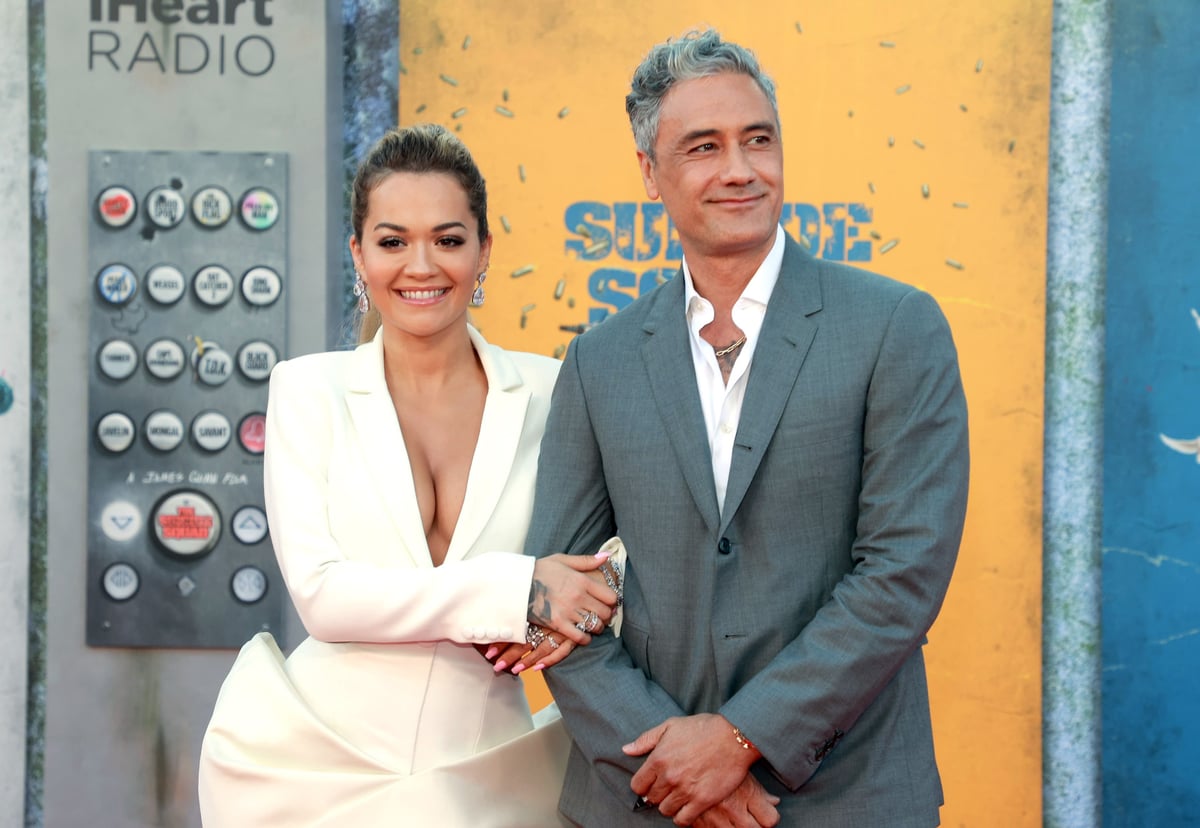 In a bizarre conspiracy theory, Ora has also been linked to Jay Z in the past.

When Beyonce's surprise album Lemonade dropped in 2016, tabloids speculated that Ora could be the woman referred to as "Becky with the good hair".

While Ora has long denied the rumours, conspiracy theorists claimed that photographs of Ora wearing a bra with lemon appliques and a 'J' necklace was "proof" of the affair.

Setting the record straight, the 30-year-old told The Times: "Hey, all I want to say to that is, dude, if I were Becky with the good hair, wouldn't I actually have to have good hair? Look at it. It's all weave and extensions."

In 2020, Rita Ora was accused of blackfishing by fans. (Blackfishing is a term used to describe women who appear to masquerade as black or mixed-race women, or appropriate black style and culture, on social media.)

The controversy unfurled after a Twitter user shared a photo of the singer alongside her parents as well as photos of Ora wearing historically black hairstyles, which is widely considered cultural appropriation.

"Finding out Rita Ora isn't black at all and both of her parents are white Albanians is so trippy. The girl's BEEN blackfishing," the user wrote.

Ora has never publicly responded to the claims.

The singer faced controversy once again in November 2020, after breaching the UK's strict COVID-19 restrictions by attending her 30th birthday party at a West London restaurant.

The party was discovered after police went to the restaurant follows reports about a potential breach of lockdown restrictions.

At the time of the party, pubs and restaurants were closed due to lockdown restrictions. Under the rules, it was against the law to meet more than one person you do not live with in public. 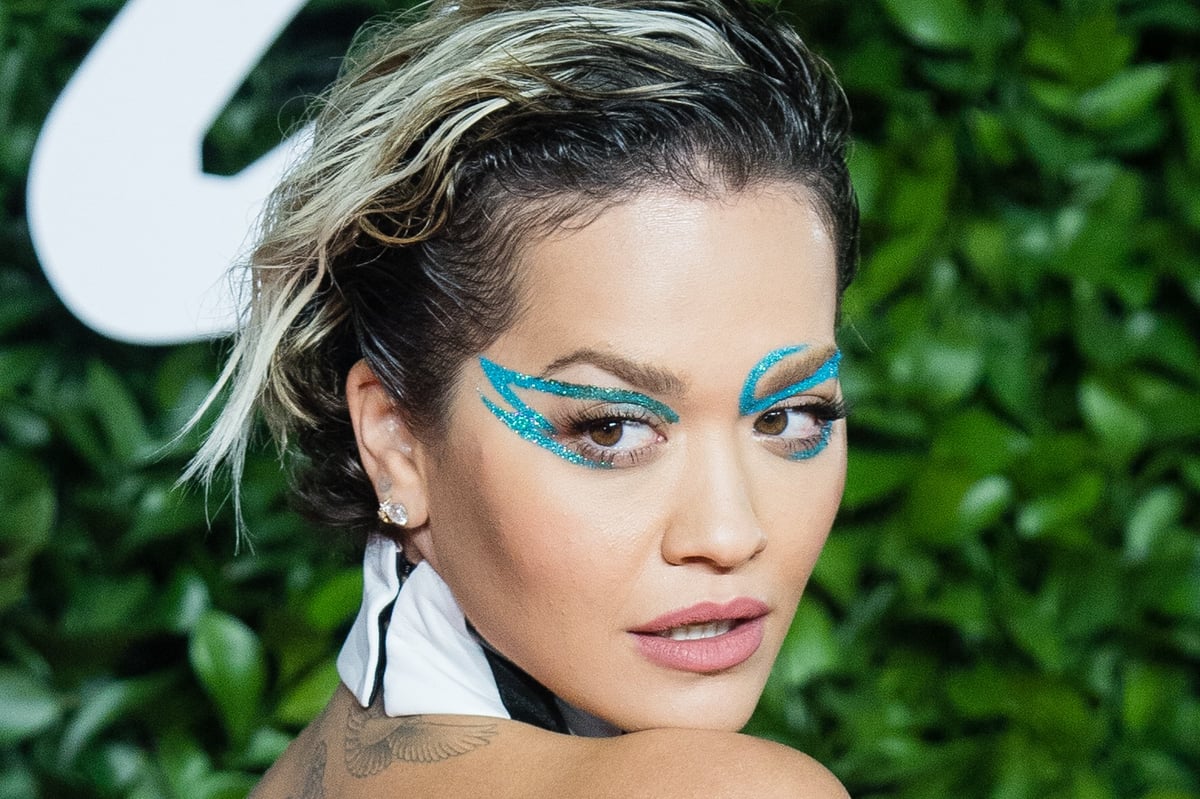 Rita Ora arrives at The Fashion Awards 2019. Image: Getty.  Ora said: "Hello all, I attended a small gathering with some friends to celebrate my 30th birthday. It was a spur of the moment decision made with the misguided view that we were coming out of lockdown and this would be okay.

"I’m deeply sorry for breaking the rules and in turn understand that this puts people at risk. This was a serious and inexcusable error of judgment. Given the restrictions, I realise how irresponsible these actions were and I take full responsibility.

"I feel particularly embarrassed knowing firsthand how hard people have worked to combat this terrible illness and being fully aware of the sacrifices that people and businesses have made to help keep us all safe. Even though this won’t make it right, I want to sincerely apologise."

A number of people were photographed arriving at the restaurant, including Ora, Cara Delevingne and Poppy Delevingne.

Since then, the star has openly shared her "incredible embarrassed" over the situation, regarding it as a "serious and inexcusable error of judgement".

"I still feel embarrassed. And the regret..." she told The Independent. "It’s really hard for me to talk about it. I just wish I had made a different choice. It makes me sad because it’s something I wish had never happened."

"People were making huge sacrifices at the time, and I let them down. And that hurts. It really hurts."