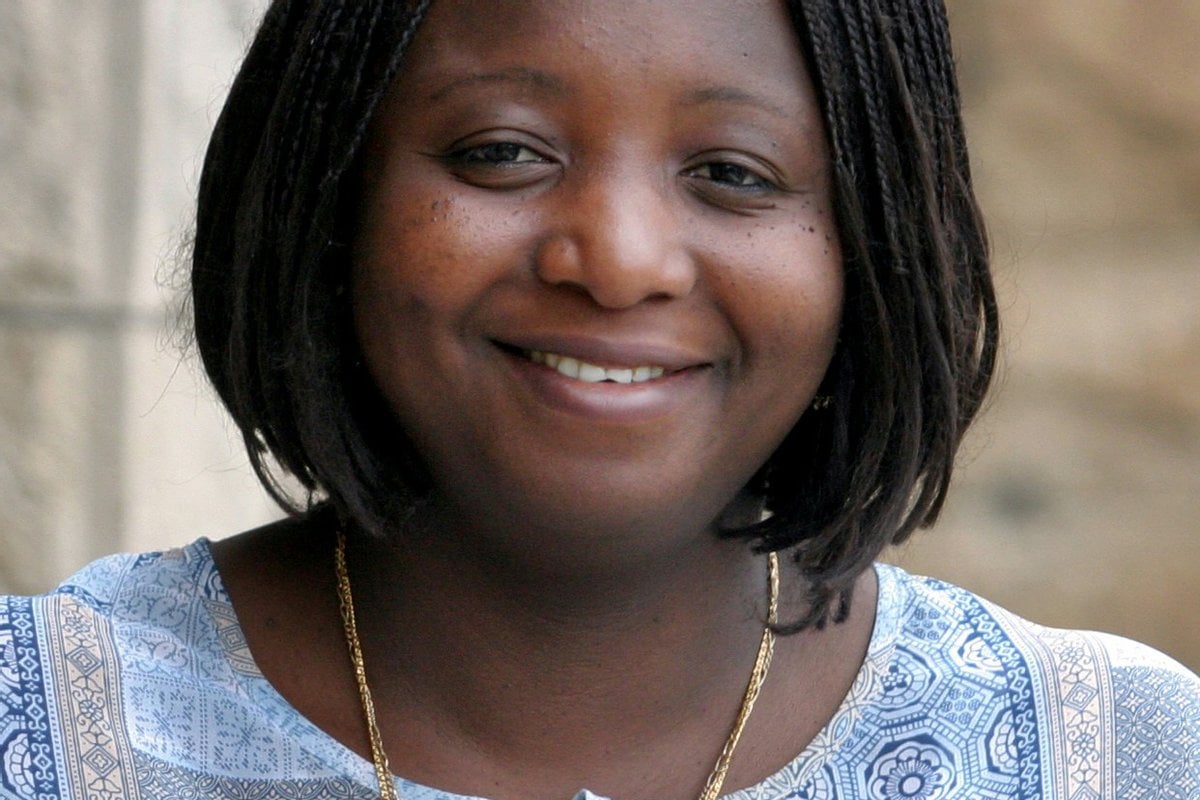 Content warning: This story mentions sexual assault and could be triggering for some readers.

I’ve been a warrior for women’s rights since I can remember. At just 12 years old, they arrested me for wearing trousers instead of a skirt in the dictatorship of Zaire, which is now known as the Democratic Republic of Congo (DRC). I remember thinking, this just isn’t right.

After high school, there was no choice for me but to get married. I was lucky that my husband cares about gender equality, so he supported me through further studies, and I later joined him at a human rights organisation.

Watch: Belgian monarchs reiterate the need to protect human rights in the Democratic Republic of Congo. Story continues after video.

But in 1990, I returned from the markets one day to find a police car outside of my home. They had arrested my husband for his human rights work. I had no choice but to flee.

Moments later I was fleeing with my two young daughters, and we started the 120km trip on foot to safety in Zambia, with none of our documentation. It was hard enough making the trip with a four-and six-year-old, but I was also pregnant at the time.

At the border, I had to instruct my kids not to make any noise so we could cross illegally without being shot at by the guards. It was one of the most terrifying moments of my life, but we made it to the other side.

We had fled so quickly that we had almost nothing with us, so it forced me to sell what little we had so we could afford to reach a refugee camp in Zambia – I even had to sell my daughters’ shoes.

Finally, we arrived in the camp where other women helped me build a tent and supported me during the first days. With what little they had, the women kept me and my family safe.

I was terrified for my husband, and for the safety of my daughters and my unborn child. What would happen to us? Where would we find safety?

I was also worried about all those we’d left behind, and I knew if I survived I would spend the rest of my life helping other women like myself.

To our great astonishment, my husband later turned up at the camp hospital. He had escaped after being beaten nearly to death by the police.

These days, I’m a proud Australian. I was nearly deported at one point, but I fortuitously sat next to the Australian High Ambassador to Zambia in church, and he advocated for me to stay here because if I went home, I faced near-certain death.

I’ve now had three more children and watched them live out their lives as young Australian women who have access to a good education and live in safety.

For the past 20 years, I have worked at Caritas, Australia, where I lead our programs in the Democratic Republic of Congo, or DRC, as we often call it.

It is important work as, without question, the DRC is the worst country in the world to be a woman.

Women are not just raped, they are violated, humiliated, tortured and mutilated – from as young as six months old to over 70 years old. And afterwards, it’s the women who are blamed.

Rape has become a weapon of war in the DRC. It’s estimated that over one million women and girls have been sexually assaulted over the last 20 years.

Say that out loud to yourself – one million women have had their lives destroyed, their innocence stolen, their world crushed.

This is not acceptable. We must do more.

Poverty and conflict worsened their plight. It’s extremely tough for women to flee when there is nowhere else to go, and when there is very little money, food or clean water to go around to begin with.

The DRC has one of the highest number of people facing acute food insecurity in the world – about 26 million. After decades of conflict, many farms are no longer productive enough to sustain the families that rely on them.

And it’s not just the DRC, but many other countries in Africa that are facing the deadly consequences of not having enough food. Across much of Eastern Africa, extreme droughts, conflicts, even locust plagues have led to millions of livestock lost, failed crops, and now severe, crippling hunger.

Around the world, food and fuel prices are skyrocketing because of the war in Ukraine. Regions like Africa are especially impacted. Around 80 per cent of all the wheat in the DRC is from Ukraine and Russia, and it’s much the same in other countries like Somalia, Ethiopia and Eritrea. Countries who were already in dire straits are now, put simply, a disaster.

People who already had very little will now just go without. Families that were already hungry, are now going to starve.

Right now, around 346 million people in Africa are impacted by this food crisis. And when there’s not enough food to go around, it’s women and children who suffer first.

When there is a shortage of food, women and children often eat last, and least, in highly unequal societies like the DRC. This is dangerous for children's development, and for pregnant and breastfeeding women.

This kind of mass hunger can destroy whole generations.

All of this sounds depressing, because it is. My life has not been very easy, and I know how it feels to be forced to flee from the only home you’ve ever known.

I know what it is like to have nothing left at all, and to be at the mercy of others for shelter and safety, and I use that experience every day in my work.

And I believe we need to start paying attention to the women and girls who are suffering right now in the DRC and other countries in Africa. The vast majority won’t be able to go to a new country to find safety, so we need to create that safety for them.

The message is clear: if we're going to save lives, we need to act now.

Lulu Mitshabu was born in the dictatorship of Zaire, now known as the Democratic Republic of Congo (DRC). She has been working for women’s rights in the DRC for over 20 years. She is the Africa Programs Coordinator at Caritas Australia, an international development and humanitarian aid organisation based in Australia that works to address global poverty and inequality.

C
candiceg a month ago

Reply
Upvote
Thank you for sharing your story, Lulu and for the work you’re doing bringing much needed attention to the situation in DRC and other African countries. Please share how we can help!
K
kbrisbane a month ago