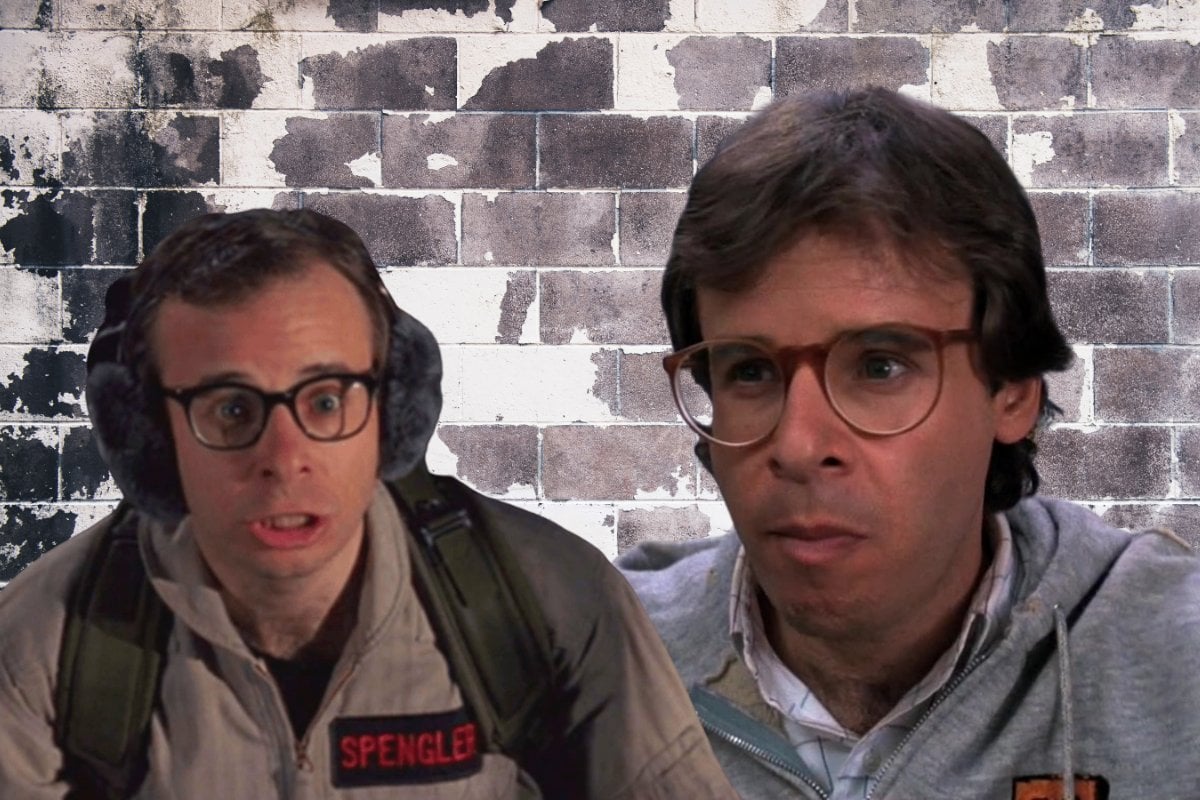 Rick Moranis' filmography may as well be a list of 80s cult classics:

Ghostbusters, Little Shop of Horrors, Honey, I Shrunk The Kids, Ghostbusters II. Then in the 90s he was Barney Rubble in The Flintstones and appeared in the many Honey sequels.

But after a family tragedy, Moranis slowly retreated from public life.

Watch: The Honey, I Shrunk The Kids trailer is a real blast from the past. Post continues below video.

They had two children, Mitchell and Rachelk, before Belsky died from breast cancer in 1991.

Suddenly, Moranis found himself a single parent and in-demand actor, with his job requiring lots of travel and weird hours.

So he gave it all up.

"I pulled out of making movies in about 96 or 97," Moranis told USA Today in 2005, having previously scaled back the amount of work he took on. 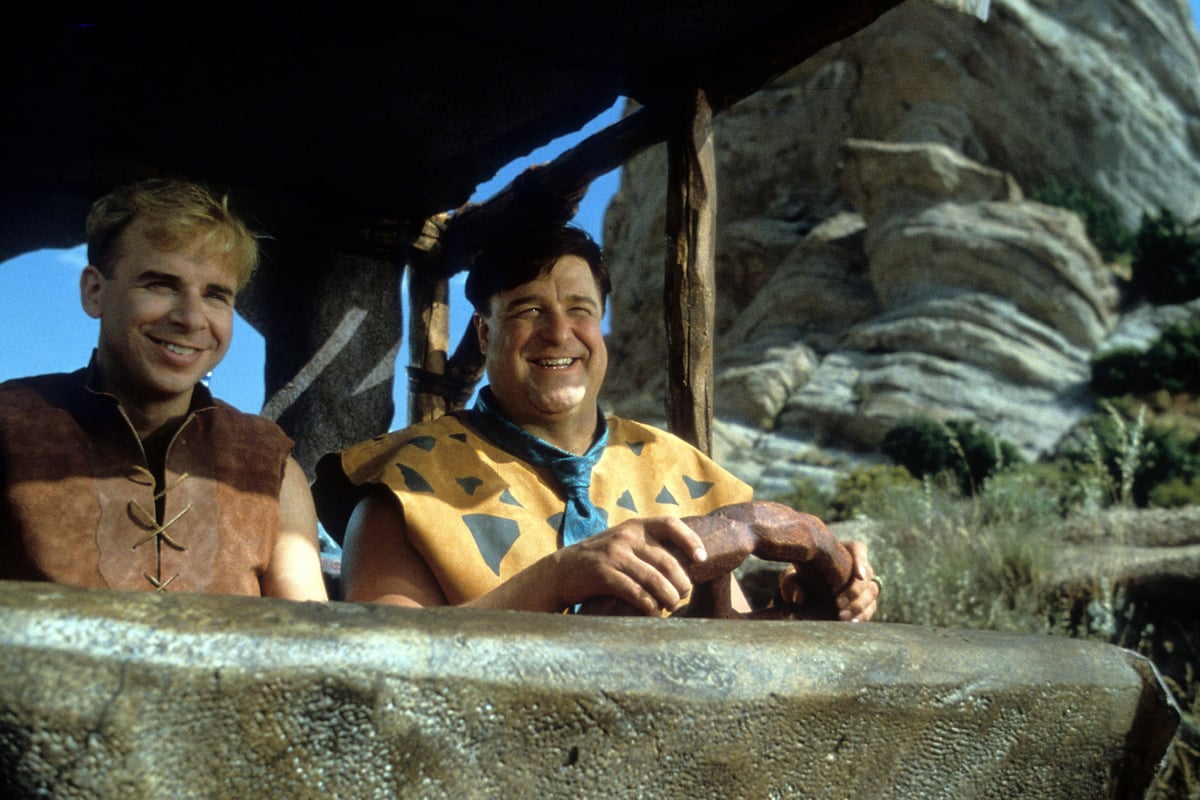 Rick Moranis and John Goodman in 1994's The Flintstones. Image: Getty. Months turned into years, which turned into decades.

Between the direct-to-video Honey, We Shrunk Ourselves in 1997 and 2020, Moranis has just a handful of voice credits to his name, including in Disney's Brother Bear and Brother Bear 2.

He also released a number of comedy albums, including Grammy-nominated The Agoraphobic Cowboy in 2005.

In a 2013 interview, Moranis said he understood his drastic lifestyle change was a source of fascination for many.

"The decision in my case to become a stay-at-home-dad, which people do all the time, I guess wouldn't have meant as much to people if I had had a very simple kind of make-a-living existence and decided I needed to spend more time at home," Moranis said on the podcast Bullseye with Jesse Thorn.

"Nobody would pay attention to it, but because I came from celebrity and fame and what was the peak of a career, that was intriguing to people. To me, it wasn't that. I didn't have anything to do with that. It was work, and it was just time to make an adjustment."

He said he missed elements of his career, particularly the people he worked with and the variety of day-to-day.

"I missed the very refreshing nature of doing something radically different every day," he said in the podcast.

"Raising kids and being a stay-at-home parent, especially a single parent ... there's a lot of sameness. It's a very different kind of life than being on the set with [Dan] Aykroyd and [Bill] Murray and Steve Martin.

"So I missed that kind of thing, but I found lots of joy and lots of rewards in other places. It was just all part of an adjustment." 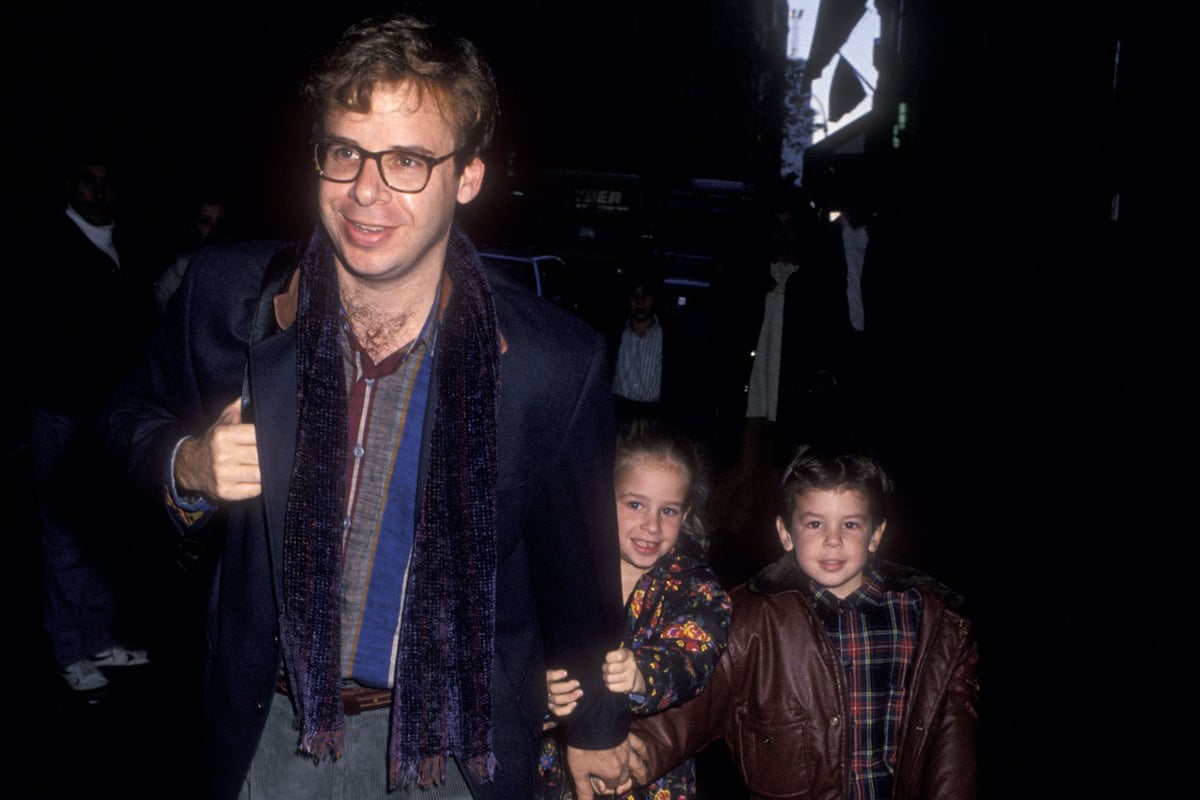 Moranis and children at the 1993 The Nutcracker premiere. Image: Getty. In 2015, he was the only original Ghostbusters star to not appear in the reboot. The furore around this decision was so strong, he ended up granting a rare interview to The Hollywood Reporter to explain himself.

"I hope it's terrific," he said at the time. "But it just makes no sense to me. Why would I do just one day of shooting on something I did 30 years ago?"

Moranis told THR he wasn't retired and would make a return to screens if he found something that interested him.

In February 2020, Moranis' official return to acting was confirmed with a role in Disney's reboot of the Honey, I Shrunk The Kids franchise.

But he arrived on screens earlier than expected in September 2020, alongside Ryan Reynolds in an ad for his Canadian mobile company Mint.

Today @Mintmobile is launching unlimited for just $30 AND bringing back Rick Moranis. Suck it, 2020. pic.twitter.com/N1sl7mYchF

Only weeks later, Moranis was walking through Manhattan's Upper West Side around 7.30am when he was the victim of an assault, suffering minor injuries to his head, back and hip.

His management confirmed he was okay, thankfully, but the attack - which was caught on CCTV - caused a lot of outrage from fans and other stars.

My blood is boiling. Find this man. You don’t touch Rick Moranis. https://t.co/VXBbTjdDwa

Should have known not to subject Rick to the year 2020. Glad to hear he’s okay.

On November 15, a 38-year-old man was arrested and charged for the attack.