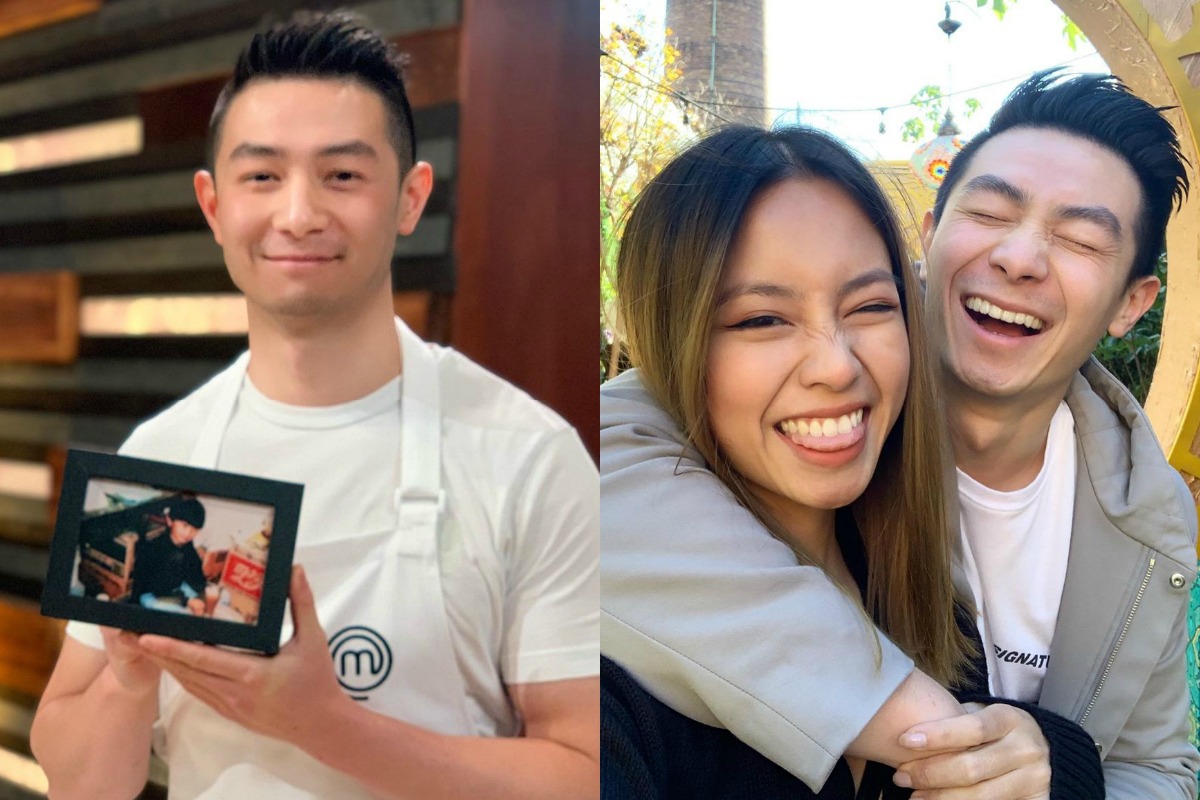 With the new and revamped MasterChef back on our screens, the country is not only falling in love with a whole new set of judges, but we’re also getting reacquainted with familiar faces.

From Hayden Quinn to Poh Ling Yeow, faces we recognise from the ‘glory days’ of the cooking show have been back battling it out in the kitchen.

One of the returning all-stars, Reynold Poernomo, we met all the way back in 2015 when he was just 20 years old.

And now, he's reached the top five in the competition.

WATCH: If you’re yet to watch Masterchef, here’s what you’re missing. Post continues after video.

Even in the promos for Reynold’s original season back in May 2015, he was being pegged as the “King of Dessert,” a title he would go on to hold throughout the season.

“Best dessert I’ve seen in six years,” former judge Matt Preston told Reynold in his original audition. Preston even went so far as pulling Reynold’s mum into the audition room to show off the plate they’d licked clean after tasting Reynold’s first-ever dish on the program.

Both Reynold and his mum were brought to tears when he was handed a top 24 apron.

Born in Indonesia, the now 26-year-old came to Australia when he was just four. His parents owned seven popular restaurants in Indonesia but left the country because of unrest.

On an episode of MasterChef in May, the closely guarded 26-year-old opened up about the family’s move to Australia.

Before the family moved away from Indonesia, Reynold spent most days after school at his parent’s restaurant.

“A long time ago my parents had a restaurant together. I remember going after school, and people would think that I’d be learning so much from my mum or my dad, but actually they’d be working so hard in the restaurant,” he said.

“I remember during immigration having my parents taken away for a little bit. The restaurant closed down of course, my brother was getting food for me when I was hungry,” he added through tears.

“It was the only time I had time with my parents, watching them work.”

The season frontrunner also shared the current COVID-19 situation reminded him of his time in Indonesia, as due to lockdown measures, his restaurant Koi Dessert Bar (which has since reopened) was briefly closed.

A photo of a potato holding a photo of a potato ????. What a deep episode it has been tonight. Not many people know our story, we don’t talk about it much. In life we all hold our own stories. • Here’s one to you Mum, Dad, my brothers & my aunty. And of course you know who you are, the hero that fought to keep us in Australia and now we are proud to call Australia home. @pompenompeno @arnoldpo #masterchefau#potato#memories#family

“I feel really emotional seeing the photo, because not only were they not happy memories with the pandemic happening right now with COVID-19, we had to close all of our venues,” he shared.

“It won’t be forever, but we’re a family business and I’m not sure when we’re going to open again. In a way, my family is a little bit jobless at the moment.

“We’re struggling through this again. And that picture just really hit it home.”

Reynold returned to MasterChef: Back to Win this year hoping to “prove he was more than just dessert,” after spending so many years being recognised as the ‘dessert guy,’ he told the Daily Mail.

He’d always loved creating desserts and his passion for inventing delectable treats got him to fourth place in MasterChef season 7.

Just a few short months after appearing on MasterChef, Reynold hosted a series of very successful dessert pop-ups in and around Sydney before opening KOI Dessert Bar in January 2016. Situated in Sydney’s Chippendale, Reynold runs the eatery alongside his brothers. Last year, they changed up their menu to include full dinner spreads.

He told Popsugar the biggest hurdle in his career has been taking credit for all the work behind KOI, none of which would have been possible without his mum and brothers. The company website says the core of the business actually first started in the family garage back in 2012.

Over the years, KOI has served the public such creations as ‘PBJ On Toast’ (a caramelised brioche slice with peanut cream, strawberries and a blackberry gel), cauliflower ice cream served with lavender honeycomb, and an avocado mousse with coffee and chocolate, in an effort to “challenge people.”

In 2017, Reynold and his family opened a sister dessert bar in Ryde, which acts as a production facility for both shopfronts, as well as being a cooking school and cafe.

Reynold was recognised by Forbes Asia in 2017 in their annual 30 Under 30 list, and Wikye reports his wealth is anywhere between $1 million and $5 million.

Reynold’s girlfriend since 2017 Chelia Dinata is currently living in Bali after finishing up a university degree at UNSW, and his Instagram shows the pair regularly travelling around the world together (before lockdown of course.)

However, even before COVID-19 the long-distance relationship had its difficult moments.

“It’s 100 per cent tough anyway, and then COVID-19 happened. I’m not even sure when I can next visit her now,” he told TV Week.

And, if that wasn’t enough, he explained that there is now an added pressure for them to take the next step.

“There is pressure to get engaged. I definitely want to get married, but I have a checklist I must meet before I put a ring on her finger,” he explained.

“I have standards. I want to be financially stable, own multiple businesses and have my own house.”

With a following of over 400,000 on the social media platform, Reynold’s managed to maintain an impressive following since his first appearance on TV.

He’s also got a YouTube accountwith 95,000 followers. His latest video shows Reynold and his girlfriend baking cookies together. He also shares some of the hardships in maintaining a long-distance relationship, filming his sadness of having to wave goodbye to Chelia at the airport.