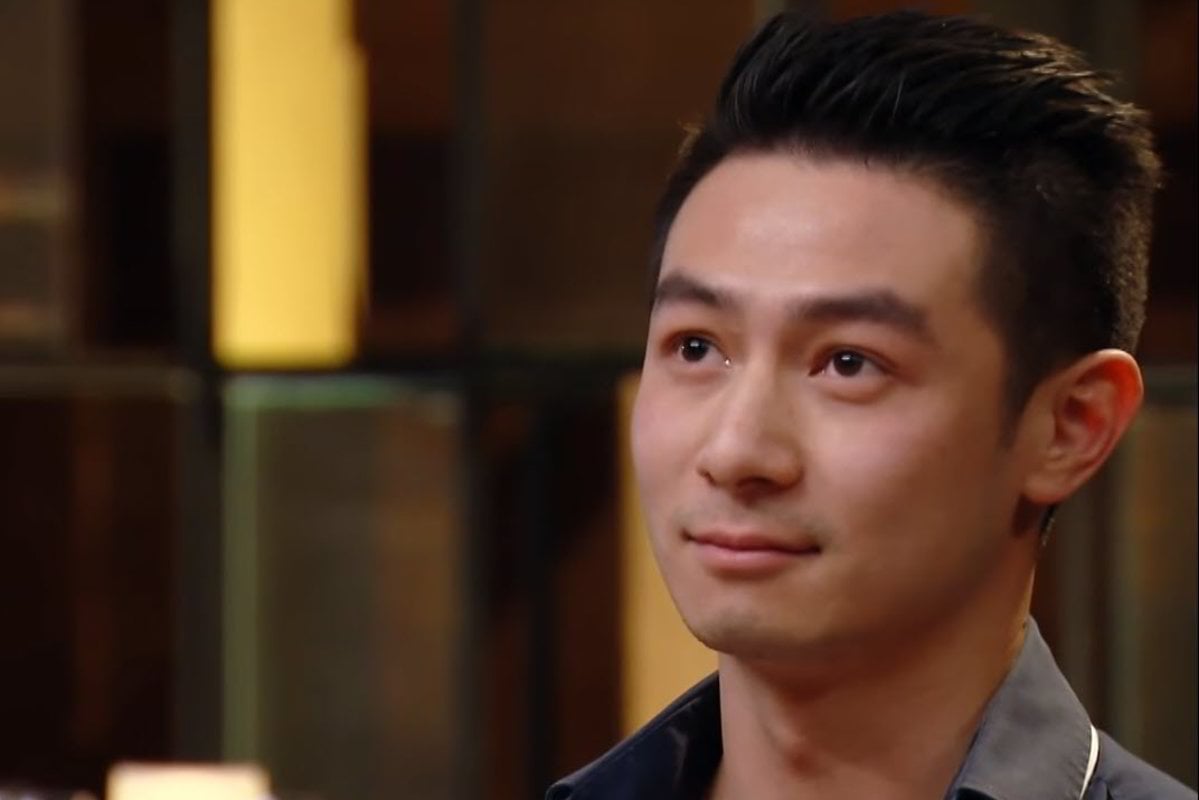 To catch up on all things MasterChef Australia 2020, make sure you che﻿ck out our MasterChef hub. We’ve got you completely covered.

﻿﻿In the world of reality TV, MasterChef Australia is an anomaly.

While other shows bank on drama - manufactured or genuine - MasterChef takes the opposite approach. It's a show where the food is the focus and contestants help each other. It's bloody wholesome.

Things I say while watching MasterChef. Post continues below video.

So it came as a shock when homophobic comments, written by contestant Reynold Poernomo on an internet thread in 2014, resurfaced in the media in May.

The words were written not long before he first appeared on our TV screens, as the young but immensely talented 20-year-old "dessert king" on MasterChef Australia's seventh season in 2015.

Reynold publicly apologised soon after the comments emerged, saying he was ashamed of his words and regretted them immensely.

"At the time these comments were made, I was a very immature, close-minded and insular 20-year-old," he said.

"I've grown and matured a lot in the last six years. I'm not the person I was back then."

Speaking to Mamamia following his elimination on Sunday night, Reynold said it was important that he own his mistakes and show how he had grown, both verbally and through actions to support the Queer community.

"This mistake that I made, I can't brush that off. I can't lie about it, I can't hide it.

"I thought it was really important to see a mistake that was made years ago and show the progress that I've gone through in life. Change is with everyone, everyone makes bad mistakes and life is all about learning and moving forward," he said.

"People are highly capable of change, just as the world is."

Reynold said his fellow contestants and friends knew how his beliefs had progressed in the six years since he wrote those comments.

HUGE CONGRATULATIONS to @laurasharrad @emelia_jackson - two lifelong friends and talented cooks. Wish you both nothing but the absolute best of luck for the Grand Finale. It’s one last hurdle and whoever lifts that glorious trophy, deserves it! We’ve all been put through some crazy rough challenges, and only the best deserves to lift that trophy. I’m truly humbled, grateful, privileged, blessed and honored to be given a second chance to come back to this incredible competition. I thank God for such a blessed opportunity, my family who have supported me through and through, especially how they basically covered my ass amidst the toughest moments in the pandemic over the months of filming. My beautiful love @cheliadinata for reminding me to be humble, grateful and to stay strong through my highs and lows. Thank you to my team @koidb for staying together and fighting through the challenges. To my friends, thank you all for such warm encouragement, dinners, runs, wines and looking after me through all the highs and lows of MC. You all know who you are. Of course my fans for such incredible support throughout my journey from 5 years ago to now and hopefully beyond!! Lastly, I want to not only thank, but congratulate @fooderati @zonfrillo @andyallencooks for being incredible throughout this year of @masterchefau. There is more success to come and the future of MCAU is looking pretty damn good. It was truly an honor to cook in this kitchen with raw passion, and serve you dishes from my heart. To the team behind the scenes, you are truly incredible people and made the journey amazing. THANK YOU! #loveyouall#thankyou

In fact, behind-the-scenes it sounds like this season of MasterChef was even more wholesome than we can imagine.

"I love everyone," he said.

"The crew, they're phenomenal. They absolutely made the experience and whole journey. The crew is quite big and they look after us so well, they're such genuine people.

"The contestants, we all kind of knew of each other before we came in and it didn't take long for each of us to click. It's like, 'Hi, I know you' and 'I know you too!'.

He said the group, who had become lifelong friends, would get together after filming for dinners, barbeques and games nights.

Reynold was eliminated in an emotional semi-final on Sunday night, with the "dessert king" ironically brought down by a dessert.

Despite this, judge Melissa Leong praised him, saying he was such a powerful role model for migrant kids.

Reynold admitted it was tough to watch back, but said it was important for him to share his story. Reynold was born in Indonesia and moved to Australia with his family when he was four years old.

"A lot of migrants share very similar stories, actually. Of growing up from humble beginnings.

"I guess when it comes to a migrant having nothing and having to work our way up and establish ourselves in a foreign country, we all have to work twice as hard to survive in this world. Whether you're first generation, second generation, it's never easy."

A photo of a potato holding a photo of a potato 🥔. What a deep episode it has been tonight. Not many people know our story, we don’t talk about it much. In life we all hold our own stories. • Here’s one to you Mum, Dad, my brothers & my aunty. And of course you know who you are, the hero that fought to keep us in Australia and now we are proud to call Australia home. @pompenompeno @arnoldpo #masterchefau#potato#memories#family

Throughout the series, viewers were amazed at Reynold's creativity, and his ability to remain cool and calm even under a truly ridiculous amount of pressure.

How the heck does his brain work?

Just in case you had any doubt, Reynold is very organised. He plans everything out, right down to the food's texture. In his mind.

"I plant a seed in my head, and then slowly in my head I work out what I want it to look like, taste and how it should be presented. I like food to be provocative and have a story and background to it. It just takes time, it's like design. For me, food obviously has to be super tasty, it has to have texture, and the look is just as important."

But Reynold was clear it's not as simple as he makes it look.

"Creativity doesn't really come when you want it to. It just comes out of the blue. I get a lot of roadblocks," he said.

Reynold said emerging from his 'MasterChef bubble' back into the world was especially strange. COVID-19 impacted the running of MasterChef, but the show continued to film.

"It was quite nice actually, to feel like I was still working. It felt like a paradise almost, where day in, day out I was going in and cook.

"After the show was over, I went straight back to work and by the time I got back, the lockdown restrictions had kind of eased up. There wasn't really time for me to go into lockdown completely, so I was quite fortunate."

He said KOI lost about half of its staff because of the pandemic.

"A lot went back to homes overseas, and that was really tough.

"Now we've had two months of opening and we're not fully operational. We're re-staffing, re-hiring and trying to get back to our operational hours again but it's still a worry with a second wave. If it does happen it will impact our business a lot harder."