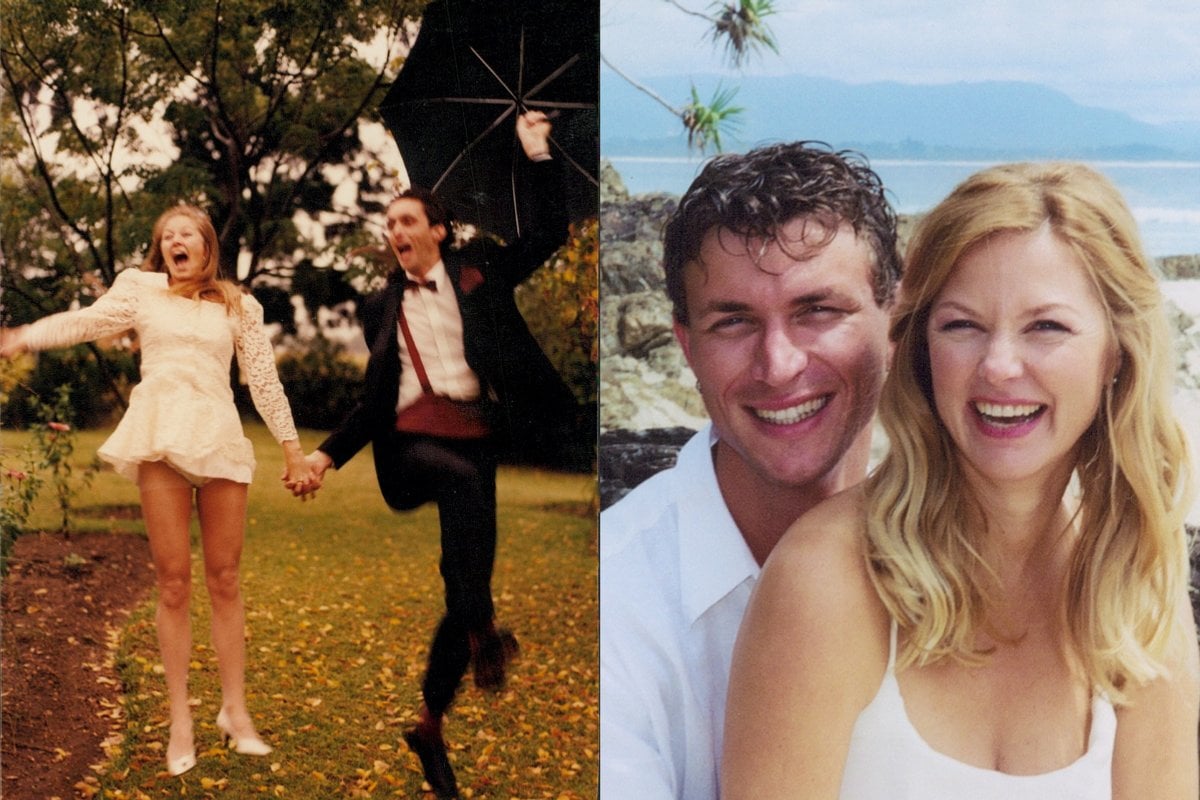 When people hear I have been widowed twice, they look at me askance.

To use an Oscar Wilde cliche, to lose one husband is deemed unfortunate, but to lose two is simply careless.

But when they hear I’ve also buried a 16-month-old son, people tend to look very awkward and shuffle backwards until they are out of the room.

They seldom stick around to hear that since then, I’ve made a genuinely happy life where I have learnt to live alongside my grief. I even married again and had two sons.

Ok, so it’s not finally the white picket fence ending I always wanted, where I raise children with my husband and we all live happily ever after. Turns out my baggage was too heavy for my lightweight third husband, so we subsequently divorced when our children were little.

But my life has been pretty damn glorious – these many years as a single mum raising my sons in Australia have sparkled with joy.

Of course the deep sorrow and horror of my past never go away and it is always lurking in the neighbourhood of my mind. But I have learnt to surf the waves of anguish which roll through, the waves now less frequent and less intense.

Has my life experience given me some super power or incredible epiphany? No. But it has taught me that time is a great healer, even though when people tell you that, you want to smack them.

Did such sorrow change me fundamentally? Did it make me stronger and more resilient? Sadly, again no.

I became less brave, more hesitant, a lot more bitter and brittle, and with each tragedy, I faded that little bit more. But like a ball, I bounce back. Just not as high.

It was simply a case of shoulders back, tits forward, and onwards. This requires no special powers, no courage and little resilience; there’s no alternative because life carries on.

The sun rises and sets, same as ever, time ticks on, and the world carries on turning. Unless you opt to jump off this earthly merry-go-round, you just hold tight and ride on.

Besides, anyone who has suffered a terrible loss will know, we are initially too confused and exhausted and incapacitated by pain to do anything but make it through each day, one by one.

When my phone rung 30 years ago to tell me my husband had been shot in a war zone in South Africa two weeks before the first democratic elections, I thought it was the worst day of my life.

Not even a horror movie could have predicted the rollercoaster ride my life would take in the decade following this nightmare. 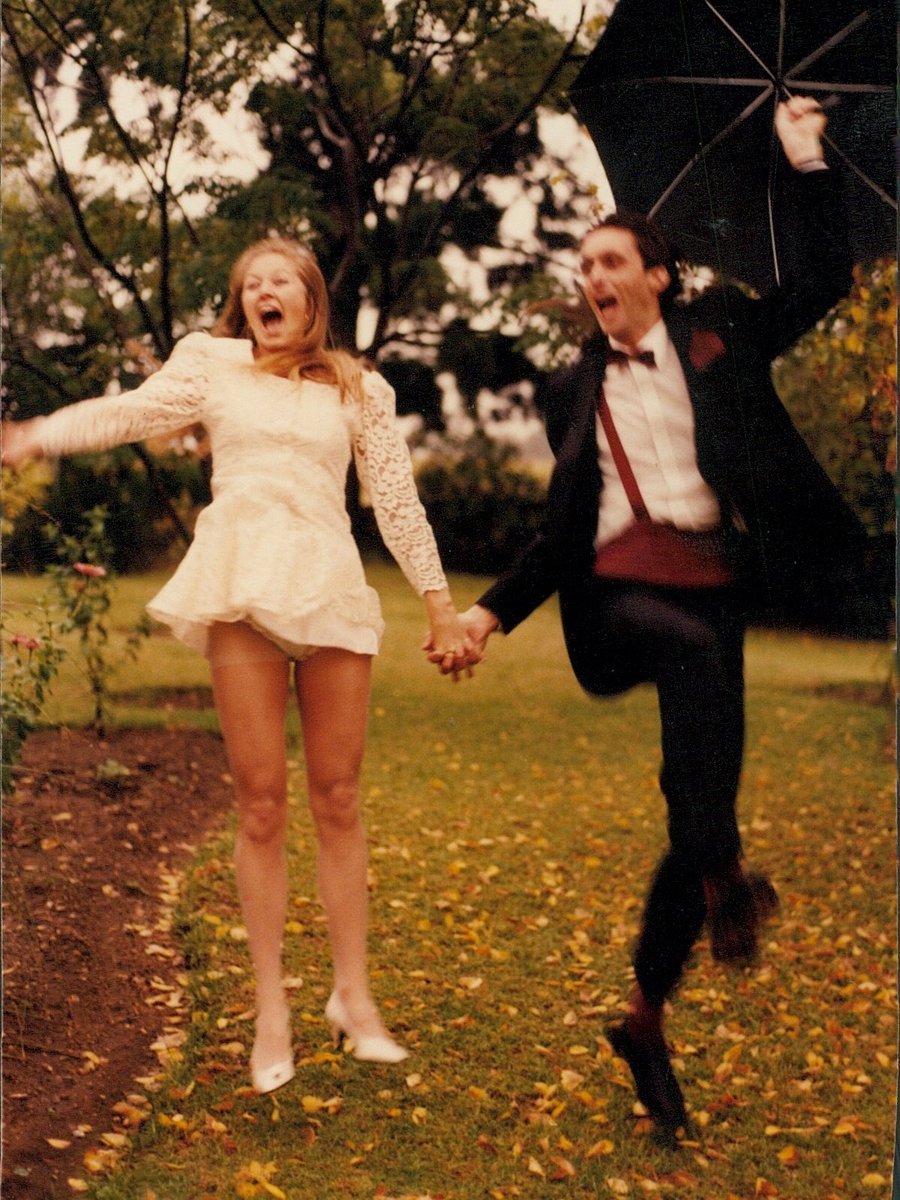 I was a wild South Africa journalist living in Johannesburg, and my husband Ken was a multiple award-winning photographer, my big first love, and life seemed filled with passion and adventure and glorious experiences

When Ken died, I froze.

As any of you who have experienced profound shock and anguish know, the body responds by shutting down the mind by flooding it with hormonal cotton wool.

My mind buzzed with an undercurrent of blankness and life made no sense. I became skeletal, my hair fell out, my eyes dilated and I could not use a spoon for half a year because my hands shook so badly. I hid in a cupboard as I didn’t want to see the world, until one morning, I woke up, packed my marriage into two suitcases and walked out.

I migrated to London, where wandering through the drizzly winter suited my mood, and months drifted by as I worked casually and drifted. I made no friends and I immersed myself in television, walking the streets at night too afraid to sleep because I feared where dreams would take me.

Exactly a year later, I returned to South Africa to start proceedings for the inquest into Ken’s death.

Instead of going out with other journalists and photographers on the anniversary of his death, I linked up with another photographer, a vague friend, Steven, and we spent the night together partying wildly.

By morning, I was the Merry Widow personified and I had totally lost the sympathy vote. I returned to London a week later, and within the month, Steven arrived on the doorstep and said: “Marry Me.”

Since I wasn’t doing anything much and I was so damn miserable, I said yes. Three days later, we wed in the Fulham Magistrate’s Court in June 1995 with two witnesses grabbed off the street, sisters aged 82 and 84, who were married to brothers.

I absolutely loved this incredibly wild and woolly man and life continued its manic rollercoaster ride with the two of us flying from one mad adventure to another.

While Ken was my great love, this was my soul mate. 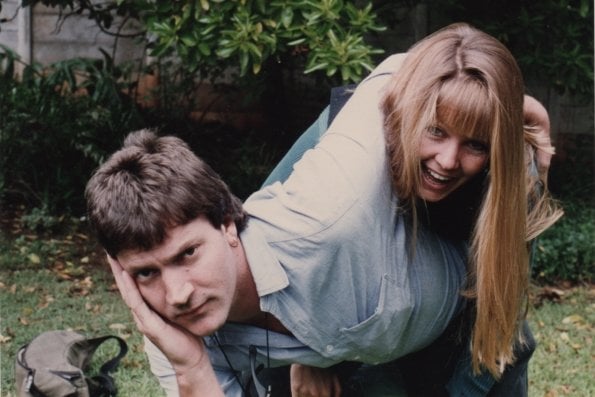 We went to Uganda to see gorillas, spent time on a chimpanzee island, took a dingy down the Limpopo river through three African countries, travelled round America for a few months, lived in Swaziland and Mocambique, all while freelancing and partying and causing sweet mayhem wherever we went.

After eight years, we had our darling son, Benjamin, and I felt my heart would explode with joy. But nah, I am like some super freak, the Queen of frickin’ Death.

Steven died of a heart attack at the age of 39. Benjamin was five months.

I honestly have no idea how I survived, bar the incredible love and support of all my families. Our shared love for Benjamin, and my need to be there to care for him, pulled me along.

But just a year and a bit later, Ben died too. He had a minor operation and due to confusion with medication in hospital, he went into a coma and passed away.

Even writing this now, tears fall, and it is over 18 years ago now.

Unless you have lost a child, the pain can’t be described.

But losing husbands did not prepare me for this level of f**kedness. It was like being stabbed repeatedly in the heart, the agony so intense I begged doctors to put me down like a dog.

I knew the journey awaiting me would be truly terrifying, and I didn’t want to survive. But I was so shocked, I was helpless. My mind literally closed down and I have no recollection of arriving in Australia with my sister, who lives here, nor of the month following Ben’s death. Did we have a funeral? Who was there? NO IDEA.

But I can tell you that three months later. I was married and pregnant again. 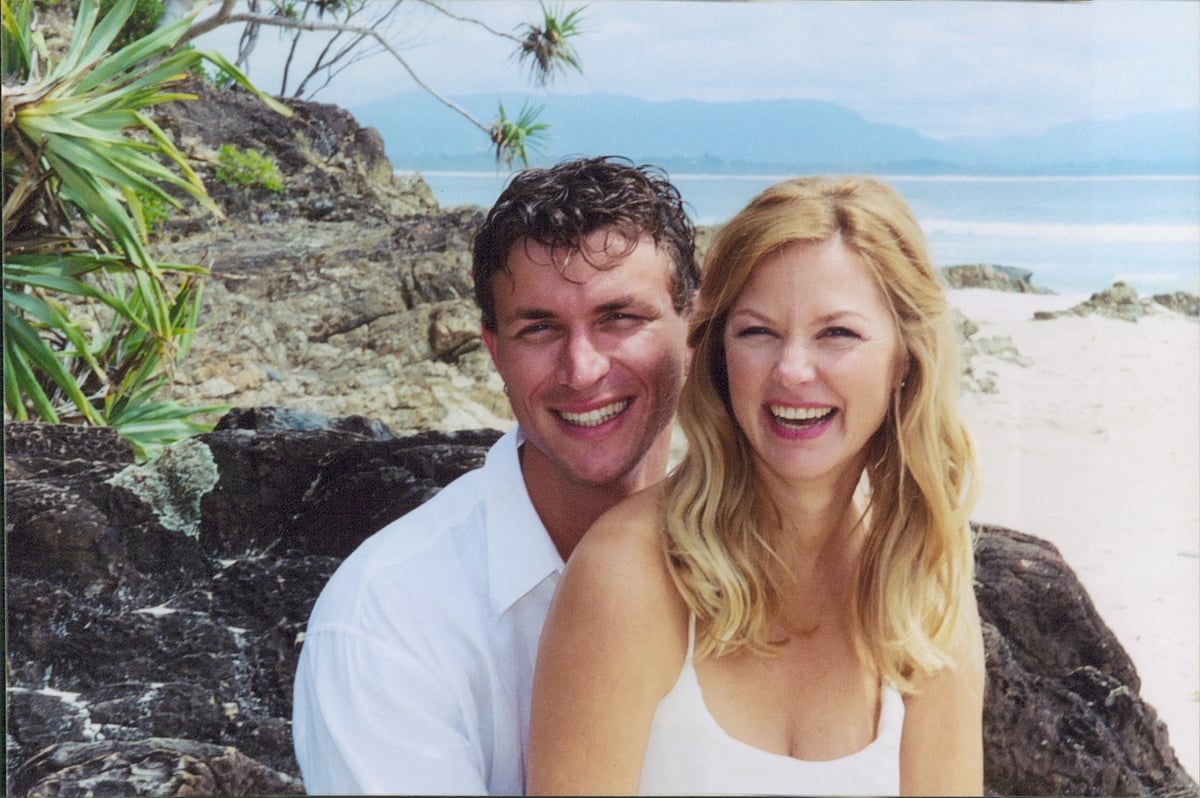 I know. Even I am gobsmacked by that turn of events, but at the time, it felt like my desperate clawing to survive.

How did I even fall pregnant in such a state, and why did anyone marry me? Yes, looking back now, it seems like a mad dream. In fact, my whole life seems like a story too bizarre to be believable, but for the fact that so many have born witness to this and it has been documented so thoroughly.

But the birth of my sons, just a year apart, gave me focus and have turned out to be the greatest joy of my life. They are both quite magnificent and seem thoroughly unfazed by their complicated mother and healthily disinterested in my previous life, as they should be.

But I could not relax with that last marriage.

If I had “lost” my third husband, I was terrified police would knock on my door and arrest me, leaving my children without a parent. 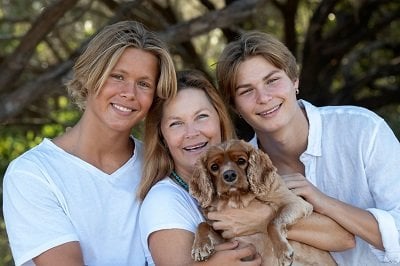 So I divorced him. He was not worth the risk.

He may have a sulky bore and a bit of a bully, but he gave me my Australian citizenship, my kids and a life, for which I am so f**king grateful.

Through the struggle to make sense of my life, I’ve learnt that survival is both a curse and a miracle, and that the human spirit is hard to crush.

It’s an innate instinct to pull through and move on, to let go and not play victim. I know no magic way to breeze through the tunnel of despair – every situation and person is unique.

But perhaps the trick is to surrender to the process, and open your arms to the infinite potential of love, life, loss and everything in between.

Reply
Upvote
Wow , I can only imagine what more life has in store for you . Happier travels I hope , to safer shores
kat_ 10 days ago