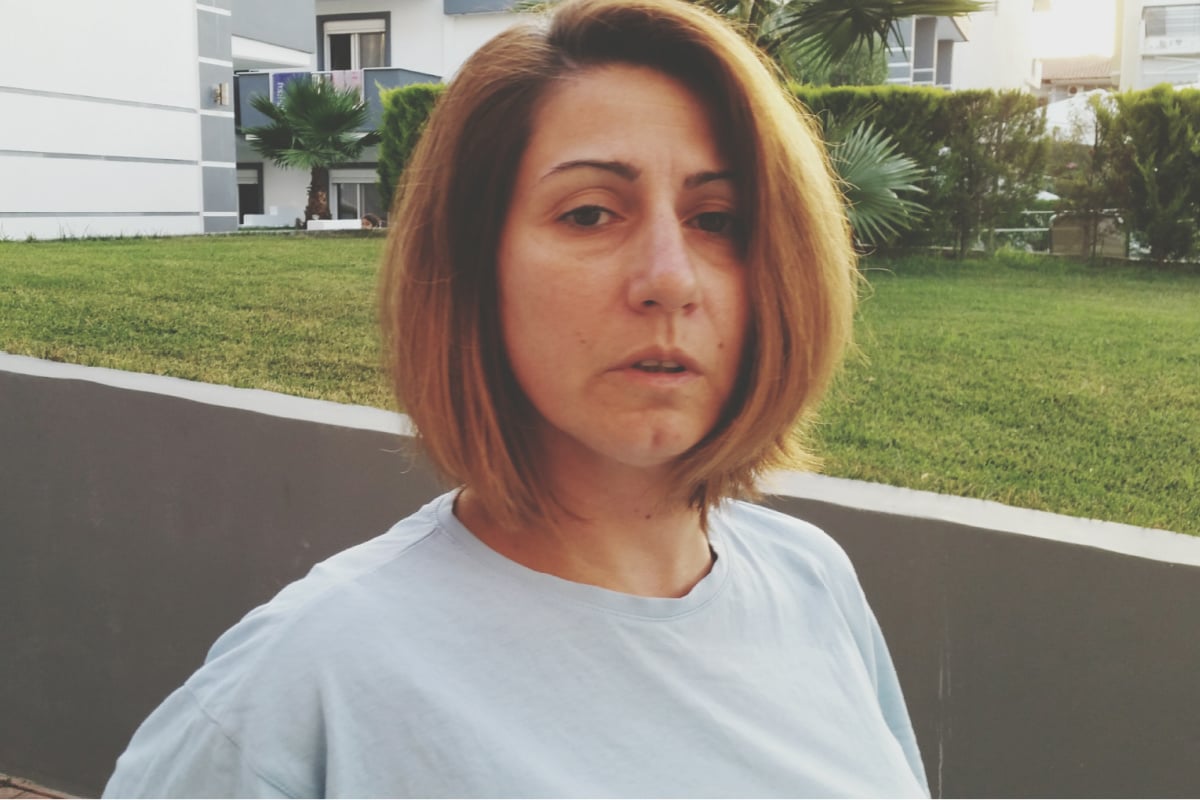 This post deals with mental health crises and might be triggering for some readers. If you or someone you know needs help, contact Lifeline 13 11 14 for support or  beyondblue 1300 22 4636.

Some years ago I hit rock bottom. At least this is what I understand from what I read in my journals and my loved ones tell me.

﻿﻿ ﻿I have no memory of this time due in part to the dissociative amnesia that covers a period of approximately five years. My spending issues, however, date further back than that.

﻿Dissociative amnesia is just one of a list of mental health conditions I have been formally diagnosed with. Another is dissociative personality disorder which loosely means that I act outside of myself at times. This is in no way an excuse for what I am about to tell you, but simply an explanation of a condition that I have.

I have always had a very complicated relationship with money. This started at a very young age (pre-teens). I had no friends in the early years of high school, and was ostracised and bullied.

Somewhere along the way, I came up with an idea that I could buy lots lollies and buy myself some friends. This started a pattern of behaviour that continues still to this day nearly 30 years later. The pattern is when I was/am lonely, depressed, anxious, happy, scared, grieving or angry, (actually, you pick an emotion it probably fits) I go shopping. I buy things mostly for reasons that make no logical sense.

The ‘things’ that I bought were rarely extravagant or super expensive. Very rarely were they necessary and as swiftly as the ‘things’ filled the void, they also filled me with regret, remorse and guilt because yet again, I had nothing left out of my pay cheque.

I always hid my purchases and things would appear much later under the guise of, "that old thing, I’ve had that forever." When I was 18, I got a store card and maxed that out, bought a TV on a credit line then maxed that out, eventually getting a proper credit card that you guessed it I maxed that out. When you are in debt it is surprisingly easy to get more credit. This cycle continued until my breakdown.

Watch: Scott Pape on the smartest thing single women can do financially. Post continues after video.

Payday was a constant cycle of paying off debt in various forms then having no money left to buy/do anything so I would need to live off the credit I had just paid down. I was forever robbing Peter to pay Paul as the saying goes. I managed to just keep my credit rating in check by meeting my debts but it was exhausting.

We were always living beyond our means (even though we had very good incomes and really shouldn’t have been struggling the way we did) and money was a constant source of tension between my partner and I. Somehow management of the family finances fell to me, which on the one hand was good because it meant I could hide the spending, the credit cards and ridiculous debt we were in.

﻿However, on the other hand, it meant that I was constantly waiting for everything to be exposed. This eventually happened.

﻿By that time I had spent through all of our savings, maxed out credit cards, I had also accessed and spent money that was not mine to spend and exposed us to the threat of losing our home and everything we had worked hard for.

When the spending, debt and lies finally came out, I had been hospitalised with a severe mental health breakdown. The spending nearly destroyed me, my relationships and my family. Fortunately for me, I was surrounded by a lot of love and support. We were able to find the money to pay back all the debt I had accrued and probably the most significant change was my partner took over managing our finances.

Essentially, to save my marriage I agreed to some really strict controls around our finances. For many years I had no access to our bank accounts, all passwords and pin numbers were changed. I had a prepaid card where a fortnightly allowance was deposited and we also put our fortnightly family food budget onto another similar prepaid card. In addition to the financial conditions, I engaged in regular therapy to help with the root causes of why I spend.

To many, these may appear to be extremely restrictive. However, when I consider what I did and how close I came to losing it all, they aren’t at all and were necessary to save my marriage and myself.

Some people question the controls we have in place around our accounts but they work for us and I am slowly rebuilding the trust around money in our relationship and re-defining my personal relationship with money.

As a society for some reason we think that spending money is okay, so it's actually really hard to get help for a spending addiction and to get anyone to take seriously.

As a couple, we should have been far more open and had difficult conversations about money in the early days. Then perhaps some of these issues could have been avoided. It would have been really helpful to have a better understanding of what money meant to each of us earlier in our relationship.

It is clear that we both attach very different meanings to money. The most important thing is to understand that even if you have different attachments to money, you can make it work as long as you understand the differences and come to a mutual agreement about common goals. I can’t urge people strongly enough to have these conversations - you can’t possibly understand and support each other if you don’t communicate about them.

I had (still have) a problem with money. I still use it to fill a hole in my life. But these days, I am much more aware of how much I am spending, when and why. We have strategies in place to manage it and we are in a much better financial position than we ever have been.