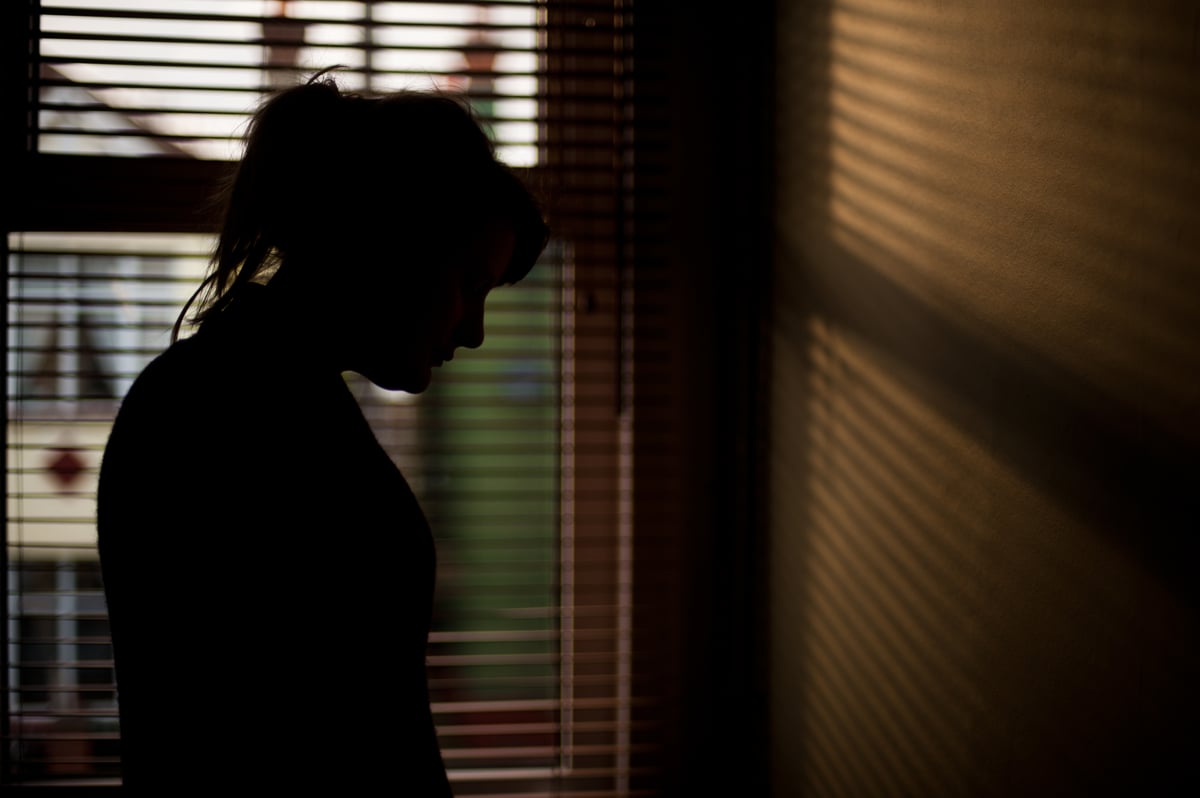 This post deals with child sexual abuse and could be triggering for some readers.

My partner looked over at me as I cried while reading the front page of the local newspaper, asking me what was wrong.

Following the breaking news about Grace Tame finally being able to self-identify as the survivor of sexual abuse, the front page contained a list of the main tactics that a paedophile uses in order to groom a child: isolate them from their friends and family... tick; tell them that no one will understand them like they do... tick; tell them to keep it a secret... tick; introduce sexual conversations before making physical advances... tick. There were more that I can't remember now, but it smacked me right in the face.

I had grown up thinking that I had had a relationship as a teenager with a man much older than me. Staring at me in huge bold print, bullet-pointed on the front page of the paper was a list telling me I had been groomed by a paedophile and sexually abused.

In the 1980s, as a 15-year-old I got a part-time job, and the owner was charismatic, funny and attentive. We talked and laughed a lot together during my shifts and slowly we stayed back after the shop had closed to keep talking. I felt so grown up as this vibrant man was so interested in having deep conversations with me and valued my point of view.

My boss was sympathetic after asking about how my first time had been and spoke gently and caringly about what it should have been like. He eventually used this experience to tell me that now that I had had sex with a boy, it was time to see what it was like with a man!

How quickly things changed from confiding in him at work to him picking me up from school, yes school, to take me to his house and other places for sex.

Months of secrecy, exploitation and degradation followed, but to me I was in a 'grown up' relationship and, as he warned me, nobody would understand if I told them, so I kept it a secret. He also told me I should never let anyone tell me that what we were doing was wrong. I believe the police and a judge might say otherwise.

I spent more time at work than at school. I failed all but one subject in my next year of schooling; I distanced myself from my family and I lied to my friends. He made himself essential to my existence and being with him was all that I wanted, and he encouraged it.

It all ended abruptly when he became engaged.

What followed for me was a pattern of risky behaviour that lasted decades. This man had coerced me into doing many things that, when I look back now, I cannot believe I was asked to do, let alone did. I came to believe that this was who I was and what I did. My subsequent relationships were usually emotionally abusive and, in retrospect, I think it was because I felt I didn't deserve better.

Around 30 years later, I was in total shock as I suddenly knew my life's narrative was not what I thought it was. A paedophile had sexually abused me. I am an intelligent and successful woman in my late forties, but I had never made the connection between what that man did to me and what was legally, morally and ethically wrong. It leaves me wondering how many other women are in the same position as me, suddenly aware of the terrible things that were done to them and trying to understand themselves through a new lens?

This year, after crying every time I heard Grace Tame mentioned, I went to see a counsellor. I had confided in my partner some of the story but thought that I needed to converse with someone I wasn't emotionally connected to and tell the whole sordid tale. I believed it would help me say aloud what had happened to me and for someone to say it wasn’t my fault. It turns out that my shame runs deep, and I couldn’t tell her either. Maybe some details just need to stay where they are and do not need to be shared. Not yet anyway.

Grace Tame is an amazing young woman whose experience and courage has brought a powerful and important conversation into the public sphere, a conversation that was not a part of my teenage years in the 80s. Through her bravery, there will be many women who now have the knowledge and understanding to properly unpack the past that it has haunted them for too long and heal. I hope that all of them do this with kindness to themselves.

Thank you, Grace, for the opportunity to finally understand the truth about who I am and why. It turns out I think I'm quite lovely.

If this brings up any issues for you, contact Bravehearts, an organisation dedicated to the prevention and treatment of child sexual abuse, on 1800 272 831.

D
devriesc a month ago

Reply
Upvote
Thank you for sharing your story - I am going thru this process of thought, that you mention. I really believe it is disassociation - to survive. It’s only now that my life is calm; that the trauma & the ‘what the hell happened, & was that really me.’ Starts to unravel; good on you, for seeking help!!! You are one strong, impressive lady. All the best to you on your journey of healing.
Resources
Very Peri
Skin
News
General
Opinion
True Crime
Politics
Sport
Explainer
Entertainment
Celebrity
Reality TV
Movies
TV
Books
Rogue
Royal
Lifestyle
Beauty
Fashion
Weddings
Home
Wellness
Health
Fitness
Travel
Food
Family
Before The Bump
Pregnancy
Baby
Kids
Teens
School
Parent Opinion
Work & Money
Money
Finance
Career
Lady Startup