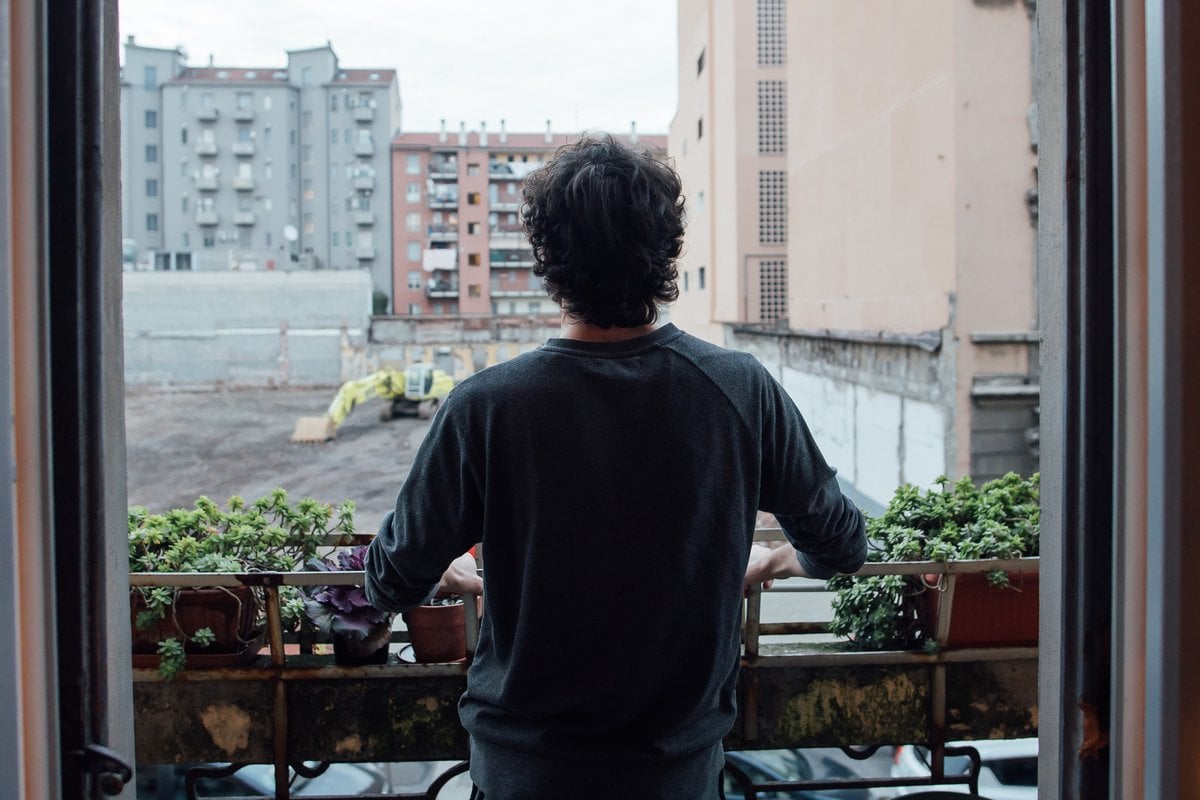 I didn’t know if I should do it.

The message typed out, the "send" button waiting.

If I pressed it, would things change? Would something inside of me open?

Would emotions come back I’d long left behind? Buried in the past, yet resurrected with the press of a glass screen?

Watch the trailer for Mamamia's podcast about separation and divorce, The Split. Post continues below.

I sat in my parked ute, tank full, the petrol station roof protecting me from the rain.

I turned the screen off.

I turned it back on.

The number long-deleted yet long stored in my own memories hanging at the top. It might as well spell out her name. Spell out her title.

I pressed send and started up the car.

A route I didn’t expect to take.

I travelled into Northwestern Georgia to visit a friend. A friend I had not seen in several years. A friend I’ve known for more years than I haven’t. A friend who was a groomsman in my wedding.

For most friendships, time and distance change the connection. It crimps it or harms it or ends it altogether. And then there are those few friendships no amount of time or space can affect. A friendship that is how it always will be. That’s the connection I share with the friend in Northwestern Georgia.

I had no intention of being in that area of the country, and yet when passing through the state I found it impossible to not make the detour.

And that detour put another unexpected location in my path.

The city where, last I knew, my ex-wife lived. I would drive right through the heart of the city like the serrated blade that had been plunged into my own.

I did not spend much time in the city of my ex. The occasional holiday, visiting her family, but those could be tallied on a single hand.

I had no connection to the city, other than what it represented. What it held. What it could potentially do to me.

Should I speed through, head down, collar up? To hide my face from those who might see it? To hide my eyes from what I might see?

But something inside of me, a little voice in the back of my brain spoke up. Like a timid intern, tapping on the meeting room’s glass door, wanting to but afraid of sharing an idea.

The little voice said I should try to contact her. Why? Because, in all reality, it would likely be the very last time I’d ever be in the same city as her.

I didn’t need closure. I already had it, but any conversation could have provided endnotes. An epilogue. If I didn’t reach out, would I regret it? Probably not, and yet I would always know I’d avoided contacting someone who had once meant the world to me one last time when I had the opportunity.

I stopped the day before reaching her town, pulling into a petrol station to try to quench the thirst of my ute's engine.

Lugging a camper van around the country made it thirsty, and it chugged through petrol quickly. As the rain continued and I waited for it to thin, I decided to text her.

I didn’t want to call. I don’t know her social media accounts. Instead, I sent this message:

"Hey! Hope all is well. I’m driving through [town name] in a few days, wanted to see if you’d like to grab a coffee or something."

I thought long and hard about the exclamation mark. I’m not one to use many, and yet I didn’t want the text to sound like a chore. Like pulling teeth. But it felt okay. So when I pressed send and left the petrol station I didn’t regret sending it. I didn’t —

The phone chirped. My stomach dropped. It fell through the floor of the ute, pinwheeling down the highway. My chest felt cold. Air somehow left my lungs, leaving me tight. I checked the phone.

A text from my mum.

Something happened to a friend of a co-worker.

The day passed. As did the next.

I stayed the night in the town, her town, then continued on. It didn’t feel strange or weird or out of place or like a boulder pushing down on my shoulders. It felt like every other day. Like every other day, I haven’t thought of her.

I never did receive a reply. A text back or a reply call. I don’t know if she changed her number or blocked mine or just didn’t feel like responding.

I don’t know. And it doesn’t matter.

I felt the need to offer out one final line of communication as I drove past her life. One last nod. I can live with that. And at least I’ll know that, when I had one last opportunity, I didn’t just drive past and wonder.

Part of me would have liked to play out the epilogue of a meeting. For better or worse. And yet the rest of me doesn’t mind.

Although part of me does feel like I saw her mum at the store. With masks on it proved difficult to tell, but the two of us made eye contact and held it for longer than normal. As if both trying to read through the covering. Maybe it wasn’t her. But I think it was.

Who knows, maybe she picked up her phone and called her daughter, to say she saw me in town. And perhaps her daughter, my-ex wife, looked at her phone, recently changed number, and wondered if I tried to text.

And wonder if she should reach out to me.

But not that any of it matters.

You’re on your own journey.

Perhaps you, like me, live far away from your ex. You’re towns or time zones away. You never see them. You have no connection with them or their family. You don’t follow their social platforms (or even know them).

Or, if you’re like many others, you’re in the same town, and any grocery store stop might bring with it an unplanned encounter. Any trip to a favorite restaurant and you might see them with a new significant other.

Whichever segment you fall under, you’re on your own journey. And yet there may be a right or wrong decision in talking to them again.

Are you over them? Are you trying? Have you moved on? If you’re not over them, talking will do nothing but hurt. It will bring back feelings you have spent time putting away. Like cleaning a room of emotions, only to have rambunctious children destroy it within moments.

In this case, no good can come from talking. Only pain.

It’s why my situation was unique. Because I’ve known since the conclusion of my marriage that I would never run into her in passing. I'd never have an awkward run-in at the gym, or see her drive by.

I didn’t need closure, as I already had that. I guess I simply wanted to know she’s doing okay. That she’s happy and living a good life. That her new significant other treats her well. Because despite the time that’s passed, there will always be a connection between us, whether I, or her, wanted to admit it.

if you’re in a similar situation, then I don’t think there’s a right or wrong answer.

As long as you don’t have any negative motives. If you’re hoping to rekindle or cause problems or anything of that nature, keep moving, turn the phone off, and drive right through town. Neither of you need that.

But if it’s the last possible chance to say hello. To see how they are doing, it can be nice to wave at your past. To hug a former life. Because what they are now you are not. You’ve both gone your separate ways. And if they don’t respond to your text or call, that’s okay too.

Sometimes it’s best to leave your previous life behind you.