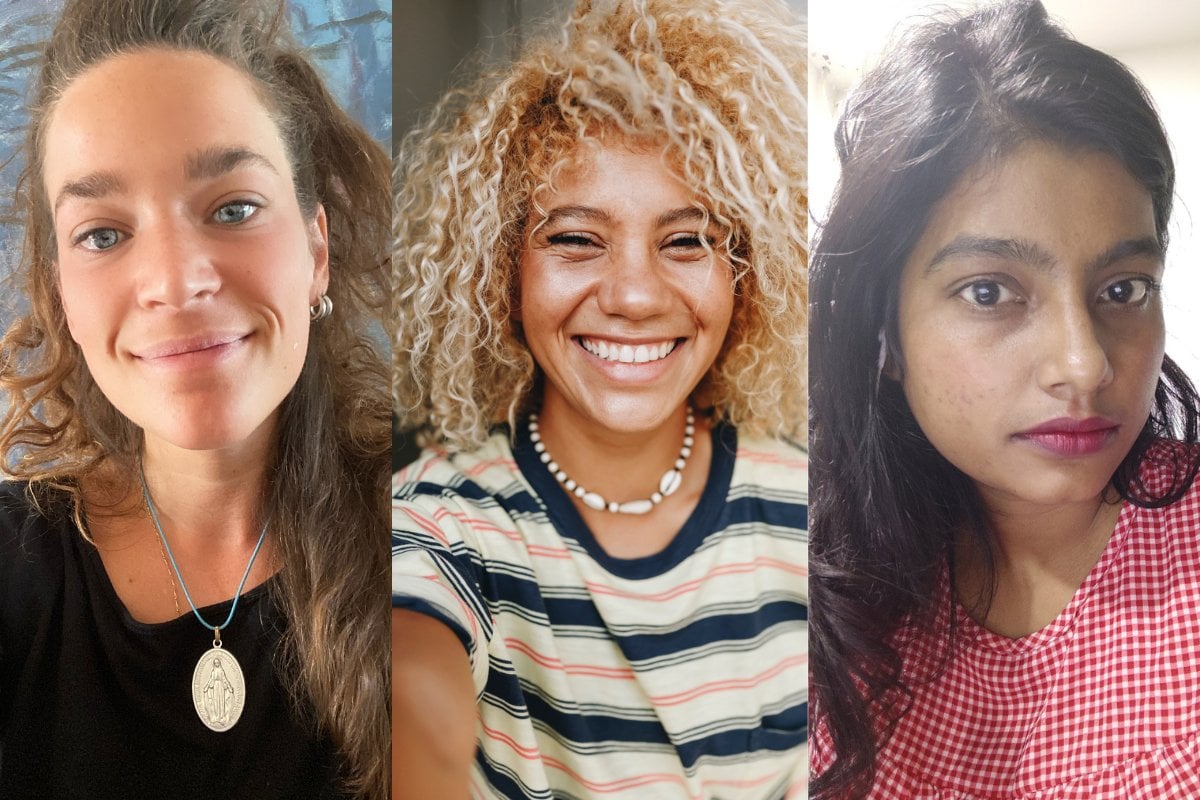 A few wines deep, ordering a product from an Instagram-targeted ad that just doesn't arrive with the same *sparkle* as it did on social media.

Or maybe, six years into a relationship purchasing a house with the love of your life until they're... not.

Purchasing regret happens to the best of us. And big or small, it sucks.

So, to save you the money (and regret), we asked 28 women what their biggest regret purchase was.

From cars to skincare, here's what they had to say:

"I bought a signed framed and photo of Jude Law on a Year 9 school trip. By this, I mean a photocopied photo and signature in a frame. I wasn't even a fan of his!"

"A stupid Hoover brand stick vacuum. I should have just paid the extra for a Dyson."

"Hair extensions. Every. F*cking. Time! But still I try... maybe a halo will be better? Nope! I've had glue, tapes, weaves etc... Literally wasted thousands of dollars. I've now cut my hair into a cute little bob and stopped obsessing over it."

"Hair curlers, wavers, blow dryers... Any heat styling tool. I never have time to use them so they stay in the cupboard for years and I just air dry my hair."

"A vegetable spiraliser. Thanks Aldi Special Buys. Zucchini is not, and never will be, as satisfying as spaghetti."

"A makeup brush cleaner. As if I’m ever going to clean them!"

"A Thermomix. It's an overpriced blender that turns most foods to mush. I really tried to love it. It was a novelty for a few months, but I much prefer a proper food processor where I can actually see what’s happening, and has so many more functions like being able to slice and dice or grate things."

"Also, a treadmill that ended up being an expensive clothes horse."

"Every skin product that was supposed to fight off pimples! It's a trap!"

"A return business class ticket to the UK to meet up with my husband who had two weeks leave from his seven-month deployment in the Middle East - with our 14-month-old baby. I thought business class would make doing the flights alone with the (crawling) baby bearable, but it was hideous (not business class, the travelling with the baby bit).

"I think I’m still a little traumatised by the experience and memories. I should have trusted my instinct (fear!) to instead meet my husband at a lovely beach resort in Asia - shorter flight and could have still travelled business class and paid for two weeks at a resort for what it cost us for a business class ticket to the UK.

"But my husband really wanted to go to the UK (I lived there for years, he’d never been) and I felt sorry for him as being deployed in the Middle East is no picnic. Oh - and the baby didn’t travel free. It was an additional 10% of the ticket price." 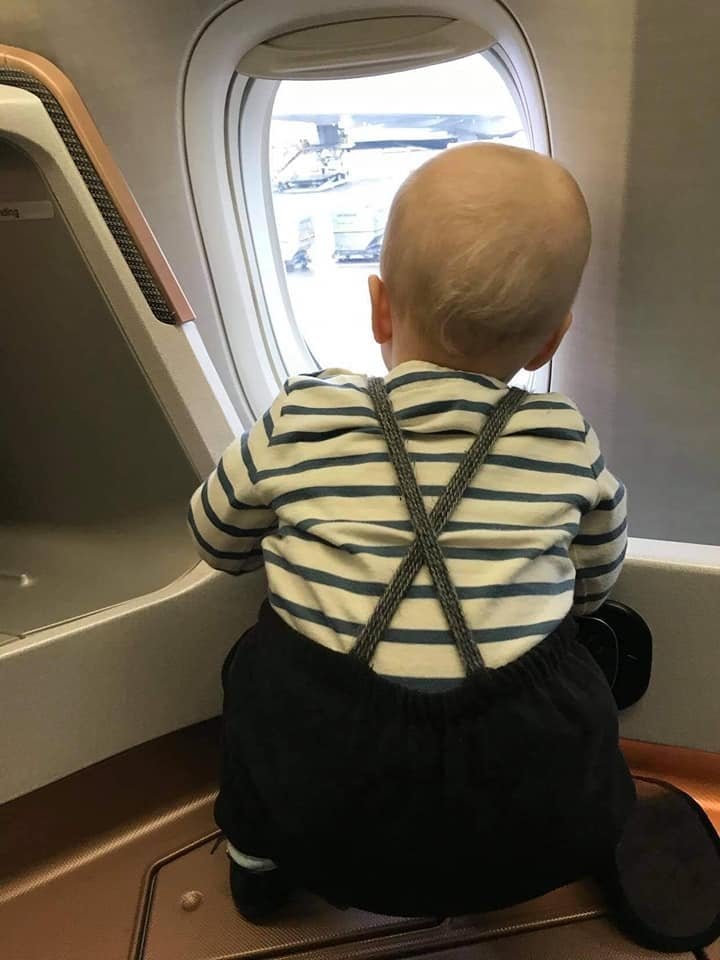 "A weighted blanket. I fell for the hype. It didn’t help me sleep better at all."

"A cat water bowl that pours out water from a fountain out the top so they can have free-flowing water. They didn’t like it, was expensive and was difficult to clean."

"My husband was talked into getting a 'snap on smile' by his dentist before our wedding. It was $2,000 and he looked like an actual horse. I laughed so hard when he wore them in the dentist's chair for the first time, I thought they were pranking me. That $2,000 went straight into the bin."

"I spent $1200 on prescription skincare that made my skin worse."

"French linen bedding. It cost like $800 for a queen doona cover, two sheets and two pillowcases. They fade instantly from any hint of sun, soak up any moisturiser you may have on making them discoloured and doesn’t wash out. The large buttons holding the doona together at the bottom came off straight away and the doona cover size was way bigger than a standard queen so my doona never fit in it properly and there was all this excess fabric. Such a waste of money. Our Ikea $50 set is 10 times better!"

"Botox. It was a disaster... Thank goodness I had a fringe."

"A really expensive super king-sized doona cover and beautiful throw pillows. It looked like a beautiful green sage in the photo online and ended up being a dark tree green and mustard coloured pillows."

"A treadmill... It was such a waste when I have now joined the gym and run outside anyway."

"When I was breastfeeding my babies, I would have the most random s**t turn up in my mailbox from my online shopping escapades. Two notable purchases were a dolmades roller and a dumpling press, both of which are still in their packet and have been for the past 3 years. My husband comments all the time, and I simply cannot throw them out because I’m so stubborn and 'will use them one day'."

"A ridiculously expensive latex mattress that gives my husband and I both back pain."

"Many, many, different boxes of herbal teas over many years in the hope I would find one I could drink. They're all disgusting. Good old caffeinated black tea is best every time."

"My biggest regret purchase was a brand new car when I was 25. I swear it was cursed. I hit three kangaroos, a colleague drove into it while parking, someone slammed into me when I was turning left into a carpark and then I hit a bloody tap and did even more damage. This was all within the space of about 18 months and I lost $10,000 selling it when I left the country. But I wouldn't listen to anyone, I HAD to buy the brand new car (on finance). Never again."

"Mum jeans... They were a recent purchase after getting swept up in the whole ‘ditch your skinny jeans’ thing. They give me a major middle-age spread look. Unfortunately, they were pretty pricey so I make myself wear them to get my money’s worth."

"$700 worth of green tea tablets while on a green tea tour in China. Three-quarters of them are still in our medicine cupboard and probably out of date! The tea leaves were amazing, but the tablets were a true waste of money."

"Magnetic eyelashes. I got served an ad for them about a 1000 times, and they were just rubbish. What a con."

"I recently spent $2000 on glamour photography. The process was horrid and I'm not even happy with them. I haven't shown them to anyone yet and probably never will."

"I spent $350 getting my placenta encapsulated. Someone totally sold me on the purely anecdotal evidence that it prevents postpartum depression and anxiety. I'd experienced terrible anxiety with my first so really was willing to try anything, so I gave the placenta capsules a go and had a massive panic attack that afternoon. I thought it was a once off, but it happened every day that I took them. That was six years ago and I finally threw the damn things out last month (they'd been preserved and were in the freezer because I'd read they were also good to take during menopause). Honestly. Postpartum me is a bit silly."

"My couch. I love it but it’s too big for what we actually need and we spent way too much money on it."

"My house. My husband and I bought the biggest, most expensive house we could afford cause that’s what I felt like I was meant to do. I wish I’d gone for a smaller, less expensive house so that I wasn’t so trapped into working to pay for it."

"I spent $1000 on a dog trainer who promised our dog would never bark again - with a money-back guarantee! I never saw the dog trainer or my money again. They're a reputable brand and still operating too."

"Pregnancy books! The ones with the dreamy images of perfection. The books that talk about vaginal childbirth as 'natural', with the implied message that c-sections are the failure method to vaginal birth. None of these books mention things like episiotomy, forceps or prolapse."

"A friendship bracelet. I was so upset when I realised I’d been scammed under the Eiffel Tower in Paris. That friendship bracelet, which I accepted assuming it would only cost me a euro or two, ended up with a crowd of people yelling at me. I handed over the same amount of money as my night in the hostel cost, although it was half what they demanded. Still makes me blush to think about it, 20 years later."

"That bag of kale currently rotting unopened in my fridge."

"My most expensive and regretful purchase was a wedding dress. I got engaged, went dress shopping, bought one on a whim and about six months later realised I hated it. I ended up buying a new dress on sale that I absolutely love. I also found someone who actually did love my first dress and sold it to them for about three-quarters of the price!"

"My husband and I bought a timeshare on our honeymoon. For some people timeshares a great. For us, worst decision ever. He was a great salesman though. Hats off to you."

Reply
Upvote
1 upvotes
Hats off to whomever convinced someone to pay $6,000 for weight-loss massages, that is a Gwyneth-Paltrow-level scam.
I still regret buying the Microsoft Office suite. It was about 6 months before the entire world realised Google Docs and the Apple programs were  way better. I think I used Word a handful of times abs Excel maybe once- definitely not worth the $400.

Reply
Upvote
@cat Google Docs is basically just a dumbed down version of Word. That's fine if you only need word processing, but it is definitely not way better.
I love Excel, when bored I've been known to open up a new spreadsheet and try things out.