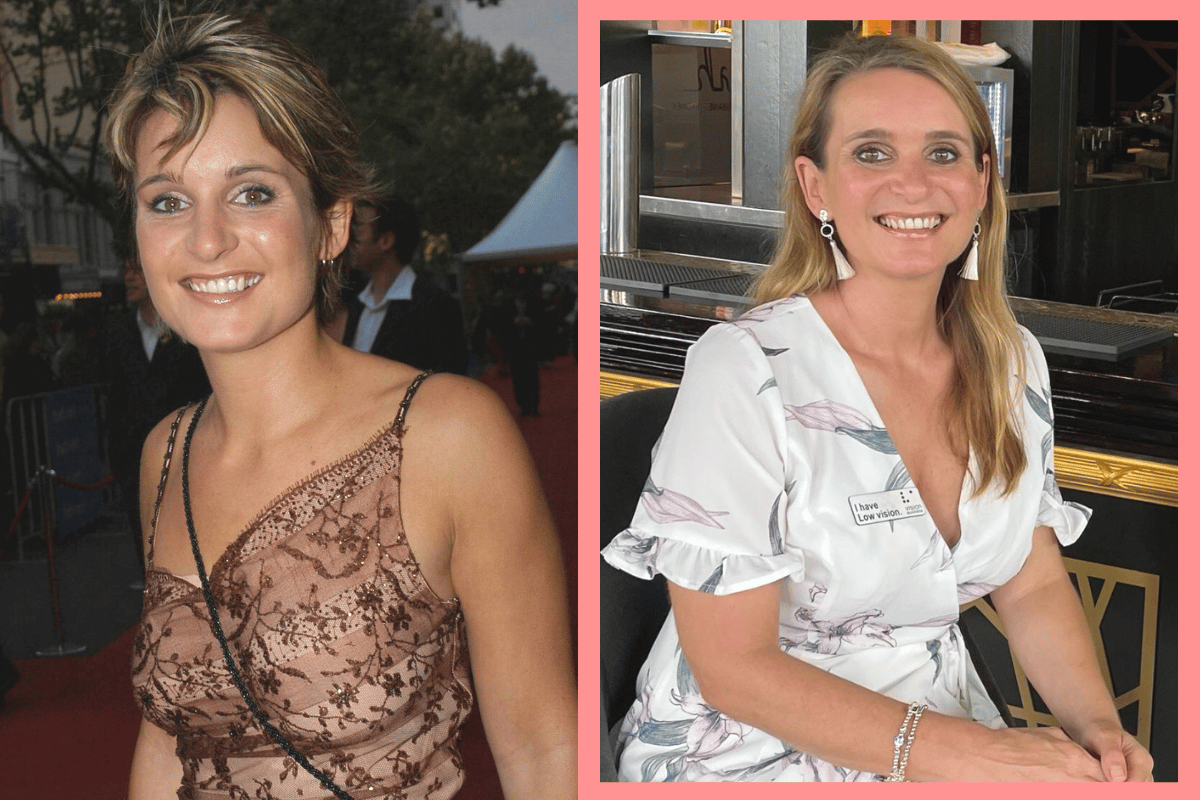 The first time Reggie Bird stepped into the Big Brother house she was after a holiday. She was 29, and it was 2003.

Reggie had been working at and running a local fish and chip shop for 12 years in Tasmania, and when she saw the first two seasons of Big Brother Australia on television, she knew it would be an amazing opportunity for her to do something new and have a laugh.

So while she was in that iconic house for a few months, hidden away from anything to do with the outside world, Reggie had a ball.

But when she stepped outside again after winning the series, she was shocked by what she was confronted with. Because life as she previously knew it had changed.

Reggie spoke to Mia Freedman on Mamamia's No Filter podcast about the aftermath of her first Big Brother experience and why she found it challenging to land a job afterwards.

Listen to the full No Filter interview with Reggie Bird. Post continues after audio.

"It was crazy when I left the Big Brother house. Coming out onto the stage with screaming fans - it was bizarre. I'd been locked away for three months with just myself and two other people, only to come out and have all this happen - it was insane," Reggie said.

"My head was really fuzzy. When Gretel Killeen [then Big Brother host] told me I had won, I remember seeing this PlayStation at her feet and I thought I had won the PlayStation. Not $250,000."

While in the house, Reggie had no idea what the public's perception of her was. There was no TV or phones - speakers were the only way they had communication with producers or Gretel.

But she had a slight inkling she was doing okay when in a live TV cross, Reggie could hear the fans screaming through the speakers when Gretel called her name. And it was also from that moment on that Reggie's fellow housemates knew she was a threat.

The days following the win felt like a blur for Reggie. Coming back home to Tasmania, she got off the plane to see thousands of people cheering her on, a 'Go Reggie' sign somewhere in the mix.

"They took me around on the back of a tow truck and I was waving to everyone - it was raining and freezing. Plus, when I landed in Hobart, they brought out the water cannons and put them over the plane, and they had not done that since The Beatles came to Australia. So it was me and The Beatles," she told Mia Freedman on No Filter.

Video via A Current Affair.

For the next few months, she had commitments to tour around Australia, do press interviews and paid nightclub appearances. By the end of it, she asked her management to let her go so she could return to a 'normal' life. They declined.

She used the prize money to pay off her house but then experienced a divorce with her then-husband. It was a lot.

To change up her life, Reggie moved to Sydney to be closer to her management team and to seek out more career opportunities. She lasted six months. The city was too busy and too much.

"I lasted seven months. Passengers and kids wanted photos and autographs and always wanted to say G'day. Because so much attention was on me, they [the other flight attendants] didn't like that. I was copping the same thing over and over again," she said.

Other odd jobs included working at a call centre or selling raffle tickets, but Reggie found the KPIs overwhelming. It took years for Reggie to secure a stable job after her time on Big Brother and for an employer to take her seriously.

Ultimately, the world didn't know what to do with her fame prior to the internet and social media. Because if her season of Big Brother had aired now, the opportunities available to her would have been much greater.

By the age of 34, Reggie was a mum. She had moved to the Gold Coast, met her second husband Dale and together they had daughter Mia and son Lucas.

And over the years, Reggie has had to deal with some serious things. Her son Lucas was diagnosed with cystic fibrosis, she was swindled out of $40,000 and was diagnosed with a vision impairment condition called retinitis pigmentosa.

"The day I had to hand in my driver's licence was the worst day, because it took away all my independence, and that's when I went into a depression. With my eyes and Lucas' illness, it was all too much. I didn't want to be here anymore, and I didn't really go anywhere or do anything. It took me ages to get a cane or wear my low vision badge, as I felt it was awful and embarrassing. But then I finally got it into my head that I needed to show people that I can't see very well," Reggie said.

"I went on the waiting list for a guide dog and applied, but they said that because I don't work, I couldn't get one. I just said 'how blind do you have to be?' Apparently, the dog has to be a 'working dog'. I need to look back into it as that was four years ago. But down the track, I am going to have to get one."

By using a big font on her phone, strong glasses, getting assistance when she needs it, using a cane and a low vision badge, Reggie manages well considering what she's up against.

In order to support herself financially, Reggie shared she would partake in the magazine economy and sell her stories for money. And she had plenty of stories to tell.

But still to this day, people stop Reggie on the streets and say hello to her.

With Reggie returning to Big Brother Australia 2022: Royalty v New Blood, she hopes this time around she can harness her platform better and make use of it.

"Especially with my blindness, I'd love to create more awareness. People have this perception that because you're blind you can't do anything. So when I was asked to come back I thought it would be good to show people that you can do anything - I wanted to show the kids that too."

She continued: "I love talking to people and want to be someone on social media to help people be themselves - to make a difference."

Big Brother airs on the Seven Network weeknights at 7.30pm.