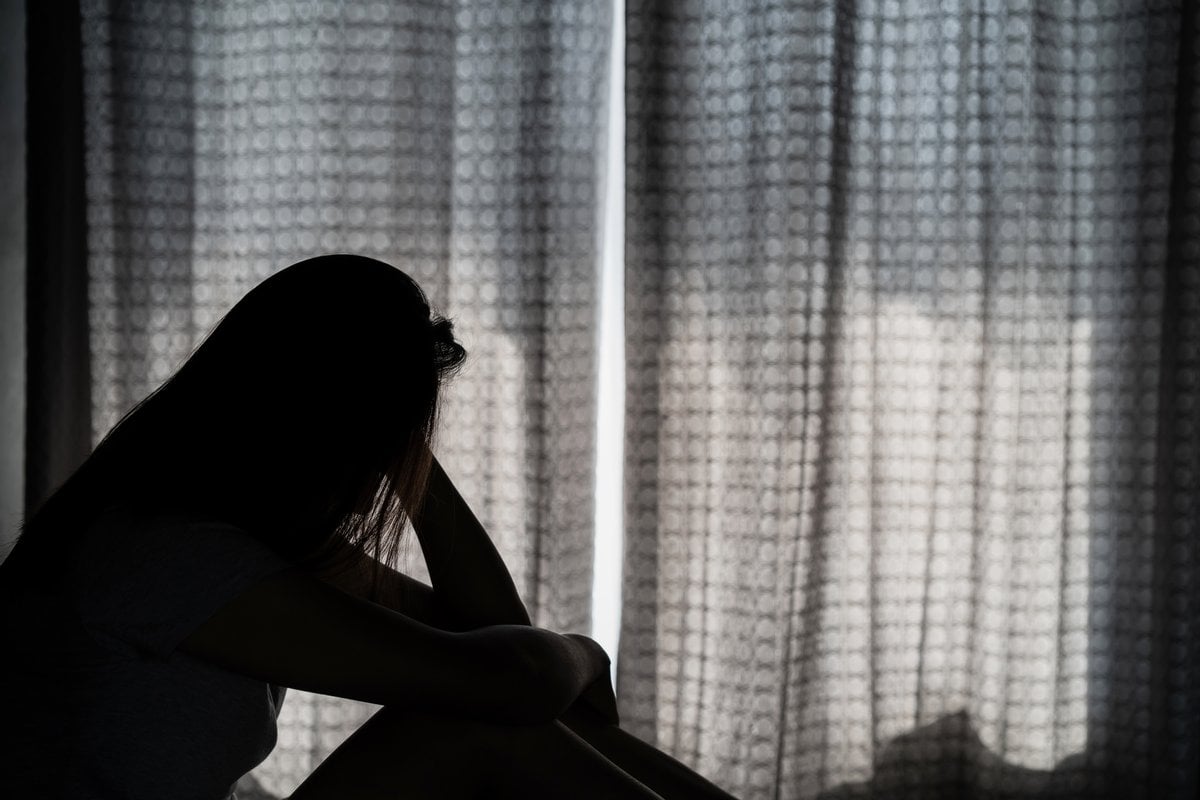 This post deals with coercive control, and could be triggering for some readers.

Necessity is the mother of invention. Or in my case, reinvention.

It was not somewhere I expected to be: 35, without a home and income and with a four-year-old son to support.

I’d had what looked from the outside to be a perfect life. Then suddenly my world was turned upside down.

One day, while my son and I were away, my partner, having decided he wanted a new life, locked away all our belongings, vacated the family home, changed the locks, and rented it out without telling me.

Our family home had always been in his name only, despite my protests - to save on stamp duty, he always said.

He also secretly emptied our joint bank account into a new one set up in his name only and refinanced everything he could so that I no longer had access to most of our assets.

Unfortunately, like many women, I had spent years shoving all those niggling worries I had about the person I’d married to the back of my exhausted mind, already overloaded with the never-ending demands of modern motherhood. I just got on with it.

I’d also made the grave error of tying my income to my partner. After the birth of our son, I decided not to return to my career, instead working on projects linked to my husband's business.

If you're thinking I was naïve about the man I had chosen to spend my life with, I was. I was a fool in love.

I was now also in a complete mess, incredibly vulnerable and, well, plain furious.

This newfound inspiration was born entirely out of necessity. Being left high and dry with no home, a drained bank account and a four-year-old to take care of is certainly one way to live and learn the phrase, 'sink or swim'.

I finally realised I could be fully in charge of my destiny because I had to be. I had to start again, finding new employment that not only provided for my son, but worked with our new situation as a single-parent household.

I had to start building a life with which I was happy.

For me, the best way to do that was to take a step back, reassess and, completely start over.

I rewrote all my goals in life and included those secret dreams I had long since given up on under the drag of 'reality'.

I thought hard about what I wanted my career and my life to look like. I went back to university. I acted like anything was open to me and everything was possible. I decided to grab opportunities by the proverbial balls and be fearless. I refused to let fear overcome my ambition. Why? Because I had to.

And I realised in this process of reinvention that, as corny as it may sound, it’s never too late to start again. To retrain. To get a new career in a different field. To do what you really want to do.

Listen to Madeleine West discuss how she 'restarted' her life after divorce. Post continues below.

Yes, it can be scary. Yes, it will take enormous sacrifice. Yes, it will mean sleepless nights, exhausted days, and bucket loads of stress.

It will mean piles of washing sitting neglected in the corner of your bedroom for weeks at a time; far too many dinners of two-minute noodles with some frozen broccoli chucked in (you know, for nutrition) and oily hair piled into a bun screaming to be washed. But it is possible. I know, because I did it. And, you can do it too.

People will inevitably say to you, 'Oh but aren’t you a little old to be starting again?' But you worked so hard to get where you are now, why throw all that away?'

But think about it, we are living longer and retiring increasingly later in life. Given how much time we actually spend working, sticking with a job you hate because you think it’s too late for you to make changes is nonsensical.

We’ve also been trained as a society to think we need to have it all sorted by a certain age. If we don’t, we are led to believe that it will never happen. That we’ve missed the train because we were too late getting to the station.

We’ve been fed the narrative that once you’re travelling on the career escalator and riding it up through your thirties and beyond, it’s too late to get off and try something new.

But you have plenty of time to change course and rebuild. In fact, it is likely that you have decades.

For example, by 2055 the predicted retirement age will be 70. So, if you are a 35-year-old who started your career at 21 and now decide to retrain, you will spend far more time in your new career than your old one. Even more so if you take into account the time many women spend out of work or working part time in their childbearing/rearing years.

Yet, in a life that involves potentially 50 years of working, why are we told it all needs to be decided and cemented within the first decade?

In fact, with all the extra knowledge, experience and confidence we acquire through life, are we not even more primed and equipped to set and achieve new goals later in life?

Each passing year has given me new skills, wisdom and awareness of my potential.

I certainly felt university the second time round far more productive and rewarding as a result of my maturity and experience. And the confidence I’d gained with age made me feel more capable when starting my new career and making plans for where I want it to take me.

The internet is awash with examples of successful people who changed careers after the age of 30.

Vera Wang, who’d been a figure skater then a journalist, didn’t become a fashion designer until she was 40.

Jonah Peretti was a middle school computer science teacher until he launched the Huffington Post and BuzzFeed in his thirties.

Julia Childs, who had previously worked in advertising and media, didn’t release her first cookbook until she was 50.

Joy Behar from The View didn’t start comedy until her late thirties after a life threatening ectopic pregnancy persuaded her to quit teaching and make the leap.

Now I’m not suggesting that every dream is immediately or even ultimately possible, particularly when there are mouths to feed, bills to pay and mortgages to service. But take it from someone who literally had to rebuild from nothing, all with the constant worry of providing for my child: you will be surprised at what you are capable of and what you can achieve if you just think outside the box and then take that first step... and then the one after that and the one after that.

Because you see, that is what it is all about. Baby steps, lots of them, one after the other.

Universities and other tertiary institutions these days offer more pathways for entry and more options to study while working or living remotely. You’ll be surprised at what you can study while still working a 9 to 5.

Employers are increasingly becoming more open to potential employees with diverse experience and backgrounds rather than just then the typical straight from school-to-training-to-work pathway.

The advent of the work from home revolution brought on by COVID means you don’t necessarily need to move or commute for hours every day for that dream job.

More and more jobs, which you previously may have thought were out of reach because of where you live, are now suddenly accessible.

You will also be mightily surprised by how many people will be willing to help you when you need it, if you just ask.

And, get yourself a mentor. Whether it’s your lecturer or someone you know who works in the field you’re aiming to transition into. They are invaluable, they will provide guidance, motivation, contacts and networking opportunities.

People will amaze you with how generous they are with their time and experience, with how willing they are to help. People really are good.

If you are lucky, life is long, and we work for most of it. We have been made to think that progression must be linear. But it doesn’t have to be. If you are unhappy and want change, be brave, make a plan and go for it.

Reply
Upvote
The first thing you should have done was see a solicitor.  Regardless of what was in whose name, you were entitled to half, if not more as you are main care provider for your child.
N
nessie 4 months ago