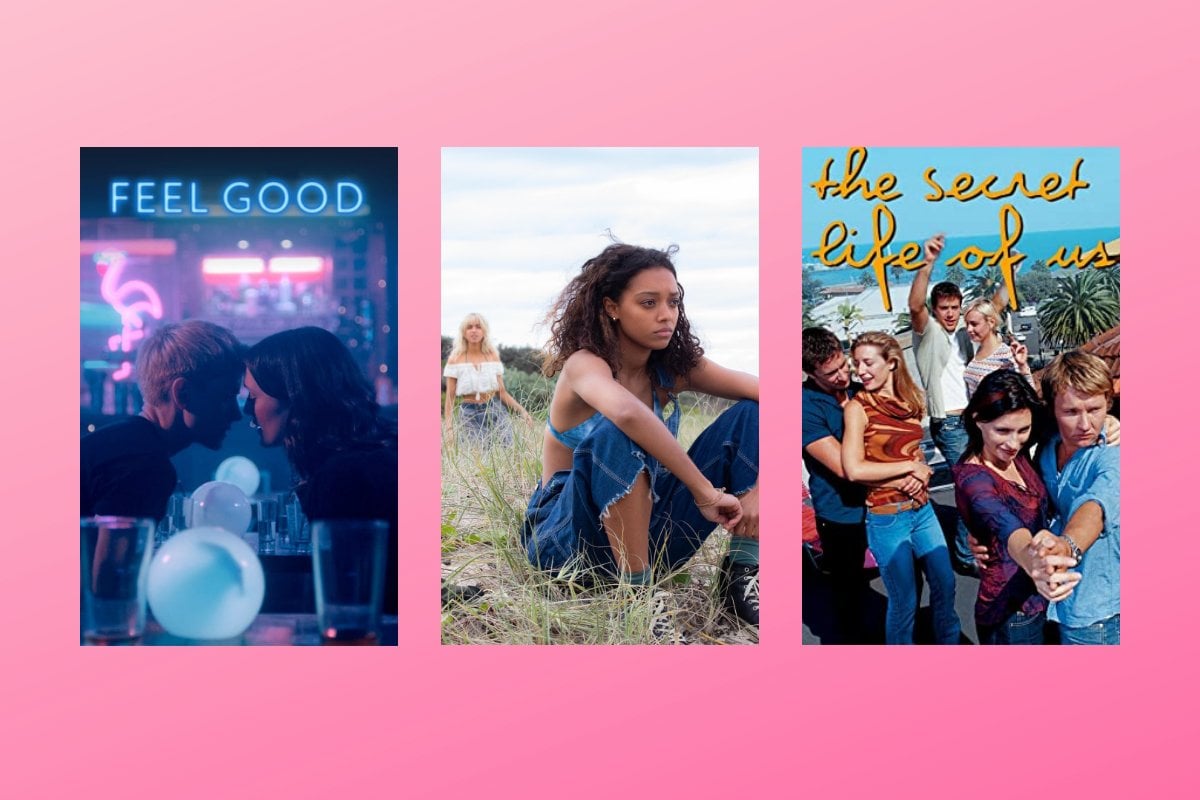 Watching TV and movies is part of my job.

It's great, I can't lie. But that doesn't mean I don't get major decision paralysis while scrolling through the endless options on endless streaming services.

I know for a fact others experience the same, often only ended when we give up altogether or just put on an episode of The Office we've already seen 100 times (no judgement because that is my M.O, always).

That's why we've devised a plan where the wonderful brains in the Mamamia pop culture team give you a rundown of exactly what sweet, sweet binging we've got planned for the weekend.

It'll mean you can jump straight onto whatever streaming service you like and head straight for a show we're confident you'll enjoy.

Between us, there's guaranteed to be something that's up your alley - for example, if you like comedies and quick, easy watches, I've got you covered. Meanwhile, my colleagues really love murders.

Probably all my colleagues on their weekends idk. Image: Giphy.

Grab your snacks, it's time for some TV inspo: 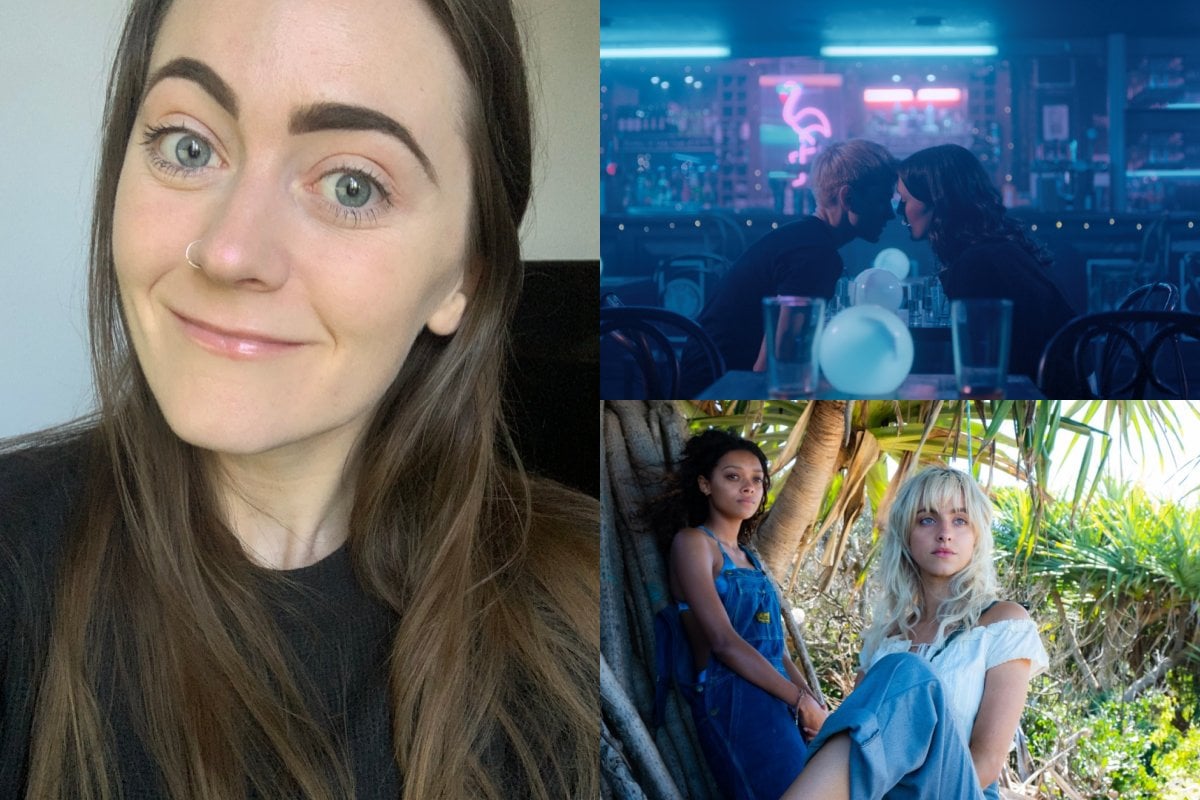 Feel Good was one of those shows I put on one afternoon in March 2020 when I needed something to do. I wanted to be transported away from the scary pandemic for a short while, but otherwise I had no expectations.

Before I knew it, I'd watched all six 25-minute episodes in one sitting.

It tells the story of Canadian comedian Mae (loosely based on real-life of actor and comedian Mae Martin) after she meets George (Charlotte Ritchie). They fall in love quickly and then have to navigate all the complications that come with that; like George's reluctance to tell her friends and family about her relationship and Mae's recovering drug addiction.

It's (mostly) an easy watch: low key and funny, followed a split second later by a gut-punch. Lisa Kudrow plays Mae's mother, which is also a delight.

Season two dropped earlier in June, and I've already brought my snacks and set aside a few hours to get through the entire thing in one go, again.

Stan's newest Australian production Eden drops on June 11, and I've been hanging out for it ever since the first trailer.

Watch: Seriously, how good does this look? Post continues below video.

It looks so mysterious! Plus, Stan's New Year's Day drop Bump has been my favourite show of 2021 so far. They're really nailing the Aussie originals, so I can't wait to see this one. 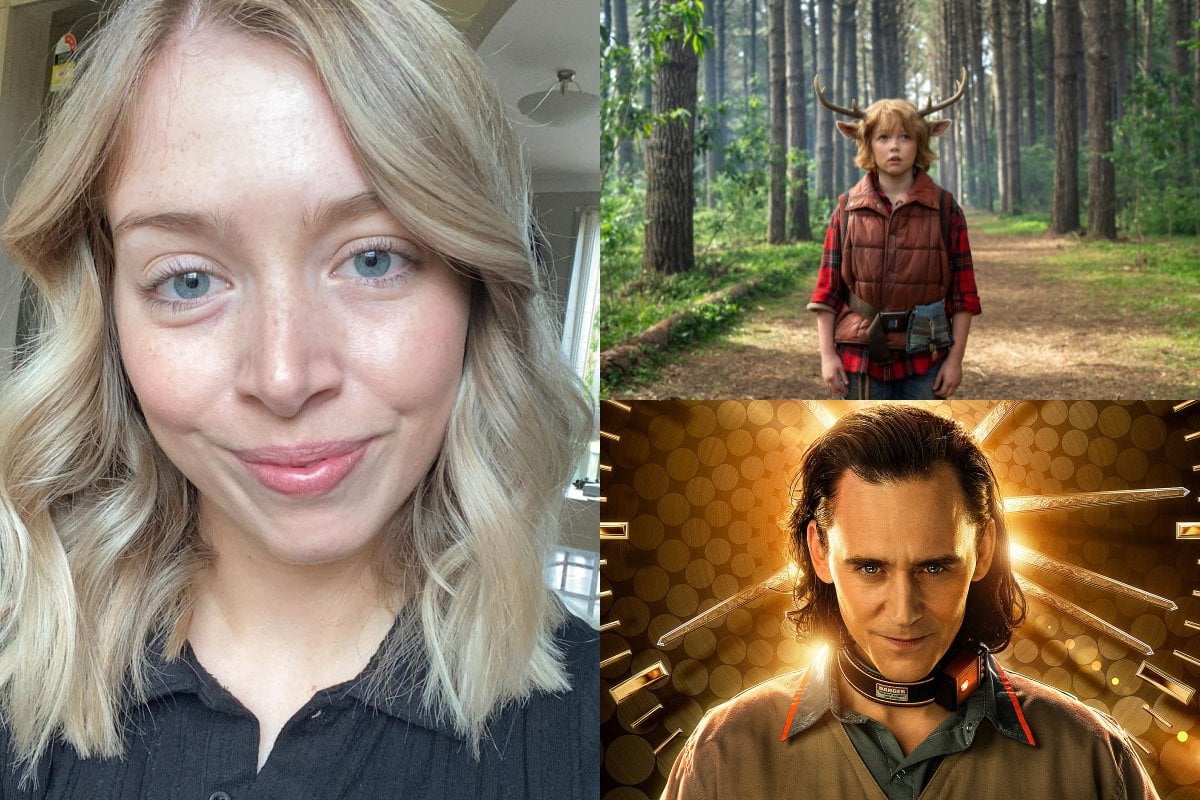 I started watching Sweet Tooth during the week, and I'm so keen to watch the rest of the series on the weekend.

Sweet Tooth takes place a decade after the 'Great Crumble', when a virus killed much of the world's human population. I know, I know. It sounds like a typical pandemic apocalypse series.

But there's a big twist. At the same time the virus is sweeping the world, human babies start being born as... weird animal hybrids.

It's a super heartfelt, whimsical story and I can't wait to see how it will end.

Read more: Should I Watch It? Sweet Tooth, the whimsical Netflix series that everyone is talking about.

I'll also be re-watching the first episode of Loki on Disney+.

There was a lot to unpack in the first episode, and I feel like I need to process it all... again. 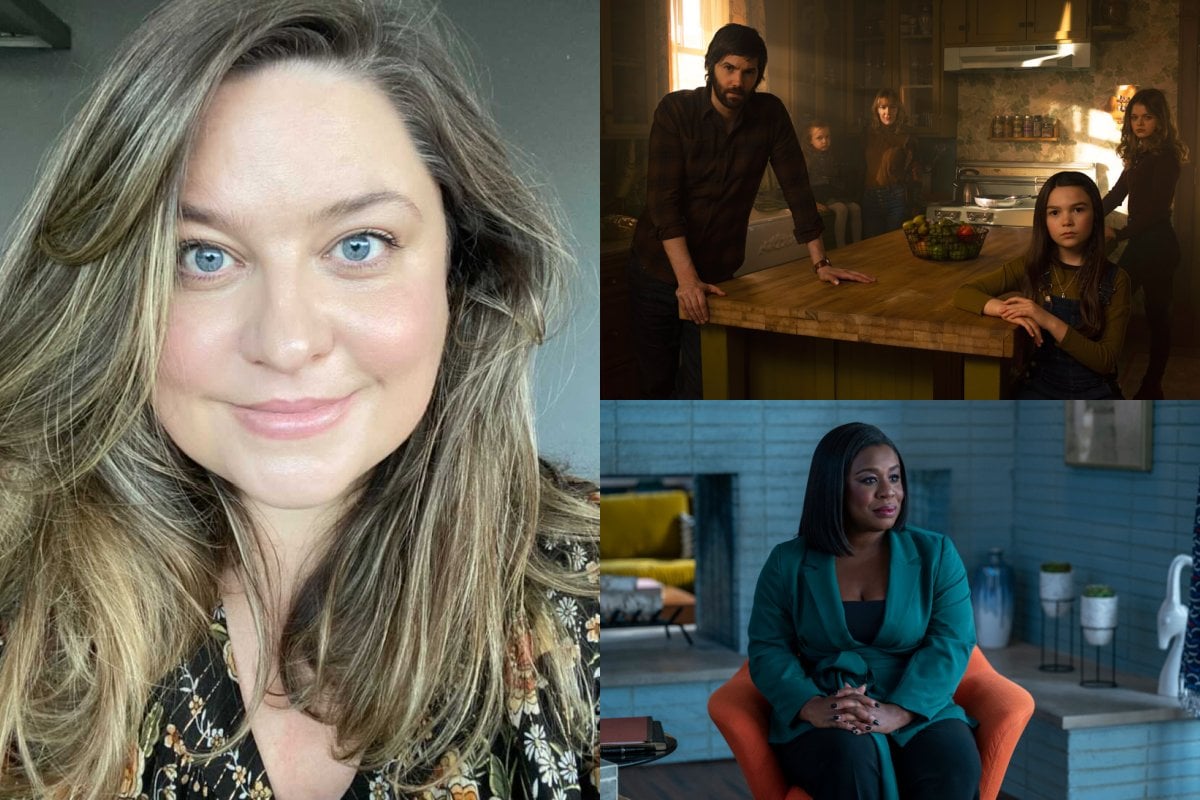 Obviously I'm going to spend my weekend watching murder mysteries. I can't wait for the first episode of the second season of Home Before Dark to drop on Apple TV+ on Friday night.

The series, which is one of Apple TV+'s best originals, is based on the true story of a young investigative journalist named Hilde Lysiak, the youngest member of the Society of Professional Journalists who founded the newspaper Orange Street News at 12 years old.

In the series, nine-year-old Lysiak moves from Brooklyn to a small lakeside town. She soon stumbles upon a cold case and attempts to discover the truth that the town, including her own dad, buried long ago.

The entire first season is on Apple TV+ now and the second season is dropping episode by episode on a Friday.

I'm also going to watch the fourth season of In Treatment on Binge.

The series has returned after an 11-year hiatus and it follows the story of therapist Dr. Brooke Taylor (Uzo Aduba) and three of her patients. It's a really interesting look at mental health and the role of therapy in 2021. 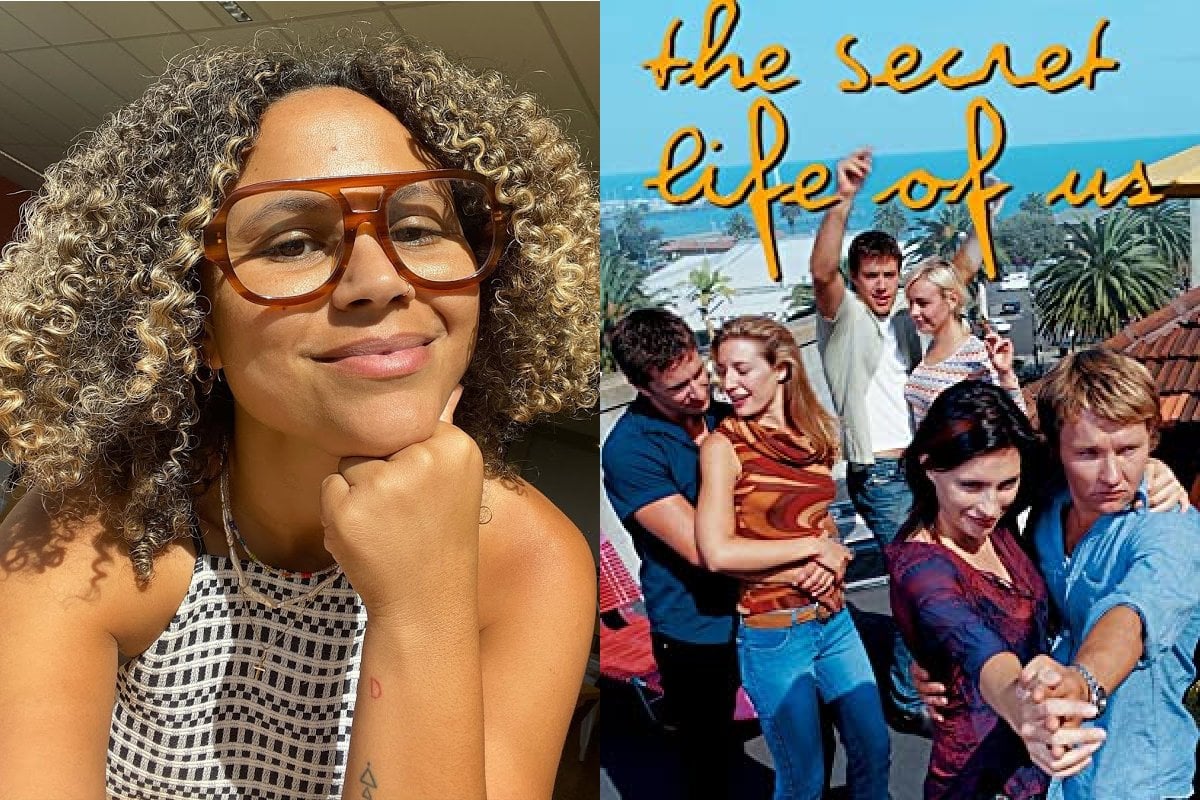 The Secret Life of Us, Netflix.

It's freezing and I need a warm hug this weekend. Lucky for me all four seasons of The Secret Life of Us are now available to stream on Netflix!

The cult Aussie series ran from 2001 to 2005 and kicked off the careers of Claudia Karvan, friend of The Spill Deborah Mailman, Samuel Johnson and Joel Edgerton.

The series follows a group of 20-somethings who live in the same apartment building in St Kilda, Melbourne, who are navigating careers, friendships, relationships and love interests.

When this came out, it completely broke the mould in terms of how it depicted the culture of young Australians navigating life in their 20s. It was gritty and plugged into a scene that wasn't being explored on mainstream TV.

It will have you reminiscing and feeling nostalgic for a simpler time with less responsibilities, belongings and no hangovers.

Laura Brodnik, Entertainment Editor and Host of The Spill. 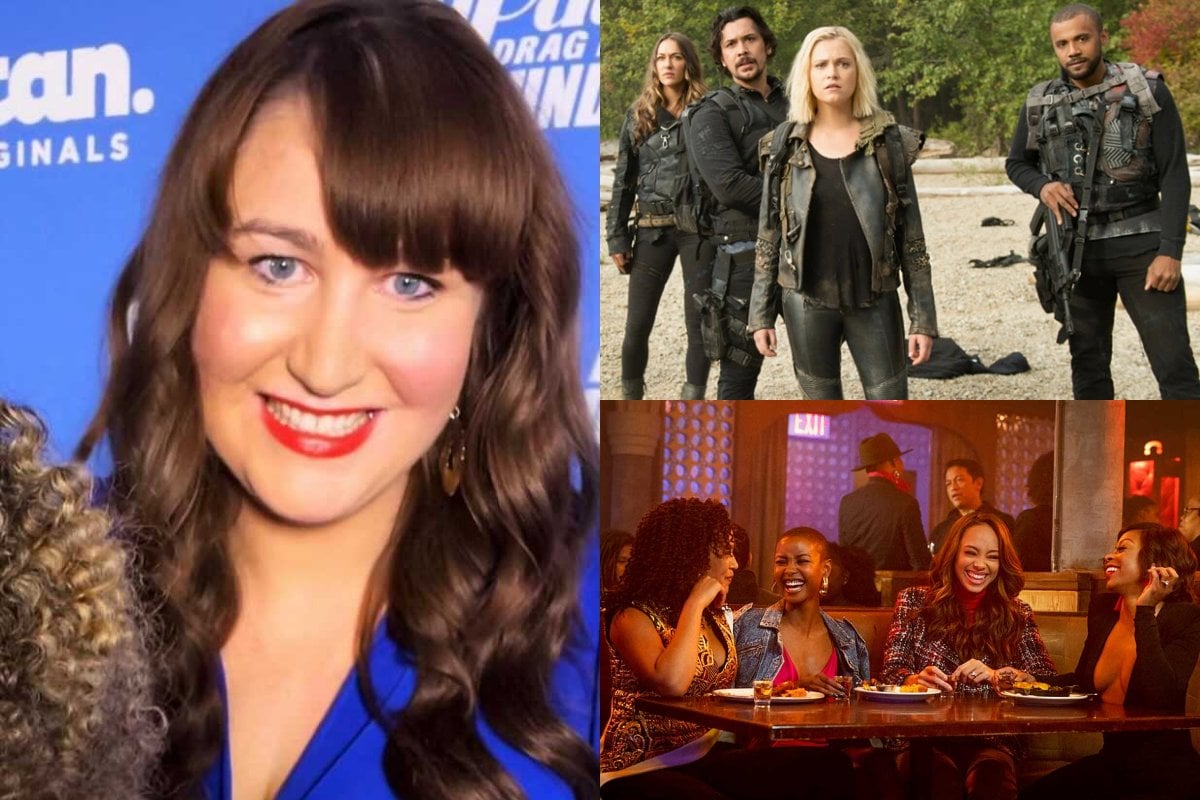 Easily watchable TV shows with lots of humour and heart are hard to find but I’ve unearthed a new one that I’m going to be bingeing all weekend.

Run The World on Stan is a dramedy set in New York (more specifically, Harlem) and it centres on four 30-something best friends, Whitney, Ella, Renee and Sondi.

It’s been likened to Sex and the City and in a way that’s true, they even make some pointed jokes about it in the first episode. It’s very much a show about a long-term, tight-knit group of girlfriends in fabulous clothes who gather at fancy bars to sip cocktails and talk about relationships, sex, career, and pretty much everything that’s going on in their (very turbulent) lives.

But it’s also a show that stands on its own feet away from the whole SATC comparisons and features a cast of predominantly Black actors telling a whole new set of sexy stories.

New episodes drop every week on Stan and there are four currently sitting there waiting for you to watch them (I advise you to pour yourself a wine/cocktail/some sort of festive drink before you hit play).

Ok, this next recommendation doesn’t paint me in a great light, but I’m going to sacrifice my professional reputation to tell you about a must watch show… that was kind of made for teenagers.

Just hear me out.

All seven seasons of The 100 are now available to watch on Netflix and look, there are few TV shows that fully weave their way into my soul and this is one of them.

The 100 is a post-apocalyptic, dystopian drama and the first season kicks off 97 years after a nuclear apocalypse has wiped out all life on Earth. Only a few thousand people are left alive in a space station orbiting Earth, and they are starting to run out of oxygen.

To see if Earth is now livable, 100 juvenile delinquents are sent to the ground where they are left to fend for themselves and also discover that they’re not the only people left alive.

That may not sound like a must-watch show if you don’t enjoy sci-fi, but it’s very emotion-driven and has some of the best character arcs and plot twists I’ve ever seen on TV. If a few of the end sequences don’t make you cry, then you have a heart of stone.

Like a $100 gift voucher for your thoughts? For your chance, take our quick survey  .