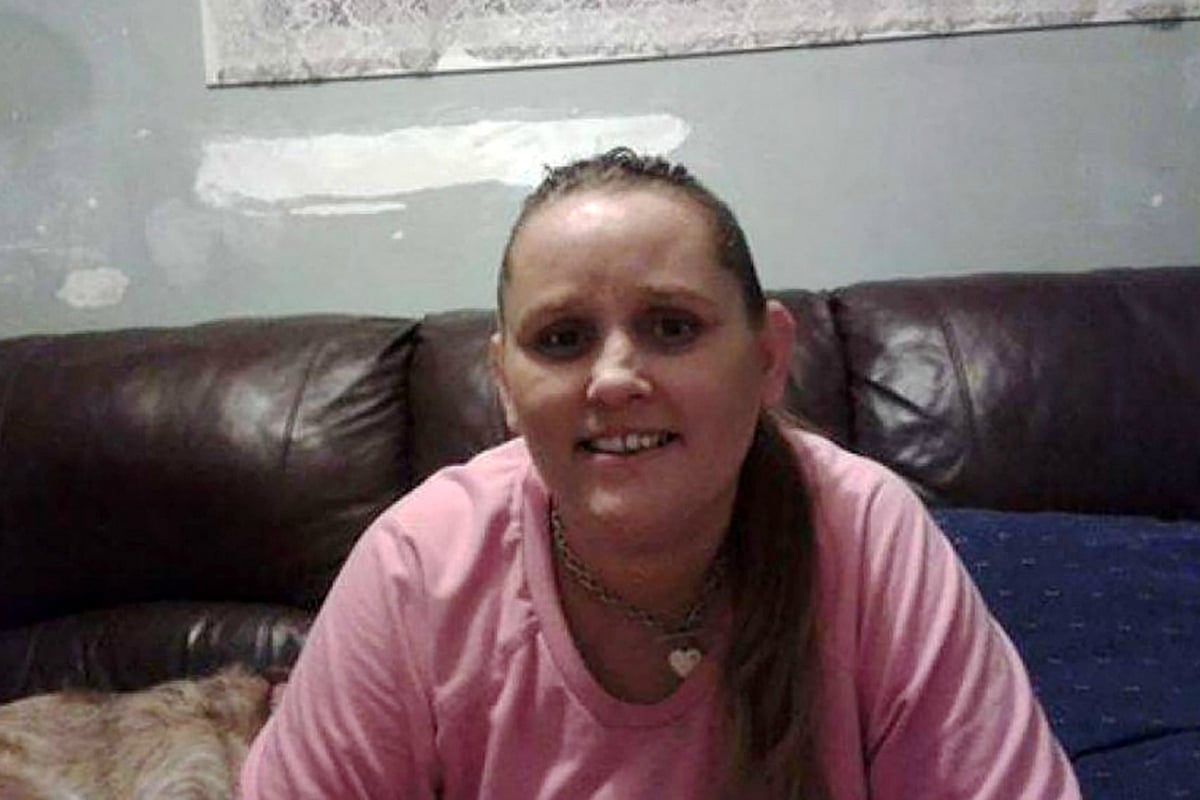 Aboriginal and Torres Strait Islander readers are advised that the following contains images and descriptions of people who have passed away.

Rebecca Maher was 36 years old when she died, alone, in a cell at Maitland Police Station on the morning of July 19, 2016.

In that moment, a community lost a proud Wiradjuri woman; a mother lost her doting daughter; three brothers lost a little sister; and four children, who were aged between 2 and 17 at the time, lost their loving mum.

﻿Rebecca had committed no crime to end up in New South Wales Police custody the previous evening. Police had picked her up in the Hunter suburb of Cessnock for signs of intoxication — "alcohol or drugs, or a combination of the two", the coroner's court later heard.

They sought no medical help for Rebecca. She was simply left to "sleep it off".

Family friend and spokesperson, Auntie Tracey Hanshaw, believes the police failed in their duty of care that evening.

"The police decided that they could care for Rebecca better than she could herself. Had they not done that, Rebecca would be alive today," the Awabakal elder told Mamamia. "They failed. Due to their own prejudices and negligence, they failed."

"I'm tired of begging and asking for our humanity": Indigenous Lives Matter. (Post continues below.)

A July 2019 coronial inquest into Rebecca's death ruled it to be accidental, the result of a toxic quantity and combination of two prescription medications. However, the officers dealing with Rebecca were found to have breached a number of protocols.

She was denied food, no attempts were made to contact a responsible person, and for more than four hours — between 1:27am and 5:51am — no one entered her cell to check on her wellbeing or attempt to rouse her. Instead, officers monitored her condition via CCTV and through her cell door.

Acting NSW State Coroner Teresa O’Sullivan also pointed to an apparent lack of care for Rebecca's welfare in the hours leading up to her death.

Police, acting on false information from a dispatcher, chose not to search her because they believed she had HIV and Hepatitis C. Had they done so, they would have discovered the two prescription pill bottles tucked in her pant leg — a clue that would have alerted them to the cause of her intoxication and the need for medical assistance.

One officer also made comments and gestures that suggested she had body odour, and mimicked Rebecca’s stumbling by acting like a chimpanzee.

"It is difficult to escape the conclusion that 'distaste' for the physical state Rebecca was in was a significant factor in the manner in which police dealt with her," Acting Coroner O'Sullivan stated.

Tracey Hanshaw believes the officers' behaviour was a symptom of systemic racism, of false ideas about Aboriginal people.

"The treatment she received was disgusting. It was inhumane. It's unfathomable that four grown adults in a position of responsibility to the general public can mock and disgrace a young woman laying there, dying, in front of them," she said.

"I don't know too many people in my life that would carry on that way, let alone ones dressed in a blue uniform."

Australia has a shameful record of Aboriginal deaths in custody. (Post continues below.)

When an officer finally entered Rebecca's cell the following morning, they found she was not breathing. Police and paramedics' attempts to revive her failed. Rebecca was declared dead at 6:07am.

CCTV footage of what unfolded inside the station that night has not been released to the public. But Tracey, who supported Rebecca's mother through part of the inquest, says she will never be able to forget what she saw in that vision.

"I sat there and watched a young, healthy woman die," she said. "And it wasn't a movie — it was real."

Rebecca is among 164 Indigenous Australians to have died in custody since 2008 alone, according to The Guardian's Deaths Inside Database.

Those statistics and stories like Rebecca's inspired thousands to march in anger and solidarity through city streets last month amid a global resurgence in the Black Lives Matter movement.

In Tracey's view, that shame extends to the way victims' families are treated during the process of investigation and coronial inquiry.

Three families speak with Karla Grant about the events that led to their loved ones dying in custody.
Living Black: Aboriginal Lives Matter Special, Wednesday 8:30pm.
Warning: This program contains images of people who have passed away and scenes that may distress some viewers. pic.twitter.com/g7b7s2YBe7

She tells Mamamia that Rebecca's mother received a "shocking" lack of support as authorities probed her daughter's death.

When Tracey learned of her case, she stepped in, providing transport to Newcastle Courthouse, a hand to hold as evidence was given and invaluable insight into the process.

Tracey, who is currently studying law, is the founder of a not-for-profit organisation called Justice Aunties, which aims to dispatch female Indigenous elders to support Aboriginal and Torres Strait Islander families who are dealing with the justice system. Tracey currently funds the work herself, but says more volunteers are needed to carry it out nationwide. ﻿

"Indigenous culture is around food, it's around communication and support. I know that we're not the ones that make sure people that are doing it tough are OK — that's just humanity," she said.

"But Rebecca Maher's case really highlighted that to me that no one is doing this [in the justice system]. It takes nothing to organise a platter of sandwiches to make sure that relatives travelling hours to court have food in their belly while they're sitting there listening to the most disgusting things being said about their family."

No charges were laid against the officers involved in Rebecca Maher's detention.

Some solace comes in the recommendations handed down by the Acting Coroner, including further training for police on how to deal with people suspected of having potentially infectious diseases and that intoxicated Aboriginal people held by police be afforded the same access to legal services as those who have been arrested.

"The legacy of the loss of her life is that every other Indigenous person a bit safer when they are detained by police," Tracey said.

But what a price to pay.

"Black lives — Aboriginal lives — really matter, and it's about time that the Government and all its systems and all its courts realise this," Tracey continued.

"When we allow and condone police and Corrective Services officers to get away with this sort of stuff, it's not going to stop. And my attitude is if they are allowed to do this to the Indigenous people of this country, you're only one shade of colour away from it being done to you.

"Understand that all lives only matter when all lives are treated equally. Get to a rally. When all of us unite together to stop this kind of behaviour by authorities, then and only then, can this country move forward."

If you have the means to do so, you can actively help the Black Lives Matter cause in Australia and the United States by donating to organisations working towards racial justice, such as the National Aboriginal and Torres Strait Islander Women’s Alliance and the Justice for David Dungay Fund. You can also donate to the Black Lives Matter Global Network here. If you can, consider regularly donating to Indigenous-run organisations and First Nations causes.

Other active ways to help include signing petitions, attending peaceful protests, listening to BIPOC, raising their voices, educating yourself on racism and privilege, and ensuring we are all taking part in the conversation to dismantle systemic racism.