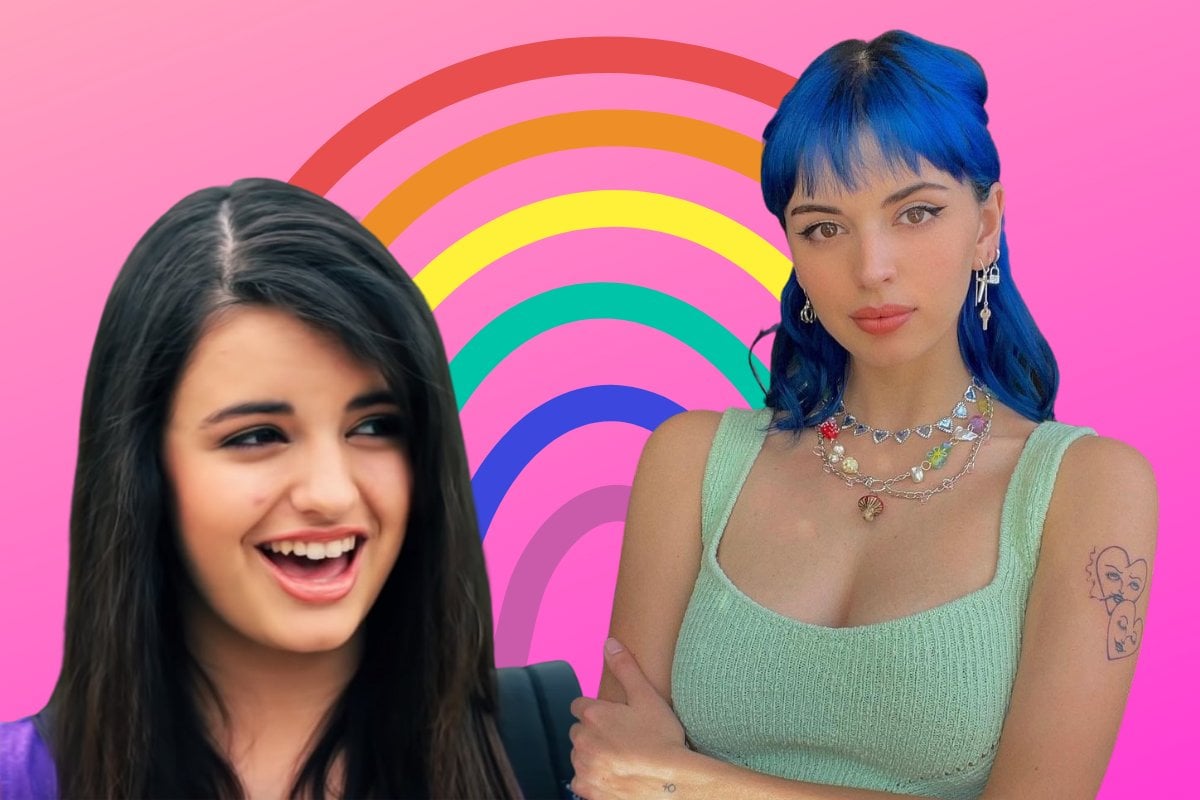 In 2011, a song was released that would change the way we’d think about our weekends forever.

But then came along Rebecca Black and a viral YouTube video, and suddenly Fridays had an entirely new meaning.

Along with the typical 'Happy Friday!' messages, people laughed about 'getting down' and wondered 'what seat could I take?'

For most of us it was amusing. For Black, it was excruciating.

2021 marks 10 years since the release of 'Friday', and it's taken that long for Black to fully embrace her notoriety. She's released a remix of the song to mark the milestone, a far cry from the humiliation she said she felt when she was younger.

Speaking to Bustle, Black recalled how therapy helped her shift her perspective.

"I remember so many specific moments of being on a phone call, and someone being like, 'Happy Friday,' and me feeling fully attacked. I learned that the issue was not, 'Oh, you did this really bad thing'. It was all of the conclusions that I [came to about] that experience. Like, 'I'm not talented, I'm ugly, I'm a mess-up, I'm stupid.'"

In February 2020, commemorating nine years since releasing 'Friday', the 23-year-old touched on the difficulties she faced since the release of the song when she was a young teen. In a Twitter post, she wrote about the depression and bullying she's suffered due to the infamous hit and how it's continued to affect her career.

"Above all things, I just wish I could go back and talk to my 13-year-old self who was terribly ashamed of herself and afraid of the world," she wrote.

"Hell, to myself a few days ago who felt disgusting when she looked in her mirror! I'm trying to remind myself more and more that every day is a new opportunity to shift your reality and lift your spirit.

"You are not defined by any one choice or thing. Time heals and nothing is finite. It's a process that's never too late to begin. And so, here we go!

okay so i just got back on twitter and i am just so blown away and confused and grateful at the messages you guys have been sending to me in response to this. i could have never imagined support like this. that you a million times i just wanna cry!! (happily!!!) https://t.co/SOxFLJhjD9

As the story goes, Black’s parents paid now-defunct production company Ark Music Factory a few thousand dollars to give their daughter a chance at feeling like a real pop star.

The money bought Black a pre-written song to record and the chance to star in the accompanying music video... Enter: 'Friday'.

First uploaded to YouTube in February 2011, Black's debut single, released when she was just 13, amassed more than 168 million views on YouTube in its first three months.

Dubbed by many as the worst song ever released, it went viral for all the wrong reasons.

'Friday' is undoubtedly one of the decade's weirdest cultural phenomenons. And I'll be honest - not a Friday goes by when I don't think about it.

Which means, not a Friday goes by when I don't think about Rebecca Black and wonder how she's doing.

The internet can be a gross place, so it probably isn't surprising to hear that following her song's virality, Black received an extreme amount of hate, abuse and even death threats.

Beyond social media comments and many, many parodies, Black was also bullied by her classmates. It became bad enough that she started to fail her classes. She left her private school and was homeschooled instead.

In 2017, Black wrote an essay for NBC News about how she struggled following her unexpected infamy.

"I will never fully understand how I became one of the first people to experience online bullying in an extremely intense way.

"But I do know now that what happened to me is truly just a global extension of something that goes on in every school, on every computer screen and in every neighbourhood," she wrote.

"In my life, there were people I personally knew at school and in my inner circle who verbally abused me. But then there were also complete strangers from all around the world using social media to deride me, degrade me and even worse; some people threatened my life."

The LGBTQI+ community was among the first to embrace 'Friday' as a novelty hit rather than a joke.

Black found a safe space which continued when members of the community cottoned on to her own queer identity.

She first spoke publicly about her sexuality in April 2020, telling podcast Dating Straight she never planned a 'coming out'.

"I made a conscious decision to not, like, 'come out,'" she said.

"Every day is different, it's something that over the past few years I've obviously been having a lot of conversations with myself about.

"To me, the word 'queer' feels really nice. I have dated a lot of different types of people, and I just don't really know what the future holds. Some days, I feel a little more on the 'gay' side than others."

Not long after, she wrote the song 'Girlfriend' about an ex, the first time she did not change the female pronouns to hide that it was about a woman.

"There are so many queer female or female-presenting artists right now that are amazing, but at the same time we need more. As just a queer person who listens to music, I need more," she told Bustle.

Black plans to release new projects in 2021, but she's been releasing music for years - and not all her songs are about days of the week (although... um, there was her second single, called... Saturday).

If you heard the 2019 singles Anyway or Do You? on the radio or in a store, you really would have no idea it was the girl who sung "Yesterday was Thursday, today it is Friday, we we we so excited". I promise.

In 2018, Black appeared on the musical competition The Four: Battle for Stardom, hosted by Fergie and judged by Sean Combs, Meghan Trainor and DJ Khaled.

After singing NSYNC's Bye Bye Bye for her audition, Black was knocked out in the next round, which involved a sing-off with another competitor.

Although she didn't win, Black said she was glad to give people an insight into what she'd been up to in the years since Friday.

"I am just blown away reading your comments and seeing so much support online," she tweeted after her elimination.

"Sending all of my love right back to you. Thank you for hearing me, for seeing me. This is just the beginning."

Beyond music, Black has one million followers on Instagram and has posted a number of influencer posts.

Her YouTube channel has close to 1.5 million subscribers, and she regularly uploads lifestyle videos, song covers and 'a day in the life' style videos.

She also regularly toured the US (pre-COVID)... and yes, she always sung 'Friday'.

This article was originally published in February 2020 and has been updated.

Reply
Upvote
1 upvotes
Oh man, I hate always being the one late to the party - this was one year ago.
I'm never going live this down, or give it up, or run around and desert ... um I got distracted
L
Laura Palmer 2 years ago

The sad thing is, a lot of her bullies would have been fully grown adults. This song sucks, but it doesn't mean that the 13 year old child who is singing it deserves to be bullied so horrifically.