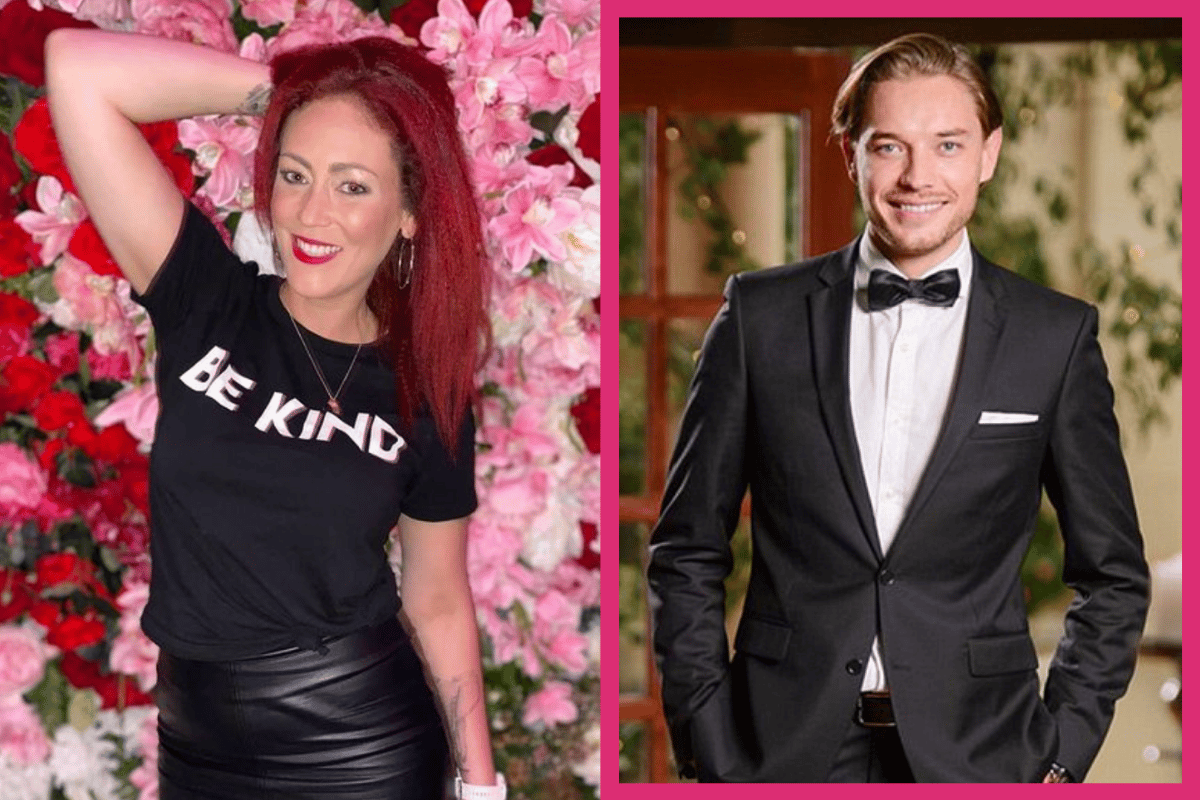 When it comes to reality TV, there will always be a ‘villain.’

Sometimes that title is well-deserved - take for example the recent case of Married at First Sight 2022 groom Simon Blackburn and his TikTok videos.

But what has become apparent over the last decade, is that some of the ‘characters’ on these hit shows can be branded ‘the most hated person in Australia’ simply because of an edit.

And what results are some serious consequences, including social anxiety, depression, death threats, trolling and, in some cases, suicidal ideation.

Here are some of the reality TV villains, who say the way they were portrayed changed their lives forever. 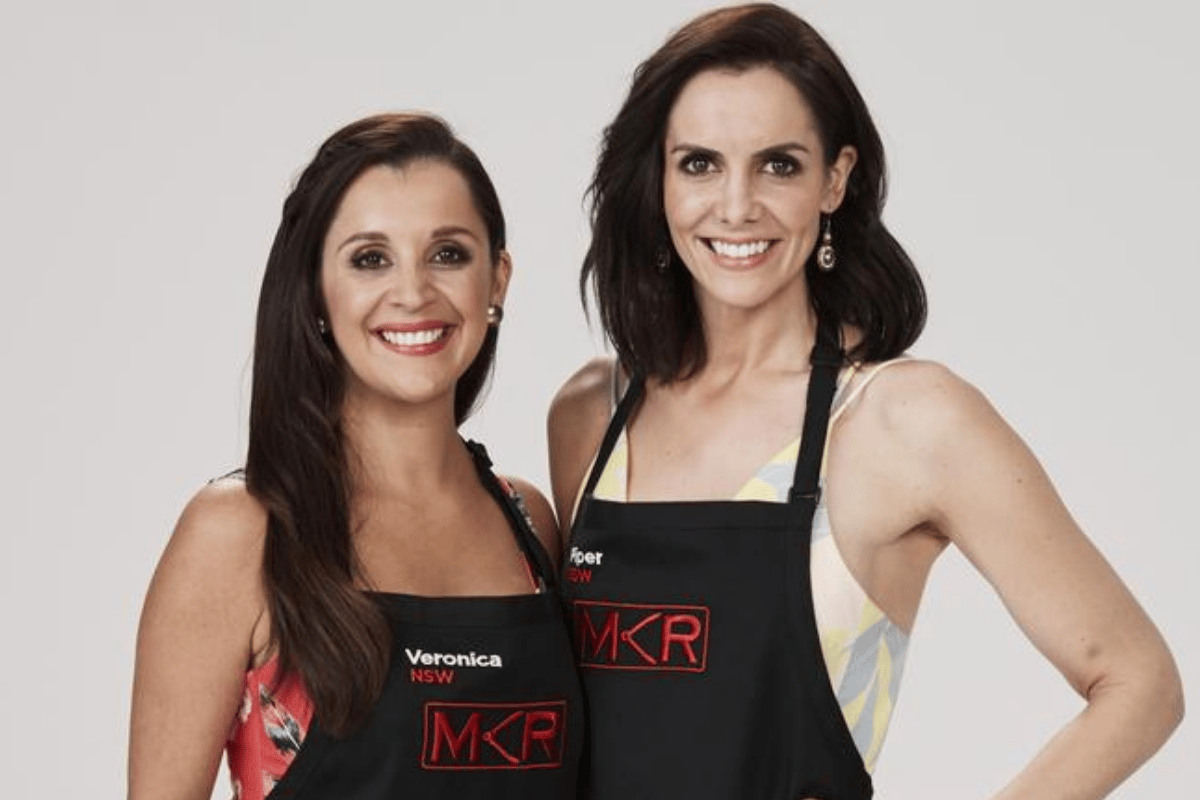 Image: Channel Seven. This week, it was revealed by news.com.au that former My Kitchen Rules contestant Piper O’Neill had her weekly compensation, due to psychological injury while filming, suspended.

Piper appeared on the 2019 season where she was part of a much-hyped “sex scandal” storyline, where producers revealed her relationship with a rival contestant, Victor Aeberli. O'Neill has two children and was separated from her husband at the time.

She later lodged a workers’ compensation claim for psychological injury due to alleged vilification and bullying from producers and the network.

Channel Seven was then ordered to pay Piper $400 per week. But in October this year, the broadcaster’s insurer GIO suspended her benefits after she refused to attend a psychologist’s appointment for psychometric testing.

“It’s quite traumatic for people to go through,” said Piper’s lawyer Carmine Santone. “It goes for hours.”

Keira Maguire first appeared on The Bachelor franchise in 2016 for Richie Strahan’s season.

“I had no idea that I was going to be a villain, none at all. But at the same time, I’m not someone who holds back on what they say,” Keira told Mia Freedman on No Filter.

Keira says when she sat down to watch the very first episode, she was “mortified”.

“In my introductory video, I was joking in a lot of that, but it was made to be so serious. When the first words out of your mouth are the fact you think you’re the ‘total package’ - earnest or sarcastic - you suddenly become a producer’s Playdough: to be moulded and shaped however they please. After all, you signed the dotted line,” she said.

Listen to No Filter: Keira Maguire the cult figure of The Bachelor. Post continues after audio.

Initially, the response from viewers was quite negative, says Keira, and it was incredibly “overwhelming.”

“You’re living your day-to-day life and all of a sudden, one day people are going out of the way to force their opinions on you. You can start to isolate yourself because you don’t want to leave the house, it’s actually quite dangerous.”

In Sam Frost’s season of The Bachelorette, ‘the international model’ David Witko was portrayed as the superficial, conceited villain.

As a result, he was tolled on social media, giving him such crippling social anxiety, he was unable to leave the house. 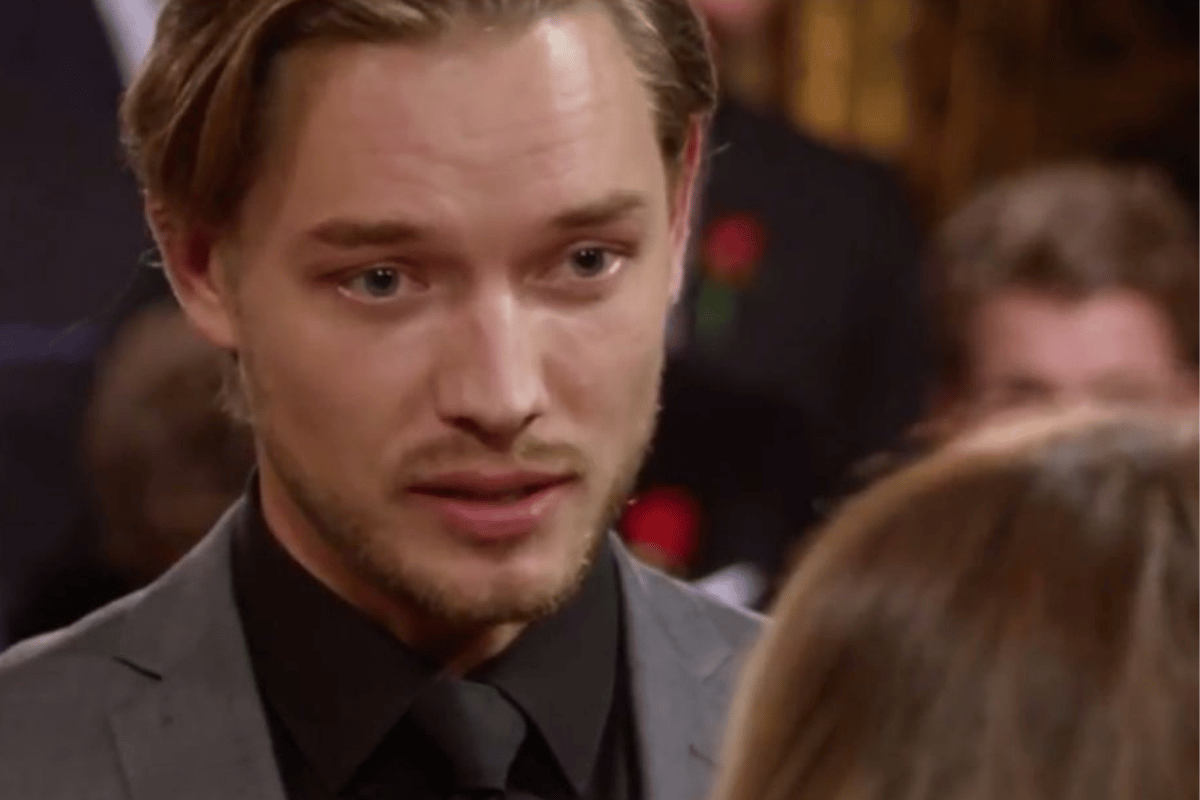 “They really made me seem like a bad person,” Witko wrote in article for the ABC. “Because I was portrayed as the villain on the show, all the big names I was working with dropped me: because why would you want to have a villain portray a wholesome brand?

“I had to isolate myself from the world for a little while there. I literally had such bad anxiety that I couldn’t walk into crowds,” he shared.

In 2017, Nicole Prince was the undisputed villain of House Rules.

This week, the Seven Network was found liable to pay a workers’ compensation claim brought by a former 'House Rules' contestant.

Nicole Prince suffered a major depressive episode after she and her partner were cast as the “mean girls” in the 2017 season: https://t.co/LZuT0TiAul

In the landmark case, Prince claimed she was “harassed and bullied throughout filming” and struggled to find work after she was “portrayed as a bully” on the show. 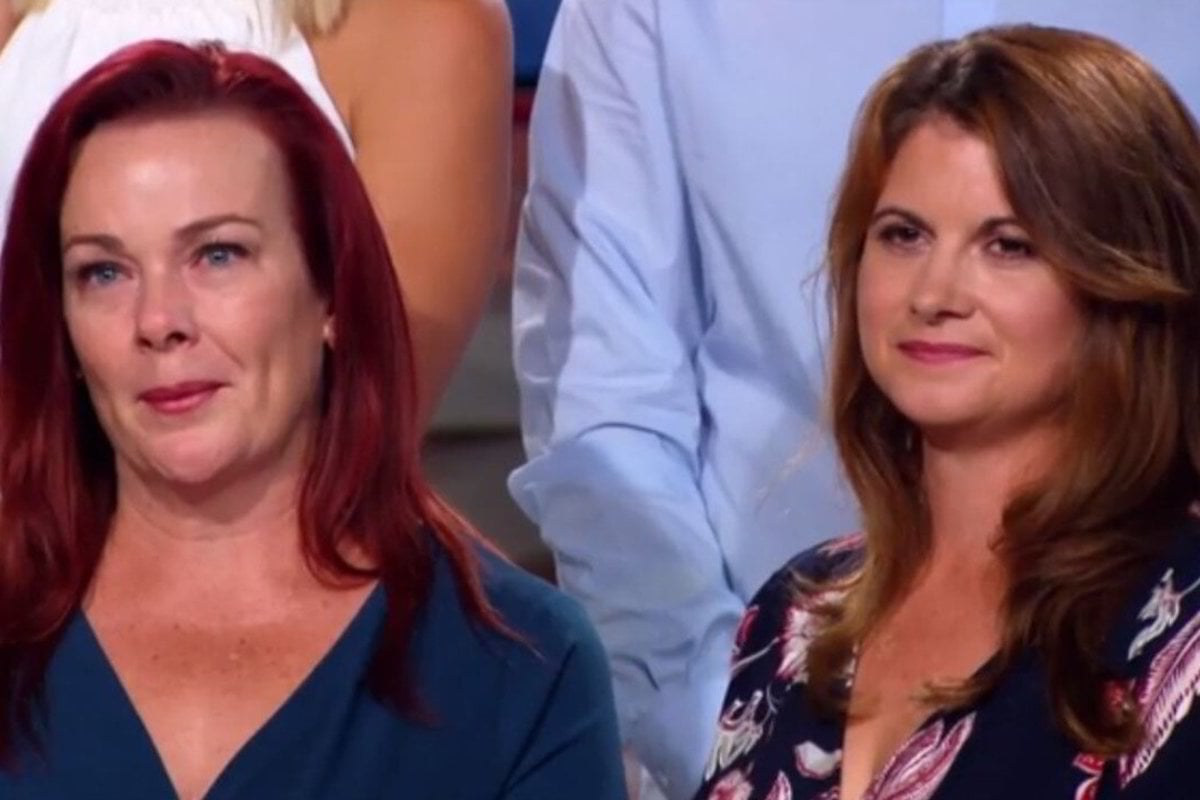 Image: Channel Seven. “After my episode aired, I wanted to kill myself and I started drinking more alcohol in an attempt to self-medicate. Since our program aired, I have not been able to obtain work. I feel devastated and worthless about the loss of my career and working life,” Nicole wrote in her workers’ compensation claim.

As reported by news.com.au, Nicole underwent a medical assessment in 2020 in which the tribunal found she is unlikely to work again, because of her mental health.

Lauren and her husband Carmine starred on My Kitchen Rules in 2016 and were the runners up in the cooking competition. Throughout the series they were ‘the villains.’ 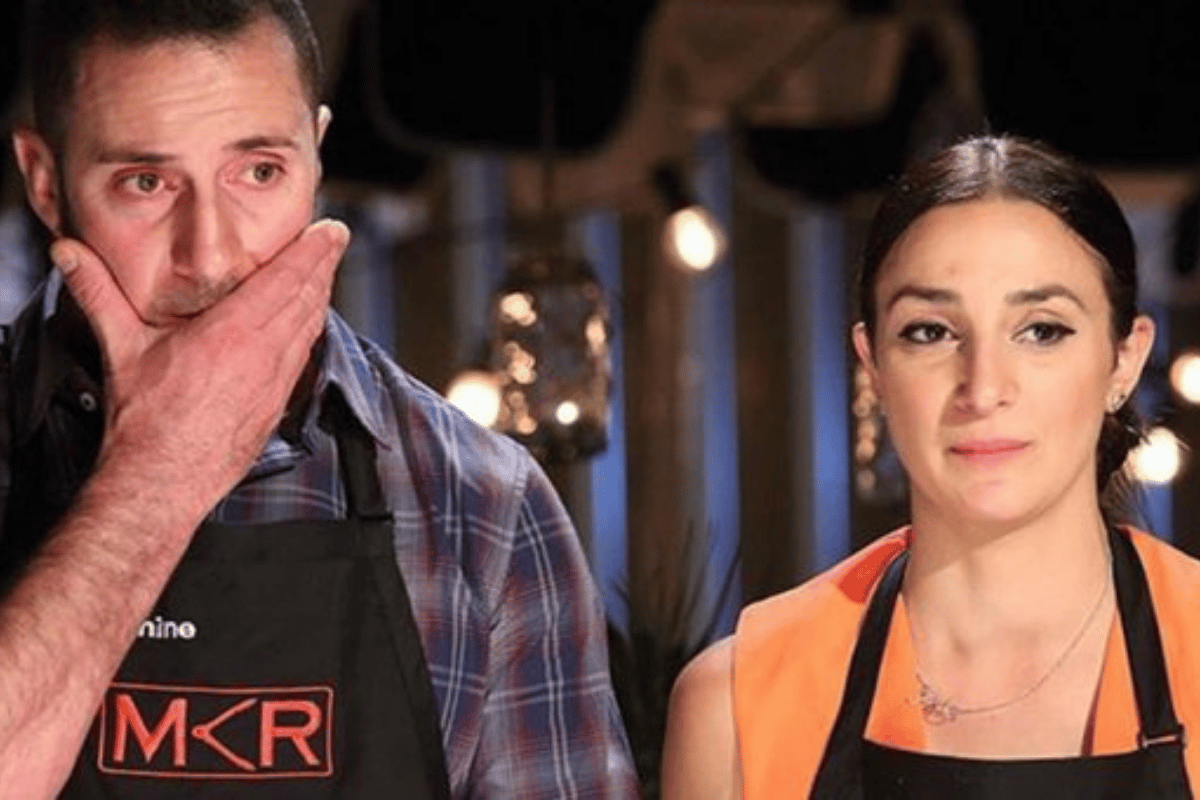 Image: Channel Seven. “‘Lauren’s the most hated person in Australia’ is one headline I read. It was devastating. I wanted to change our lives, and that’s the part that cuts me up to this day,” Lauren said on You Can’t Ask That.

“You try getting a job when you are plastered all over the TV and magazines in a negative light: it doesn’t happen.”

Appearing on Sophie Monk’s season, Kiwi Ryan Jones was portrayed as the villain from the first episode. 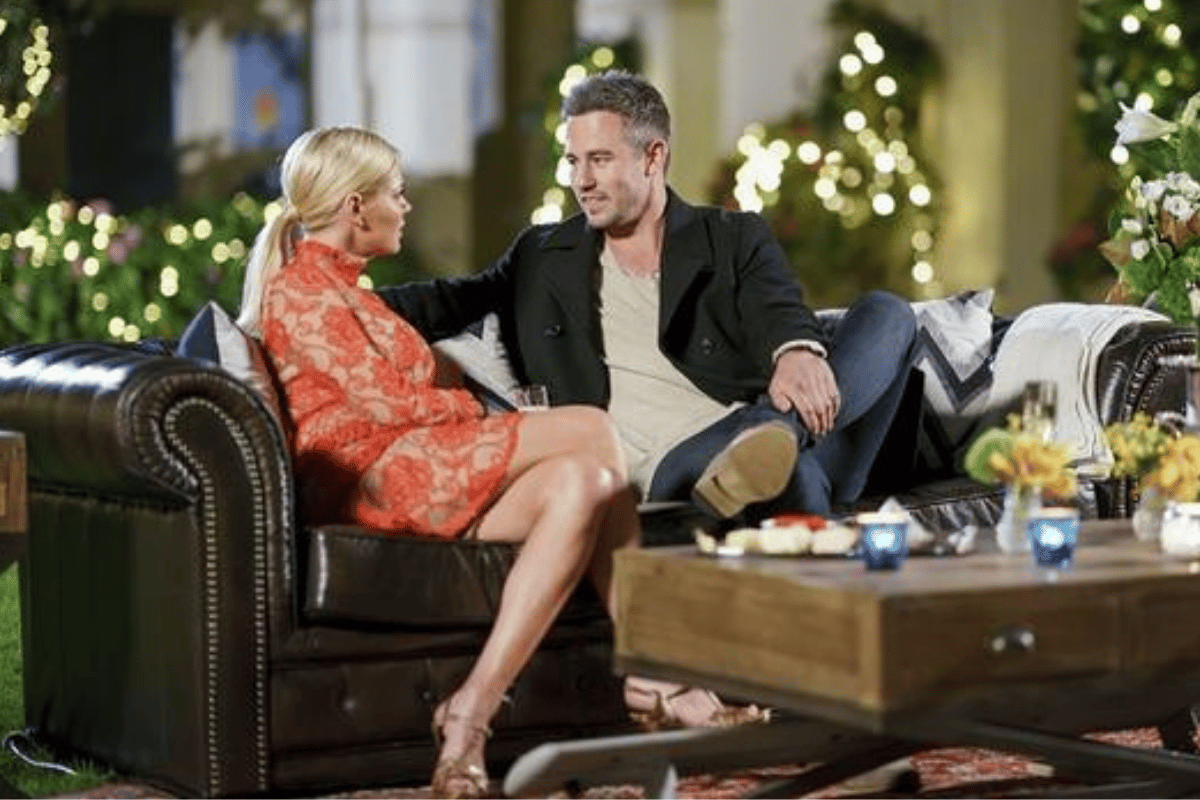 “The producers made me feel comfortable and trusting. It was naïve of me to think that possibly someone had my best interest at heart. They get so much footage they can do whatever they want with you,” he said on You Can’t Ask That. 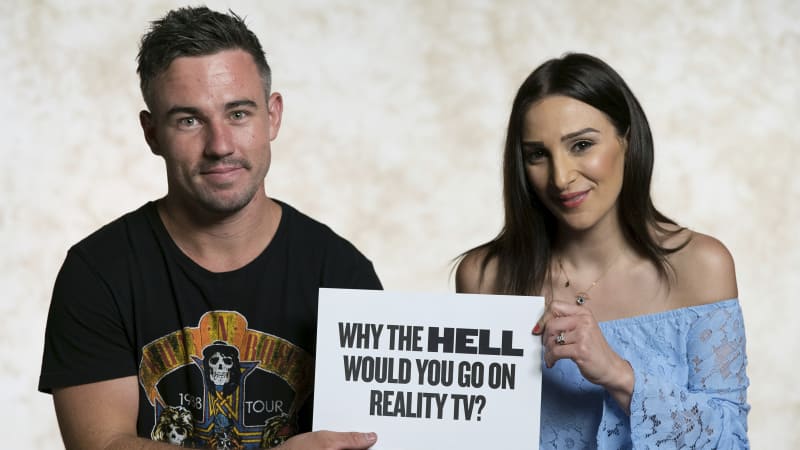 Clare Verrall appeared on season two of Married at First Sight, and was ‘matched’ with Jono Pitman.

As someone who has a history of PTSD after experiencing a violent attack, Verrall says it was incredibly irresponsible for producers to match her with someone “who had known anger management issues.”

Speaking on Channel Seven’s Sunday Night in 2019, Verrall shared that her experience on the show left her in a place so dark, she tried to end her life.

While the show was airing, Verrall received death threats from online trolls. She says she tried to reach out to Channel Nine for support.

“I got a lot of really specific threats like, ‘I hope she gets raped and then dies in a fire’. I was begging the network for help. Once they’ve used you up, they don’t need you anymore. You’re gone,” she said.

Speaking to Mamamia previously, she said her life “spiralled” after her appearance on the show, and she wasn’t able to return to the job she had loved for two years.

This is why you haven’t seen Married at First Sight’s Clare Verrall in a year. https://t.co/4VQY8XlmqA pic.twitter.com/P1YJghGRZr

“I actually spiralled right down. My family had to put me in a trauma facility for a month which cost them $30,000,” she told Clare Murphy, host of The Quicky.

“That show may just be a show for everyone else and a distant memory but I’ll always wear the scars on my wrist from that show. Always.”

Reply
Upvote
There was a very enlightening Australian documentary about the real life effects on cast members of reality shows portraying them as villains. If anyone's interested, look it up. It's called 'Creating A Monster' by Gena Lida Riess
S
simple simon 6 months ago

he was tolled on social media