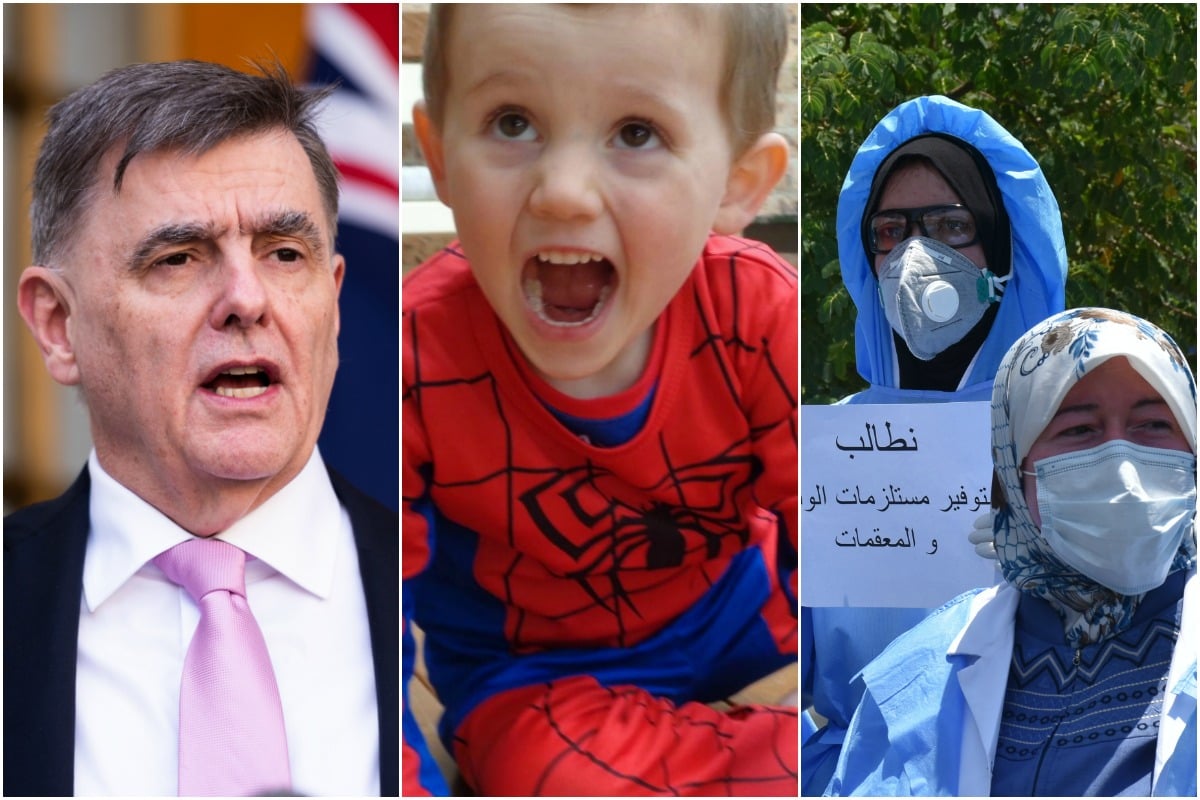 Three friends have been named as the victims of a suspected terrorist attack in a park in Reading, southern England.

A heart-shaped floral tribute to the three men could be seen outside The Blagrave Arms pub in Reading on Monday afternoon, alongside candles and a note from the staff. 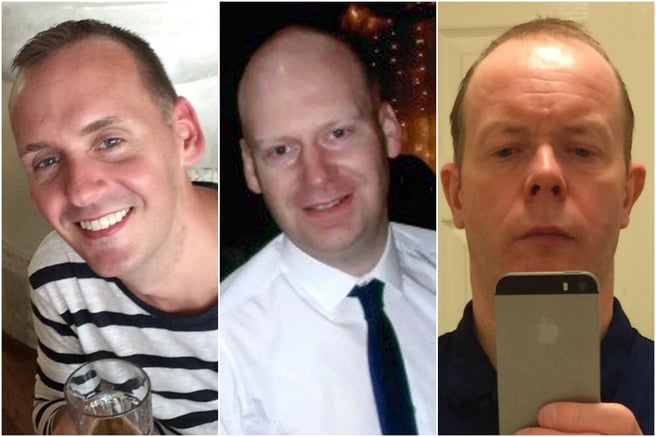 Joe, James and David - three friends - died in a terror related attack in England over the weekend. Image: Facebook.

"The Blagrave Arms management and staff are devastated at the announcement that the three people who died in the Forbury Gardens attack on Saturday were regular customers and very dear friends of ours," it read.

"Our hearts go out to their family and friends, and the other victims of this horrific incident."

A message among the flowers paid tribute to the three.

"Our friends were the kindest, most genuine, and most loveliest people in our community that we had the pleasure in knowing," it said.

Ritchie-Bennett and Furlong had been strong supporters of the LGBT+ community, the chief executive of charity Reading Pride said.

"They will be sorely missed by myself personally and many in the community," Martin Cooper said.

The 25-year-old suspect is understood to be Khairi Saadallah, a refugee of the civil war in Libya, who briefly came to the attention of MI5 last year. 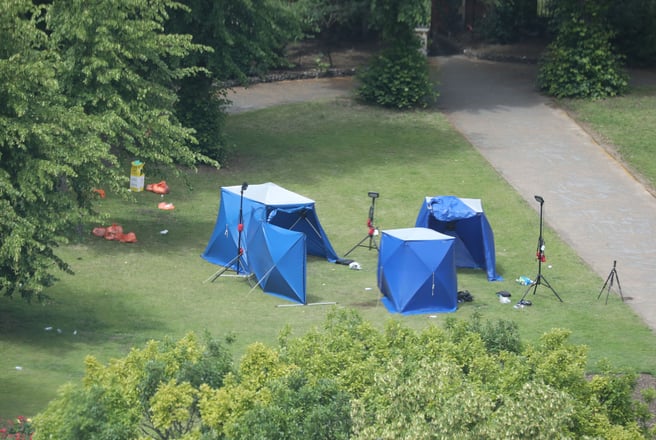 The attack happened on Saturday in some gardens in Reading, England. Image: AFP/Getty.

Saadallah, who is thought to have been released from prison earlier this month, was tackled to the ground by an unarmed police officer close to the scene.

A two-minute silence attended by more than 100 students was held at the Holt School in Wokingham on Monday morning in memory of Furlong, who pupils said was "always smiling".

"He was just a really kind teacher," Ella Banbury, 17, said.

Three people injured in the attack were treated in hospital, and all three were discharged by Monday evening.

Australia's top medical adviser on the coronavirus pandemic says there's a 'lot of luck' involved in the caseload when comparing Victoria and NSW.

Victoria's active cases have more than doubled in a week, with 16 new infections on Monday taking the total to 125.

By contrast, active cases in NSW have jumped by 22 in the past week, but fallen or remained at zero in every other state.

Victoria's case numbers are now the highest they've been in more than two months, after six days of double-digit growth.

The spike caused the West Australian government to shelve a plan to open its borders in August and sparked a warning by NSW against visiting Melbourne.

Asked about the figures, Chief Medical Officer Brendan Murphy told reporters on Monday: "I think there is a lot of luck in this".

LISTEN: Australia's COVID-19 Spike: Did We Get Too Comfortable? Post continues after podcast.

He said NSW had been better at bringing community transmission under control by using measures such as pop-up clinics in hotspots.

But he said he did not see any reason why Victoria's cases should force other states to change their plans.

South Australia will send a team of experts to Victoria on Tuesday to help with contact tracing, spending three weeks helping health officials.

WA Premier Mark McGowan has declined to put a date on when the state's borders will reopen, but internal coronavirus restrictions will be removed by July 18.

Police have conducted a fresh search on the NSW mid-north coast, as part of ongoing investigations into the disappearance of William Tyrrell.

Officers on Monday searched in the vicinity of Herons Creek, just minutes' drive away from the town of Kendall, where three-year-old William vanished from his foster grandparents' home in 2014. 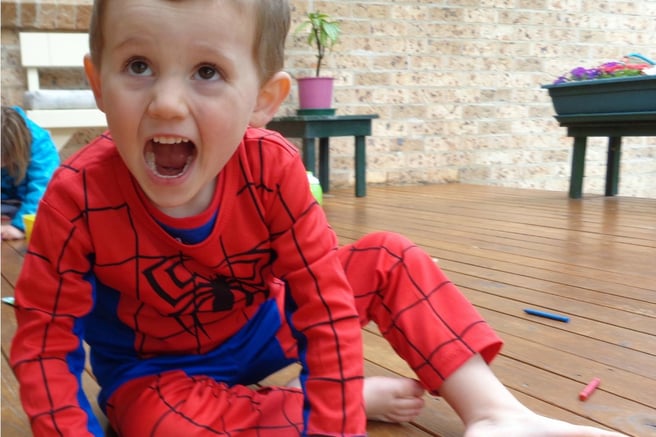 William has been missing since 2014. Image: Supplied.

Police are understood to be conducting further searches under a coronial order, amid an ongoing inquest.

Footage from the scene of Monday's search showed police and volunteers conducting line searches through long grass with the help of a dog.

An inquest into William's disappearance is expected to resume in October, after COVID-19 prompted its adjournment in March.

It took over three months for the world to see one million virus infections, but the last one million cases have come in just eight days.

Head of the World Health Organization, Tedros Adhanom Ghebreyesus, says the greatest threat now isn't the virus, it's the "lack of global solidarity and global leadership". 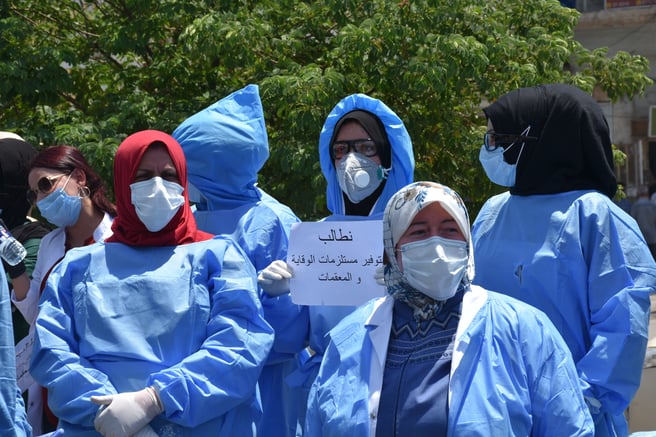 "We cannot defeat this pandemic with a divided world," he said, without mentioning recent tensions with US President Donald Trump.

Nearly nine million people have been infected by the virus worldwide, and more than 468,000 have died, according to figures compiled by Johns Hopkins University. 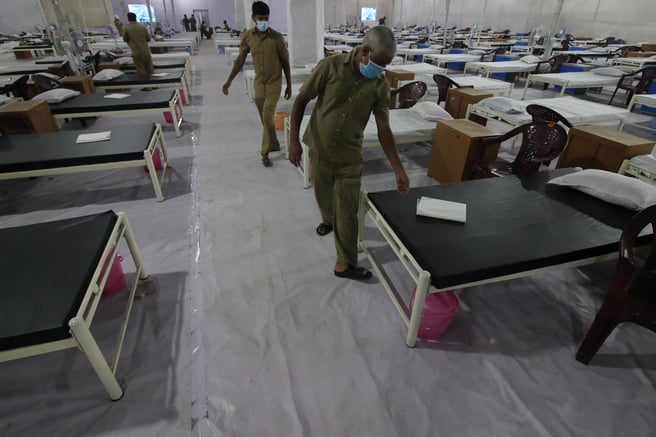 In Pakistan, infections are accelerating and hospitals are having to turn away patients, with new cases up to 6800 a day in mid-June. The government has relaxed pandemic restrictions, hoping to salvage a near-collapsed economy, as the number of people living in poverty has risen to 40 per cent, up from 30 per cent of the population of 220 million people.

In Iraq, masked workers were setting up makeshift coronavirus wards in Baghdad's vast exhibition grounds as a long-dreaded spike in infections strained its overstretched hospitals, battered by years of conflict and poor infrastructure.

More than two-thirds of the new deaths of late have been reported in the Americas. The coronavirus has killed about 120,000 people across the US, more than 50,000 in Brazil, and nearly 22,000 in Mexico. US authorities have reported more than 30,000 new infections a day in the last few days.

- Defence lawyers have effectively asked for a fresh investigation into the MH17 tragedy in which 298 people died, which if allowed could delay the Dutch criminal case for years.

- President Trump says his niece, Mary Trump "is not allowed to write a book" citing a nondisclosure agreement, after her plans to publish a tell-all about their family were revealed this week.

- Temperatures in the Arctic Circle are likely to have hit an all-time record on Saturday, reaching a scorching 38C in Verkhoyansk, a Siberian town.