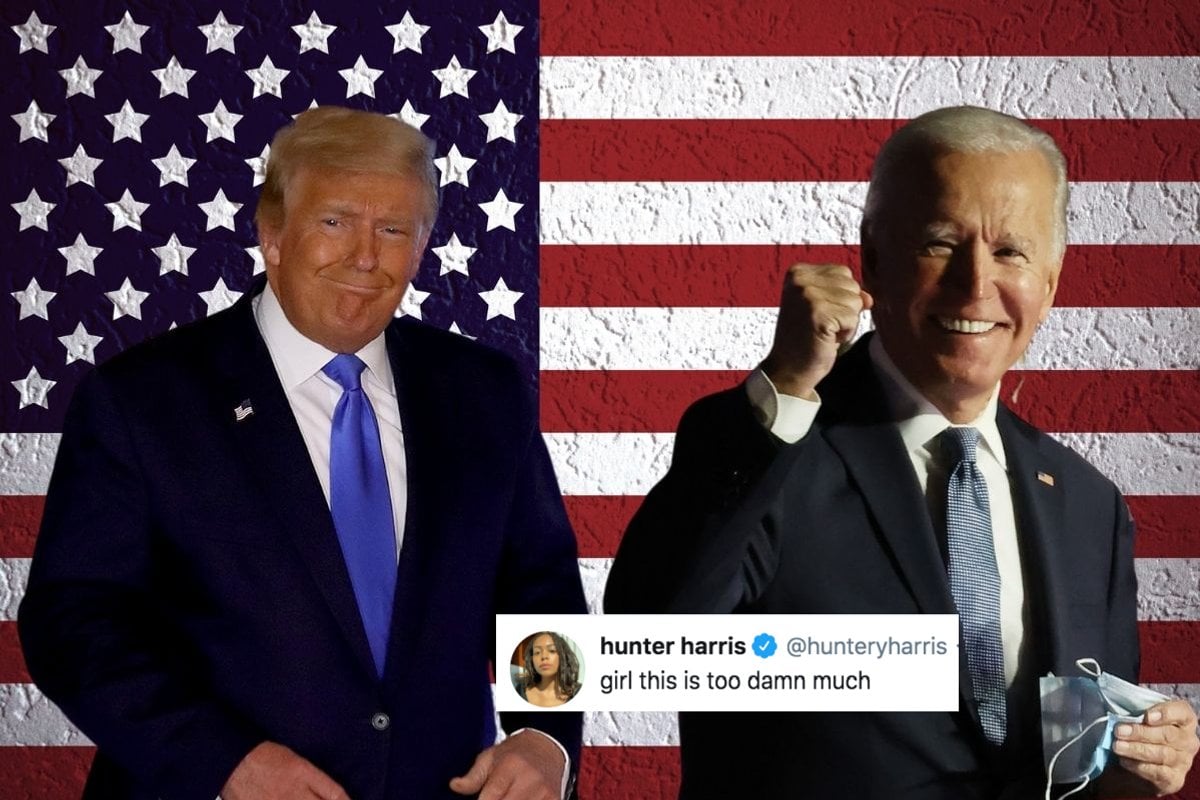 Welcome to another day in 2020 - a year in which the unexpected is the only thing to expect. Today, Republican President Donald Trump and Democratic nominee Joe Biden have both said they will win the 2020 US election.

The race to the White House is a complete nail-biter. In fact, experts are saying two-thirds of the US population no longer have fingernails. (*Precisely no expert has said this.)

In the early morning of Wednesday, local time, Joe Biden told a crowd in Delaware: "We believe we're on track to win this election." 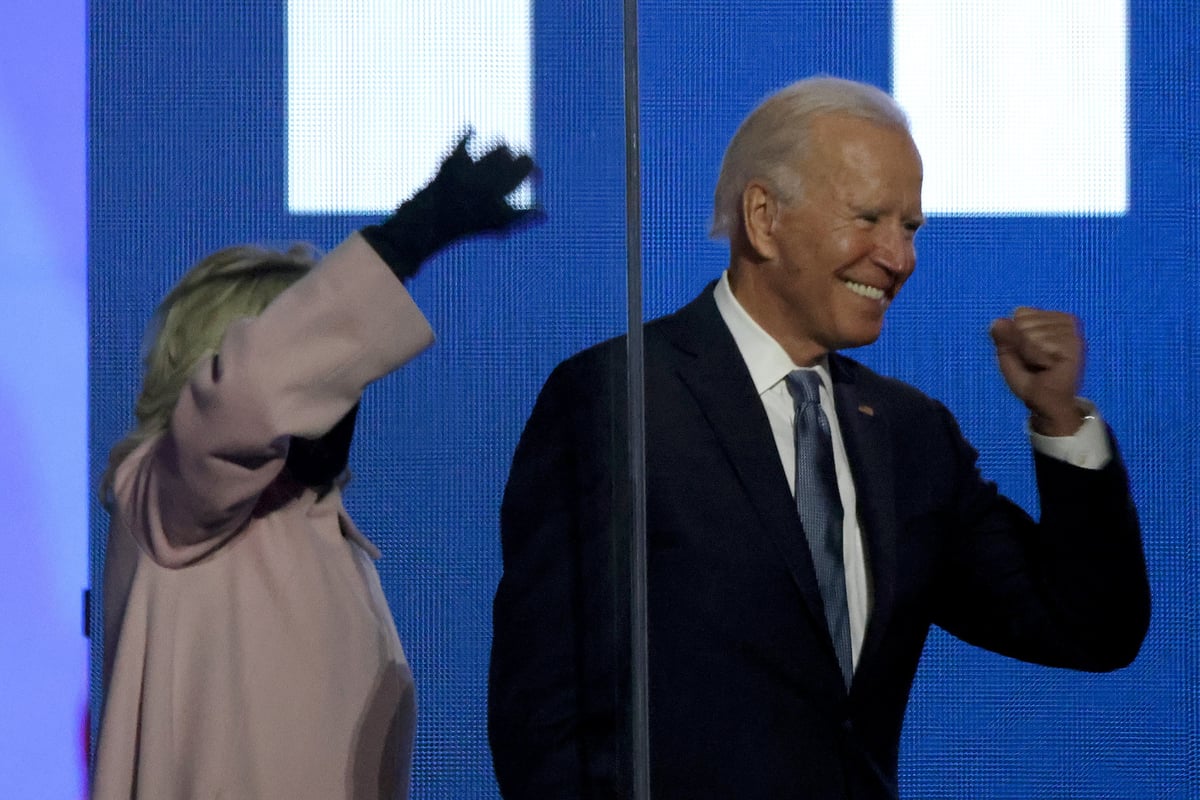 Joe Biden says he predicts he will win the US election 2020. Image: Getty.

About one hour later, Trump held a press conference in which he declared: "Frankly, we did win this election."

So, yes. At the moment, both men have predicted they will win the US Election. 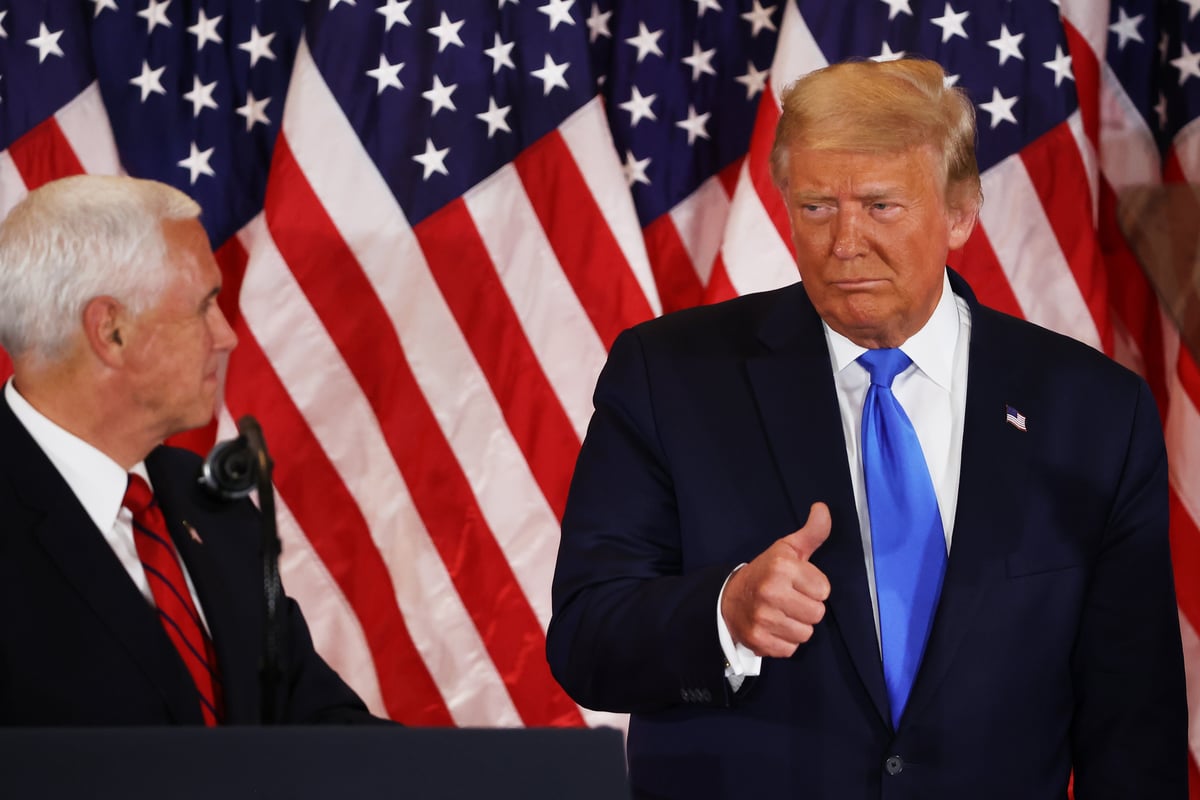 Donald Trump declared he "did win this election". Image: Getty.

Here's how the world is reacting on social media.

i’m too invested in this election for someone who isn’t american #USElection pic.twitter.com/aG38N69mPh

How the rest of the world is waiting on the #USElection results....😭😭 pic.twitter.com/PiynIFH2Nr

Trump shouldn’t be allowed to win a state unless he can find it on a map.

girl this is too damn much

This is like being awake during your own surgery.

Everyone take a deep breath. Of Carbon Monoxide.

Me: ima stay off social media for my mental health today
Also me: pic.twitter.com/5M82z10Tgd

drunk texting my dad “what is going 2 happn”

Viewers tune in for nail-biting season finale of America https://t.co/mbiYQU45DQ

For weeks we’ve been talking about a situation where Trump would lead on election night before Biden would take over with mailed-in ballots and how Trump would try and delegitimize the process and steal the ejection.

And yet here we are, everyone pretending like we didn’t know.

So... how are things looking for Kanye?

Big few minutes for Trump on Twitter:
- Strangely hasn’t tweeted for hours
- finally puts one up, claiming “they” were trying to “steal the election” just as Biden starts talking
- misspells “polls” as “poles”
- deletes, amends, posts again
- Twitter blocks it as “misleading” pic.twitter.com/XmL110Q3TO

Elections are the most anxiety inducing things possible so why am I awake at 1am reading Twitter? 😂

Just whipping up a Valium smoothie with a Xanax chaser. Anyone want one?

I'm gonna cry a lot tonight one way or another. I can feel it brewing!