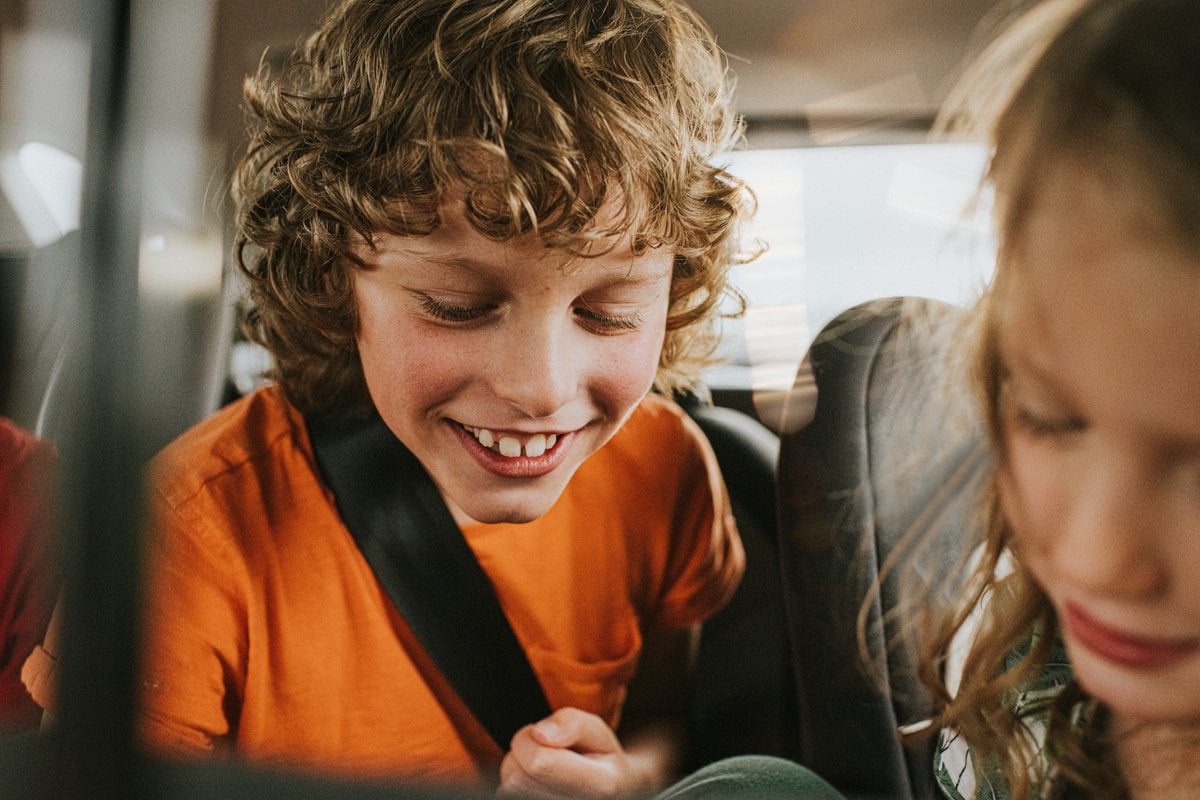 That’s a truth bomb right there.

I never thought I’d be a mother to sons.

I grew up with one sister, and went to an all-girls high school, so for some reason I assumed that my body would produce daughters, because that was the world I knew.

I planned to raise my imagined daughters to be feminist women, who were empowered, strong, body positive, and totally fierce. I wanted to raise daughters who knew their worth and asked others to recognise it too.

But I didn’t have daughters. I had sons. And this has meant that I need to raise my sons more like I would’ve raised daughters.

This is becoming particularly evident as my boys (aged two and seven) get older. My seven-year-old is a sponge for the world right now, he sucks up the things people say and the way they say it. Which is terrifying because we still live in a fundamentally misogynistic and patriarchal culture.

I used to think that my children would become feminists, and kind, compassionate people by osmosis. I’m a feminist, so is their Dad, and we are compassionate and empathetic humans, so I thought raising my sons in this environment would be enough to ignite those values and qualities within them.

I was wrong. We have realised we have to consciously raise them to be feminists in this pervasively patriarchal society. I don’t want them to suck in the patriarchy and become part of this system, because I know that they want the same opportunities and supports for their female and non-binary friends, and family, including their mother. I also know this patriarchal structure affects them too, prescribing a particular kind of masculinity as 'real', and I want to support them to challenge that as well.

So I’m sure there are many more things that I need to consider and articulate, but for now, here are four key ways we are raising our sons to be feminists.

1. Everyone is allowed to feel all the emotions.

I don’t think I realised until I had children how society prescribes certain emotions to certain genders and doesn’t allow them other emotions.

When women and girls get angry, society mocks them as being deranged and b*tchy, and when men and boys cry and express sadness or despair, they are often derided as weak and pathetic.

All genders are entitled to feel all the emotions, and it is integral to me that my boys know this and see this modelled. I get angry and their Dad gets sad, this is normal and allowed, and even encouraged in our house.

I am also really working hard with my eldest at the moment to help him learn about what he’s feeling (my youngest is still a bit little). Sometimes he will act out in anger when what he’s actually feeling is rejection or disappointment. I talk with him about the emotions underneath the anger so he knows what the feelings are and that they are completely normal.

2. Centring the experience of all genders.

Recently we were watching a show called Rusty Rivets. It's about two kids Ruby and Rusty that invent and create cool machines as needed. I told my eldest son, "This show should really be called Ruby and Rusty Rivets." He looked at me quizzically for a second and then he got it. "Oh, yeah," he said, "because it’s about Ruby too, she does just as much work as Rusty."

It is changing; there is lots more children’s media that centres on girls and women, and some centring on trans and non-binary people is emerging too. But there is still a lot more content that centres on the experiences of boys and men.

We try to challenge this by exposing our boys to stories and shows that centre the stories and experiences of girls. And from what I can see, it’s working. Many of both my sons' favourite shows and books feature lead girl characters, and I really hope this helps them to know and acknowledge the experiences of women and girls.

3. Showing them that boys and girls can do and be anything.

For a little while after he started school I noticed my older son saying things like, 'Oh, that’s a girl thing', about particular games or hobbies. I didn’t want to shame him for using this kind of language because I worried that then he’d still think that way, but he just wouldn’t tell me about it. Instead, I got curious, and I asked him what he meant by 'a girl thing' and why he thought something was 'a girl thing'.

Often the response would be that he’d only seen girls doing a particular activity and so he thought it must be a thing that only girls do. As soon as I questioned this and suggested that maybe some boys would like to do those things too then he understood.

It didn’t take much gentle nudging for him to see that he was parroting something others had said, but that these things weren’t actually true.

At this point in time my husband is the primary earner for our family and I work freelance and am home with our toddler. I have worried sometimes about the message this sends our sons about stereotypical gender roles and division of labour.

In saying that, we work hard to challenge traditional gender roles in lots of ways. Currently, I probably do more housework because my husband is doing more paid work, so we talk about this with our children encouraging them to see that all work is important and legitimate, and my work at home is not lesser than their Dad’s paid work.

And although I do more housework right now, my husband still does lots of the household tasks - washing, cleaning the kitchen, packing school lunches, and so on - so they do observe that everyone can do everything.

Most essentially though we are both carers for our children. My husband does not treat parenting as babysitting and we would never use the 'daddy daycare' kind of language. We are equal parents, we can both do all the jobs of parenting, this is not divided along gender lines, or controlled stereotypes.

Reply
Upvote
1 upvotes
It’s mainly boys who like to play soccer on the oval at lunch, but sometimes some girls play too - Isn't that confirming the stereotype?
M
mamamia-user-482898552 a month ago

Reply
Upvote
4 upvotes
@snorks Uh, did it occur to you that the imbalance is there because girls don't feel encouraged, comfortable or welcome to play a "boy's game"?
S
snorks a month ago

Reply
Upvote
1 upvotes
@mamamia-user-482898552 Yes, of course I took that into account. Doesn't change what I said though.