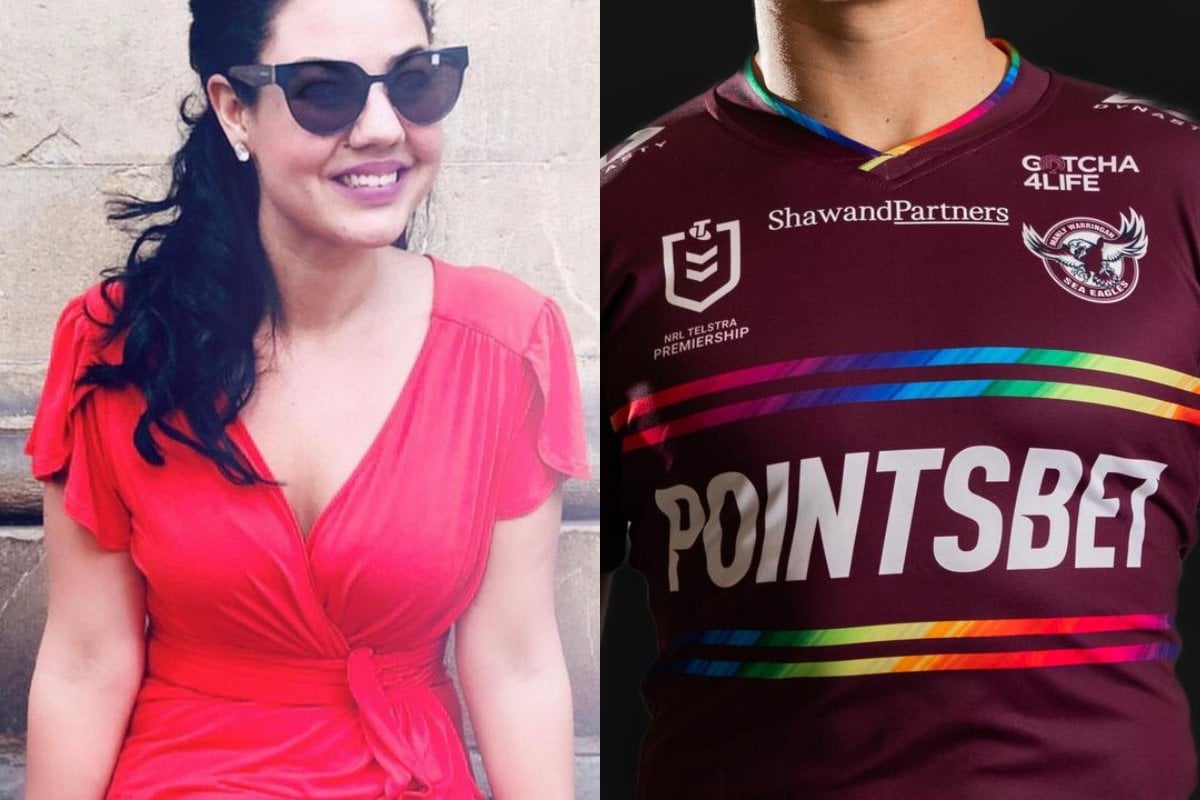 I want to discuss my life as an openly gay woman with anyone who may not know what the internal dialogue is like.

Every day I make choices based on safety. Like everyone who leaves the house for the day, I leave with a shield of sorts.

At work, at the shops, at the gym - basically anywhere in public. And I prepare for the panic.

The internal thoughts go a little something like this:

Do I correct people when they ask about my sexual orientation?

Do I laugh like its 1980 and think the jerk asking me out can continue to uncomfortably hit on me just so I make it out unscathed?

The most scary and anxious ridden panic I immediately feel when going out for drinks after work. It's something I prepare for when I know I'm going to get borderline violated by some guy who's come up to hit on me. I immediately check my surroundings and weigh up what I'm going to say. If I do choose to say to this guy ever so politely "Hey, no thanks I'm actually a lesbian," I know what's coming and how the random guy will react.

The answers can vary from "but you don't look gay?!" to "oh sweetie, you've just not had good d***" while he continues as if he's in with a chance, a game of sorts.

This happens every single time. I wish I was exaggerating.

I work in the community with people who have disabilities and the elderly. Every time I walk into their home, I immediately prepare for what my options are. Can I be open? Does it look safe? Will I be judged and abused? Or, more exhaustingly, will I then open the can of worms that is the public's confusion with me being honest and thinking I am a walking, talking, breathing Google search.

"In my day..." and the most vile and awful ones where they just leap right into the most personal of questions about what lesbian sex involves and expect you to explain it to them in detail.

I'm sad to say that this is not just my experience. This happens every single day to every single lesbian friend I have with the questions changing slightly depending on the external presentation of the individual.

Ex partners and I have always had an ongoing black humour around this, with texts back and forth in the middle of the day saying "oh listen to this one!".

Usually in my relationships it's not discussed openly but in my head being in public goes something like this.

"Can I hold my girlfriend's hand?"

"Do we need to separate?"

"Is it feeling unsafe now?"

"Can we even flirt and make eye contact?" or "Just wait until you walk into the gay bar then you will be okay."

Every single day people in my community make micro choices in every single part of their day on whether their safety will be jeopardised, if they can be bothered being a living, breathing Google search, what they will do if they are hurled with abuse.

Every friend, girlfriend I've ever dated- this is our experience in various ways.

The truth about my experience is because I am so girly (pardon me for having an addiction to tutus, Salvatore Ferragamo heals, Prada handbags and bows in my hair), the world perceives me as "attractive" in the most heterosexual way. Even with my young 20-year-old co-workers I still have the same daily question of "but you don't look gay!" And every time I have to smile back and say, "Well... I am."

This is what it's like. This is how exhausting being a lesbian is. I have to be calm - I don't get to call out people's misconceptions or bad behaviour because I'm not safe to do so. And some days it hurts more than others.

So, when I woke up the other morning to see it blasted all over the news that seven men from the NRL refused to put on a jersey because it had the rainbow flag on it; I was not only saddened, I was angry.

The fury of hearing that a few men wouldn't put on a top because of a rainbow on it - which makes ZERO impact on them - is exhausting.

I thought we would be over this by now.

Because for the life I live, it truly feels like we're asking for the bare minimum from them... a breadcrumb. A moment of uniform support.

Listen to this episode of Mamamia Out Loud where the hosts discuss the big jersey debate. Post continues after podcast.

It's something that they can even remove in a few hours, it has no lasting consequence on their life. And that hurts even more - because I can't take my shield off.

I feel like screaming at them: "It won't impact you at all, your performance, your life - not one part of you is impacted by this! It's honestly just a top with a bunch of different colours on it!!"

And believe me if I had their mobile numbers, I would have called them already.

The truth of this is - this isn't about them. This isn't about their religion. It never has been, and it never will be. It's a cop out that's been used for decades stopping us from calling out blatant homophobia because of the good old freedom of religion.

These are seven selfish men who made it out to be a personal attack against their beliefs - whilst doing their bloody well-paid job.

If I acted out against the onslaught of abuse I get every single day at work- I'd be fired. And the community at large has created a shield as I have just said.

This is about doing something good for the community, hoping someone out somewhere in rural Australia who is struggling feels loved and accepted by the gesture.

Because surely, that is important. Not their views, not their lives and not any direct impact on them or how they choose to live their life. The message from my community has always been of acceptance and love - and look what we still get in 2022.

It's about taking away an inch of the shame, trauma and guilt my community lives and deals with every single day.

And it saddens me, that this is now the conversation.

They asked Australia to listen to them.

And I want to say - listen to me, listen to our stories and lives and hear us when we say - accept us, welcome us and stop making it about you because every single person in Australia should be loved and accepted.

Reply
Upvote
2 upvotes
With respect, just as you have the right to live how you choose,  people who believe in God have a right to follow their religion, and shouldn’t have to promote or support ideologies that are in conflict with their faith.   They have their way,  you have yours.  Agree to disagree and live and let live.

Reply
Upvote
@caz I don't think that's true at all. To say that all hetero men believe this is just wrong. Many women, gay men etc also have issues with rejection as well.
S
snorks 18 days ago