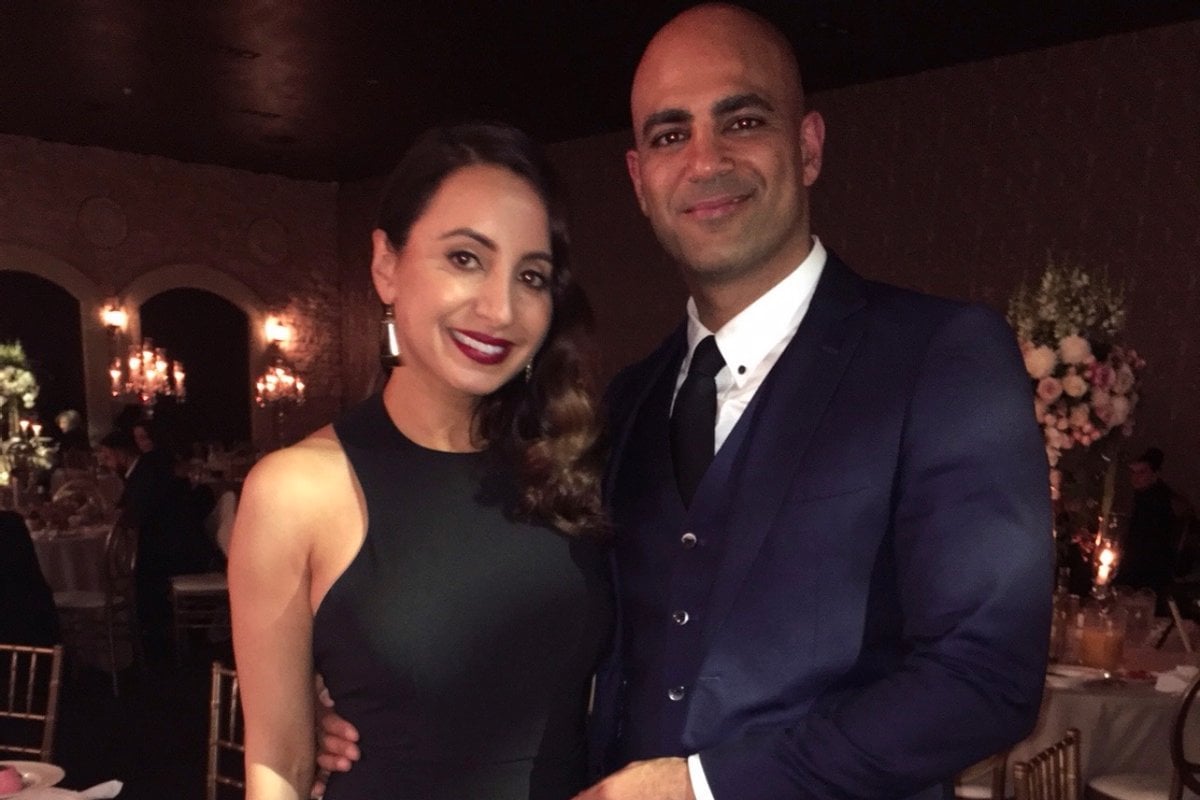 ﻿This is an extract from ﻿How to Lose Friends and Influence White People﻿ by Antoinette Lattouf.

My husband and I attended a very glamorous and lavish wedding.

We walked into the reception hall, decorated with expensive flowers and aromatic scented candles, and I quickly noticed that other than us, there was only one other guest who was a non-white person of colour.

Side note: Watch the things people at weddings never say. Post continues below.

The bride was a friend of mine from the media, and her husband was a successful entrepreneur. This meant there were plenty of both the moneyed class and television presenter-types in attendance.

The bride looked sensational, and she was so happy. I was thrilled to see her so radiant, and while I had only met her husband one or two times before the big day, I was keen to get to know him more.

We ate, danced, toasted and quickly forgot that we stood out among the rest of those in attendance.

That’s the thing about being a person of colour: you routinely notice when you’re the odd one out and then just move on.

I’m pretty accustomed to it, given that the circles I travel in for work in the media are overwhelmingly white.

At the end of a night filled with expensive champagne and long speeches, my husband and I went to leave.

I hugged my friend very tightly, reiterating just how grateful I was to be celebrating this milestone with her.

A little unsteady on his feet, the groom furiously shook my husband Danny’s hand while thanking him.

‘You were great tonight,’ he said to Danny. ‘You had everyone dancing, thanks so much for the music.’ Danny and I exchanged quick and confused glances.

Then it was my turn to be mistaken for the ‘help’.

‘And you!’ he said, turning to me. ‘The bride and bridesmaids look absolutely sensational. Thanks so much for that.’ 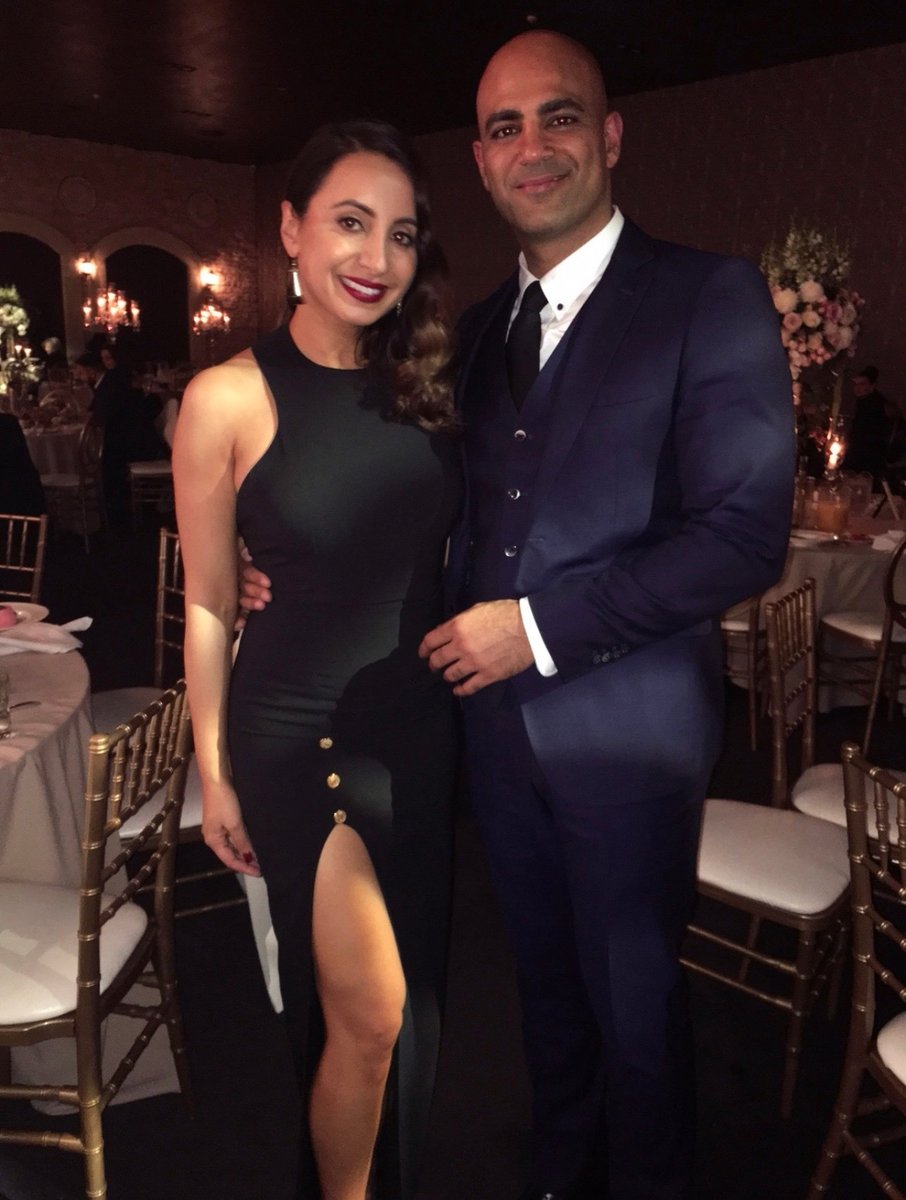 We walked out of the hall, the temperature had dropped and a biting breeze hit me in the face. I shuddered before I turned to Danny.

'Did that just happen?’ I asked.

'Yup,’ he said. The groom had thought my husband was the DJ and I was the hair and makeup artist.

This was yet another instance of unconscious bias and perhaps an indication of what happens when white people surround themselves with almost entirely white people.

Unconscious or implicit bias is a social stereotype that individuals form about certain groups of people without necessarily meaning to or even being conscious of it.

It was also pretty insulting – not only to the bride and the bridesmaids, because I am terrible at styling hair – but to my husband and me.

It’s not that there’s anything at all wrong with being a musician or a hairdresser, but it was because of our ethnicity that assumptions of class and status were made.

My husband was in a suit, I was in a cocktail dress and high heels – we were dressed as wedding guests. 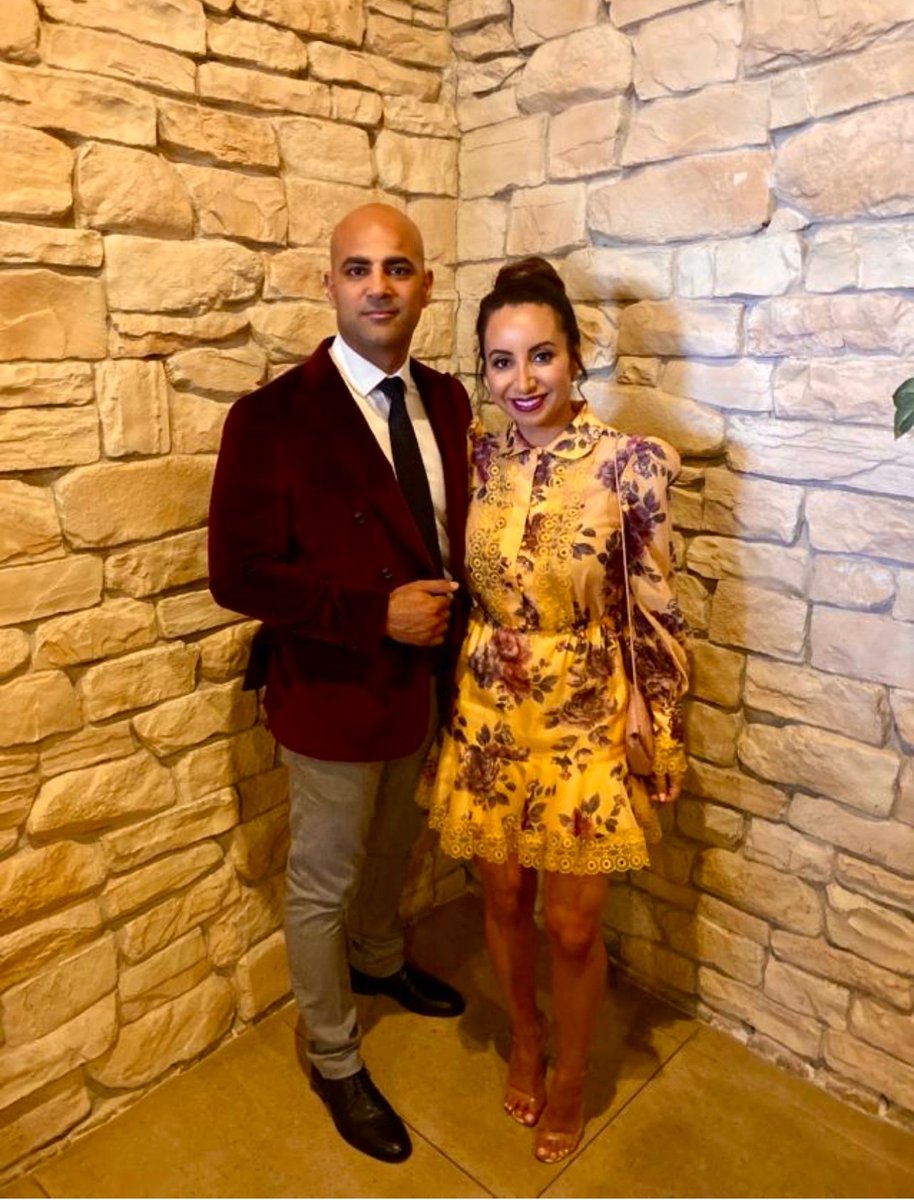 It would have taken just a few more seconds for the groom to look past our ethnicity and ‘place’ us as guests. No one likes to think they have these biases, but we all do.

This means we all have work to do to challenge our default settings. Pushing back against these stereotypical assumptions is a lifelong process.

So how can you stop doing something you don’t even realise you’re doing? That’s a fair enough question. Lucky for you – I have some answers!

One way to do this is by making sure you mix and interact with people who are not like you. There’s a heap of research that has proven spending time with different social and racial groups can challenge biases. And it makes sense, right?

If a white person’s only interaction with a non-white person is via Uber drivers, then it is easy to understand why said white person automatically assumes a person of colour is a service provider.

I’ve never told my friend – the bride – what happened.

I didn’t want to say anything negative or critical to her about her fairytale day. I did, however, tell a mutual friend about six months after the wedding.

‘Oh no,’ our mutual friend said.

‘Oh no, he must have been drunk,’ she said, this time finishing her thought.

‘Yeah, but still, that doesn’t make it okay,’ I replied, a little defensively.

‘Was Danny standing near the DJ?’ she asked, searching for a reason as to why my husband may have contributed to the mix- up.

‘So, I should be flattered?’ I asked.

The conversation just spiralled as this friend – who is a smart, attractive, white television- type – came up with every scenario to justify what happened, rather than just acknowledging that casual racism and implicit bias exist.

The ‘He- was- drunk/What- were- you- doing- to- ask- for- it/Take- it- as- a- compliment’ rhetoric was uncomfortably familiar.

At first, I couldn’t quite put my finger on why confiding in my friend about what had happened upset me more than the actual incident.

This friend is a self- declared feminist and an intelligent person, so why was her response to deflect and question what role we played in it? And why would she suggest that I take it as a compliment?

And then it hit me.

It’s the same bullshit excuses historically proffered up to women who try to talk about being victims of sexual harassment and sexual abuse.

In many previous conversations, this young, liberal feminist had shown much outrage over how pervasive and casual misogyny is in both her workplace and broader society.

We’d spent many hours unpacking the power structures that made it near impossible for women to talk about sexual harassment and abuse without being blamed, and in some cases, told they should be grateful for the attention they received.

My friend had previously said things like, ‘Enough is enough, I’m just so furious.’ And when the hashtag #NotAllMen started trending, together, we would roll our eyes at how men (and to be fair, some women) were getting defensive and missing the point.

Of course, not all men are violent or rapists, but why expend energy getting defensive, rather than confront the actual issues that contribute to a culture that allows misogynistic behaviour to prosper?

Women of all colours and creeds continue to be disadvantaged because men have the most privilege and power in our patriarchy.

It’s the ongoing ‘pale, male and stale’ problem. The fight for gender equality is far from over. However, I’d add one more descriptor to the rhyming reason of structural inequality that women, and men, of colour face: pale, stale, male and . . . Gayle. ‘Gayle’ is a liberal white feminist. She’s often middle- class and well- educated.

Gayle’s brand of feminism and quest for equality is conditional. It’s white.

Antoinette Lattouf is a multi-award-winning journalist, the co-founder of Media Diversity Australia and the author of “How to Lose Friends and Influence White People” which is available for purchase from May 3. 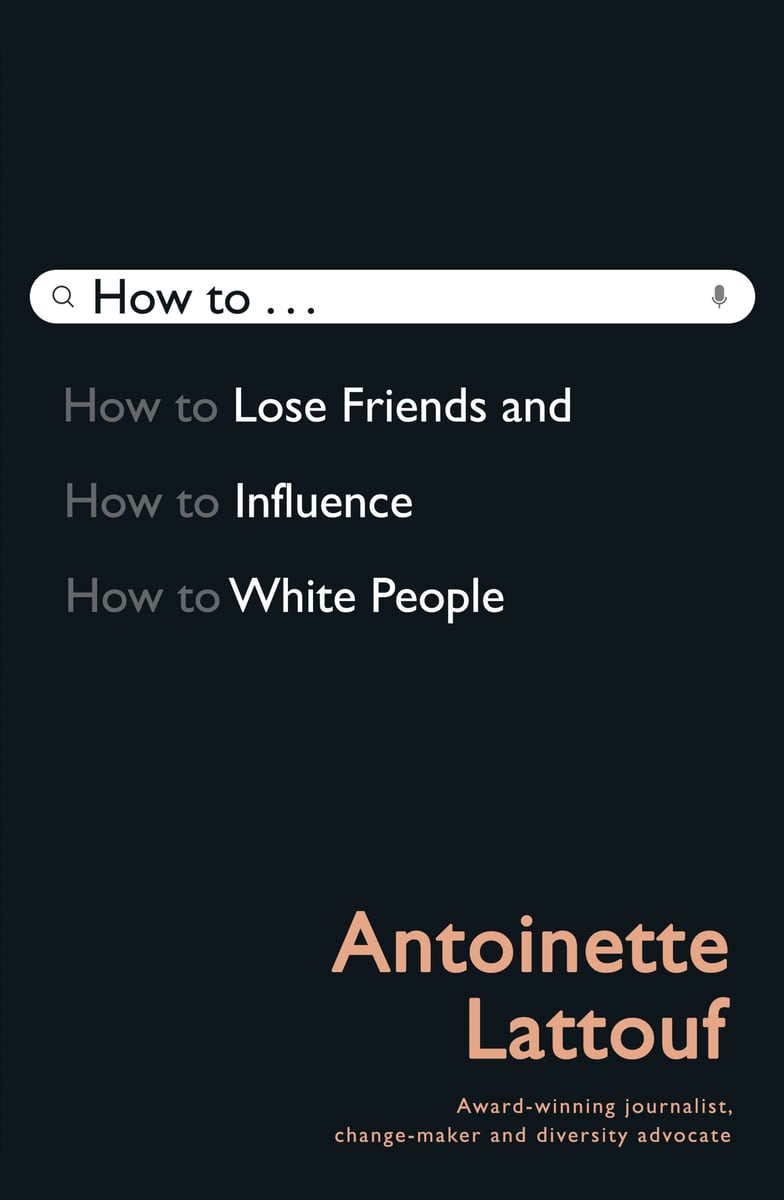 Reply
Upvote
I am so sorry you and your husband went through this. I have never been mistaken for the help, but I can absolutely relate to your experiences with your friend afterwards. I can think of so many instances where I have heard good friends of mine downplay or make excuses for racism. If it were sexism they would absolutely get it and they would condemn it. The fact that every commenter below reacted exactly like your friend (or worse) speaks volumes.
M
maya 14 days ago