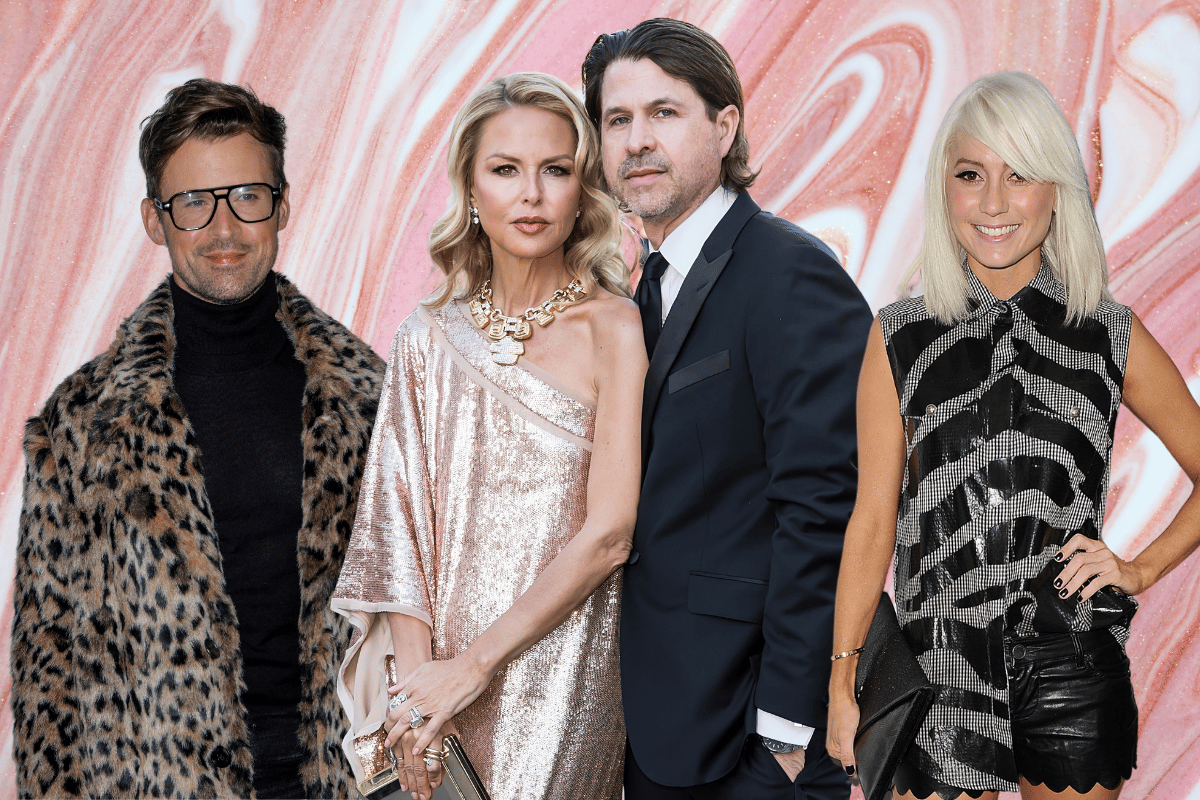 From 2008 to 2013, The Rachel Zoe Project charted the day-to-day chaos of stylist Rachel Zoe’s work and home life, running for five seasons.

It captured Zoe’s dealings with celebrities, her husband Rodger Berman and her team - including assistant stylists Taylor Jacobson and Brad Goreski.

And the show became an overnight success.

But behind the scenes, there was serious animosity among the cast, and that still remains to this day.

Here’s a look at what the stars of the show have been up to since. 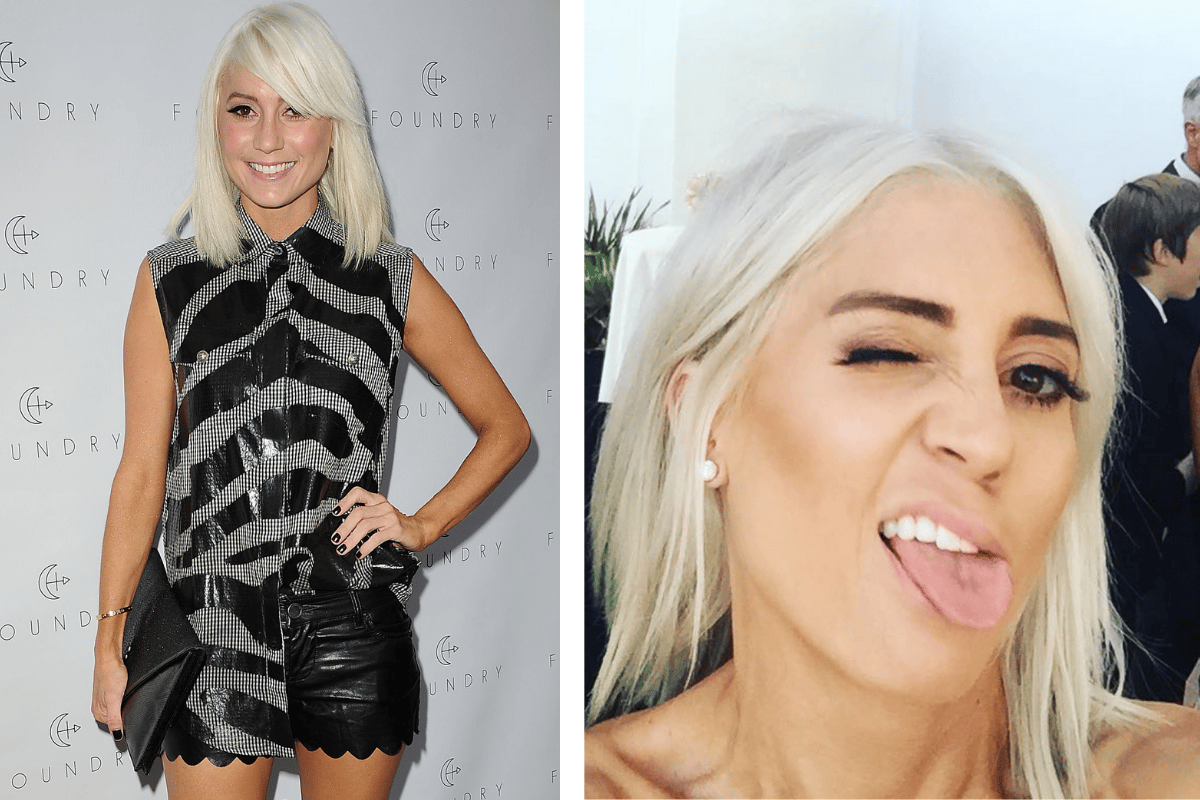 Image: Getty + Instagram. Taylor Jacobson had been working as a styling associate before the Rachel Zoe Project in 2008, but her relationship with Zoe and Berman, soon deteriorated.

During the season three premiere, Zoe revealed that she had severed ties with Jacobson, after she fought with fellow styling assistant Brad Goreski.

Throughout season three, Zoe and Berman insinuated that Jacobson had allegedly taken money and clothes from their company.

In 2010, Jacobson said the allegations were bizarre, as she couldn’t even fit the sample size garments she was accused of stealing for herself.

“I am friends with PR people. Why would I steal samples? And I am a 34D! Does no one look at what is on the runway? I have huge boobs and a huge rib cage. I just don't understand. I'm not a sample size at all,” she said to Entertainment Tonight. 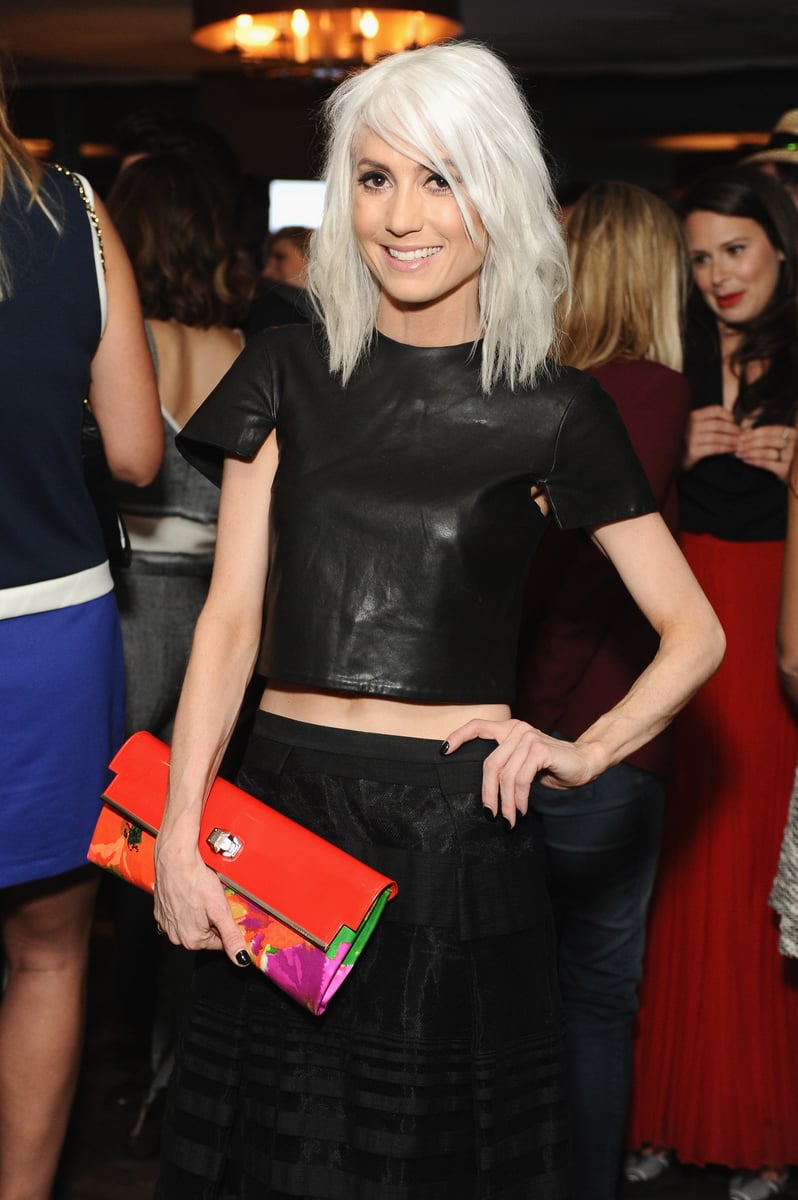 Have Rachel Zoe and Taylor Jacobson made up? Hell no.

On Watch What Happens Live in 2018, Zoe said to host Andy Cohen’s question if Jacobson is on her radar: “Don’t think about her, don’t run into her, don’t care.”

Since leaving the show, Jacobson is still a very successful stylist. She has worked with Kate Beckinsale, Jon Hamm, Mena Suvari, Ariel Winter, and Eric Stonestreet, among others. 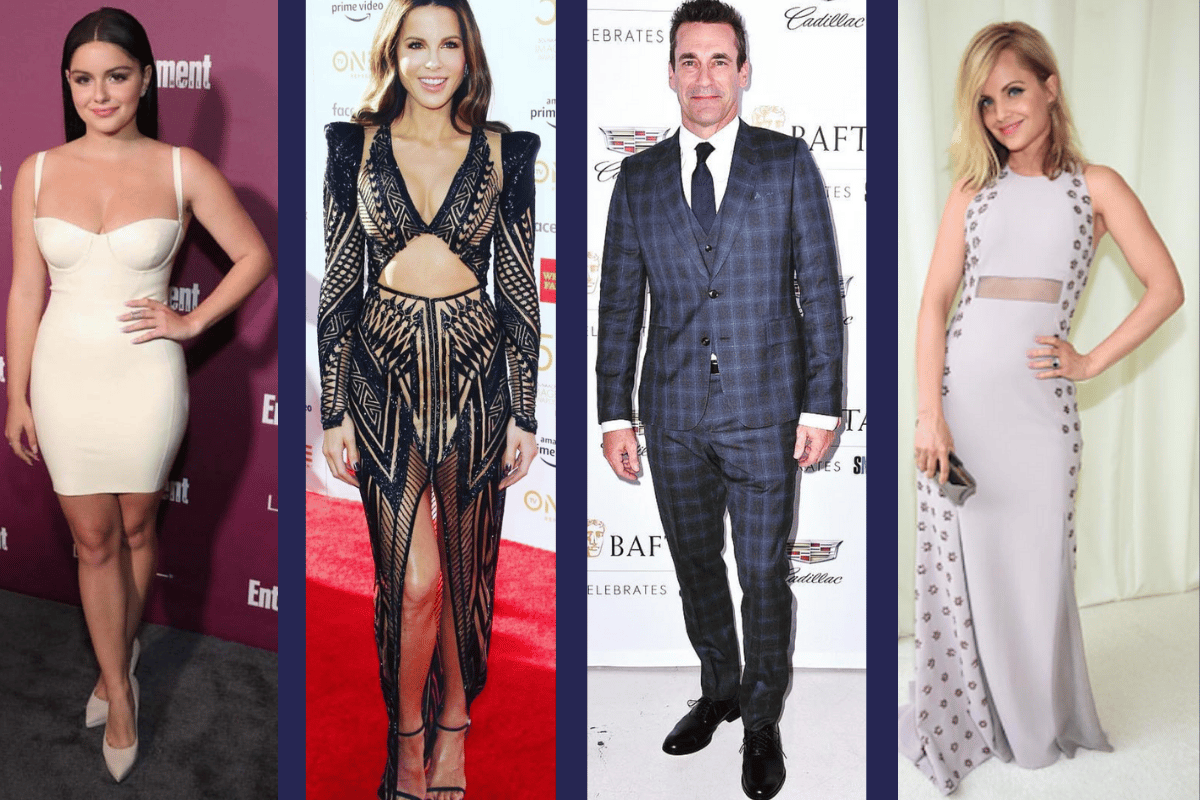 Jacobson is also now married to Jason Wolff. The pair share a son named Duke, who was born in December 2015. 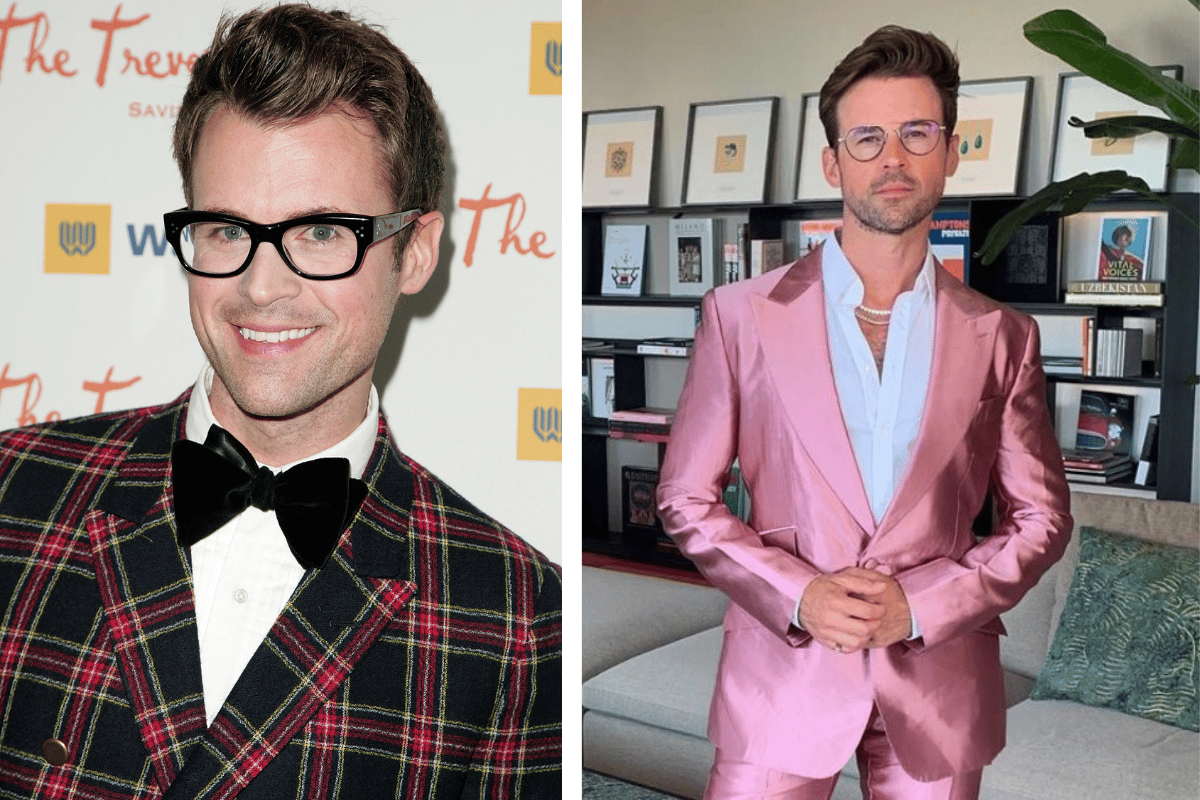 Image: Getty + Instagram. Goreski was one of Zoe’s assistants on the show and was an absolute fan favourite, as well as being known for his own style prowess.

In 2010, he announced he would be leaving the Rachel Zoe Project in order to pursue his own styling career.

And we have to say, it damn well paid off.

By 2012, Goreski was named the exclusive brand stylist for Kate Spade NY.

In 2014, Goreski became the new co-host of the E! Network’s Fashion Police and Live from the Red Carpet, where he remained until 2017 and 2019, respectively. 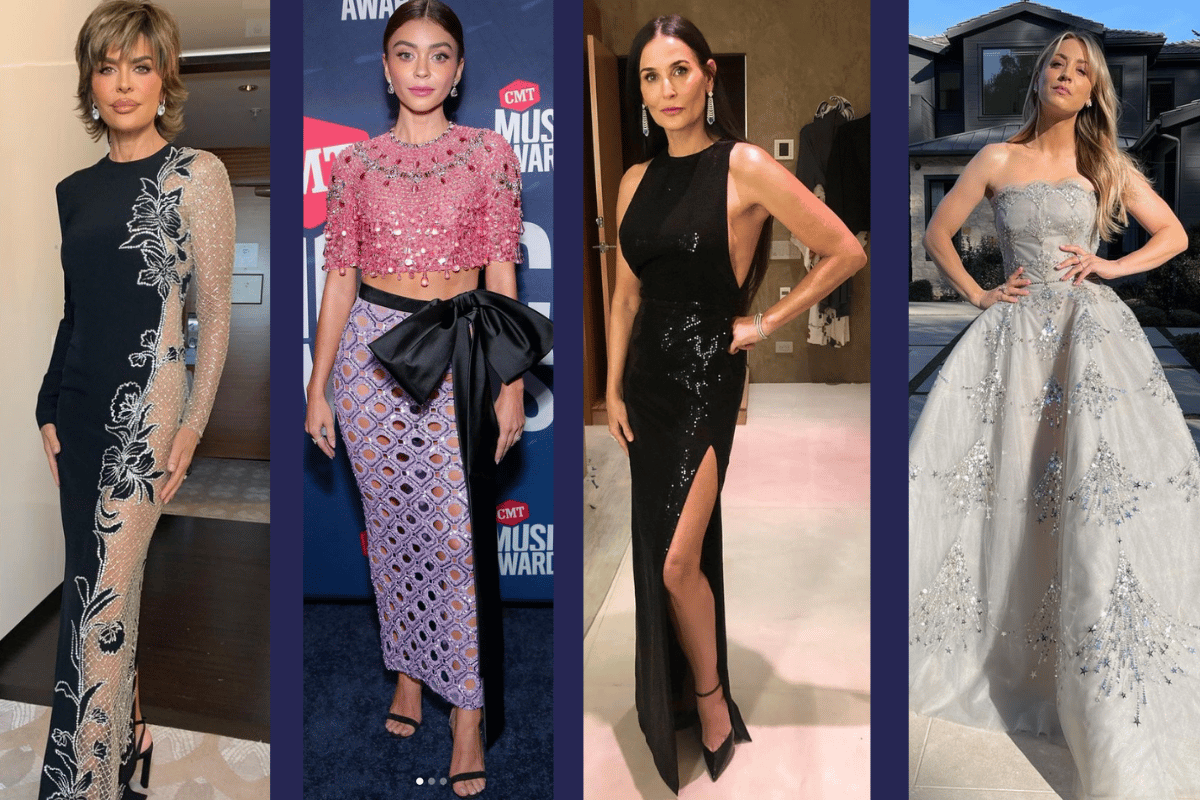 Image: Instagram @bradgoreski. Goreski also married TV Producer Gary Janetti in 2017, with the couple saying “I do” in the Caribbean.

“Having our families celebrate with us in such a beautiful surrounding was everything we wanted it to be,” Goreski told People.

The second season of Canada’s Drag Race, a spin-off from RuPaul’s Drag Race, is currently airing and Goreski is now a judge on the iconic show.

Given Goreski is Canadian and a gay style icon, he is obviously a perfect fit for the show.

“I’m a huge fan of Canada’s Drag Race and am absolutely thrilled to be joining the show,” Goreski said.

“The drag in Canada is incredible, so I can’t wait to see the amazing looks and artistry that the season two queens are going to bring to the runway.”

As for what we are all waiting to hear: are Goreski and Zoe still estranged?

Back in 2011, Goreski addressed his professional split from Zoe head-on, saying on his series It's a Brad, Brad World, “we don't speak to each other. I would love to be able to speak with her”. 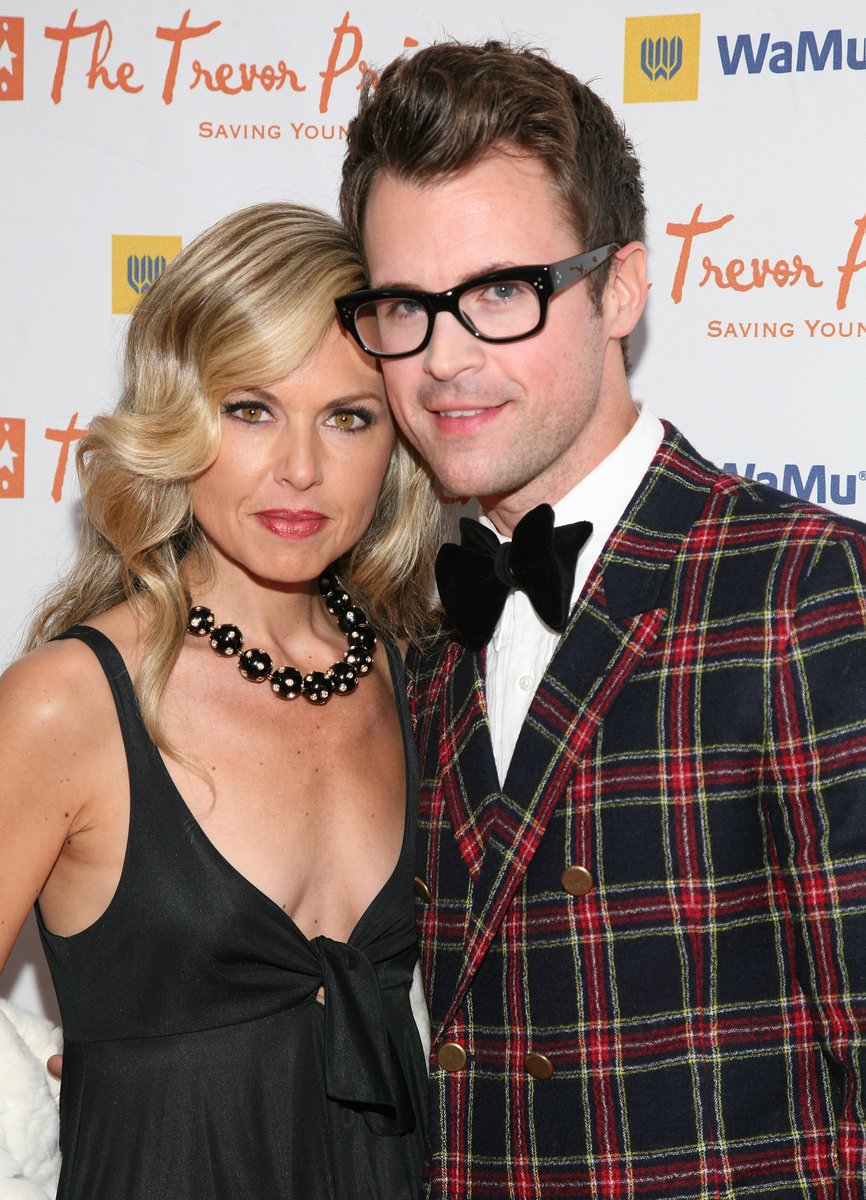 Image: Getty. In an interview with The Cut in 2011, Zoe alleged that Goreski “started to pursue our clients, started going to all these events, and doing all the things he said he had no interest in” within a week of leaving her Rachel Zoe Inc. brand.

Listen to the latest episode of What Are You Wearing? The podcast for your wardrobe. Post continues after audio.

When asked if he knew why the two no longer talk, Goreski said he had “an idea” but thought “those reasons [were] unjust.”

“I think I have conducted myself with honesty, with dignity and with grace. And I will continue to do so no matter what is said about me.” 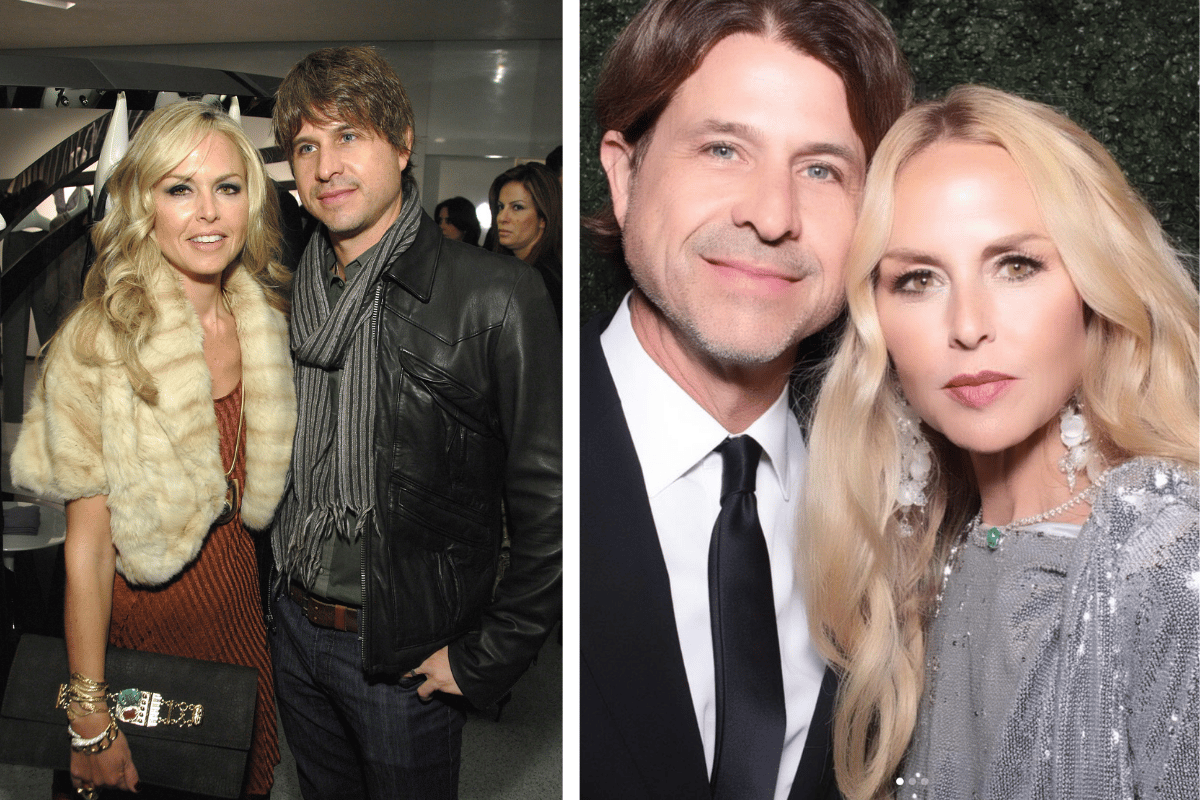 Image: Getty + Instagram. There’s no denying that Rachel Zoe was one of the socialites and stylists of the 2000s, known for her oversized sunglasses, large bangles and appearances at top-tier fashion runways.

After her TV show was cancelled in 2013, Zoe disappeared from our television screens. But the New York-born stylist never left the fashion world.

In the years since, Zoe and her husband Roger Berman have transitioned more into the business and fashion design aspects of the industry.

She is now the CEO of Box of Style, a fashion subscription service, has her own fashion line and website/blog, The Zoe Report. Berman is also the co-CEO for Box of Style.

They have also recently launched a podcast called Works For Us, where they unpack their relationship and some of the secrets behind other famous pairings.

“We do not pretend to be any kind of trained relationship experts, but we do really understand people and relationships,” Zoe said to People. “Everyone, no matter who they are, is in a relationship. It doesn’t matter what kind: it’s a marriage, it’s dating, it’s best friends, it’s a mother-daughter, it’s a co-worker.”

Speaking of relationships, it appears that things are still strained between Zoe and Goreski from her end.

On Watch What Happens Live, Zoe was asked by host Andy Cohen how she feels about Goreski since they parted ways professionally over 10 years ago.

“Is it uncomfortable to see him at events when you’re out or is it all [in the] past?” Cohen asked, to which Zoe replied, “I don't see him”.

Celebrity stylist and fashion designer @RachelZoe on falling out with former assistant Brad Goreski: "People should be professional." #WWHL pic.twitter.com/RnL0OPUt8W

They both admit that like any working family, it can be challenging to find the right balance.

“The struggle is real, I think if you ask any working mum or any working parent,” Zoe said in an interview with The Cut.

“I’m such a hands-on mum and I'm not willing to yield on that. Everyone always says, 'what do you do for you-time, what do you do for your personal time?' I just don't have it. I'm either working or I’m mummy, and I'd be lying if I said it was easy. I think they hate anytime I leave them.”

Like many lucky families in lockdown, Zoe has said she now feels much closer with her family after spending so much time together.

“We’ve grown closer as a family. It's amazing,” she said to People. “I, personally, will deeply miss them when they go back to school.”