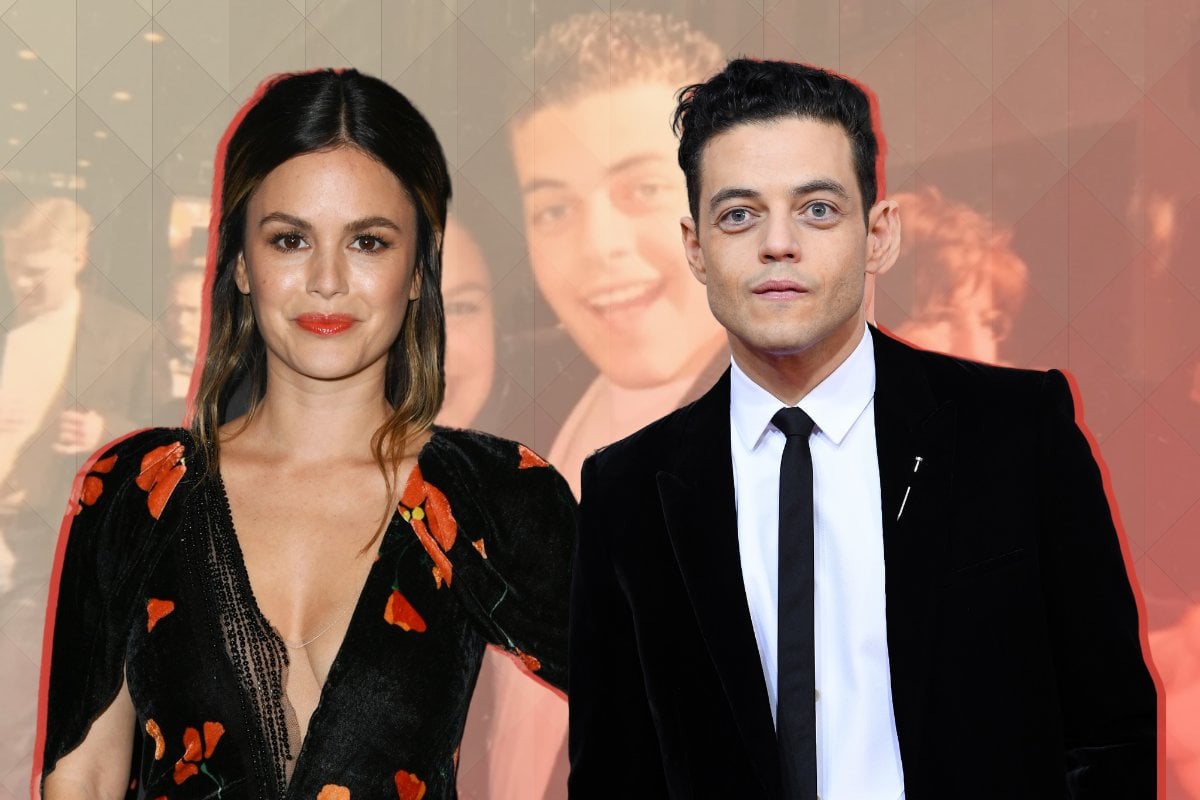 One of my favourite things is weird celebrity connections.

Like, mates who went to school together or old flat mates that you'd never actually expect to know each other, let alone be friends. But they were and now they're both really famous and it's strange.

Everyone knows about Ben Affleck and Matt Damon. But did you know Gwyneth Paltrow and Maya Rudolph went to school together? And so did Cameron Diaz and Snoop Dogg?

The latest ol' school pals to add to that strange list is Rachel Bilson and Rami Malek, perhaps best known as Summer in The O.C. and Freddie Mercury in Bohemian Rhapsody.

They were classmates at the same Californian high school but it seems like the friendship fizzled out after graduation, which makes a story Bilson recently shared on Dax Shepard's podcast, Armchair Expert, super bloody awkward.

"Rami was a good friend of mine," she said. "We were [in] the same crew. We did The Crucible together senior year, we were the leads in it together—all these things."

So far, so wholesome.

When Malek's career went gangbusters thanks to the success of Bohemian Rhapsody, Bilson shared a throwback pic of them as teenagers, from a school trip to New York City.

At the time she poked fun at their very 90s fashion, captioning it: "Hey @ramimalek where'd you get that gold chain?" with a bunch of hashtags, including #oscarworthy and #dontforgetthelittlepeople.

"We're super nerdy… just the dorkiest picture of the both of us. But I throw it up, 'cause it's funny and I think it's so important to be able to make fun of yourself," she told Shepard.

Bilson chucked it up and didn't think much more about it, until checking her DMs about a week later.

"I actually look and I have a message from Rami. But it wasn't like, 'Hey! How are you?!' It was straight to: 'I would really appreciate if you take that down. I'm a really private person,'" she recalled.

"I'm all nervous, like, 'Oh god! What did I do?' He was a really good friend, it's a funny picture... you know? I don't take myself that seriously."

This made me and approximately everyone else who heard the story Google the picture, because obviously. Here you are:

"I'm friends with his stylist and she was like, 'Well it's not a great picture of him,'" Bilson added.

Which makes sense. Because they were teenagers. And it was the 90s. What on earth would it be flattering?

"I was like, I guess I should've found something more flattering," she continued.

IMPOSSIBLE. As mentioned, you were teenagers in the 90s who wore gold chains and corduroy jackets.

"But I removed it and I even wrote to him a really nice message: 'I'm so sorry. Go get the Oscar! You're doing amazing.' And I never hear anything back, which is fine," she said.

It was not fine.

"But I was super bummed because he was always so nice and we were good friends. And I'm a big fan of not taking yourself seriously, especially at that level of fame and talent. But look, he wants to be super-respected, it's his thing, so I respected it. I took it down. I was just a little bummed at how it was handled," Bilson explained.

I think we can all understand where Malek was coming from, because high school is surely not where anyone peaks.

I went through an emo phase as a 14-year-old and I ever find myself in an Oscar campaign, any pics from that time are sure to derail any chances - honestly, that amount of black eyeliner is never chic - but I'd also probably chuck my old mate a hello before I tell them off for sharing.

If Malek didn't want the picture to see the light of day, imagine how annoyed he'll be now.

His old high school friend is getting blocked, for sure.

The Streisand effect is a social phenomenon that occurs when an attempt to hide, remove, or censor information has the unintended consequence of further publicizing that information, often via the Internet. It is named after American entertainer Barbra Streisand, whose attempt to suppress the California Coastal Records Project's photograph of her residence in Malibu, California, taken to document California coastal erosion, inadvertently drew further attention to it in 2003.

Reply
Upvote
2 upvotes
@rush LOL It's the funniest thing and so true.
I'll be browsing the web and every now and then I'll see a Beyoncé - Never Forget meme
R
rush a year ago