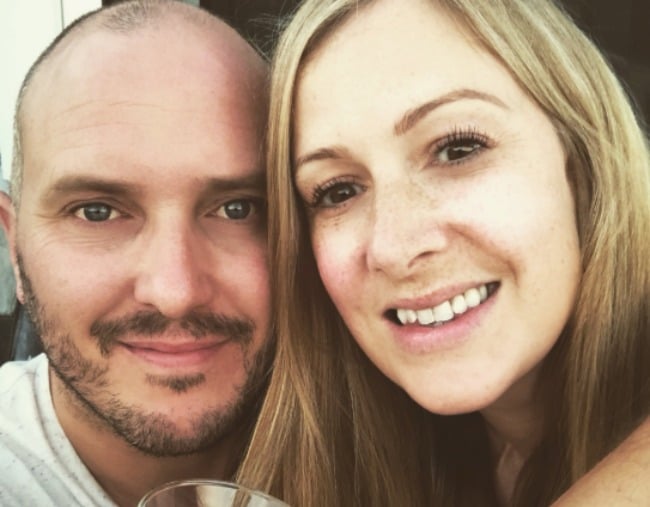 1. Popular BBC radio presenter dies from cancer a day after her final statement.

Popular British radio presenter Rachael Bland has died from breast cancer after announcing she had “only days” to live.

The BBC radio presenter and newsreader, who documented her cancer journey through her blog and podcast You, Me and the Big C, died peacefully at home surrounded by family. She was 40 years old.

The news comes just a day after the mum-of-one announced: “the time has come”.

In the words of the legendary Frank S – I’m afraid the time has come my friends. And suddenly. I’m told I’ve only got days. It’s very surreal. Thank you so much for all the support I’ve received. Debs and lozz will continue with the #youmebigc podcast. Au revoir my friends. ???????? pic.twitter.com/DhMurbqMJz

Rachael’s husband Steve praised his wife in a statement, speaking of her devotion to her two-year-old son, Freddie.

“She was an incredibly talented broadcaster as well as a wonderful and much-loved daughter, sister, aunt, niece, wife and, most importantly to her, a mother to her precious little Freddie,” he said.

“We all take such huge comfort and pride from the amazing and tireless work she has done since her diagnosis to reduce the stigma around cancer and prove that it is possible to live life to the fullest even when facing huge challenges on a daily basis.

“At the end, even though her body was at its weakest, her voice was at its strongest and most powerful.”

The Radio 5 Live broadcaster was diagnosed with breast cancer in November 2016, but in May this year was told her cancer was incurable.

She spent her final months writing a memoir for her son, a “love letter to my beautiful boy”, who she wouldn’t be able to see grow up.

CDC officials are on the scene after a flight originating from Dubai landed at New York’s JFK Airport with dozens of passengers reported feeling ill https://t.co/k9nXTae3h5 pic.twitter.com/WXSPHdPj3v

At least 19 people aboard a flight from Dubai to New York were confirmed ill when the aircraft landed at John F. Kennedy International Airport, after as many as 100 passengers and crew reported feeling sick, authorities say.

Ten of the 19 people on the flight, which landed with at least 521 passengers around 9am local time on Wednesday, were taken to hospitals, while the other nine declined treatment, said Raul Contreras, a spokesman for the New York City mayor’s office.

“Everyone else was clear,” he said in an interview.

All passengers aboard the plane were allowed to leave by Wednesday afternoon, according to a spokeswoman, who said three passengers and seven crew members were being treated at a hospital.

“Nine passengers underwent additional medical screening at the site near the aircraft and were released afterwards,” said the spokeswoman.

“The rest of the passengers were allowed to leave and clear customs.”

About 100 people complained of feeling ill on the flight from the Middle East, with symptoms including cough and fever, the Center for Disease Control and Prevention (CDC) said in a statement.

The plane – a double-deck Airbus 380 – was taken to a location away from the terminal so emergency officials could evaluate the situation, Port Authority of New York and New Jersey officials said in a statement. The A380 is the world’s largest passenger aircraft.

The White House was monitoring the situation, spokeswoman Sarah Sanders said, and President Donald Trump was being updated as new information became available.

Diala Makki was travelling first-class on Flight 203 en route to New York Fashion Week when she learned from flight crew that a number of people had become sick onboard and passengers were to be detained until officials made checks.

“Cabin crew were super-helpful, they were not in panic mode, which was amazing,” Makki, 36, said in an interview outside of John F. Kennedy Airport.

“Then we got the American officials check every one of us until we got out. They dealt with it really well.”

Makki, a television host from Dubai, said she got “just a little bit scared” through the entire experience and was aware of reports of 100 people sick.

The flight was delayed at takeoff and lasted nearly 14 hours, according to FlightAware.com.

3. Perth man charged with murder after body of mother-of-two found in backyard.

A Perth man has been charged with his wife’s murder after she disappeared on Friday. #7Newshttps://t.co/EOnXo9aUQg

A man has been charged with his wife’s murder following the discovery of a woman’s body in a Perth backyard.

The 36-year-old man is accused of killing mother-of-two Fahima Yusuf, 32, whose body was found on Wednesday after police dug up the rear garden of a Carlisle house, a day after she was reported missing.

Her interstate family had become worried when they were unable to contact her for several days and reported her missing to police on Tuesday.

It was when they went to check on Fahima at her home, that they realised something was wrong, and allege Fahima’s husband led them to her body, Seven News reports.

On Wednesday afternoon forensic officers recovered a woman’s remains from a shallow grave in the backyard.

The man was refused bail and is expected to appear in the Perth Magistrates Court on Thursday.

PM @ScottMorrisonMP: The retirement age will stay at 67, it will not go to 70. It’s all about recognising the choices that senior Australians want to make.

Keeping population growth strong could help the federal government support an ageing nation as the pension age sticks at 67, an economist says.

Prime Minister Scott Morrison announced he was dumping plans to lift the pension age to 70 beyond 2035 on Wednesday.

Commsec senior economist Ryan Felsman has told AAP he suspects Mr Morrison felt able to make the change as the budget’s bottom line has been improving.

But the prime minister would still need to consider government spending going forward, he said.

“Obviously we have to contend with an ageing population and increasing spending around social services and transfer payments going forward,” Mr Felsman told AAP.

Mr Felsman said three key elements of economic growth investigated in 2015’s intergenerational report offer a blueprint as to how the government can handle the issue.

They are keeping population growth strong, including through offshore migration, boosting workforce participation and improving the productivity rate.

“We’ll need to at least continue to have a reasonable population intake going forward,” he said.

The pension age plan was first announced by the Abbott government under then-treasurer Joe Hockey in 2014 but was never legislated.

Under the original proposal, the qualifying age for the pension would have increased by six months every two years until reaching 70 years in 2035.

It was expected to save the budget about $3.6 billion over four years.

Treasurer Josh Frydenberg said the change would not affect the budget in the short term.

“This is one of those 2014/15 budget measures which had no hope of getting through the parliament,” he told reporters.

5. Ambulance union apologise to family of Sydney man for suggesting they caused his death

The paramedics union has apologised after falsely claiming a dying Sydney man’s family stopped ambos from saving his life https://t.co/1ZVev4n5mi

The union representing paramedics has admitted it was “wholly incorrect” to suggest the family of a Sydney man was responsible for his death by obstructing ambulance officers called to treat the 25-year-old.

Australian Paramedics Association NSW secretary Steve Pearce on Sunday claimed relatives of Hamze Ibrahim were responsible for his death by hindering officers called to a Riverwood unit that morning.

“We had the outrageous situation where a violent mob demanded paramedics hand over a defibrillator and drugs saying they would treat the patient … the stupidity of these people have taken the life of their family member,” Mr Pearce said in a statement.

Mr Ibrahim’s family hit back on Monday stating their pain and suffering had been made worse by the association’s “self-serving, reckless and unfounded comments.”

The union on Wednesday admitted it was in the wrong.

“APA NSW acknowledges any statement … to the effect that Mr Ibrahim’s family members either contributed or were in any way responsible for his death is wholly incorrect and should not have been published,” the organisation said in a statement.

“APA NSW further acknowledges at no time did Mr Ibrahim’s family members obstruct or threaten paramedics whilst they were administering medical assistance.”

Mr Ibrahim has a large extended family, many of whom live near the 25-year-old’s unit.

Relatives and friends rushed to his side on Sunday morning, the family explained on Monday.

Many were emotional and had difficulty accepting what had occurred but “none were violent or threatening towards paramedics or police”.

“The sheer number of people who did attend the residence and the tense emotional circumstances surrounding the sudden death of a 25-year-old man may have caused the paramedics to believe they required police attendance,” the family’s statement said.

The paramedics union on Sunday said they’d been called to “a suspected overdose”.

Perhaps when the female paramedic was 'allegedly' punched by a family member, made the ambos think they required a police presence?

All Politicians should have to work until they are 67 too.