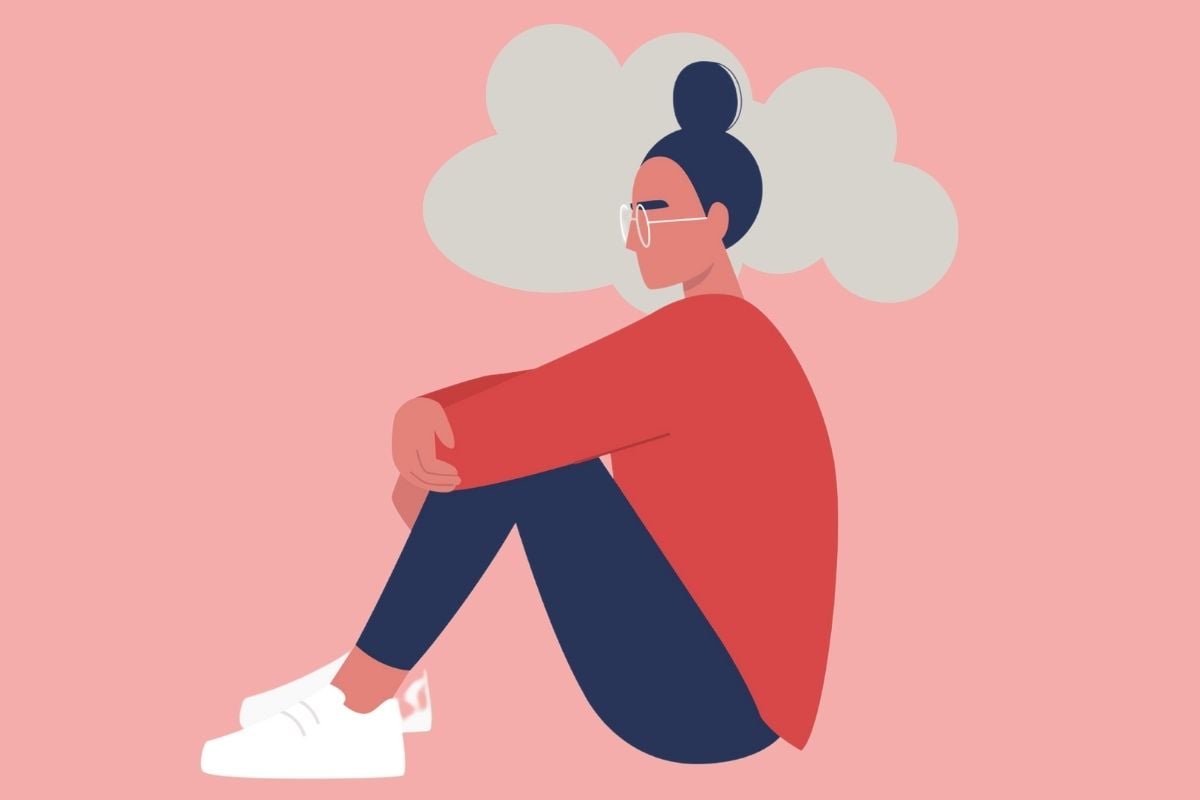 You know what's been really not great? This entire year. So, if you're feeling out of sorts, you're definitely not alone.

The fact is that almost half of all Australians will experience some form of mental illness in their lives - which is a pretty jarring thought. But for something so common, a lot of people hide their sh*t. And they hide it well.

That's why R U OK? day is relevant more than ever. It's a day we take to check in on our friends, family and those around us - because the truth is, not everyone who seems fine is fine.

Watch: What I want to say about depression on R U OK? day. Post continues below.

So, how do you know when there's a little more to a 'bad week' or a 'bad month'? How do you know if what's going on in your head is normal?

We had a chat to medical doctor and psychiatry resident Dr Kieran Kennedy and asked him to tell us the kind of thoughts, behaviours and feelings that might mean something more.

"This one is particularly important when it come to our mood, but any mental health struggle that’s starting to really take a toll can have an impact here," said Dr Kennedy.

"Feeling that things we usually enjoy, feel motivated about or seek out no longer hold that same appeal, is a key red flag that things might not be going so well."

Listen: “This groundhog day has to end." That was the message from Prime Minister Scott Morrison after a COVID press conference. Is ScoMo going to have to go to war with the Premiers? Post continues below.

So, if you're starting to notice a change here, Dr Kennedy said it's important to reach out to someone for help.

Having activities, hobbies or interests is hugely beneficial to your mental wellbeing, and it plays a pivotal role in helping us to stay on track and keep us grounded.

"Even during our most stressful days or bad weeks we can usually fall back to the things we love doing or find restorative to get us through, but in depression or significant anxiety this can start to shift.

"If the way you usually feel about things no longer holds its spark, then it might be a sign you’re really struggling."

Does everything feel just a bit too f**king hard right now? Feeling suddenly overwhelmed and unable to complete your usual daily activities can all be subtle signals of mental strain.

"A clear sign that mental struggles might be moving toward a diagnosable disorder is when they interfere with our ability to live our lives as we’d like to," explains Dr Kennedy.

"Whether it’s anxiety, low mood, troubling sleeping or gaming (yup), if it’s starting to mean you can’t do the daily to-do’s you’d normally manage no worries, then it’s time to take real notice."

While feeling like it's hard to juggle responsibilities or finding it difficult to get through work is common if we’re stressed or strained, Dr Kennedy said "if things get to the point where your home life, work or relationships are starting to suffer, then it’s a definite red flag." 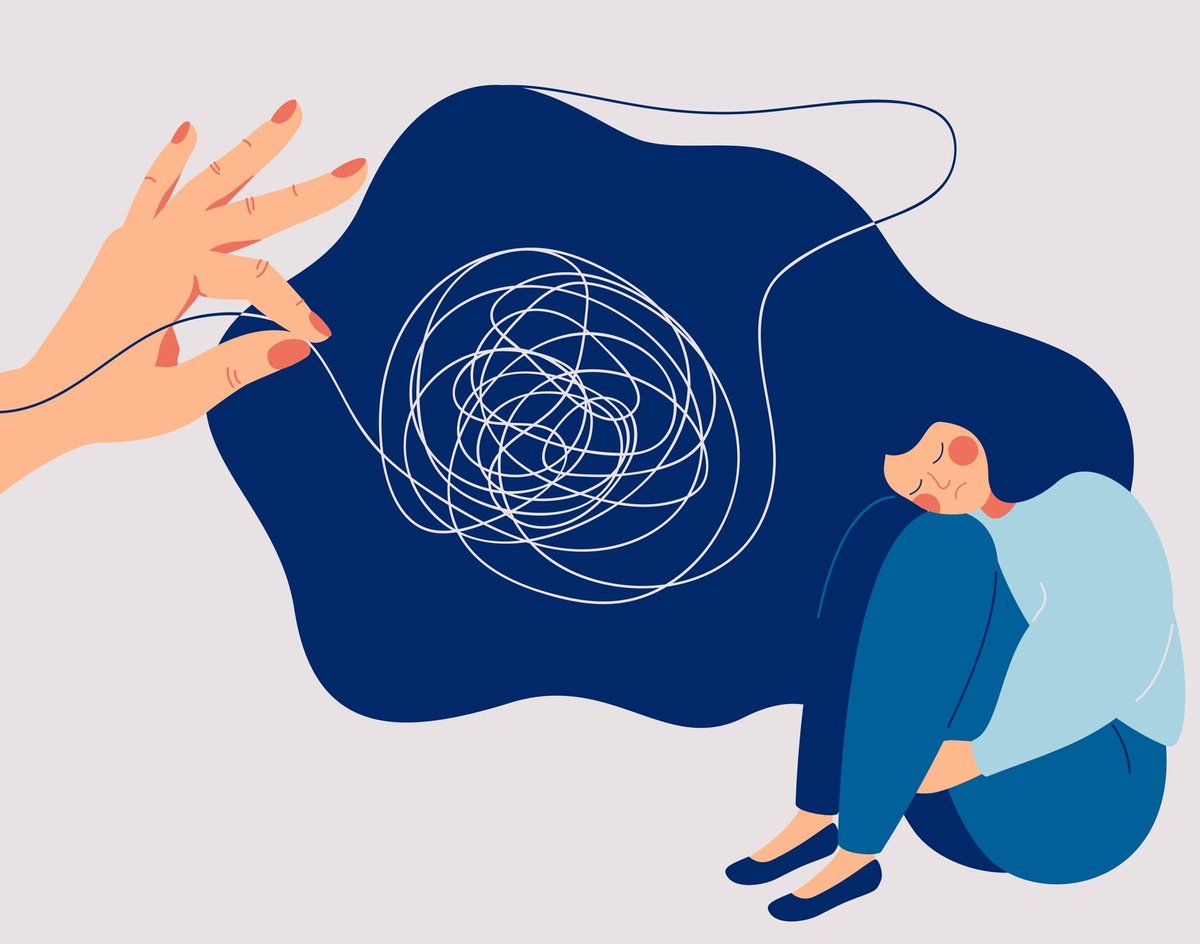 3. Physical changes (without a physical cause).

While physical pain and aches might be considered a whole separate deal to mental health, they're actually really closely linked. So, it’s not uncommon for anxiety or trauma to be expressed through the body.

"Often we think about mental health as being just that – purely mental. But it’s important to call out that mental strains can start to involve the body if things are getting worse," said Dr Kennedy.

"Libido is another flag we often don’t think on; for both men and women, a major drop in this or sexual function can be a solid signal."

If you've been dealing with a shorter fuse as of late, there might be a little more to it than you think. Feelings like irritability and impatience are some lesser known warning signs when it comes to mental health.

"When we think about depression and other forms of mental illness, matters of mood usually put at “high” or “low”. But it’s important to realise too that for some people they might feel uncharacteristically angry, irritable and short in the fuse ... and that can be a sign that help is needed."

Dr Kennedy said that it's common for those who take on the carer role to find it hard to show vulnerability. He said they also might bear the brunt of stigma around 'struggling' being a sign of weakness (i.e. mums or men).

"Rather than feeling or showing depression or sadness mental strain can be channelled as anger," he said. "If this is out of character, it’s important people reach out for help."

5. You’re using other things to numb.

While Dr Kennedy said there's absolutely nothing wrong with zoning out with some Netflix or enjoying a ‘treat’ meal, when things start to become compulsive and used as an avoidance tool so we don’t have to feel what’s really there, it becomes a bigger issue.

"This may be a sign there’s something bigger going on underneath," he said. "I see this a lot in sessions with patients who are struggling with mood and anxiety in particular, and it’s often a way we try to protect ourselves from confronting how tough things are getting."

"Whether it’s alcohol, binge eating or getting stuck down a Netflix wormhole, signs that we’re numbing include not actually feeling/enjoying it, feeling a compulsive need to do it and doing much more of it than we intend to," said Dr Kennedy.

If you've noticed any of the above changes over the past couple of weeks (or more) - such as physical pain and aches, an increase in irritability, a feeling of disconnection - it's probably time to see your GP and suss out what's going on.

Don't wait until it's "bad" to ask for help.

Reply
Upvote
I read a great article today that really nails the way I've been feeling lately - not necessarily depressed, but definitely not right, either. Tired, no motivation, burned out by it all. If you Google "languishing" and Adam Grant, you should find the New York Times article, it really rang a few bells for me.

Reply
Upvote
On another note, the word languishing reminded me of affliction, and so of the scene from Rosencrantz and Guildenstern are dead came to mind. I felt the need to delve further and glean what afflicts you.
I've no idea if this will be published, but it should be the law that everyone either sees the movie or reads/attends the play at least once in their life. so they can enjoy my comment lol