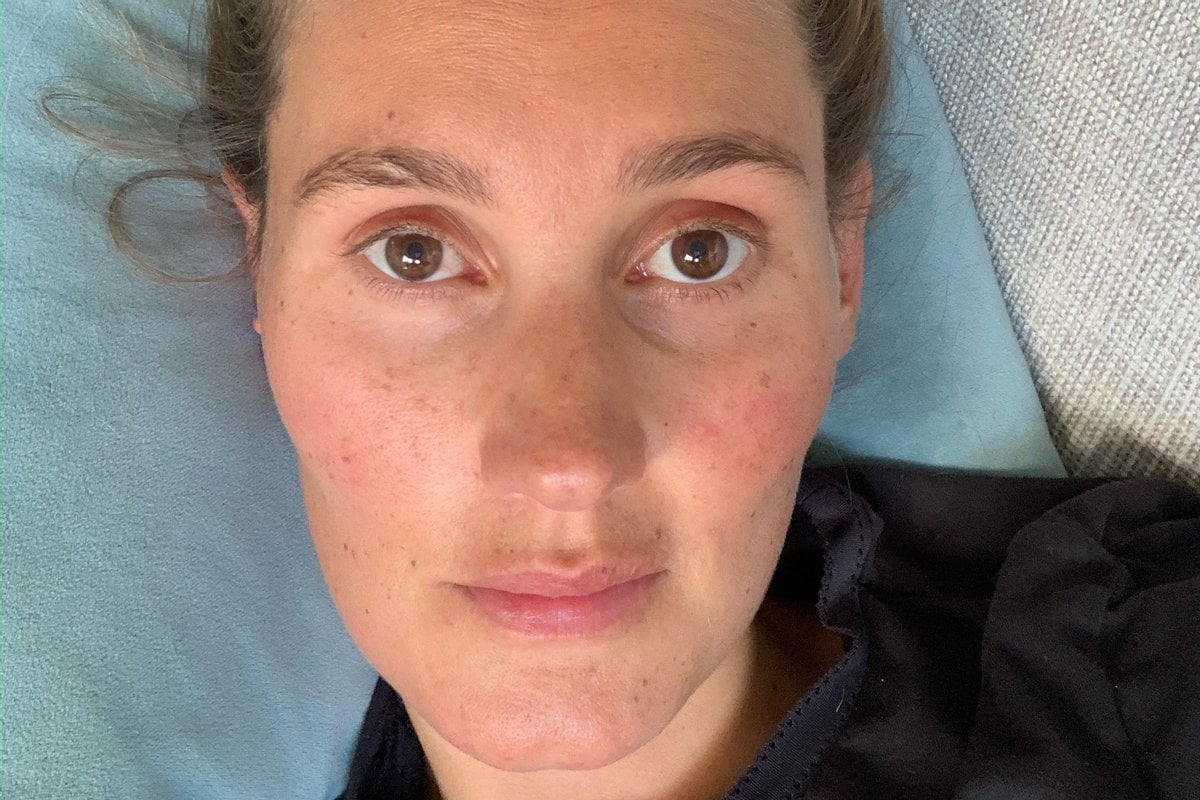 As a group, we certainly have an unenviable reputation. Much like lawyers, comedians and car salesman, there are certain, unavoidable assumptions that follow as soon as the word “actor” tumbles out of my mouth at a party.

Over the years, for better or worse, here are some of the things I’ve encountered…

Side note: Watch the horoscopes and self-care. Post continues below.

“Omg, this is so cool, now I know someone who’s famous!”

Sorry to disappoint, but I am not turning many heads while ordering my morning coffee (unless I have my sweet little one-year-old in tow. That kid gets a lot of action on our local strip).

Yes, there is a certain trajectory in my industry that inevitably leads to fame, but that is only for the top one per cent, as it can be in a lot of other professions. The rest of us mostly just go about our business, earning a living and enjoying varying degrees of success, mostly anonymously.

This sometimes then leads into, “Oh, do you know [insert very well-known Australian actor here]?” Sadly, no, Margot Robbie and I aren’t besties, which is ridiculous because I think we’d get along famously. And although I do actually see Guy Pierce brunching at one of my favourite spots at least twice a week, I’d be just as nervous to strike up a convo about his coffee order as you might be, despite our common interest (and comparable level of global fame).

This is such a natural thing to ask someone upon learning that they’re a professional actor because our general understanding of what an actor does is that it’s very public facing. And this is true, to an extent. But I would actually say the vast majority of people haven’t seen the vast majority of my work.

You may have seen me on TV commercials, some small television roles, and a little watched series on Amazon Prime. But for the most part, my work is seen by pretty niche audiences.

Those employed by some of the big banks or on government construction sites have had to sit through hours of my smiling mug, taking them through their training or inductions, for example.

Or it’s likely you may have heard my voice on a radio or podcast ad and not known it.

Nothing beats meeting a fellow drama nerd, don’t get me wrong, but this one can be a bit of a kick in the ol’ gut.

This is a little bit like telling a registered builder that you used to be one too, because you made an impressive wooden box once in woodwork.

Comparing something you’ve dabbled in as a hobby to someone’s decades-long career can feel a bit belittling.

Of course, it doesn’t help that us actors are among the most insecure when it comes to the legitimacy of our career choices, so some of this is on us.

Speaking of belittling… yep, this is one I’ve been asked, verbatim.

It’s no secret that actors have to keep their fingers in a lot of pies in order to make an honest living.

That’s why I am an actor/presenter/voice artist/writer/baker/candlestick maker (okay, maybe not those last two, but there’s still time for me to upskill).

We’re master jugglers, us creatives, and every single one I know is a “slashie” just like me.

'Don’t actors get paid like a thousand dollars an hour?'

I am personally quite transparent about most of the ins-and-outs of my job, and questions about money are no exception to this. But it’s important to understand the context here.

Yes, industry standard for advertising work that will be shown widely is generally a very handsome fee. Sometimes in the tens of thousands for a single day’s work.

Other times, an ad that takes the same amount of work on the actor’s part will pay $1000.

Of course, a grand is still fantastic for a day’s work, but those days are few and far between.

Casting directors have been known to receive thousands of submissions for each role, so if you book the job then you’ve beaten the odds.

Television work, presenting work and theatre all pay a lot less (unless you’re very well known) and those jobs are just as hard fought.

'Oh, don’t worry. Harrison Ford didn’t ‘make it’ until he was in his forties.'

I wasn’t worried. Wait, should I be worried? Am I a total loser? Would I look weird as a redhead? Sorry, these are just some of the thoughts I have swirling around in my head at any given time.

The thing is, the whole concept of “making it” is a bit of a misnomer when it comes to creative work.

You can get an incredible gig and think “well it’s only upwards from here” and then you go six months without a single phone call.

There is no linear trajectory for actors and the stigma that comes with working a casual job outside of the industry can be intense.

This is especially true for actors with name recognition like Eastenders star Katie Jarvis, who was shamed in the UK press for working as a security guard.

An actor friend of mine has even had old school friends come into her clothing store job and incredulously ask, “Wow you still work here?" or “Are you still trying to do that acting thing?”. Sigh.

These days, what we do for work plays an undeniable role in shaping who we are. So, when we meet someone for the first time, it’s only natural to want to know what your potential new pal spends most of their time doing.

Overall, I really love talking about what I do, and I often find people are really interested in the ins-and-outs of my day-to-day, which is, quite frankly, absolutely lovely.

Occasionally, when these conversations take a somewhat baffling turn, I do end up walking away interrogating all of my life choices.

But that just comes with the territory of an unconventional career path, and I wouldn’t have it any other way.