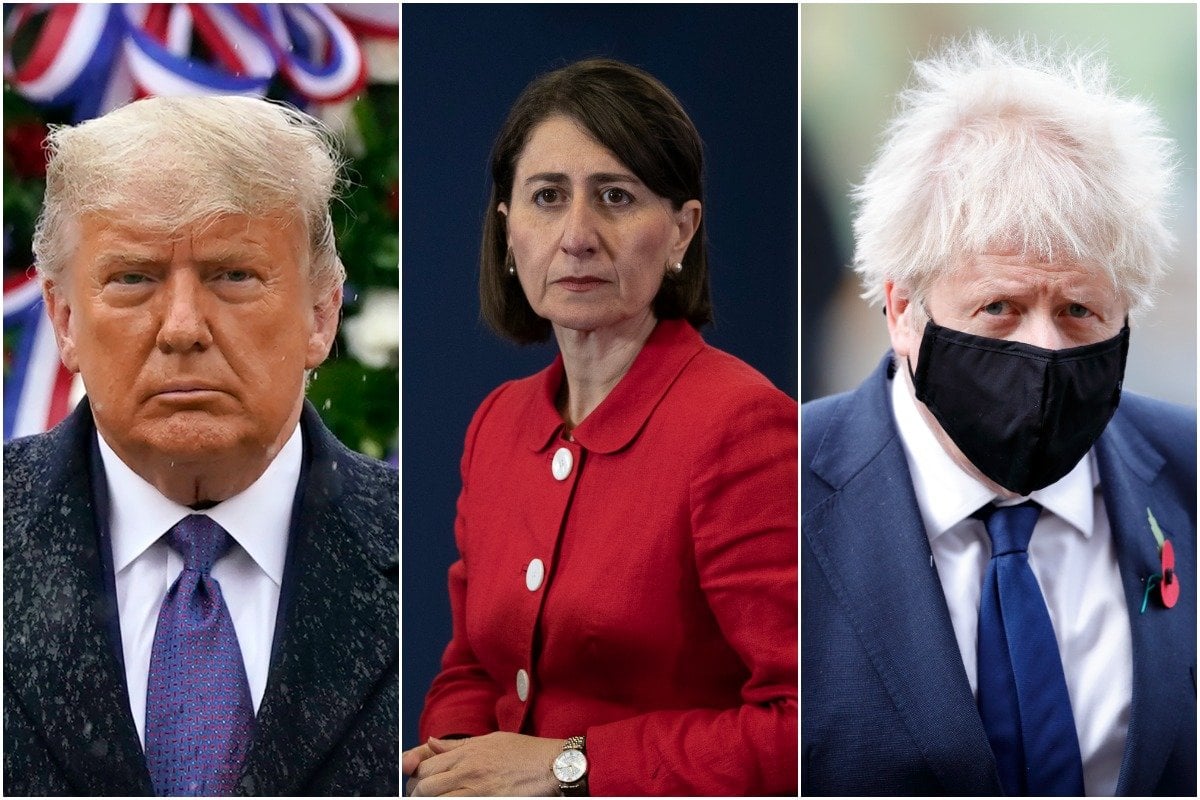 Georgia orders full recount of votes as Biden pushes forward with his transition.

Georgia's secretary of state has ordered a full hand recount of the state's presidential election race as he noted that the vote differential between US President Donald Trump and Democrat Joe Biden is just 14,111.

Biden does not need Georgia to win the presidential election, and Georgia's numbers would only become important if other states also somehow flip, which is unlikely.

President Trump has appeared in public for the first time since the election was called for Biden, placing a memorial wreath at the Tomb of the Unknown Soldier at Arlington National Ceremony.

Honored to join President ⁦@realDonaldTrump⁩ and VP ⁦@Mike_Pence⁩ at the Tomb of the Unknown Soldier at Arlington National Cemetery to honor our nation’s fallen heroes this #VeteransDay 🇺🇸 pic.twitter.com/Z9t0iXswu0

Trump's legal team has fired a barrage of lawsuits alleging voter fraud, with the president spending the last several days holed up at the White House tweeting angrily about his loss.

When asked about Trump's refusal to acknowledge the election results on Tuesday, Biden replied "I just think it's an embarrassment, quite frankly."

President-elect Joe Biden says 'it's an embarrassment' that President Donald Trump is still refusing to concede the presidential race.https://t.co/jJeBnYlmJD pic.twitter.com/P37YYtycZg

He has continued to move ahead with his transition, but Trump has blocked the incoming president from receiving intelligence briefings and withheld federal funding intended to help facilitate the transfer of power.

Fourth day coronavirus free for NSW, while Victoria reaches its 12th day with no cases.

NSW has recorded its fourth straight day of zero cases of local COVID-19 cases as thousands of businesses across the state are told they have less than two weeks to electronically register their customers' details.

Customer Service Minister Victor Dominello says pen and paper no longer cut it and QR codes will be mandatory from November 23, warning any business without the digital system will be fined.

Premier Gladys Berejiklian has once again criticised her Queensland counterpart, frustrated by her refusal to open the border to Sydneysiders, arguing that both states' economies were suffering.

Berejiklian is "mortified" by suggestions the sunshine state could reopen its border to Victoria before the rest of NSW, with the state considering a December 1 date. 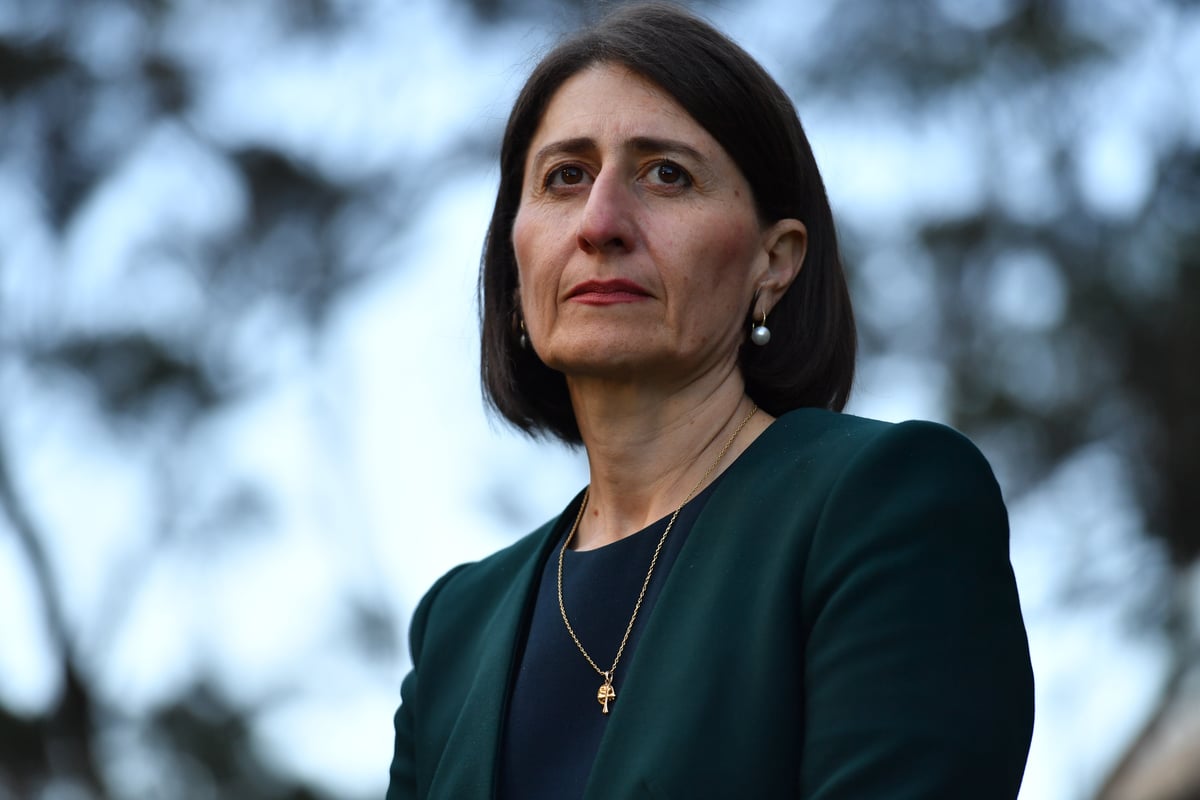 Gladys Berejiklian has again criticised her QLD counterpart over the border. Image: Getty.

She noted that from November 23, every Australian citizen will be welcome in NSW without quarantine, and the state is also welcoming New Zealanders.

"We're really encouraged by the progress we're making. But let's not be in a situation where people lose jobs, are frustrated and separated from their families over Christmas unnecessarily. It's just ridiculous," she said.

Victoria declared its 12th day in a row without any new coronavirus cases or deaths on Wednesday.

But Melbourne Central and Melbourne Airport have been listed as coronavirus hotspots after an aged care worker who flew to Adelaide tested positive for COVID-19.

The woman in her 20s took off from Melbourne on Monday and is being treated as infectious by health authorities while in hotel quarantine.

Exposures below are for a case (possibly only prolonged shedding) that will be recorded as being in quarantine in South Australia. Not a Victorian case. https://t.co/3vIjGjshU8

It remains unclear whether the aged care worker is shedding the virus.

New QLD cabinet to be sworn in, as LNP hold spill.

Queensland's re-elected Labor government will be sworn in as the Liberal National Party holds a leadership spill on Thursday.

They will be sworn in at Government House on Thursday morning along with new Health Minister Yvette D'Ath and new Attorney-General Shannon Fentiman in an 18-person cabinet.

The Premier has unveiled the rest of her new-look Cabinet ahead of the formal swearing-in of Ministers. | @ClareBarnes_10 pic.twitter.com/UoqVHAkhFj

The LNP is due to hold a party room ballot for a new leader and deputy leader later on Thursday after the resignations of Deb Frecklington and Tim Mander in the wake of last month's state election.

David Crisafulli is believed to be unchallenged in the vote for leader, while David Janetzki, Dale Last, Christian Rowan and Steve Minnikin are vying for the deputy position.

An Australian man arrested in Bali for alleged possession of methamphetamine also had a large haul of a locally grown stimulant which he's touted as a wonder drug.

But Travis James McLeod faces no charges in relation to the substance, known as kratom, which police allege was found at his Kerobokan villa, because while the substance is now illegal in Indonesia the laws are not yet enforced.

The 43-year-old Fremantle man was on Wednesday paraded by Denpasar police in an orange jumpsuit along with the drugs.

An Australian man is facing 20 years in a Bali jail. Travis McLeod from Perth is accused of trying to buy just under 1g of methamphetamine. https://t.co/TWh1KQycs4 #7NEWS pic.twitter.com/h6HebHSKZ6

He had little to say about the 0.86 gram of methamphetamine which police allege he possessed but he had plenty to say about kratom, derived from a Southeast Asian tree and which can have similar effects to opioids.

Kratom has been illegal and declared a Type One narcotic in Indonesia since 2017 but a five-year transition period means the laws cannot be used to charge anyone until 2022.

McLeod was one of eight drug suspects paraded at a police press conference on Wednesday. He potentially faces drug possession laws which carry a 12-year maximum term in relation to the methamphetamine.

The United Kingdom has become the first European nation to pass 50,000 coronavirus deaths.

The grim milestone was reached on the same day the country paused to remember the millions of Brits lost to war.

The UK Government's official figure reached 50,365 on Wednesday — Remembrance Day — after another 595 deaths were recorded in the previous 24 hours, which is the highest daily tally since May 12.

The UK currently sits fifth on the list of countries with the most deaths from coronavirus, behind the USA, Brazil, India and Mexico.

The country has been in lockdown since last week, and will continue to be until at least early December.

- Olympic chief Thomas Bach has not ruled out seeking to secure a supply of coronavirus vaccine doses to ensure the safe staging of next year's Tokyo Games.

- Sudan has received more than 10,000 Ethiopian refugees since the start of an escalating deadly conflict in their country last week.