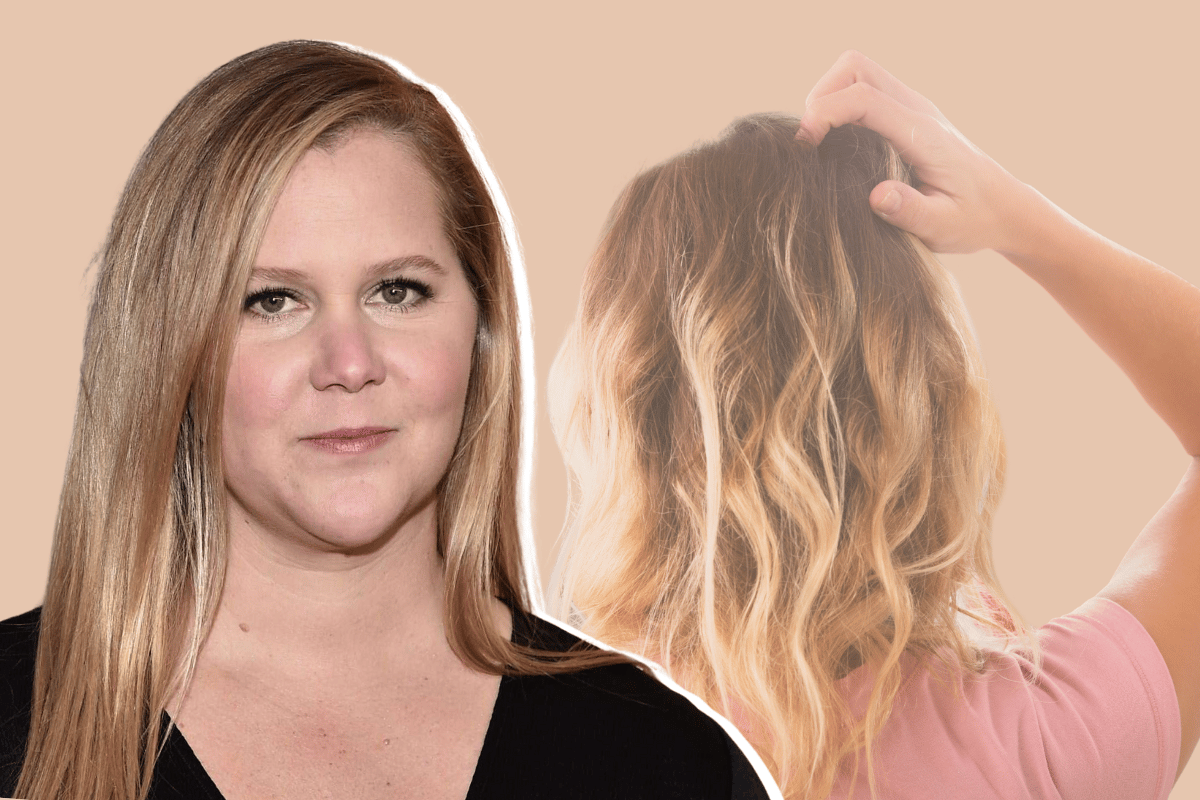 Amy Schumer is a fan favourite in the entertainment industry.

The comedian/actor has often used her personal life experiences as inspiration for comedy and producing film storylines. And her latest venture, comedy-drama series Life & Beth is no different, borrowing plenty from Schumer's "traumatic past", including her experience with trichotillomania - better known as a "hair pulling disorder".

Trichotillomania leads people to compulsively and uncontrollably pull out their own hair: from the head, eyelashes, eyebrows, and other areas. Most experts believe it is linked to obsessive-compulsive disorder.

As for turning her real-life challenges into television gold, Schumer said there are some "therapeutic benefits" that come with writing an autobiographical script.

"At the time, 'you just keep moving', keep growing up, and you know the things that happened to you. But I wanted to really give it the time and attention that I feel like I never did, to just be more gentle with myself in general and feel a little less guilty or ashamed, because I did have a rough time [with trichotillomania]," she said.

During her adolescence, Schumer first developed trichotillomania. It was around this time that Schumer's family life was imploding: her parents had just split, her father had declared bankruptcy and was diagnosed with multiple sclerosis. Plus, Schumer's mum had married the father of her Schumer's best friend. So in a bid to cope with all that was happening around her, Schumer resorted to pulling out her hair.

"I think everybody has a big secret, and that’s mine," Schumer told The Hollywood Reporter. "I'm proud that my big secret only hurts me but it's been what I've carried so much shame about for so long."

At one stage, Schumer's trichotillomania was so severe that she had to wear a wig to school in order to hide her hair loss. And according to Schumer, "everybody knew" what was going on.

"It's not that I used to have this problem and now I don't. It's still something that I struggle with."

In Life & Beth, Schumer's character also suffers from the same condition. The TLC Foundation - which supports those who struggle with body-focused repetitive behaviours - has since thanked Schumer for her "accurate and respectful portrayal".

The foundation's executive director said in a statement: "Our community is breathing a collective sigh of relief after having our behaviours mis-characterised and misinterpreted for so many years."

A fear that Schumer continues to have over the condition is whether or not her son will experience it too.

Provisional Psychologist Imogen Rehm wrote a piece for The Conversation saying: "Trichotillomania runs in families and there's evidence for a strong genetic component in its development. But whether there's a specific gene responsible for the disorder is not yet known."

Given that there is a genetic component associated with it, it's understandable why Schumer worries for her son Gene, who is almost three years old.

As she said to The Hollywood Reporter: "Every time he touches his head I'm having a heart attack."

Schumer isn't the only celebrity to share their experience with trichotillomania.

Victoria's Secret model Sara Sampaio said she first developed it when she was 15 and began pulling out her eyelashes. It then led to her eyebrows too.

"My episodes are a lot worse when I'm under a lot of stress or when I'm not doing anything like watching TV or reading a book. This is a disorder that people can't just simply stop! But being understanding and kind goes a long way," she wrote on Instagram.

Actor Olivia Munn also opened up about her challenges with the condition in 2014, saying: "It comes from a place of needing to feel safe. I had it growing up, having had a little bit of a tumultuous upbringing, moving around a lot with a mixed family with five kids. When I got on TV and had to open myself up to the world, some of that anxiety came back up. I just didn't want to let anybody down. It doesn't hurt, but it's really annoying. Every time I run out of the house, I have to stop and pick up a whole set of fake eyelashes."

Listen to You Beauty. What can be done about hair loss? Post continues after audio.

Charlize Theron also says she has previously had trichotillomania. Talking to Kyle and Jackie O she shared that she had been diagnosed with it and that "it's a nightmare to have this condition".

As written in The Conversation, trichotillomania commonly affects women more often than men. Around 80 per cent of the people affected end up developing it between the ages of six and 18, and experience it for at least 20 years.

And although approximately two to four percent of the Aussie population experience trichotillomania, it does remain relatively unknown and misunderstood.

It's likely there are biological, psychological and social factors that make some people more likely to develop trichotillomania than others. Brain imaging studies show brain regions responsible for impulse control, processing emotions, and reward-based learning could be different in people with trichotillomania.

Recovery is different for everyone. Like one woman with trichotillomania told Mamamia in 2020:

"After my diagnosis, I continued to see a therapist on and off – throughout my childhood, into my teen years and still now in my twenties. My long-term psychologist specialises in OCD using cognitive behavioural therapy to help me, and generally speaking it has been pretty successful, although at times of stress like breakups or exams, I have had small relapses. While my condition is by no means resolved, I am definitely in a much better place with it now and my hair has started to grow back."

As to why Schumer decided to open up about her experience with trichotillomania, she said: "I really don't want to have a big secret anymore. And I thought putting it in there would be good for me to alleviate some of my shame and maybe, hopefully, help others alleviate some of theirs, too."

If you think you may be experiencing a mental health concern, please contact your general practitioner. If you're based in Australia, please contact Lifeline 13 11 14 for support or  beyondblue 1300 22 4636.