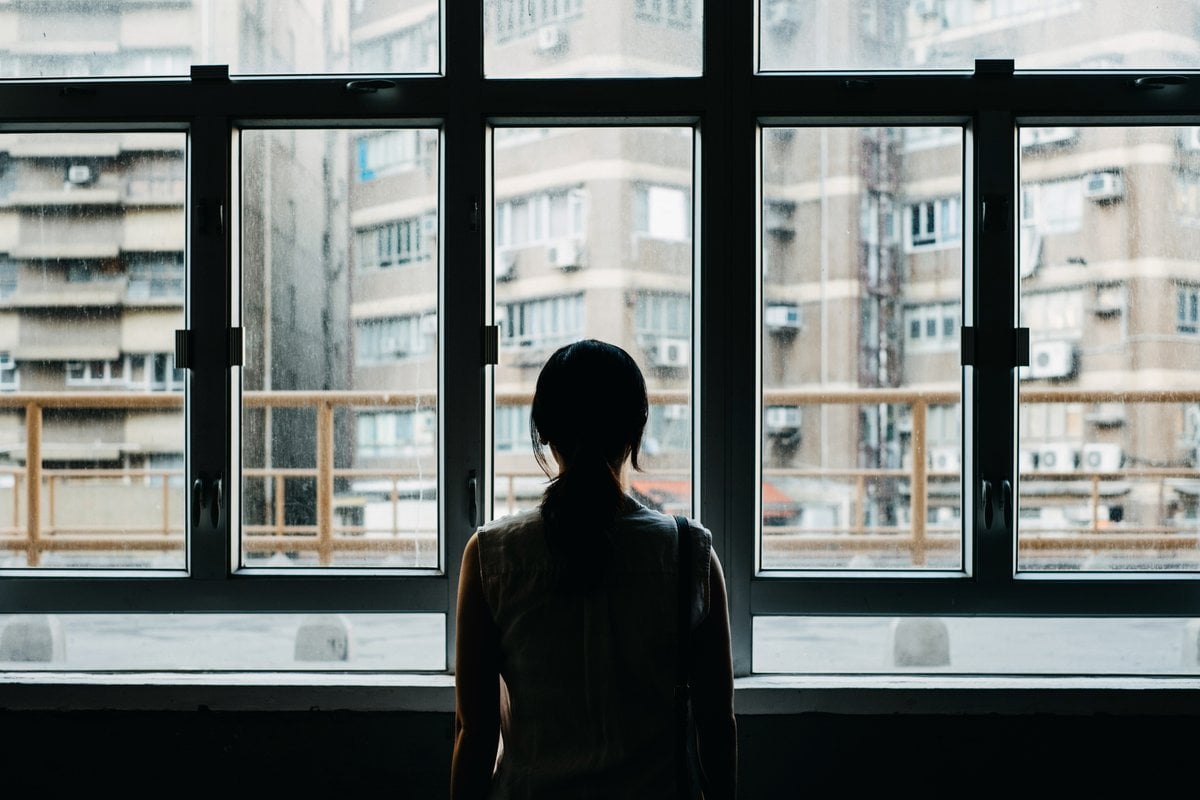 Where I grew up in a green and hilly suburb of New York, my bedroom faced the house just behind ours.

And in the window of that house, on the right side on the second floor, I would often see a middle-aged man facing outward, completely naked. And he was doing... something, with his hands near his crotch.

I didn’t see exactly what he was doing in all its gory detail; I never stared for too long. I didn’t want to know.

But his intentions were clear: He was naked, pleasuring himself, and he wanted to be seen.

He had all of his brightest lights turned on even in the darkest of night, and he was possibly even standing on something so that more of his torso was visible within the window frame.

I wondered if I had done something to provoke him.

Throughout puberty and my teenage years, I saw him there regularly, sometimes in the morning, sometimes at night.

It made me shudder.

When I saw him or suspected he saw me, it felt a little like I’d just participated in something dirty. I felt complicit, a little bit guilty even.

I wondered if I had done something to provoke him. Had I sent him the wrong message by accident?

Did I get naked in front of my window with the blinds open one too many times?

Did I give him a reason to think I liked it?

Later, I also learned that this same man was sometimes seen in our backyard.

He would crawl through the hedges that separated our two homes to watch my mother who works out every morning on the ground floor.

Is A Royal Commission Enough To End Veteran Suicide?

My mother called him a "Peeping Tom," which sounded more harmless than it felt.

"Can’t we do something about it?" I asked her one day.

At this point, she’d also seen him in the window.

"With these things," she said. "It’s better not to cause any problems. We don’t know what he might do in response."

So that was that.

We would keep quiet about it for our own safety. This was just something I would have to live with.

So when I woke up in the morning, I’d pull my blinds apart just enough to see if he was there. If not, I would open them. At night, when I went up to my room, I always made sure the blinds were closed tightly, checking each slat to ensure there was no space in between them before I turned on the lights.

Even if he wasn’t doing that thing in the window, he could still be watching me at any time.

Day after day, night after night, I had to prevent him from seeing me, and I had to avoid looking outside at all costs. That’s just the way it had to be.

But now, looking back, I wish I had not just accepted this. I wish we would have said or done something.

I understood my parents' concern over stirring up trouble with the neighbours. We’d watched enough Law and Order and Lifetime movies to know there were a lot of weirdos out there who do stuff to hurt others in more damaging ways.

And this guy fit the description of most perps. Middle-aged, single, lives with his mother. (Yes, he lived with his mother but she never appeared in the window.)

I wish we would have said or done something.

But I’d be willing to bet that most guys who jerk off in windows are not physically violent. There’s a big step in between this and physically hurting someone else.

We shouldn’t have let him get away with it, but we did. We let him have all the power.

I didn’t tell many people about this until now. As a girl, I felt ashamed of it. Ashamed of him, ashamed of the fact that somehow I may be held responsible if I told people.

I was worried people would associate me and my sexuality with that man.

And this experience parallels that of anyone who has ever been a victim of sexual misconduct, molestation, or rape.

But what about justice?

What about stopping these people from doing it again? What about teaching other people the effect their actions have on the rest of us? What about helping others who experience something similar not feel ashamed?

Several years after I’d moved out, I was back home for a visit and sitting with my mother on the deck which faces the house behind us. His house.

"Guess what?" she told me. Our other neighbour had filled her in. "The guy that lives there." She pointed. "He’s gone."

"He apparently died of a drug overdose. Heroin."

We both sat there in silence for a few moments, as I let it sink in. It was unfortunate for him. But not for us; I was relieved he was gone.

I think both of us felt more peaceful than anything else.

Finally, we didn’t have to worry about him bothering us anymore. Finally, we knew he wouldn’t cause us any more trouble.

But we shouldn’t have had to wait that long.

We shouldn’t have had to wait until he died to feel safe in our own home.

No, next time, we will speak up sooner. For us, for him, and simply because it’s the only way that’s right. The only way that will get us closer to a world where we can all open our windows and enjoy the view outside in peace.

This post was originally published on Medium, and republished with full permission.