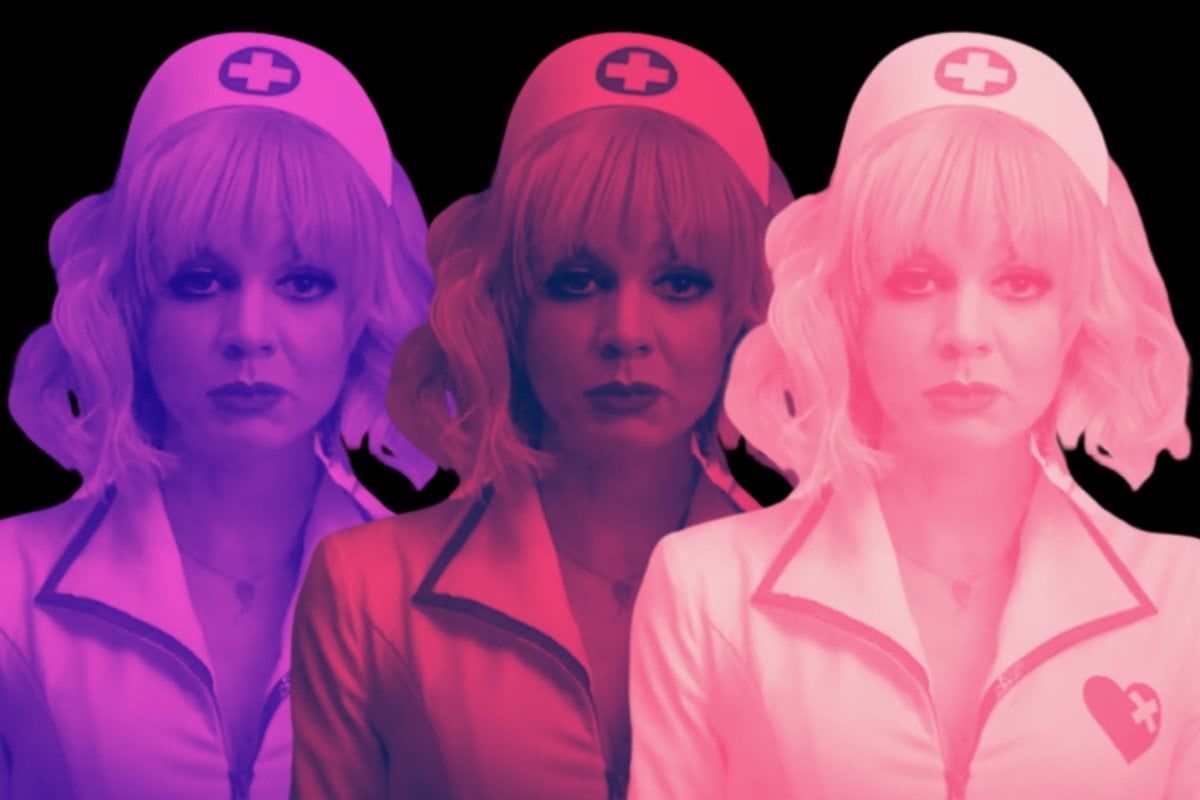 Spoiler warning: This post contains MANY spoilers for Promising Young Woman. Read on at your own risk.

Promising Young Woman isn't the kind of film you see and then immediately forget.

It clings to you. It follows you out of the cinema and into the car park. It slips into your backseat and joins you for the silent trip home. When you arrive home, it slides under the front door and takes up space on your sofa. It's there when you take a shower, hoping the hot water will erase the image of that ending. When you curl up in bed at night, it wraps itself around your body and slips into your dreams.

For days, weeks, months after you watch it, Promising Young Woman will take up space in your mind and force you to think about consent and what a good person really looks like.

Watch the trailer for Promising Young Woman. Post continues below.

Watching the opening scene of the movie, which was written and directed by Killing Eve season two showrunner Emerald Fennell, immediately puts you off kilter.

It's Friday night in a bar and a young woman (Carey Mulligan) is slumped on a sofa. She appears heavily intoxicated and seems to be searching for something. The camera pans between her and a group of men who are talking about work over a few drinks. Two of the men start talking about how drunk the woman appears, how sloppy, how she's "asking for it". The third man - played by The O.C's Adam Brody appears to be disgusted by their conversation. He walks over to check that the woman is okay. After a bit of drunken banter - in which she can hardly form sentences - Brody's character offers to drop her home.

Her carries her out of the bar, onto the street and into a waiting ride share car. On the trip home, he mentions his apartment is only a few blocks away, and maybe she'd like to come back there for a final drink before she goes home. She mumbles a response; her head lolling around the backseat, and that's good enough for him.

When they arrive at his apartment, he pours them a drink and tells her his roommate isn't home. She tells him she just wants to go home to bed, so he carries her into the bedroom and plonks her on his bed. As she starts to fall asleep, he runs and jumps on the bed and says "don't fall asleep" before he starts kissing her legs and slowly pulling down her underwear.

That's when she sits up and coherently asks: "What are you doing?"

It immediately becomes clear this isn't a drunk, vulnerable woman who is about to be taken advantage of. It's a woman who is well aware that a man who looks like Adam Brody, and acts like the good guy, might just sexually assault a "vulnerable woman" if the opportunity presented itself to him.

The woman's name is Cassie. She's a medical school dropout who works in a coffee shop by day and pretends to be an intoxicated woman in bars at night to catch out men exactly like Brody's character.

She later tells another "good guy" played by Superbad's Christopher Mintz-Plasse that she does this every week and every week "without fail" a nice guy like him will take her home.

This is what the film does so brilliantly over and over again. It takes actors we're used to loving and puts them in roles that will make us question our concept of "good guys" and "bad guys". 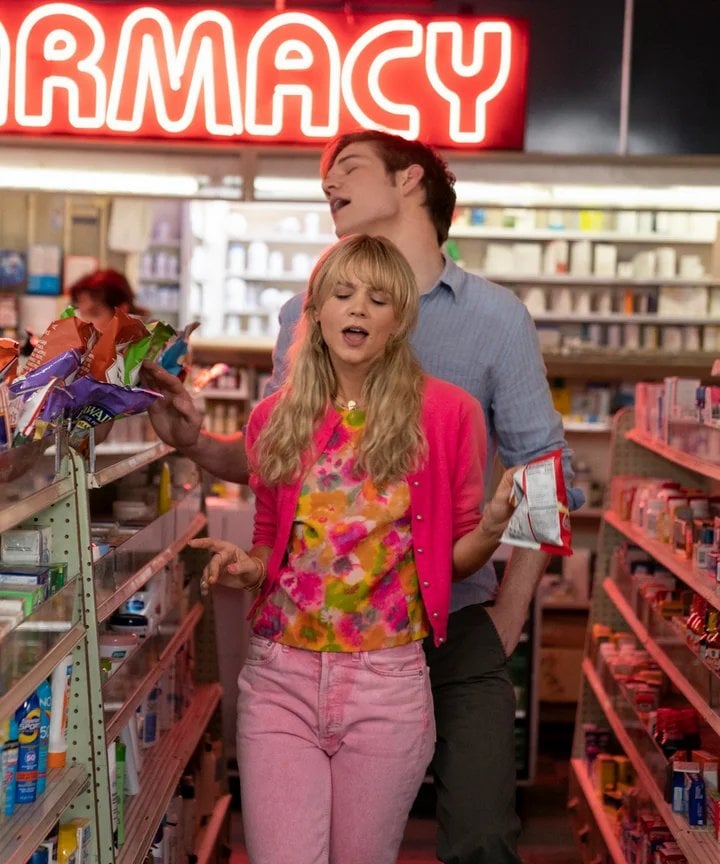 As the movie progresses, we learn Cassie dropped out of medical school after her best friend Nina was repeatedly raped by a classmate named Al Monroe at a party. Nina reported the incident, and the college swept it under the rug. Nina dropped out of college and Cassie dropped out too to take care of her. It's implied but never explicitly stated that Nina ended her own life. Her rapist went on to graduate from medical school and became a well-respected anesthesiologist.

Cassie is forced to confront what happened seven years ago when she runs into Ryan (Bo Burnham) a former classmate who she ends up dating.

Spurred on from her relationship with Ryan, Cassie begins to carry out a revenge plot, confronting the people who knew about the sexual assault and turned the other way. She makes her former classmate Madison (Alison Brie), who laughed at Nina's assault, believe that she has been sexually assaulted by a stranger in a hotel room. She makes the college dean (Connie Britton) believe that she put her daughter in a vulnerable position.

Her plan seems to be going well until Madison gives Cassie a copy of a video of the sexual assault that was passed around at the time. Cassie watches the video and hears Ryan's voice in the background. In a final blow, we learn that even the "goodest guy" in the movie was complicit in the rape and humiliation of Cassie's best friend.

Disguised as a stripper, dressed as a nurse, Cassie feeds all the bachelors spiked shots before taking Al upstairs to a bedroom. She cuffs him to the bed and then reveals the real reason she's there.

Al pleads with Cassie and says it was just a stupid mistake he made when he "was a kid". Cassie takes a scalpel out of her nurse's kit and says she's going to put Nina's name all over his body.

The ultimate revenge - which the audience is desperate for at this point - is just around the corner. We can almost taste it.

But before Cassie can even nick the surface of Al's skin, he frees himself from one of the handcuffs. He grabs a pillow, places it on Cassie's face, and holds it down until she stops breathing.

The next morning, Joe stumbles into the room and makes some very predictable jokes about Al killing the stripper. When he realises she's actually dead, Joe tells Al he'll help him sort it out because his life shouldn't be ruined by "one mistake".

Then they burn Cassie's body in a clearing near the house. 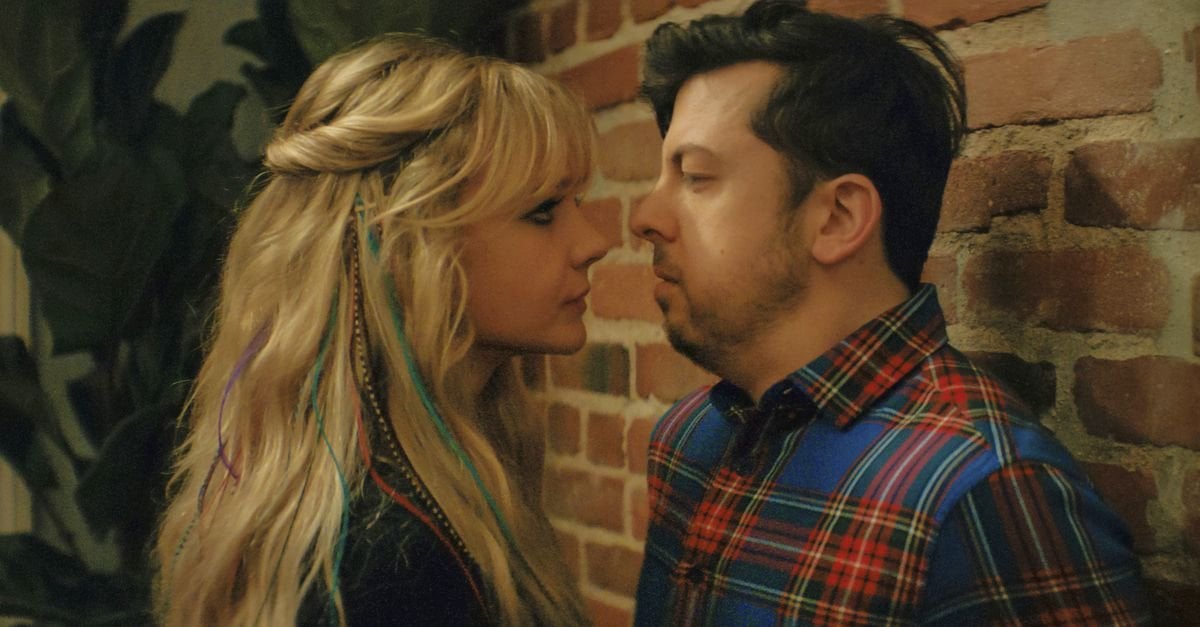 We then jump to Al's wedding a few days later, where he's marrying his "soulmate". They've just exchanged vows, when a fleet of police cars descend on the wedding, arresting Al, as Joe flees. At the same time, Ryan, who is attending the wedding, receives a series of scheduled messages from Cassie.

While this twist at the end offers some comfort to viewers, most of us are still in that bedroom with Cassie's lifeless body. Or at the burn site. Some of us are in that room at the college party. We know that this is how the story usually ends. With the woman being silenced, snuffed out, and the accusation being swept under the rug.

In reality, the victim rarely wins and the "good guys" go on to lead full, regret-free lives.

We know that while Al gets his comeuppance in the end, the women in the story had to pay an incredible price for it. Nina lost her life when she was still so young, and Cassie floated around in a half-dead state for seven years, before meeting a violent death.

It's easy to imagine a different ending, one where Cassie gets Ryan to confess to the rape and he goes on to be prosecuted to the full extent of the law. An ending where Cassie gets to resume her life, returns to med school, maybe even meets another "goodest guy" who she can settle down with.

But that ending would not have done the movie - and its message - justice.

We needed an ending that would haunt us, that would follow us out of the cinema, and would snake its way into every facet of our lives.

An ending that would make us stop and start having important conversations about consent.

An ending that ensures we never forget about women like Nina and Cassie.