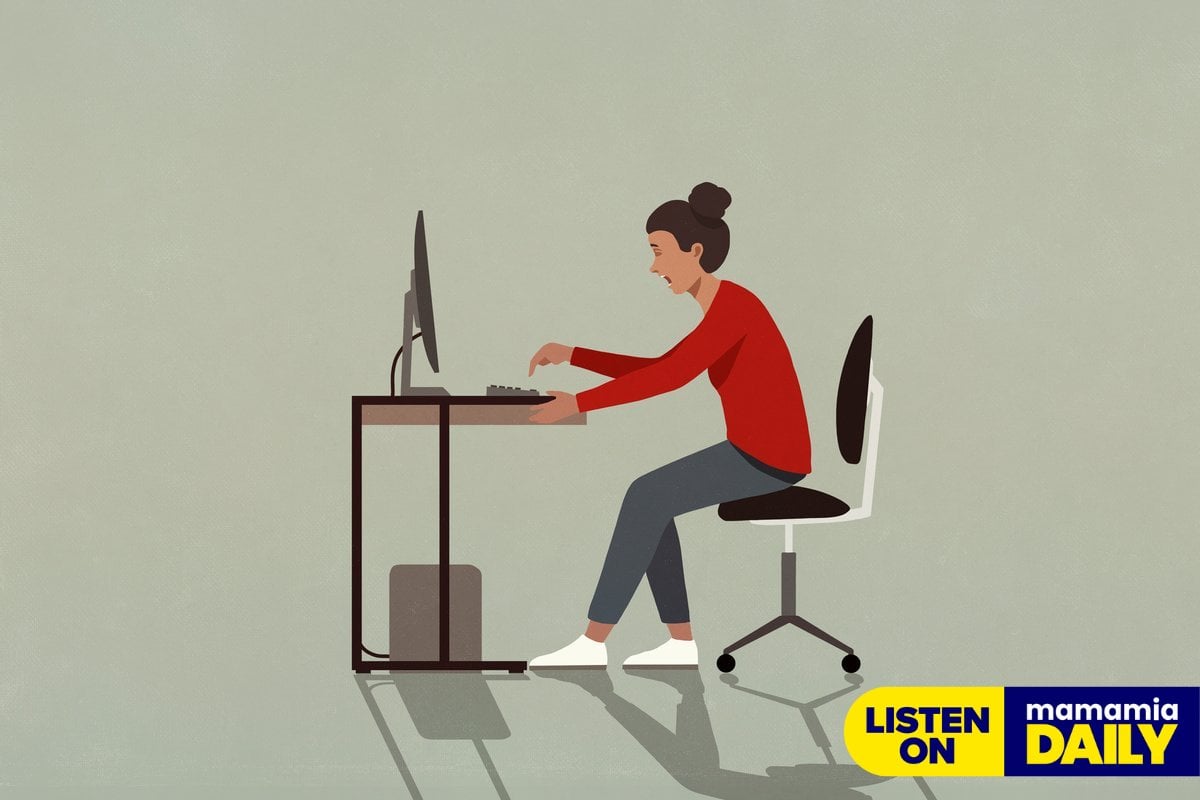 Listen to this story being read by Emma Gillman, here.

If there's one thing working from home has taught us, it's that there's some real merit in the age old saying: "Work smarter, not harder."

With flexible working arrangements becoming more and more common around the globe, time spent in front of your computer screen is becoming much less important than your typical day's work output.

While for some that has meant longer days; littered with an unending cycle of procrastination, guilt and little productivity, others have found some sneaky tricks to get things done quickly and effectively.

And you bet we've mined their brains for all the wisdom they harbour.

Side note: Check out the things successful women do every day. Post continues below.

From treating your inbox like a dryer to getting nomadic, here are five productivity hacks that will help you get through your workload quickly and easily.

Don't get us wrong, keeping up to date with your inbox can be important, but emails can also be a huge time waster in your workday, and that's why you need to start treating your inbox like a clothes dryer.

According to organisational psychologist Dr Amantha Imber, far too many people dip in and out of their inbox throughout the workday, effectively spreading their workload across hours instead of in shorter intervals.

Think: taking your clothes out of the dryer one by one, 27 times throughout the day, rather than in one go.

"Research led by Professor Elizabeth Dunn from the University of British Columbia found the people that check their email just three times a day were significantly less stressed than those who constantly dip in and out," Imber said on the 8 Minutes To Change Your (Work) Life podcast.

But checking your inbox just three times a day or "batch checking" as Imber calls it, can reduce that pesky procrastination from creeping in.

Wanna get even fancier?

Imber suggests sorting your emails by category and going through each one separately depending on your productivity level at any given time of the day.

"The first pile is 'to-do' - things that need to be actioned and don't require input from anyone else," she says.

"The second pile is 'to-do waiting'. So things that need to be done but also require waiting for someone else's input or response before they can get done.

"The final pile is a 'reading' pile, which is things that need to be read, but aren't urgent."

So when it hits Friday afternoon and your energy levels are depleted, you can spend your afternoon going through the 'reading' pile instead of trying to get stuck into the 'to-do' pile!

Developed by Francesco Cirillo in the late 1980s, the Pomodoro method is so ridiculously simple to follow that you've really got no excuses for skipping out on it.

Here’s how it works: When faced with a task, break down the work into timed intervals of 25 minute chunks separated by short breaks.

The six steps to the original Pomodoro Technique are as follows:

Looking for something less formalised?

Keryn suggests using the timer on your phone to set 'focus periods'.

"If I have a story to write, I’ll set a timer for an hour and just concentrate on that task for the whole hour," she says.

Similarly, Lily uses google calendar to get her most pressing tasks done.

"I set a diary meeting for myself in my calendar so no one can book that time, and I treat it like I would an important meeting. That means turning off Slack or any other platforms, and fully concentrating for that time."

For those of us working from home, it's about time we started taking advantage of our surroundings, as Mikayla explains.

"I got told during my final year of high school that I was a nomadic studier; so I'm more productive when I change locations throughout the day.

"I've done it ever since, particularly while working from home. I basically change locations constantly, I don't have one desk, I work all around the house and in my backyard. It's the only way I get anything done."

While we're on working from home hacks: there are a few sneaky ways to imitate that office buzz we know and miss.

"I have become addicted to listening to the Spotify 'Home Office' playlist to set the tone / transform the dining room into a workspace," Katie says.

Or, like Rose you could opt for a good old-fashioned radio experience.

"I miss the buzz and noise of an office environment so I like to listen to radio when I'm needing some background chatter. Plus it saves me from spending ages choosing music."

Other suggestions? White noise, classical music or rain and coffee shop sound effects can all work a treat.

If you haven't heard of micro-breaks yet, let us put you on something oh so good.

Micro breaks are brief gaps in your workday to be taken every 45 minutes to an hour that can last anywhere between 40 seconds and a few minutes.

According to the US journal of Applied Psychology, "People are more engaged and less fatigued when they are given the freedom to take brief impromptu micro-breaks whenever they feel the need through the day."

As Deborah Ho, host of 8 Minutes To Change Your (Work) Life says, "They improve your ability to concentrate and change the way you see tasks you have to complete."

Some things you could try in your micro-break include:

Get a few of these bad boys in throughout your day, and you'll be feeling fresh as a daisy!

C
cil.p a year ago