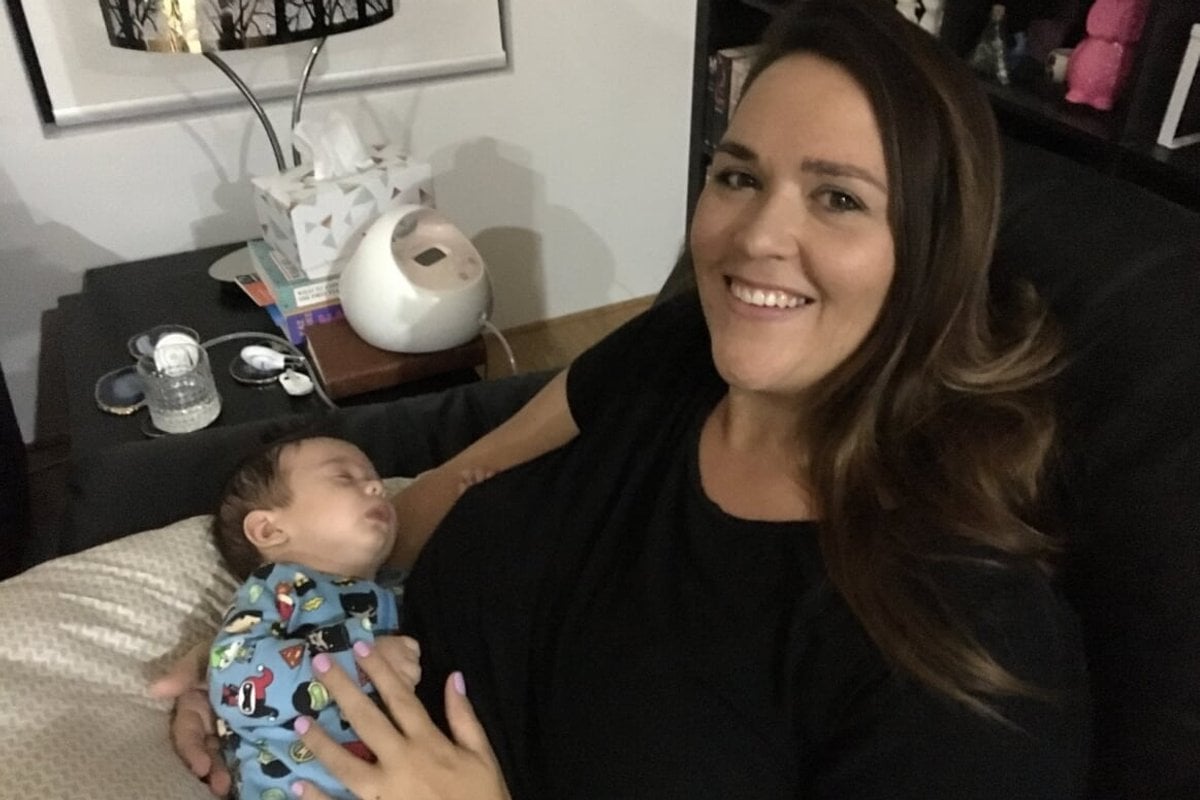 After 18 months of trying for a baby, Asten and husband Jarrod were overjoyed to fall pregnant in mid 2017.

“Numerous fertility tests had shown that nothing was wrong, but we were beginning to wonder what to do next,” Asten says.

“Once I was finally pregnant, I had the best experience ever. I did yoga and pilates throughout and even played netball until I was seven months gone!”

Her uncomplicated pregnancy meant that Asten could go ahead and book in for a water birth at her local midwife-led birthing centre.

“After a great pregnancy and attending all the classes, I felt really positive about my natural birth plan and had the oils and music playlist ready to roll.

“My due date came and went, and I was just carrying on as normal and waiting for something to happen”.

Finally, at 40 weeks and four days overdue, Asten began to experience some contractions that gradually became more intense and closer together.

“This meant I spent nearly two days at home barely eating, sleeping or drinking as I was in so much pain. I later discovered this prolonged early labour is called ‘prodromal labour’ which I had never heard of before.

“The next day we decided I needed to at least get checked out, but I was told by a midwife at the birthing centre that I was only 3cm dilated and that I should go home. To be told that I was barely dilated after all of those intense contractions was pretty frustrating.

“I felt devastated but almost as soon as we got home and my husband laid down to rest I felt something shift! He wasn’t happy, but we got back in the car and headed back.”

After days of painful contractions and complete exhaustion, Asten arrived and requested an epidural.

“I hadn’t wanted one but by this stage the pain was causing me to vomit and I’d had enough. I was transferred from the birthing centre to King Edward Memorial Hospital and the water birth plan was forgotten. My dedicated midwife stayed with me, and she used some of my clary sage oil for massage, so at least that came in handy!”

The epidural provided some further relief, which made the remaining few hours manageable. The obstetrician came to break Asten’s waters, but baby Miles still did not want to come out.

“I was completely out of it with exhaustion after 55 hours and I was hallucinating and seeing things on the ceiling. When the time came to push, I felt like the ability to push my baby out should come naturally, yet I didn’t know how to. It was the hardest thing ever.”

Just before baby Miles was born, his heart rate began to drop so Asten had an episiotomy and the team used forceps to get him out.

“I suffered with major blood loss, but I just wanted to hold my baby boy. As he had meconium poisoning though, I only had skin on skin cuddles for about 30 seconds before he was whisked away to the NICU.”

“Later when I went to visit him, he looked enormous compared with all the tiny little babies in NICU. He was 3.8kg at birth so he was a good size!” 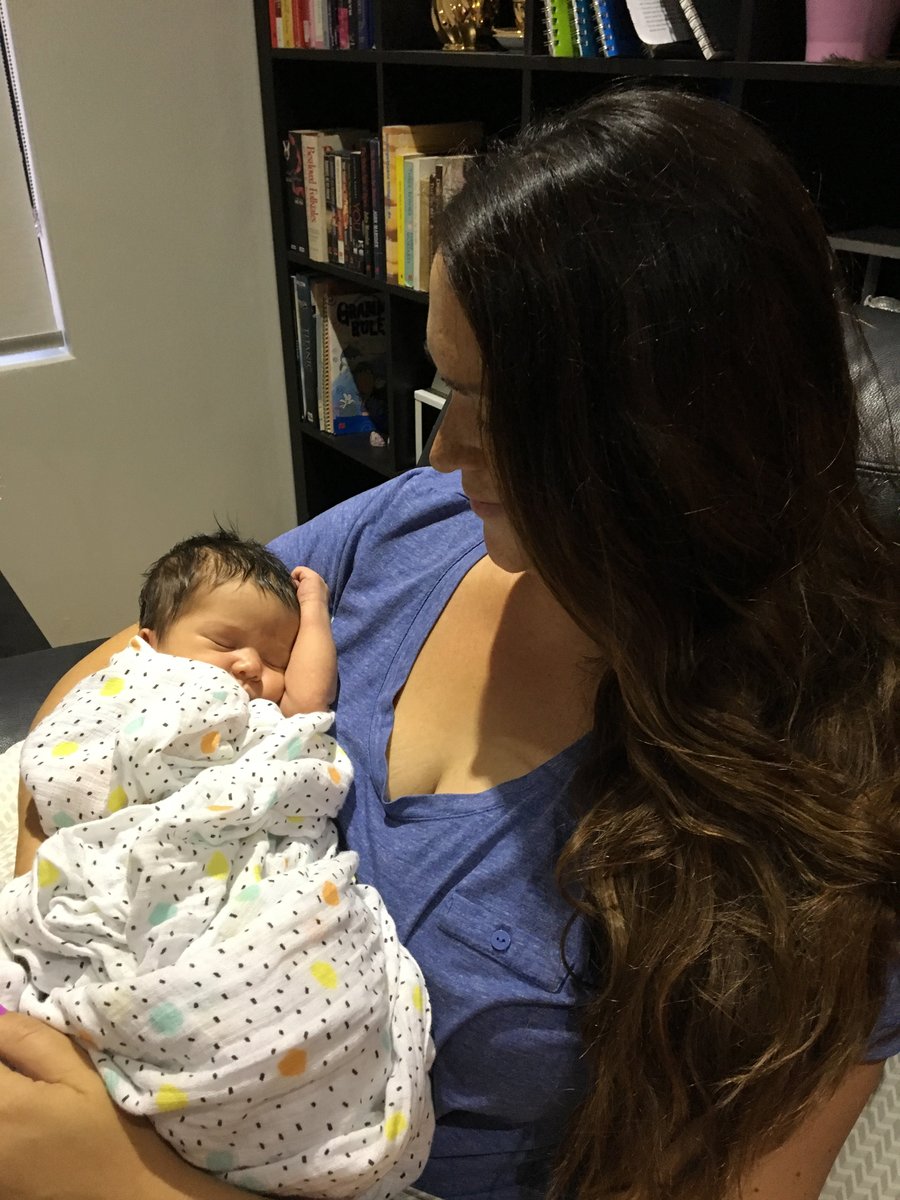 After settling into life with new baby Miles and eventually returning to work, the couple decided to try for baby number two. The second time around, the couple fell pregnant quickly.

“While I had another straightforward and nausea-free pregnancy, having a toddler to manage made it much harder. I still felt good enough to play netball until about seven months along though!

“I also hoped that this time I would get my dream water birth.”

With a second overdue baby who wasn’t keen to come out, Asten opted for an induction on the 11th day past her due date. This meant that sadly, she couldn’t have her baby at the birthing centre. It was another lengthy labour and after 36 hours, baby Quinn entered the world. 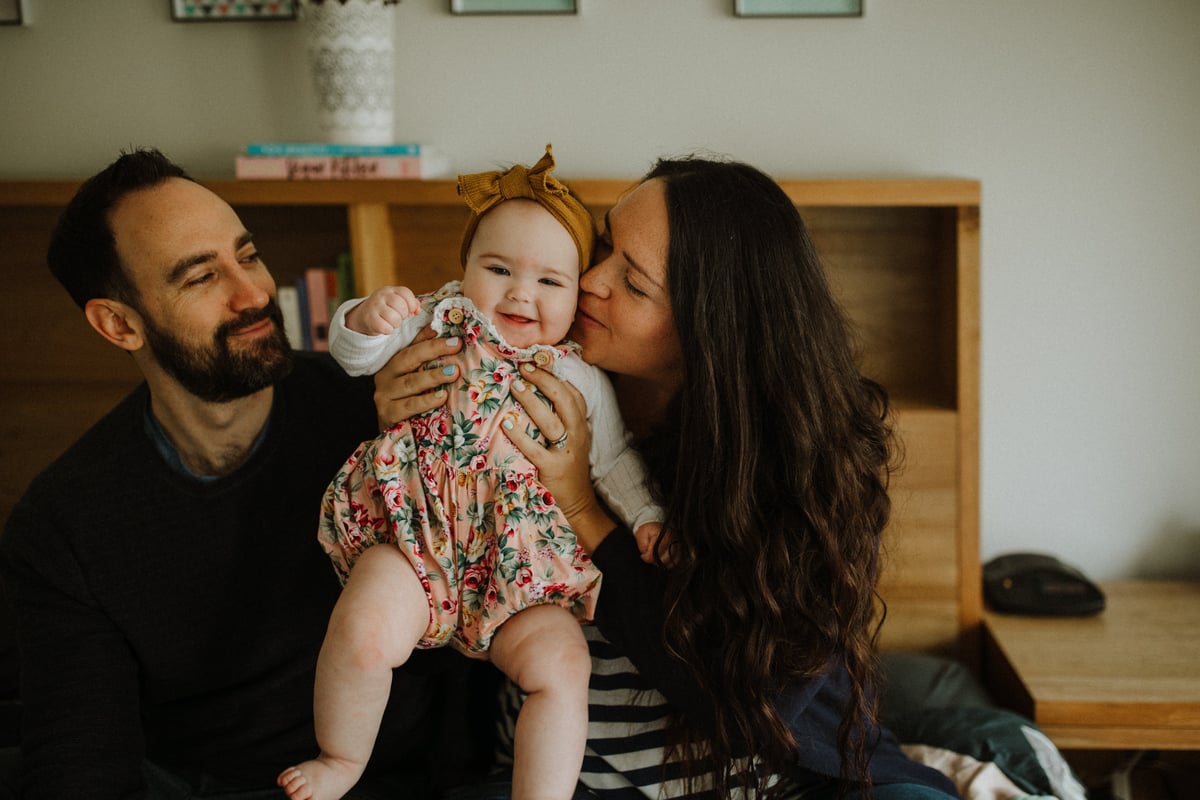 "I had an epidural but the main difference this time was feeling the 'ring of fire' burning and stretching sensation just before I had to push. I remember saying to my midwife, 'I can’t do it!' but what I really meant was that I didn’t want to do it!"

The hardest part for Asten the second time was giving birth just before lockdown.

“I felt really isolated as I wasn’t allocated a mother's group, my sister and brother were stuck on the other side of the WA border, there were no post-partum exercise classes running and I couldn’t catch up with friends for coffee dates; it was a really tough time.”

As 2020 comes to an end, Asten reflects on what it meant to become a mum.

“While I absolutely loved being pregnant, my birthing experiences were not what I wanted or expected – showing you cannot always plan these things! I do love being a mum but I am so done – having two kids is a lot harder than expected.”