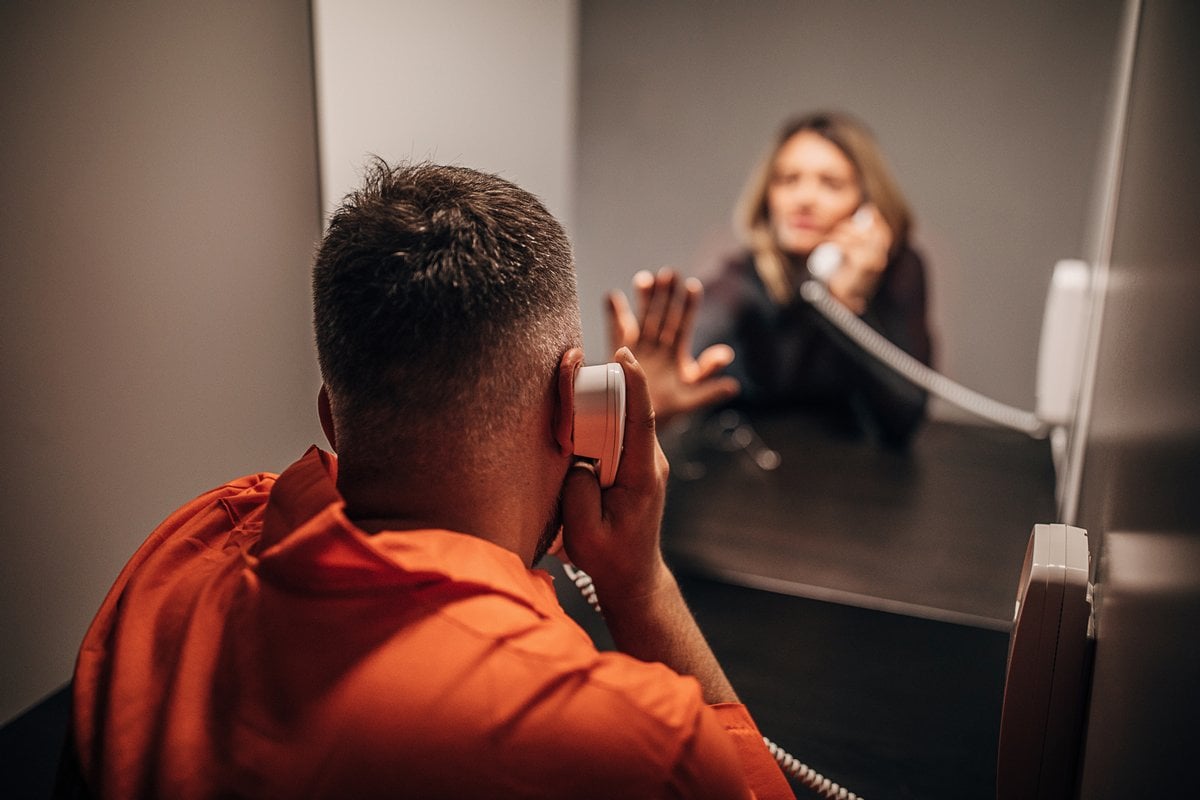 In December 2020, my husband was arrested for a crime he didn’t commit.

That fateful evening began a long and winding road of a nightmare that we’ll live with forever. When something unspeakable happens like this, denial is one of the first things you cling to. Since we knew he was innocent, we had faith the system would do its job and this would all be over before we knew it.

Nothing in the legal system is ever easy, and this case was no different.

The detectives investigating the alleged crime used dirty tactics to convince my husband he should simply confess and assured him doing so would significantly reduce any potential sentence and possibly get him probation only, rather than the much longer time he was facing if convicted by a jury.

He was repeatedly denied access to a lawyer during his interview and was never read his rights.

By April 2021, after learning the confession would stand, our attorney sat us down and gave us the options. The attorney recommended a plea bargain and knowing his odds of being found guilty at trial were high; we agreed.

My husband and I are polyamorous. We’ve dated another woman for the last year, together, and have discussed opening our relationship even further in the future. When faced with the potential of him being gone for a number of years, this was a conversation we needed to have sooner rather than later.

Would I continue dating our girlfriend while he was gone? Would I date other people? Although this conversation wasn’t an easy one to have, considering the circumstances - it’s one we knew was vital to our relationship.

Although we’ve discussed meeting other men in the future and potentially adding them to our relationship, I decided this was not something I was comfortable with, without my husband present. Being a single presenting woman, I don’t feel safe putting myself in that situation.

Our concern is safety, first and foremost. As we talked, we both realised that continuing to date our girlfriend is something I would like to do, so I will.

My husband won’t engage in new relationships in prison, but he trusts me enough to know it’s okay if I do. Whether it’s with our girlfriend, or another woman I decide to engage with romantically and/or sexually, our relationship is stable enough for that, even when he’s not here.

My husband will be away for five years.

That’s a long time for anyone to go without sexual intimacy. I’ve heard from numerous people that I’m being selfish, expecting to be able to continue having sex and potentially adding new people to our relationship, while he’s unable to do the same.

Although it’s true that I would much prefer to do this with him, knowing that he’s 100 per cent on board with me making my own decisions is key to our relationship.

I argue those who don’t understand, would also not be capable of the compassion necessary to be in a healthy polyamorous relationship.

Being polyamorous makes our situation different from most who go through a nightmare like this.

Are you interested in learning more about what is it like to be in a polyamorous relationship? Listen to Mamamia's The Quicky episode, where they found out what life is like for those in a non-monogamous relationship. Post continues after audio.

Often, when a partner is incarcerated, one of the biggest challenges they have as a couple is concern that the partner on the outside will be unable to maintain fidelity. While this isn’t an issue for us, per se, there are still rules and morals we hold together that could be broken, whether one of us is away or not.

Polyamory isn’t about having sex with anyone and everyone, and it isn’t always about sex at all.

I have intimate relationships with a number of people that have never involved sex; our intimacy is on an intellectual level. For monogamous couples, this would be viewed as emotional cheating, but as long as my husband and I both know what’s going on, it’s not a problem in our relationship.

It’s also a great way for him to maintain some form of intimacy while he’s away from us. Although not ideal, being able to remain connected to me and our girlfriend through letter writing and phone calls helps. He also has one close friend he writes to regularly that’s a platonic relationship, but with emotional ties.

This isn’t close to the relationship we expected we would ever have. It’s really not something you think about until it happens. I’m thankful we had the time together, with the knowledge we would be apart soon, where we could have these difficult conversations ahead of time.

But most of all, I’m thankful I’m married to a man who knows how much he means to me and doesn’t allow jealousy to fit in the picture.