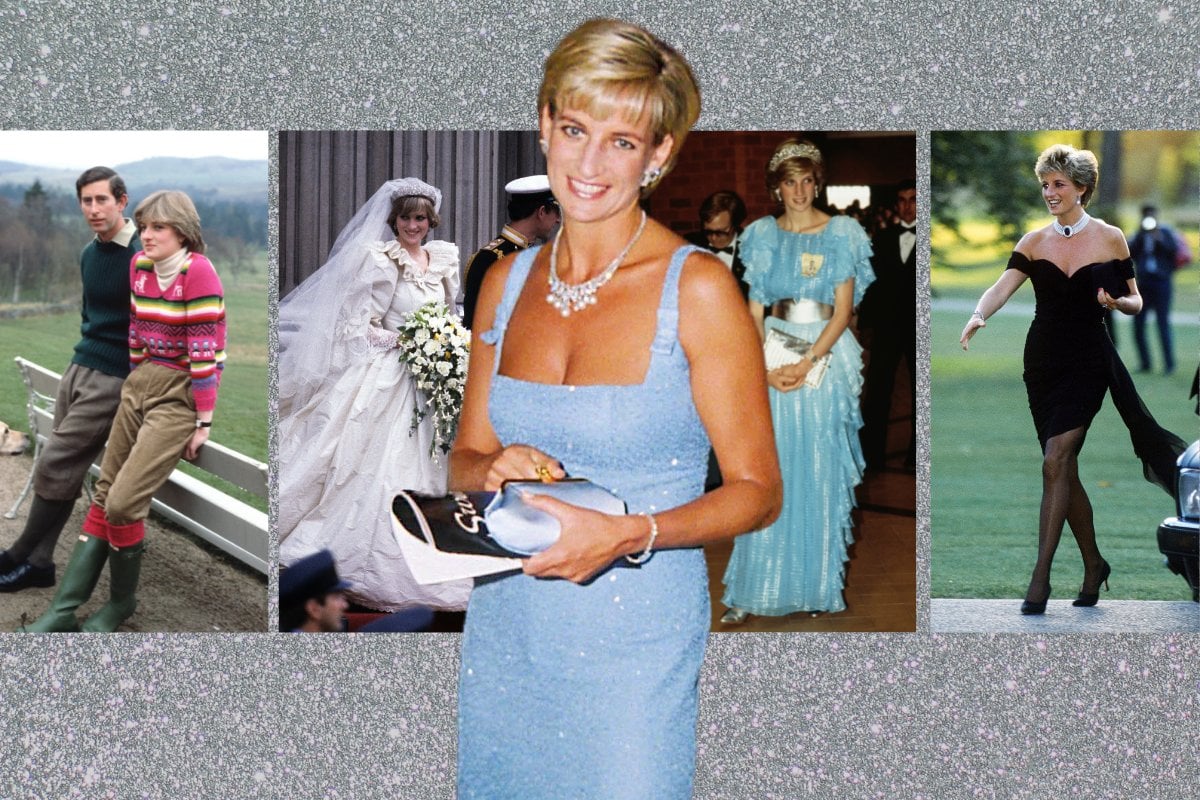 Though her legacy extends far beyond fashion, Princess Diana will always be remembered for her impeccable sense of style.

The people's princess reinvented royal dressing and broke rules that hadn't been broken before, paving the way for modern royals like Kate Middleton and Meghan Markle.

Princess Diana's outfits were nothing short of iconic, with her most memorable looks still serving as inspiration today.

With the renewed interest in Princess Diana's life and impact with the film Spencer on its way, starring Kristen Stewart in the leading role, and The Crown returning in 2022, we're remembering her legacy through some of her best style moments and the impression they continue to leave on us.

Starting at the beginning, everyone will remember this iconic power dressing moment.

Lady Diana Spencer wore a royal blue blouse and skirt for the announcement of her engagement to Prince Charles, that she plucked off the racks at Harrods at the last minute. 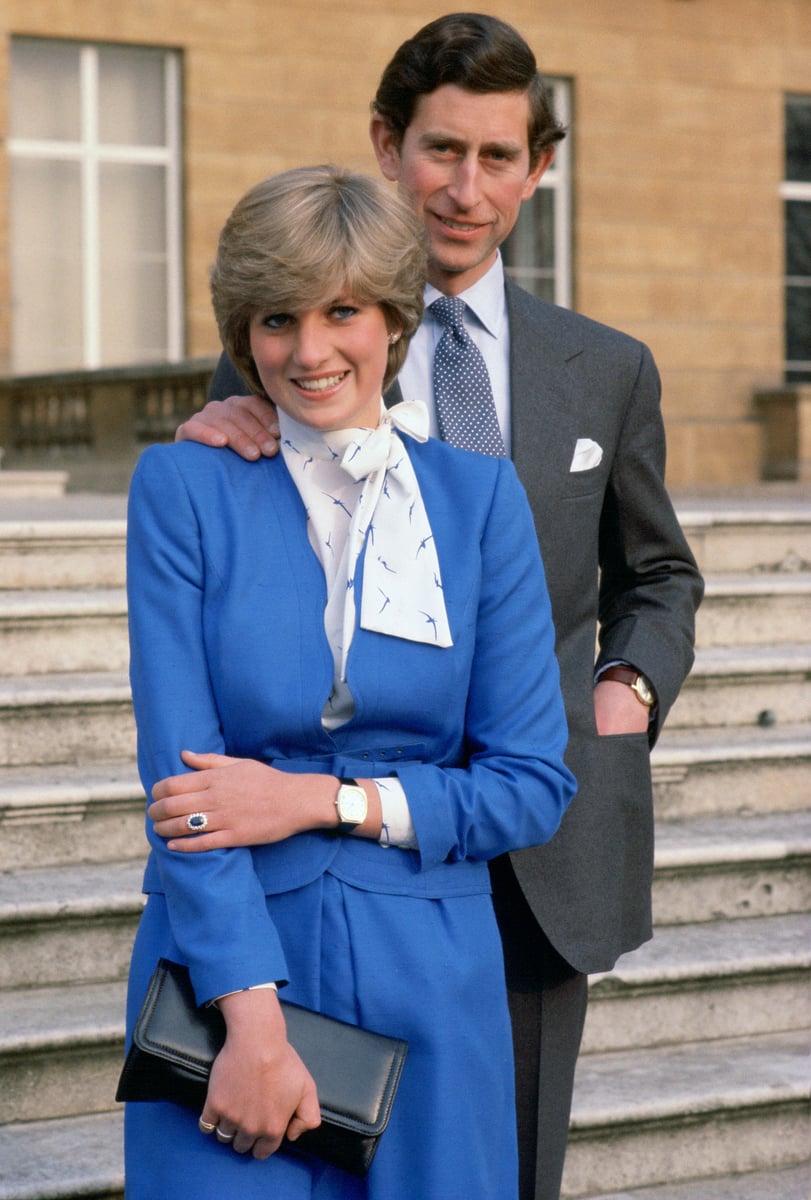 The engaged couple posing for a photo at Balmoral, with Diana wearing a colourful jumper, corduroy pants, and Hunter wellies. 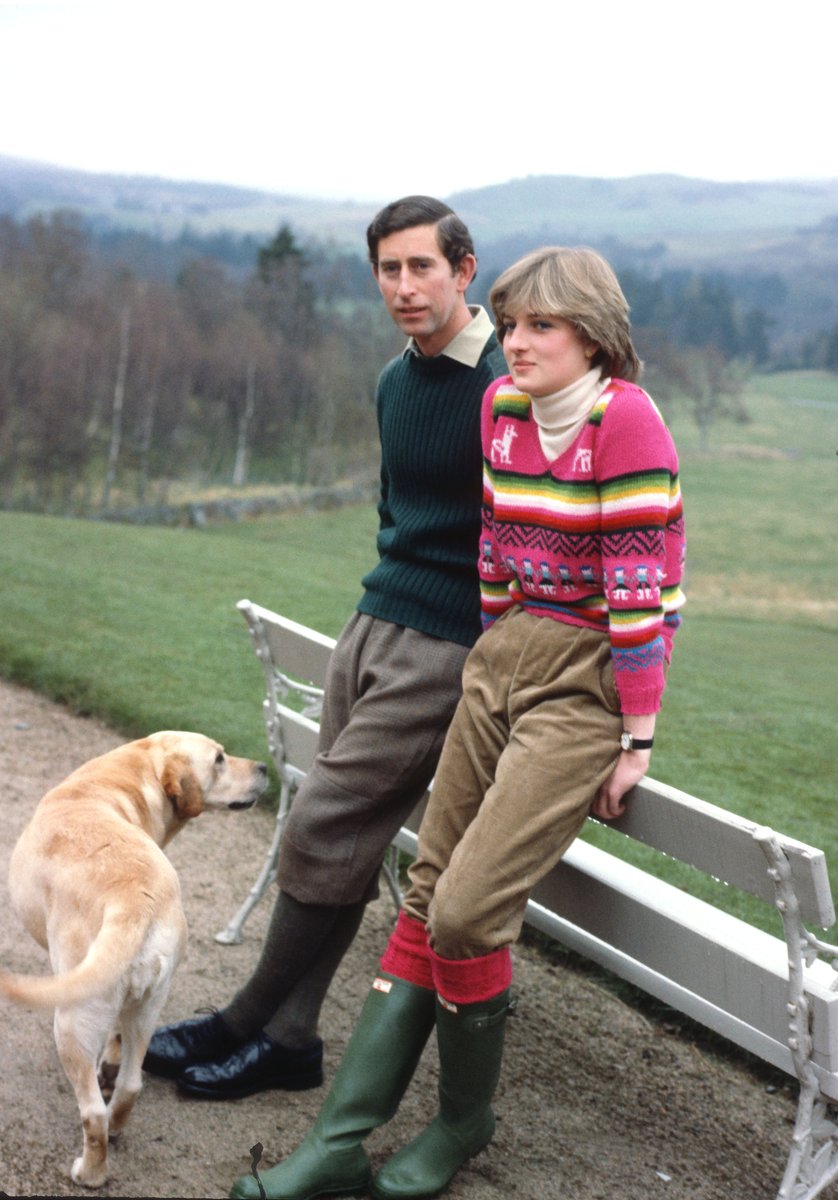 The wedding dress that inspired millions. Lady Diana Spencer wore a David and Elizabeth Emanuel gown complete with copious amounts of taffeta, 10,000 pearls, and a 25-foot train on her wedding day at St Paul's Cathedral. 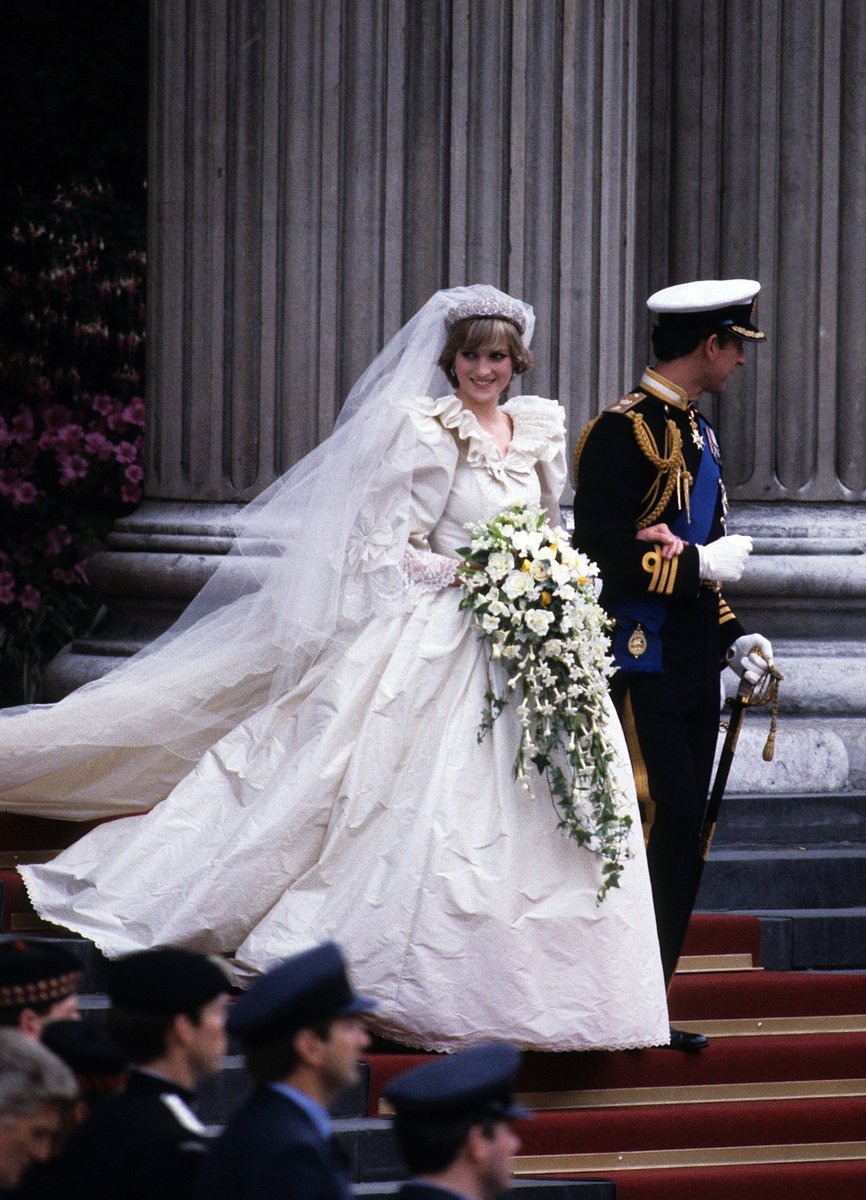 Fully embracing the title of Princess, Diana wore a Bellville Sassoon sheer purple dress and pearl choker at the Victoria and Albert Museum. 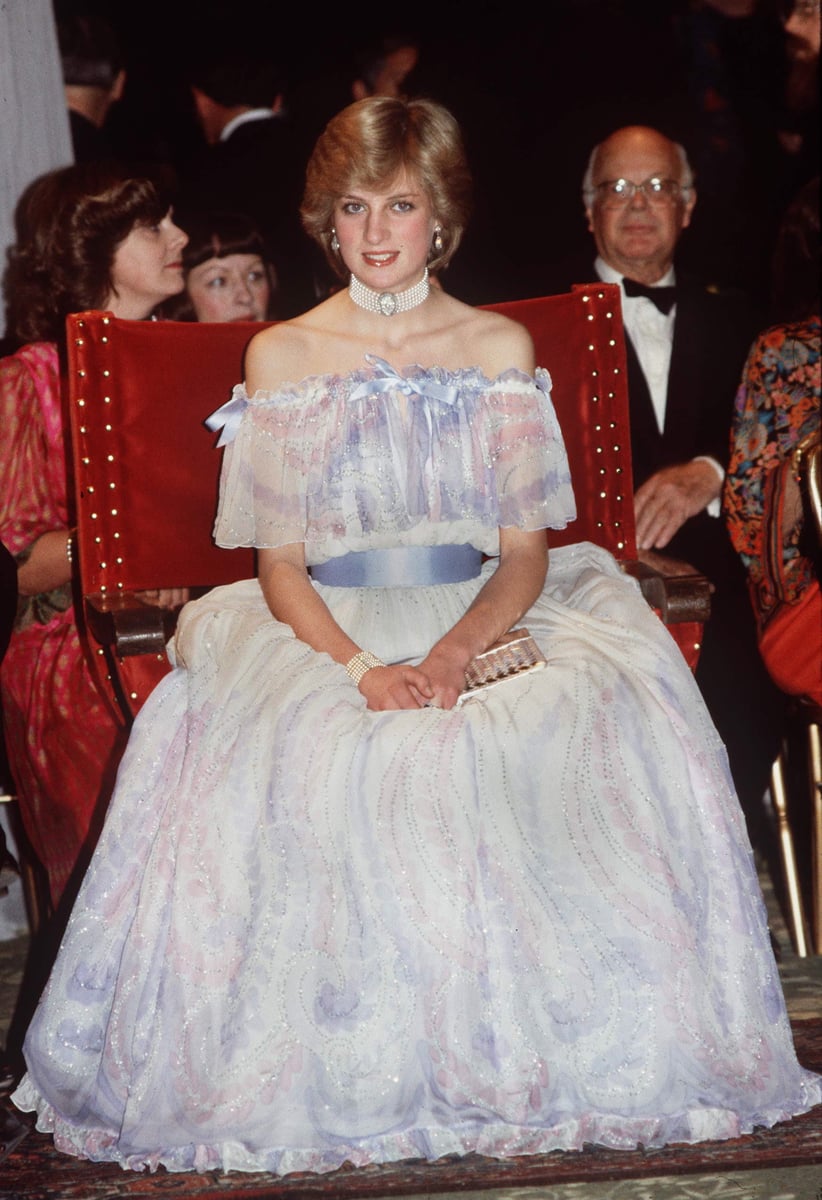 Diana often wore a matching hat with her outfits; that was until she ditched them altogether after she realised, "you can’t cuddle a child in a hat".

Here she wore a pink dress covered in daisies and matching hat at the christening of Prince William. 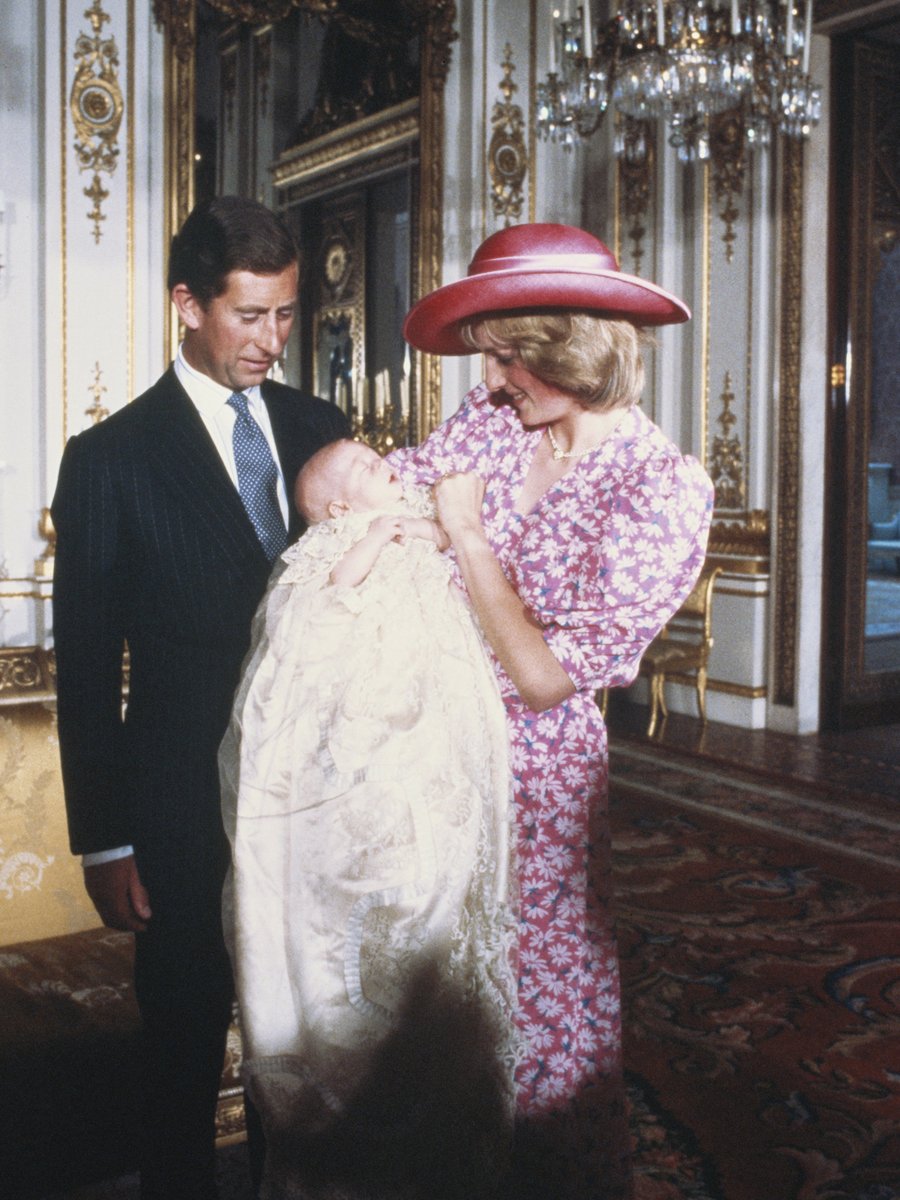 The dress many of us will recognise from The Crown - Princess Diana wore this glittering red and gold frock while attending a ballet at the Royal Opera House in Covent Garden. 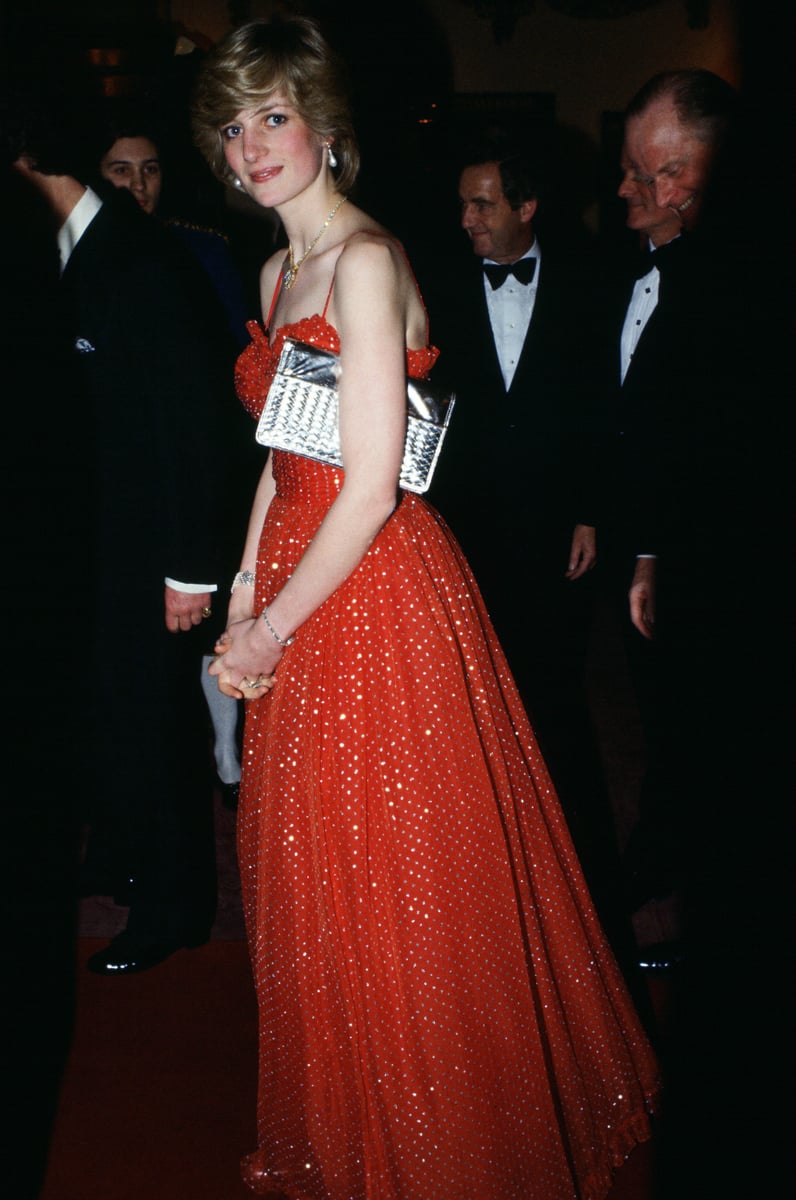 So very '80s. The people's princess attending a dinner in a Bruce Oldfield dress, silver belt and the Spencer tiara, which was one of her favourites. 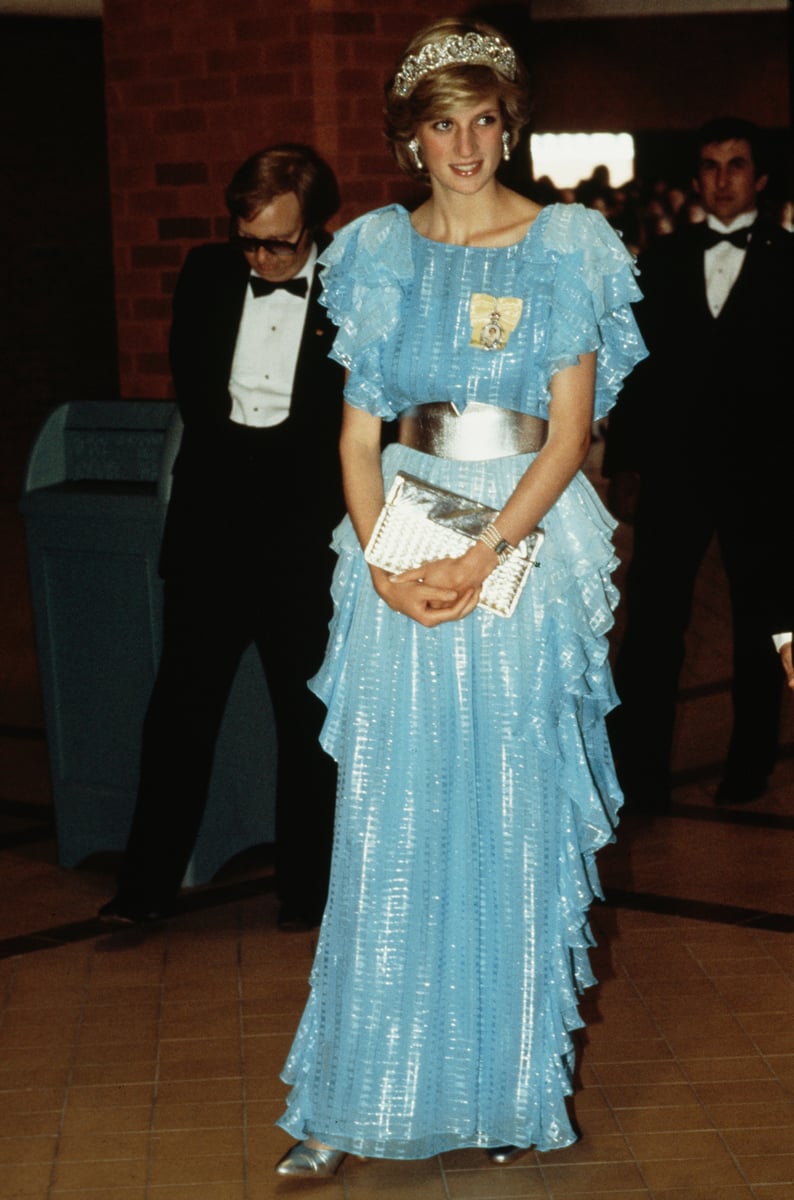 Diana's maternity style was the perfect balance of comfortable and stylish, with the Princess often wearing loose-fitting dresses out during the day and to events.

Here she wears a pale blue gown by one of her favourite designers, Catherine Walker, while attending the film premiere of Indiana Jones And The Temple of Doom, just weeks before giving birth to Prince Harry. 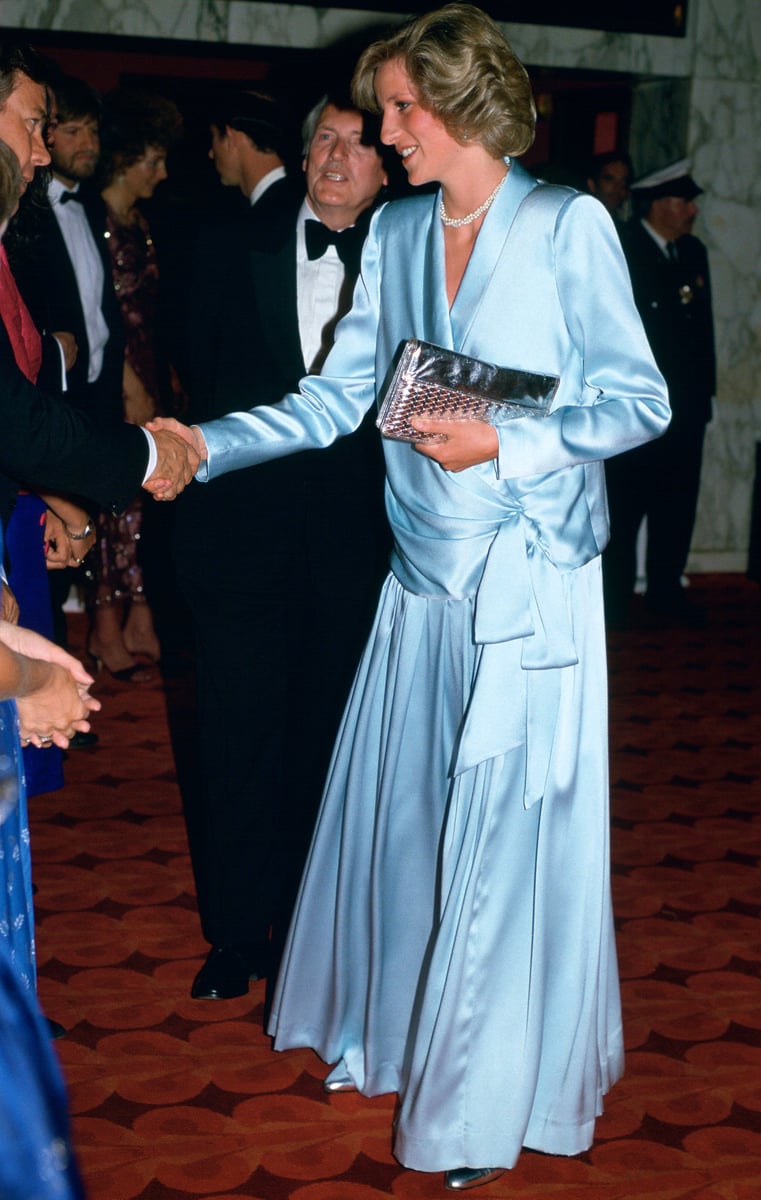 When presenting her second-born son, Prince Harry, to the public, Princess Diana wore a red collared dress and coat - an outfit the Duchess of Cambridge paid homage to when leaving the hospital with her and Prince William's third child, Prince Louis. 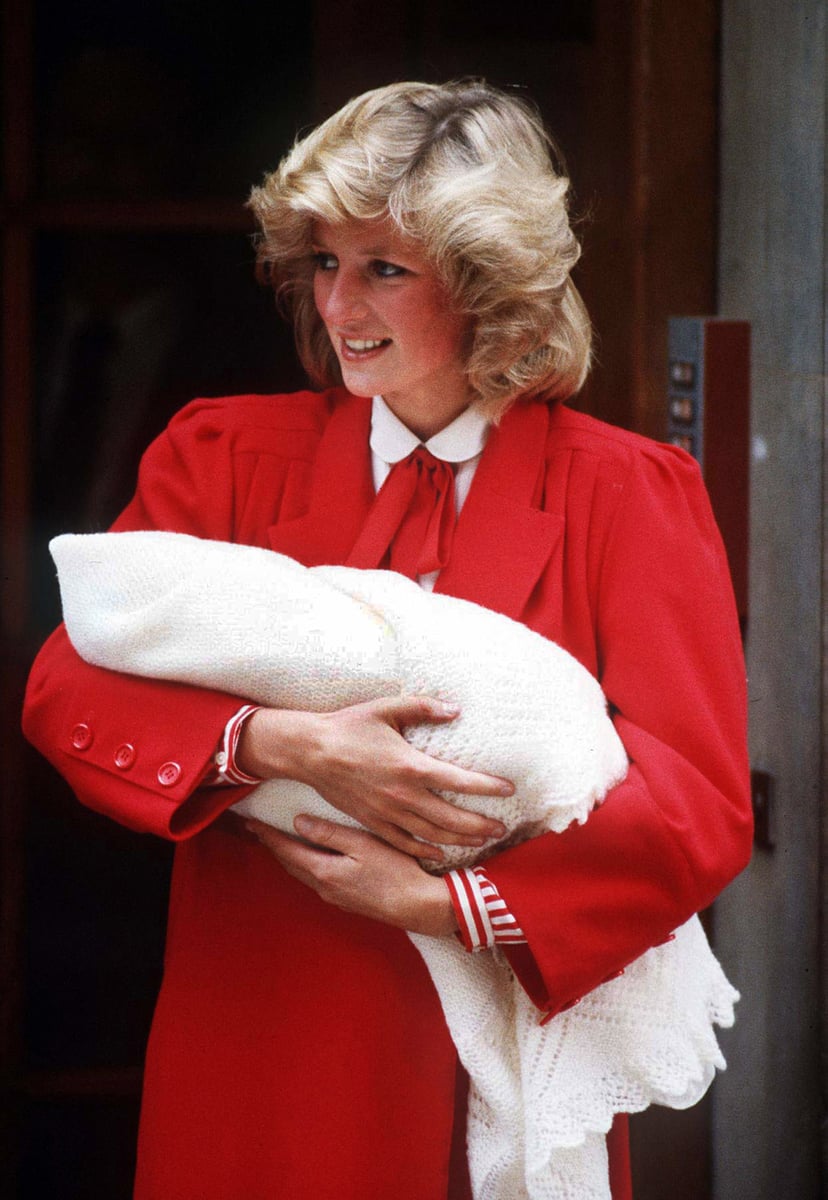 While wearing gloves was one of the royal rules Princess Diana broke (she preferred physical contact when greeting people), she made an exception for a ball hosted by Ronald and Nancy Reagan at the White House. 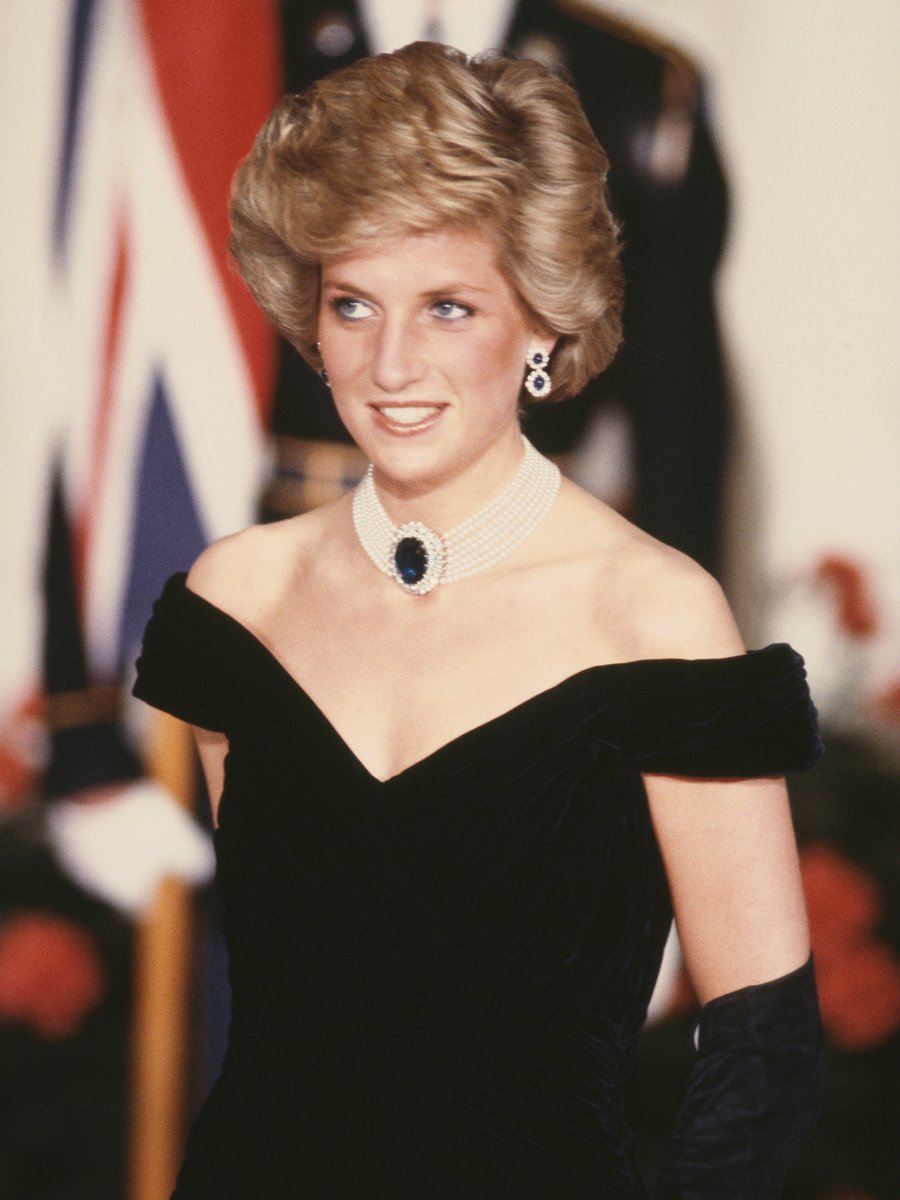 During a trip to Japan, Diana wore a satin blue evening dress designed by Yuki Torimaru.

She added a personal touch with a diamond and sapphire headband and earrings, made from jewels which she had reset, converting the watch to a choker she wore on her head. 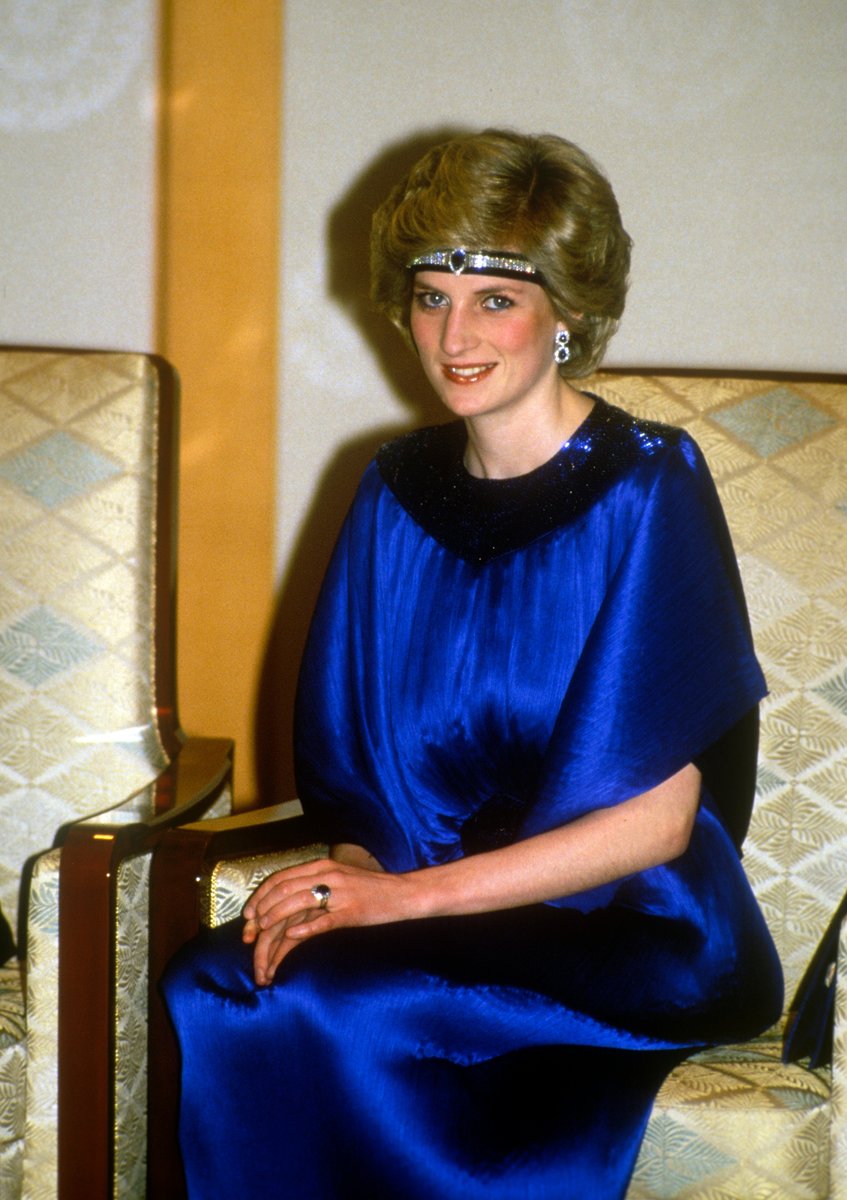 While being photographed at her home in Highgrove House, Diana wore a pair of cropped pink gingham pants, a hot pink jumper, and white moccasins - a look that wouldn't be out of place today. 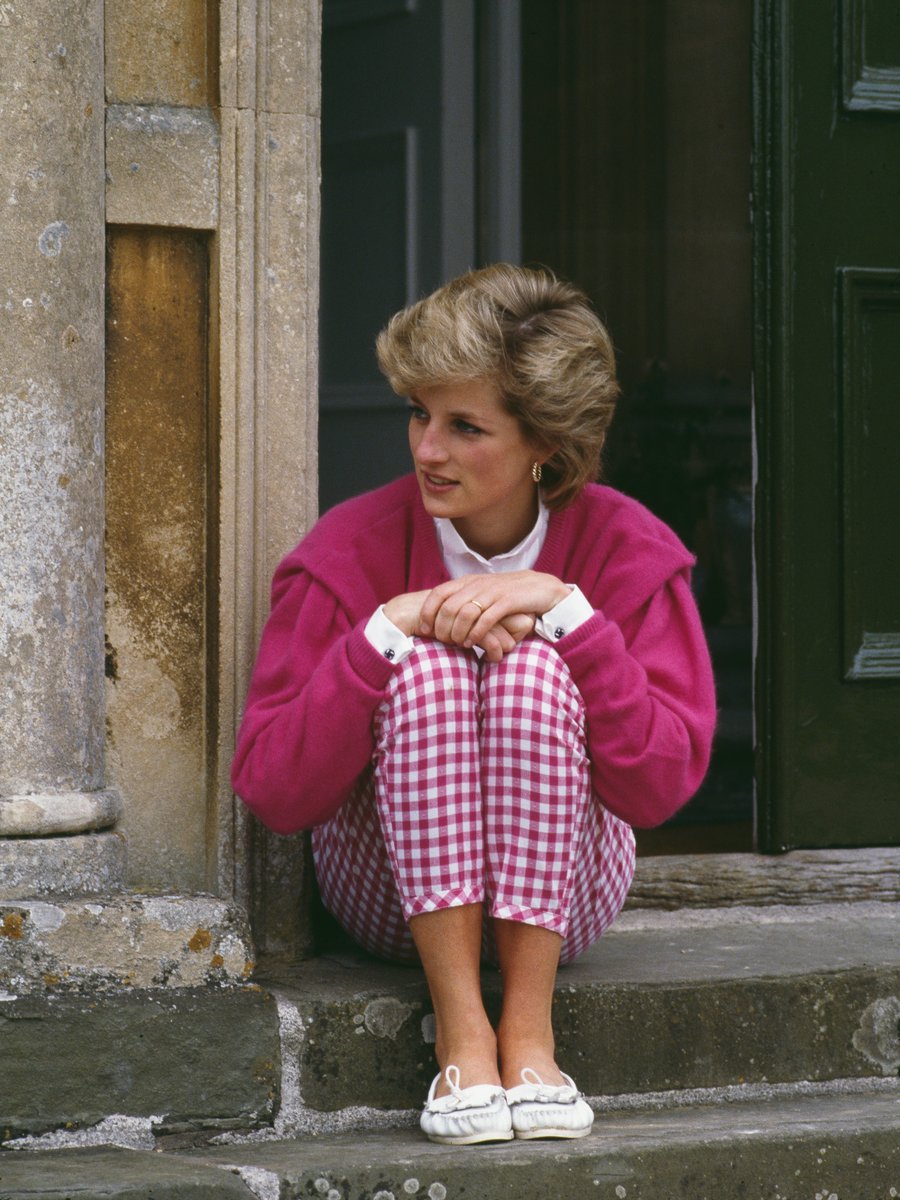 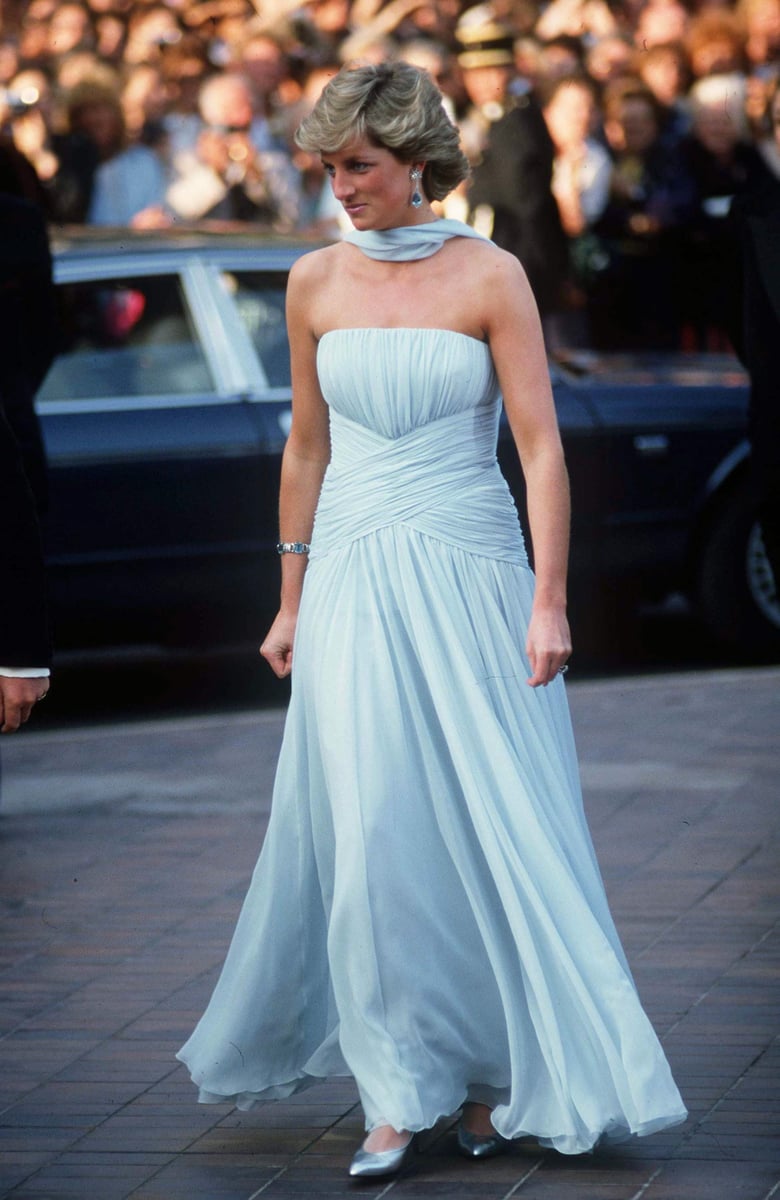 In 1994, Diana attended Vanity Fair’s annual fundraising event, wearing what would become one of her most famous looks: the "revenge dress".

The same night she wore the black, skin-tight, off-the-shoulder gown by Greek designer Christina Stambolian, Prince Charles publicly admitted that he had an affair with his former girlfriend, Camilla Parker Bowles, during his marriage to Diana.

Read more: “She wanted to look a million dollars, and she did.” The story behind Princess Diana's revenge dress. 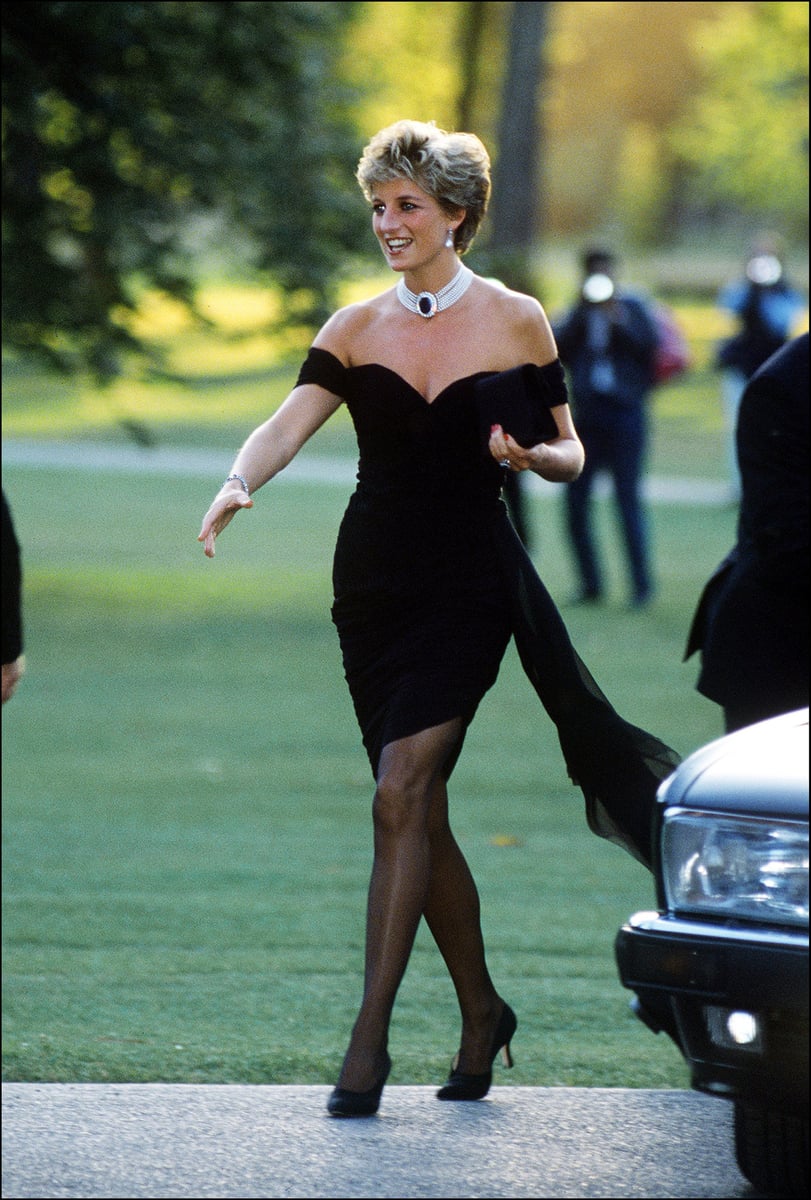 At the 1996 Met Gala, held in honour of Christian Dior himself, Diana paid homage to the designer by opting for this Dior dress, cape and the same necklace she wore above. 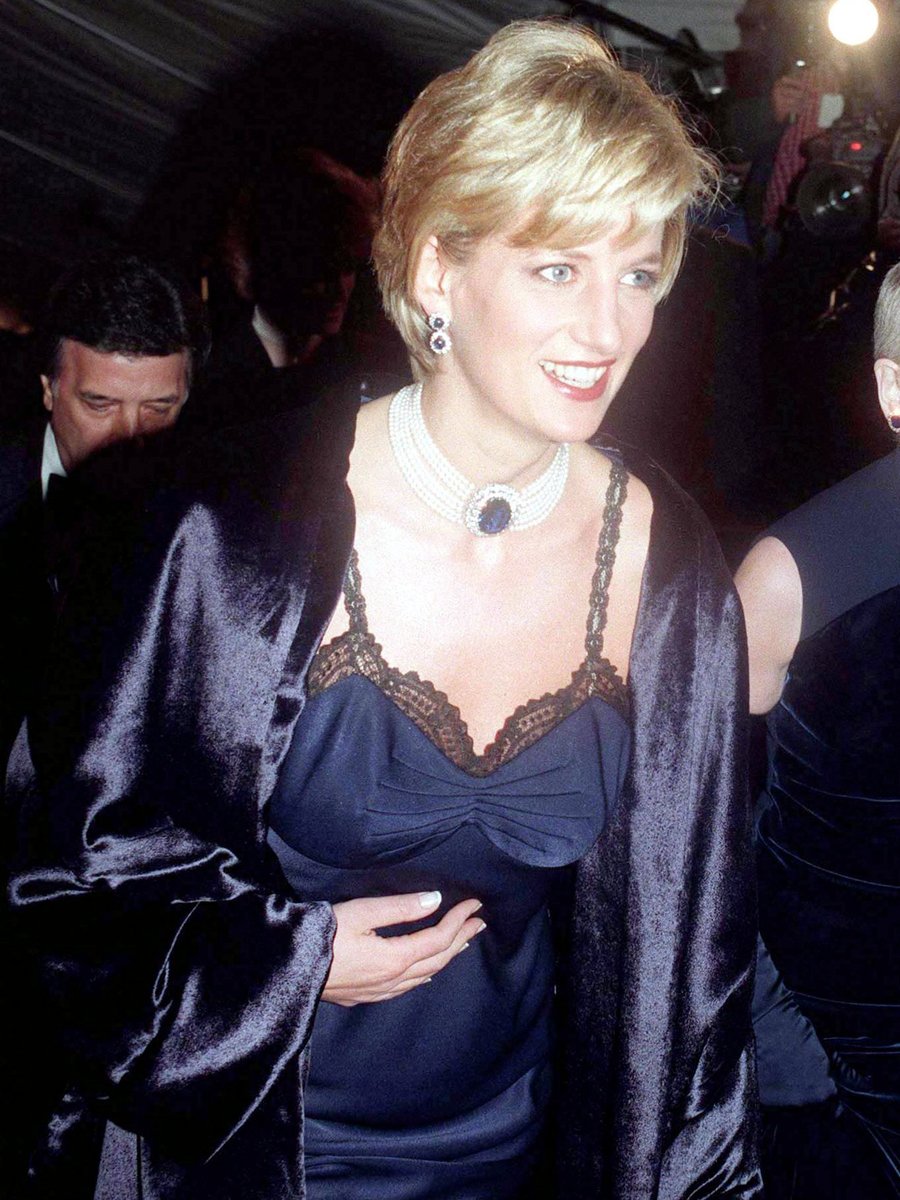 During one of her last public appearances before her tragic death in 1997, Diana attended a performance of Swan Lake at the Royal Albert Hall.

She wore a sparkly blue shift dress with a pearl and diamond necklace that has since been nicknamed the "Swan Lake Suite Necklace", and sold for approximately 10 million pounds in 2017. 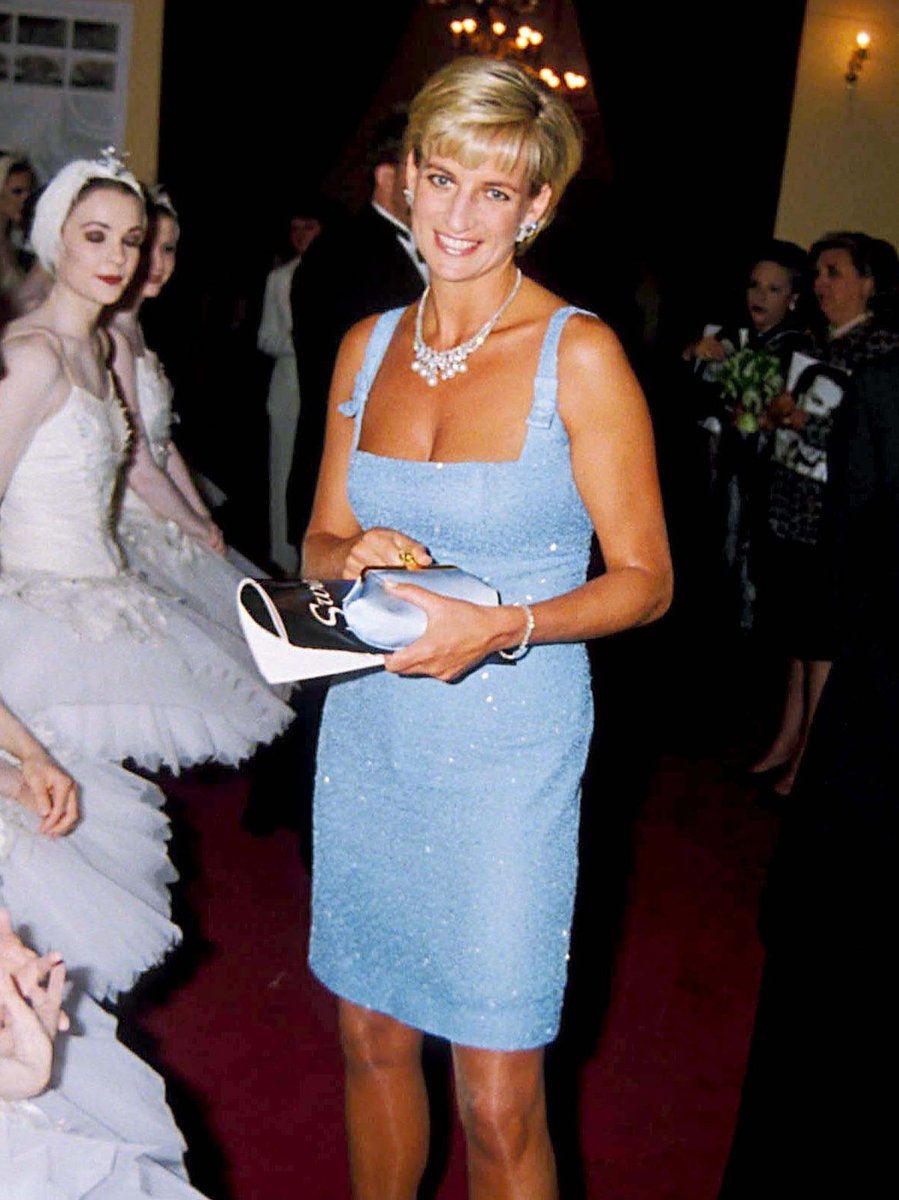