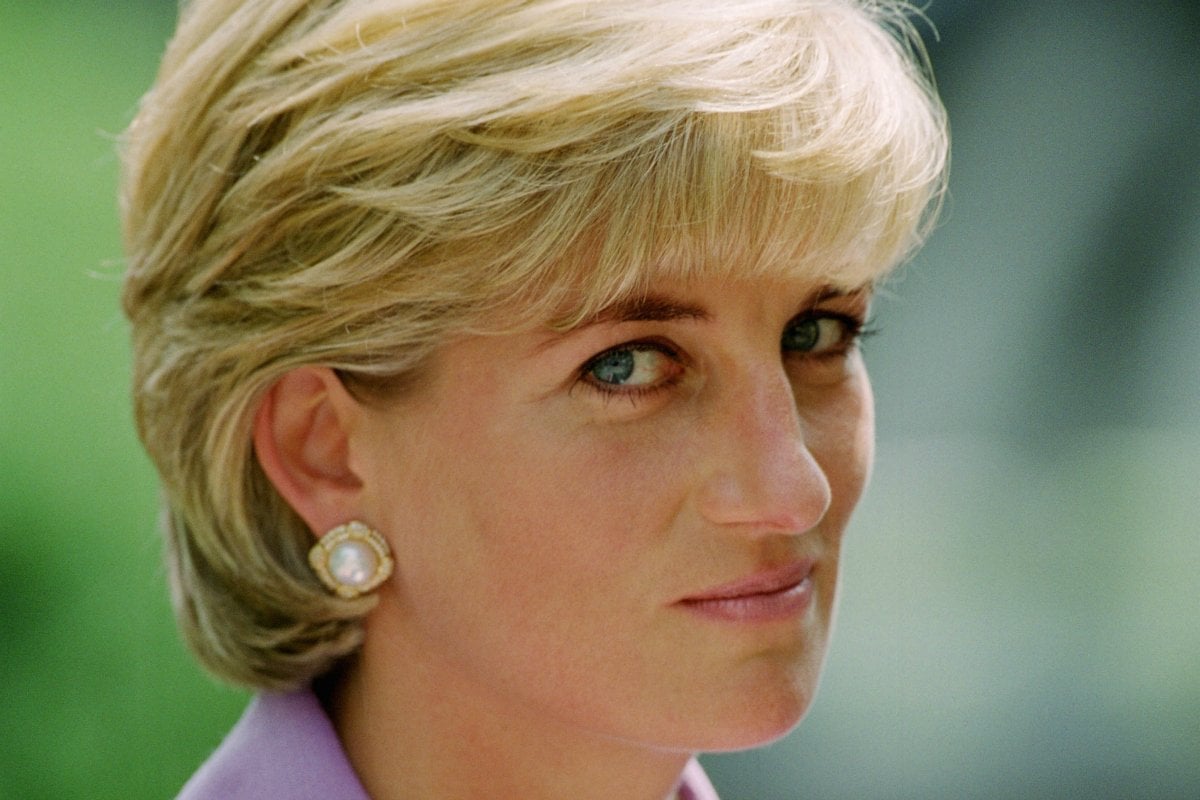 When Earl Spencer stepped off the pulpit at Westminster Abbey after eulogising his sister, Diana, Princess of Wales, there was a moment of silence. Then came a surprising sound: applause.

And not just a smattering of polite claps either; enthusiastic, resonant, full-hearted applause.

"I've never heard that before," the broadcast commentator said, "for a tribute."

Watch: When a journalist asked Meghan, Duchess of Sussex, a rare question: "Are you ok?"

Earl Spencer's speech at the princess' 1997 funeral spoke to her singular appeal, but it also spoke truth to the devastating power of the tabloid press and the "anguish" and "tearful despair" caused by their pursuit of her. Throughout her marriage, her 1992 separation, her single life, and into the Paris tunnel where she died in a car crash.

"She talked endlessly of getting away from England, mainly because of the treatment that she received at the hands of the newspapers. I don't think she ever understood why her genuinely good intentions were sneered at by the media, why there appeared to be a permanent quest on their behalf to bring her down. It is baffling," he said.

"It is a point to remember that of all the ironies about Diana, perhaps the greatest was this: a girl given the name of the ancient goddess of hunting was, in the end, the most hunted person of the modern age."

Countless words have been written and spoken about that hunt and the lessons that ought to be learned from it. But it seems they've been ignored.

Because here we are more than two decades later, and another princess with 'genuinely good intentions' is in the crosshairs.

A new generation; a new target.

In January 2020, Meghan, Duchess of Sussex, and her husband Prince Harry — Princess Diana's youngest son — famously fled to North America with their son, Archie, cutting themselves off from the royal purse in exchange for 'space' and the chance to establish a life on their own terms.

Theirs is the kind of existence that Earl Spencer told mourners his sister would want for her boys: one in which "their souls are not simply immersed by duty and tradition, but can sing openly as you planned".

It's the kind of existence that meant the duchess was free to pen an article for The New York Times in November about experiencing a miscarriage.

Yet her good intentions of finding shared experience in what has been a divisive period — physically, socially and politically — were twisted and torn apart. Social media commentary was thick with accusations of attention-seeking, opportunism and hypocrisy.

Not all grief needs to be made public knowledge!! I thought they wanted privacy, yet here they are inviting the world into what should be a private matter. Many mums lose, they dont invite the media in to announce

I don’t understand.... someone who is so determined to have privacy writes an article like this. Whilst it’s good to highlight the loss of miscarriage (been there myself) you can’t have it both ways. Surely she must realise the scrutiny this will bring

It’s difficult to see how emblazoning a deeply personal tragedy is in line with their claims to need privacy. Is there nothing that cannot be exploited to keep them in the spotlight under the thinnest veneer of saccharine support for others who have lost a baby?

The reaction is, certainly, a product of the stigma surrounding pregnancy loss. But the criticism of this particular attempt to dismantle it is also the product of a four-year tabloid pursuit of the duchess.

She is a woman who, like Princess Diana, challenged expectations and traditions of her position. But in her case, the most fundamental of those challenges are inherent: she's a Woman of Colour, an American, an actor, divorced.

Prejudices and stereotypes close at hand, the tabloids honed in.

Resignations among Kensington Palace staff were twisted as evidence of the duchess' 'demanding', 'difficult' temperament.
The way in which she cradled her pregnant belly was criticised as "virtue signalling".
Her bare shoulder, unstockinged leg or visible knee as "vulgar" and deliberately defiant.
One tabloid even tied her consumption of avocado on toast to human rights abuses in Mexico.
And another pointed to the parallel timelines of her marriage and her husband's thinning hair.

Then of course, there are the inevitable comparisons with her sister-in-law, Catherine, Duchess of Cambridge, followed by unsubstantiated rumours of tension between them. Kate versus Meghan, headlines and tabloid programs shouted. Quick, folks; pick up a copy and pick a side.

And clearly, many did.

The duchess is doing her best to defend herself against this profit-driven quest.

A lawsuit is currently pending against select British tabloids over publication of a private letter she wrote to her father. The letter, Prince Harry wrote in a statement in October 2019, was "published unlawfully in an intentionally destructive manner" that included "strategically omitting select paragraphs, specific sentences, and even singular words to mask the lies [the media company] had perpetuated for over a year".

But while her most effective defence — getting away from England, as Princess Diana longed to — may have helped shelter her from the cameras and palace gossip, she is clearly still vulnerable in social media and comments sections.

And so the hunt, the quest to bring another woman down, continues. Only the people raising the weapons are no longer just ones with something to gain.

Reply
Upvote
Diana had 2 sons. William and his wife were slated in Finding Freedom (the book Meghan contributed to) but they haven’t held a pity party. Let’s see what is shared about the royal family in their Netflix documentary. Diana wouldn’t like to see her beloved sons at odds or the institution of royalty attacked as she wanted William to be King (Panorama Interview).
G
guest2 a year ago

Reply
Upvote
2 upvotes
I don't think Meghan's lawsuit against a British newspaper is going all that  well for her.   When you court the media as many Royals do, Harry and Meghan included, there is bound to be a flurry of comments on social media, both good and bad.   Isn't that the point of social media?   As for Diana, her brother is a hypocrite and a rather nasty piece of work.    When she asked to stay at Althorp over the summer for some peace and quiet with her children, he refused, telling her didn't want the media attention.   Diana herself, was a masterful manipulator of the media, leaking stories about Fergie and herself and would often meet with journalist , Richard Kaye and who could forget the infamous Panorama interview?   That said, when Charles and Diana divorced, it was a great loss for the Royal Family eve if they didn't think so.
News
General
Opinion
True Crime
Politics
Sport
Explainer
Entertainment
Celebrity
Reality TV
Movies
TV
Books
Rogue
Royal
Lifestyle
Beauty
Fashion
Weddings
Home
Wellness
Health
Fitness
Travel
Food
Parents
Before The Bump
Pregnancy
Baby
Kids
Teens
School
Parent Opinion
Work & Money
Money
Finance
Career
Lady Startup
Relationships
Sex
Dating
Separation
Friendship
Family
Real Life
Couples