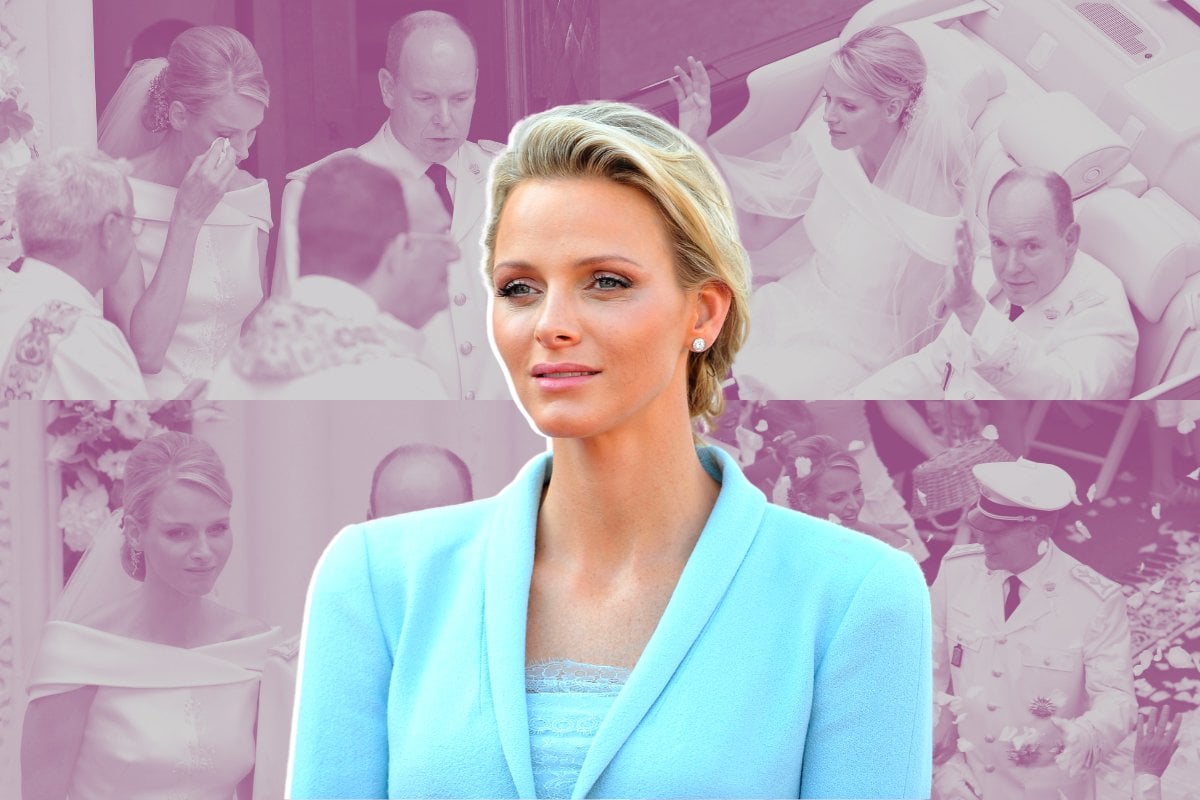 Much is known of the British Royal Family.

Their dramas and scandals and feuds are front page tabloid fodder, the world over.

But in Monaco, a tiny microstate on the French Riviera known for its Grand Prix and huge wealth, lives a less renowned but equally interesting royal family.

Watch: What actually happens at a royal Christmas? Post continues below video.

Currently headed by Prince Albert II, the son of Prince Rainier III and Princess Grace Kelly, the Monaco royal family is one of the richest in the world. Albert has a net worth estimated at $1 billion.

He is married to Princess Charlene of Monaco in has long looked like a picture-perfect marriage. Together, they share two children.

But for six months, the couple have been separated in different nations, showing cracks in a relationship which has long been an interesting ride, featuring illegitimate children, family rifts and - almost - a runaway bride.

Princess Charlene was born in Rhodesia (modern-day Zimbabwe), before moving to South Africa at 11 years old.

With a former competitive diver and swimming coach as her mother, Charlene soon also excelled in the pool.

She represented South Africa at the 1998 and 2002 Commonwealth Games, winning a silver medal in the 4x100 metre medley relay in the latter competition. 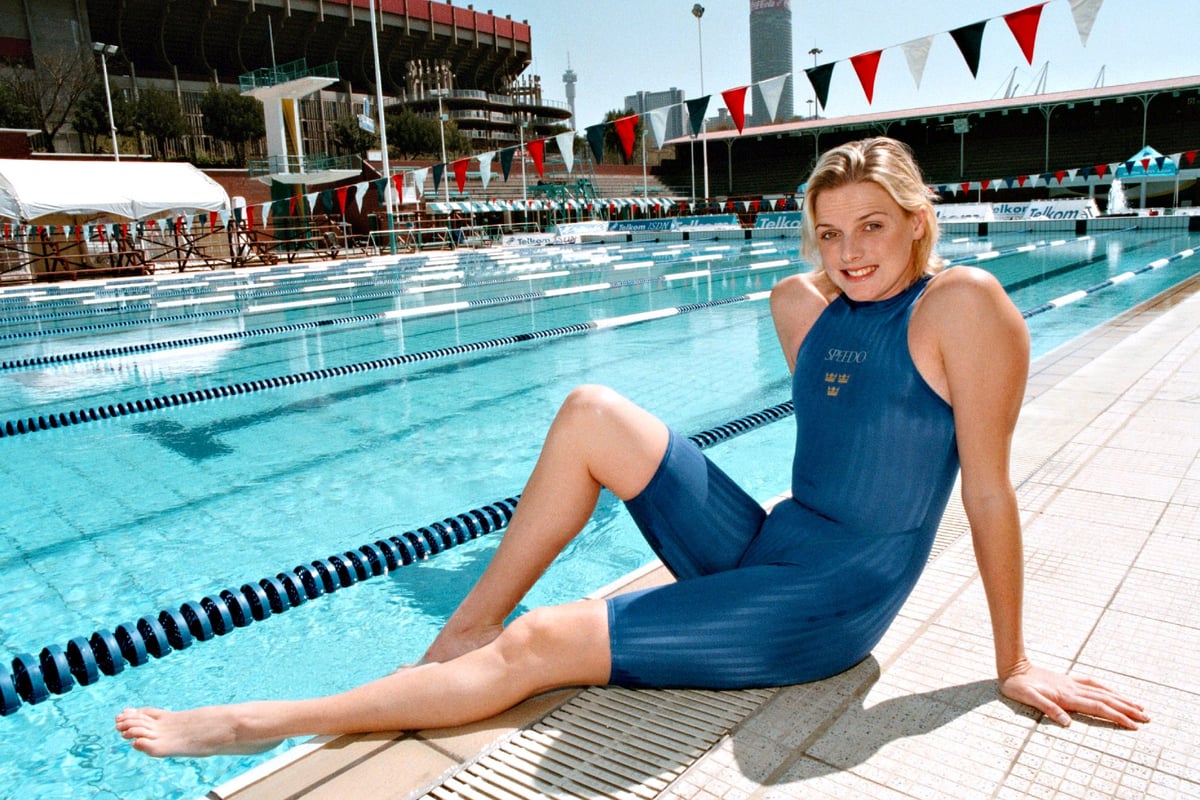 In 2000, she was a member of the South African women's 4x100m medley team at the 2000 Sydney Summer Olympics, which finished fifth.

She first met Albert II, Prince of Monaco, that same year at a swimming meet in Monaco. She was 22 at the time, and he is 20 years her senior.

By this point, Albert was already known as the 'Playboy prince'. He'd dated Janice Dickinson and Dynasty actress Catherine Oxenberg, and had been linked to Claudia Schiffer, Brooke Shields and many others.

According to Hello Monaco, the pair hit it off. They had sporting careers in common: Albert enjoyed playing many sports, and competed in the bobsleigh at five consecutive Winter Olympics for Monaco.

But it took six years for Albert to convince Charlene to move to the microstate.

In 2005, he succeeded his father as Sovereign Prince of Monaco and the following year he and Charlene made their relationship public at the Turin Winter Olympics. 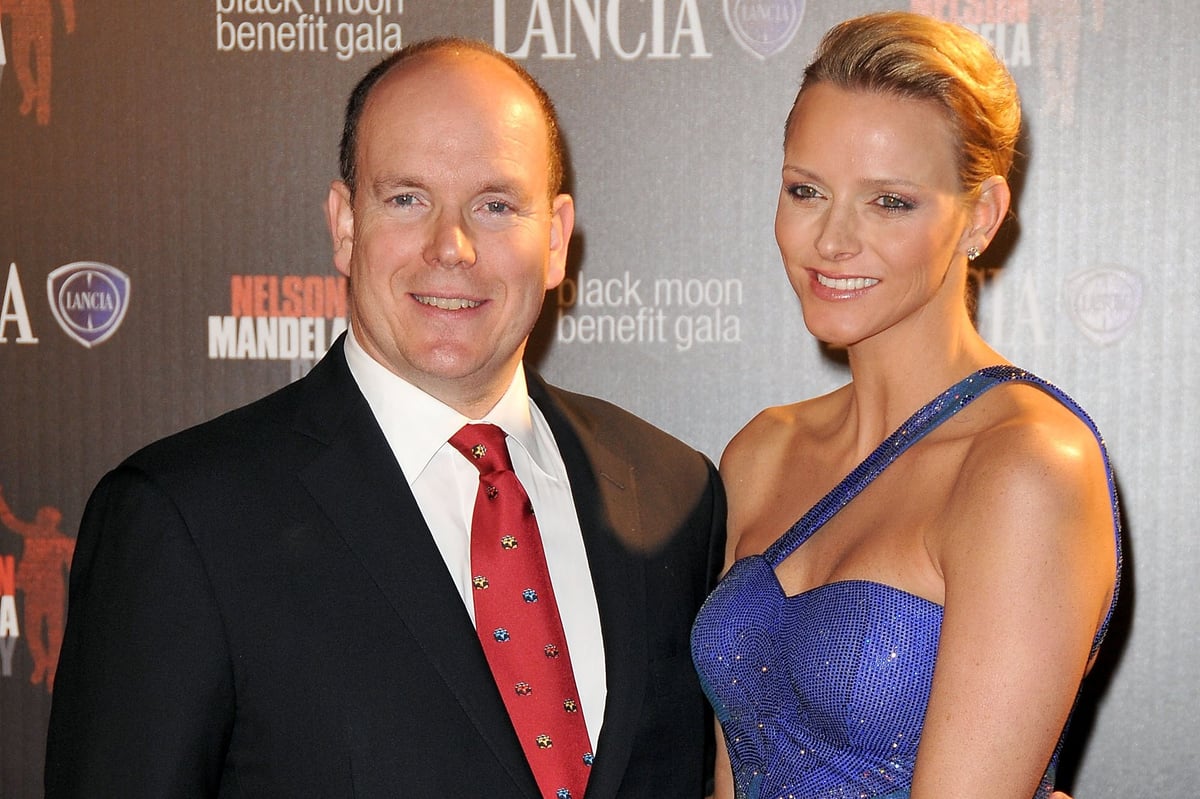 The palace announced their engagement on June 23, 2010.

On paper, the wedding was a PR dream, but according to media reports from the time, it appeared to be more of a nightmare for Charlene.

She reportedly attempted to escape Monaco three times in the weeks leading up to their July wedding.

At the time, there was speculation in local media that Albert had a love child, conceived during the time he was with Charlene.

He already had two children: Jazmin Grace, born in 1992 to American woman Tamara Rotolo and Alexandre Coste, born in 2003 to Togolese flight attendant Nicole Coste, who Charlene had reportedly embraced. 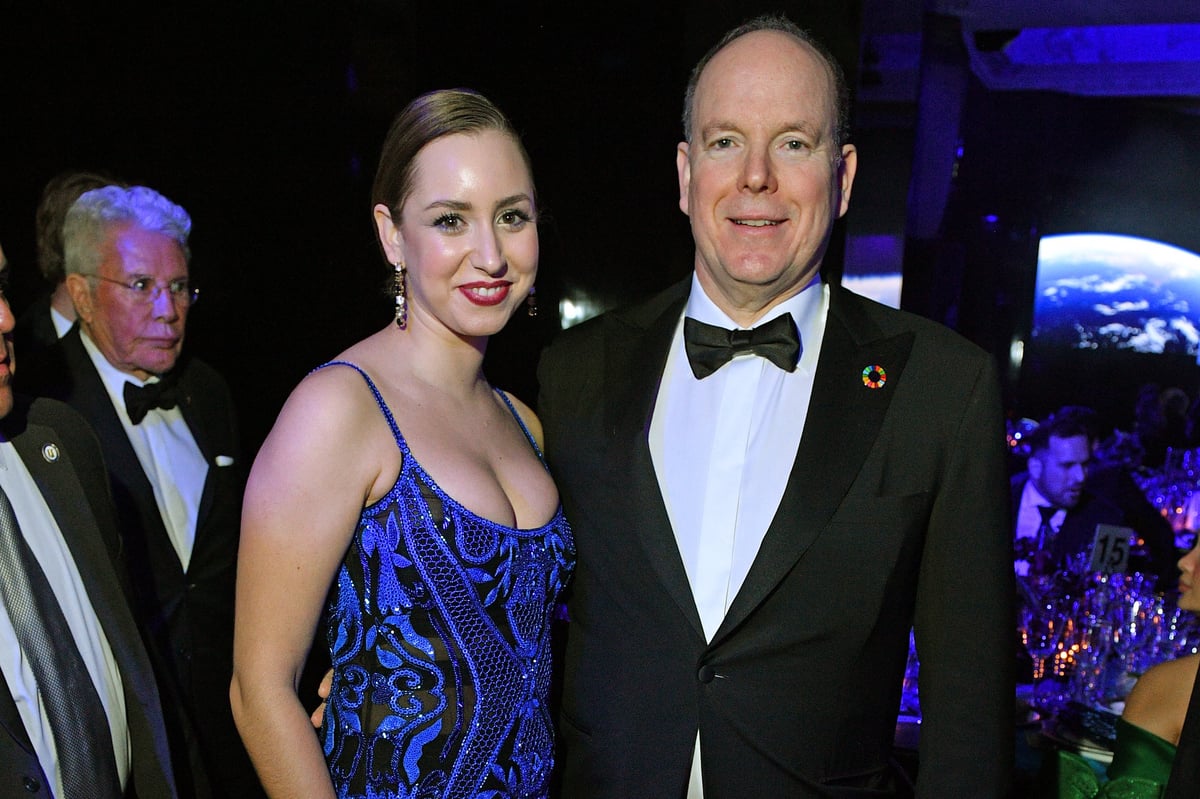 Grace and her father in February 2020. Image: Getty.

When news of a third possible child broke, Charlene was supposed to be attending a bridal gown fitting in Paris in May 2011.

She reportedly 'took refuge' in the South African embassy in the French capital, according to French newspaper Le Journal du Dimanche.

Alleged attempt two took place that same month during Monaco's Grand Prix, and there were claims her passport was confiscated by the Prince's entourage.

Charlene booked a one-way ticket to South Africa and nearly made it to the nearby airport in Nice, France, before being intercepted and persuaded to stay by Albert's entourage.

Le Journal du Dimanche reported an 'arrangement' was reached between the bride and the groom, but there has never been word on what that looked like.

Whatever it was, Charlene went through with the AU$100 million three-day wedding, but reports from the festivities were mostly focused on her apparent wedding day sadness. 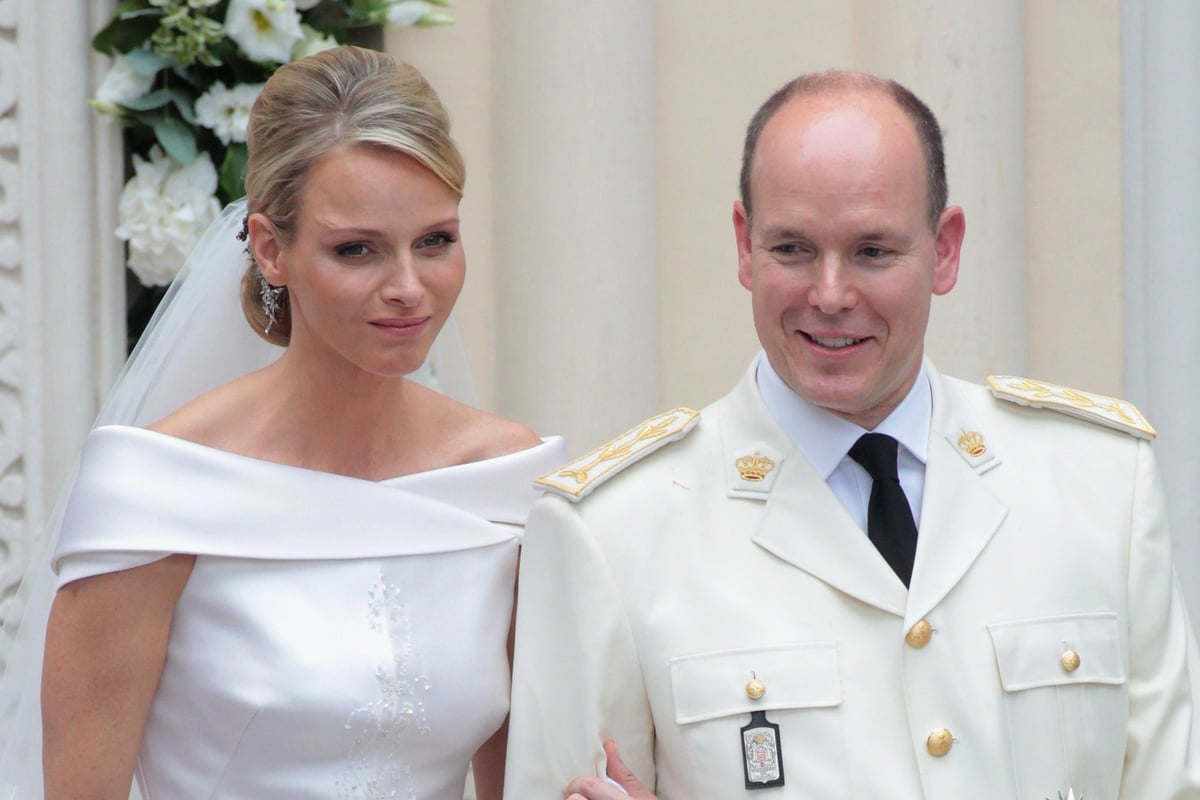 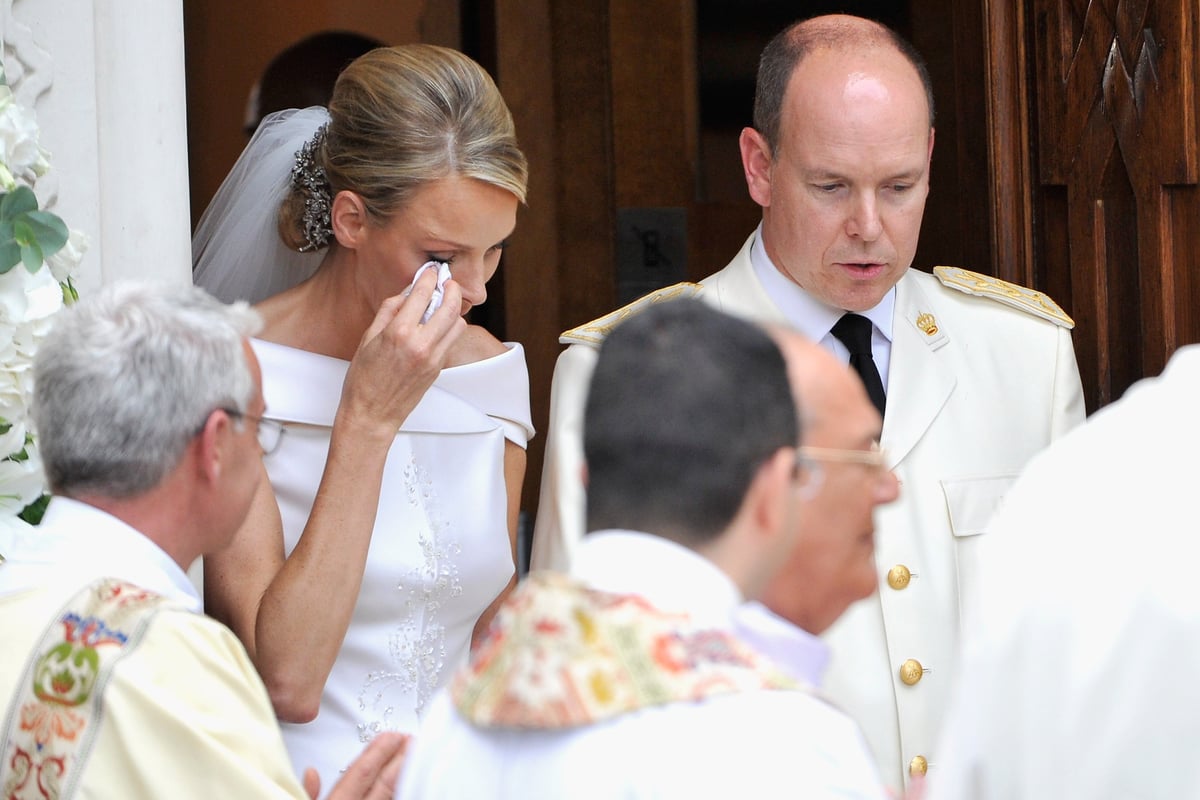 Charlene "was in tears throughout the wedding ceremony" according to ABC, who added that the bride reportedly recoiled when the groom attempted to kiss her.

The Guardian reported Charlene "emerged from the royal chapel where she laid her bouquet with top lip wobbling and a tear rolling down her cheek. While she dabbed the tears with a hankie, Prince Albert begged in a whisper, 'Don't cry, don't cry.'"

The Associated Press stated the bride and groom's eyes were "mostly downcast" and "tears flowed freely" down the princess's face.

The couple allegedly spent their wedding night in separate hotels, with Charlene's under heavy guard.

"None of this is true, and we think it comes from utter jealousy," the Palace responded to People magazine. 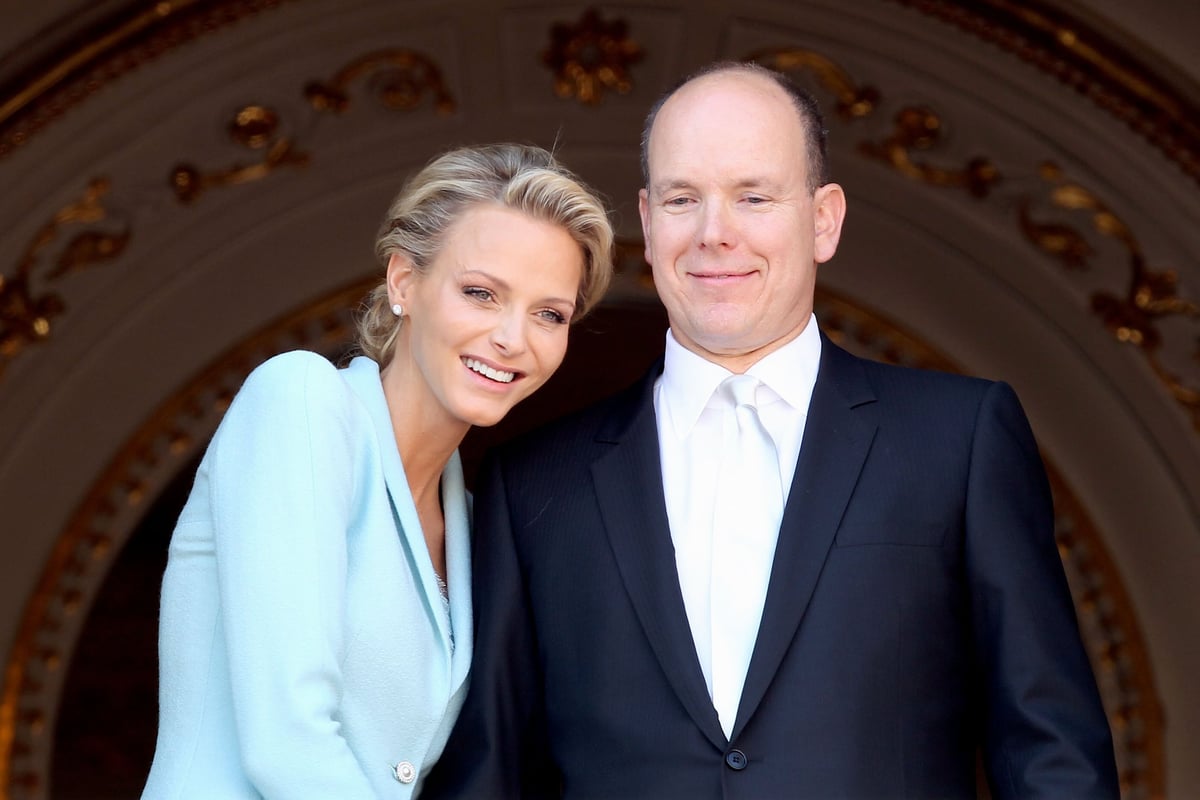 There has never been official confirmation or denial of a third love child, despite reports Albert had agreed to a paternity test.

The couple attended an International Olympic Committee meeting in South Africa directly after their wedding, before honeymooning away from paparazzi in Mozambique.

Charlene had been dubbed by media 'the sad princess' due to her wedding tears. In 2019, she said she knew people picked up on the fact she didn't always smile at public events.

Speaking with South African magazine Huisgenoot, she said people didn't know what was going on behind the scenes.

"People are very quick to say, 'Oh, why isn't she smiling in the photos?' Well, sometimes it's hard to smile. They don't know what's going on in the background."

Charlene, who is notoriously media-shy, admitted she'd had a terrible year in 2019, with her father undergoing surgery and the deaths of two friends within 10 days of each other.

"I have the privilege of having this life, but I miss my family and my friends in South Africa and I'm often sad because I cannot always be there for them," she explained. 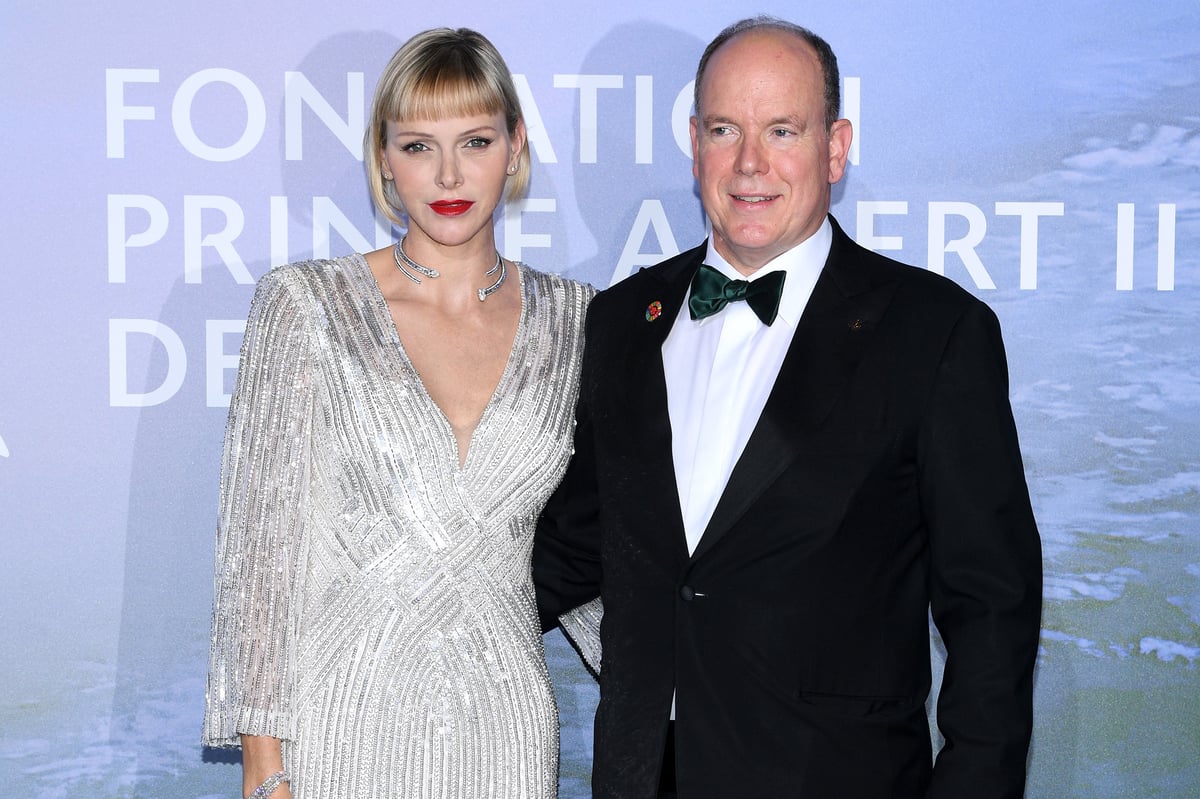 In May 2014, Princess Charlene and Prince Albert announced they were expecting a baby and in October, it was confirmed Charlene was pregnant with twins.

On December 10, 2014, Charlene gave birth to Princess Gabriella and Hereditary Prince Jacques, who is the heir apparent to the throne. Albert's older children are not heirs, as they were born out of wedlock.

Charlene said parenting is "often exhausting" but "is also very stimulating in many areas".

She said her children supported each other unconditionally and were very headstrong, "which allows them [to be] able to say what they think and feel, whatever the circumstances".

"And when all is well, then nothing and no one can stop them," she said.

Charlene also praised her husband, calling him "a remarkable, wonderful, fun father; a dad who listens and encourages his children".

"He spends a lot of time with Jacques and Gabriella and takes care of them as often as he can," she said.

Days from their sixth birthdays, Charlene shared photos of Gabriella and Jacques with their father during Monaco's National Day on November 19, 2020.

The twins have often accompanied their parents on various royal outings, but Charlene has not been seen in Monaco since January 2021. 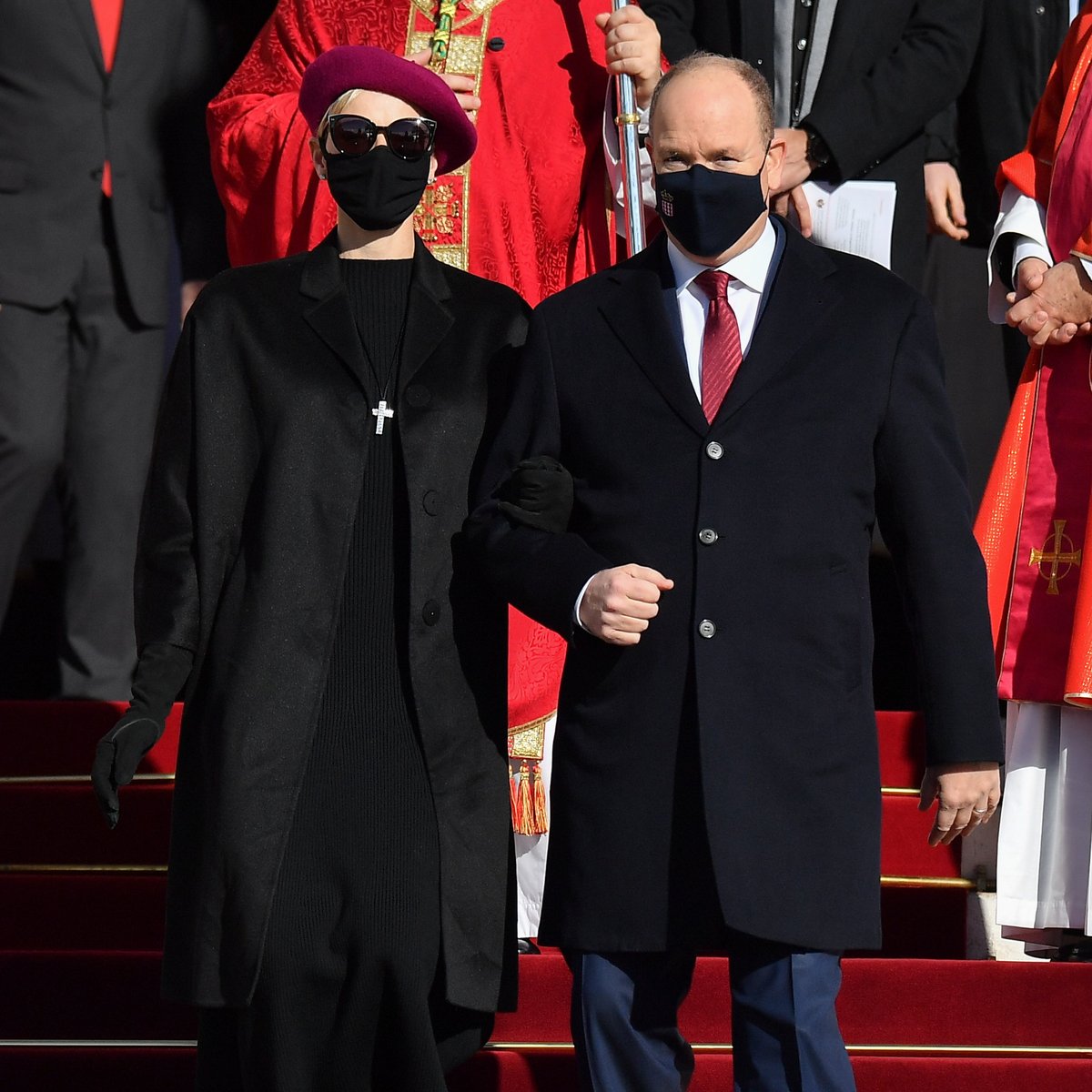 Charlene and Prince Albert during her last public outing in Monaco, in January 2021. Image: Getty.

Officially, she has been in South Africa since May, but many believe she's been there since at least March, when she appeared at the funeral of her close friend, Zulu King Goodwill Zwelithini.

On social media, the princess has been documenting her wildlife conservation mission to help endangered rhinos and stop poaching.

The palace says she is suffering from a serious ear, nose and throat infection requiring "procedures" that will keep her "indefinitely", meaning that the royals marked their 10th marriage anniversary on July 1 while separated by thousands of kilometres.

Charlene marked the anniversary with videos commemorating her love story with her husband on Instagram.

"Happy anniversary, Albert," she wrote. "Thank you for the blessing of our children."

In the meantime, in Monaco, Prince Albert and their children have been carrying on at public events including the Monaco Grand Prix without her.

Her 'disappearance' from Monaco came after the Daily Mail reported in December 2020 that a 34-year-old woman claimed she had an affair with Prince Albert, leading to the birth of a daughter on July 4, 2005.

A hearing is set for a Rome court in September to determine whether the prince should have immunity from having to take a DNA test, although he has done tests for other claims in the past.

Charlene debuted a new buzz cut and fringe hairstyle around the same time as the rumours were published, and it was quickly labelled the edgiest haircut ever worn by a royal. 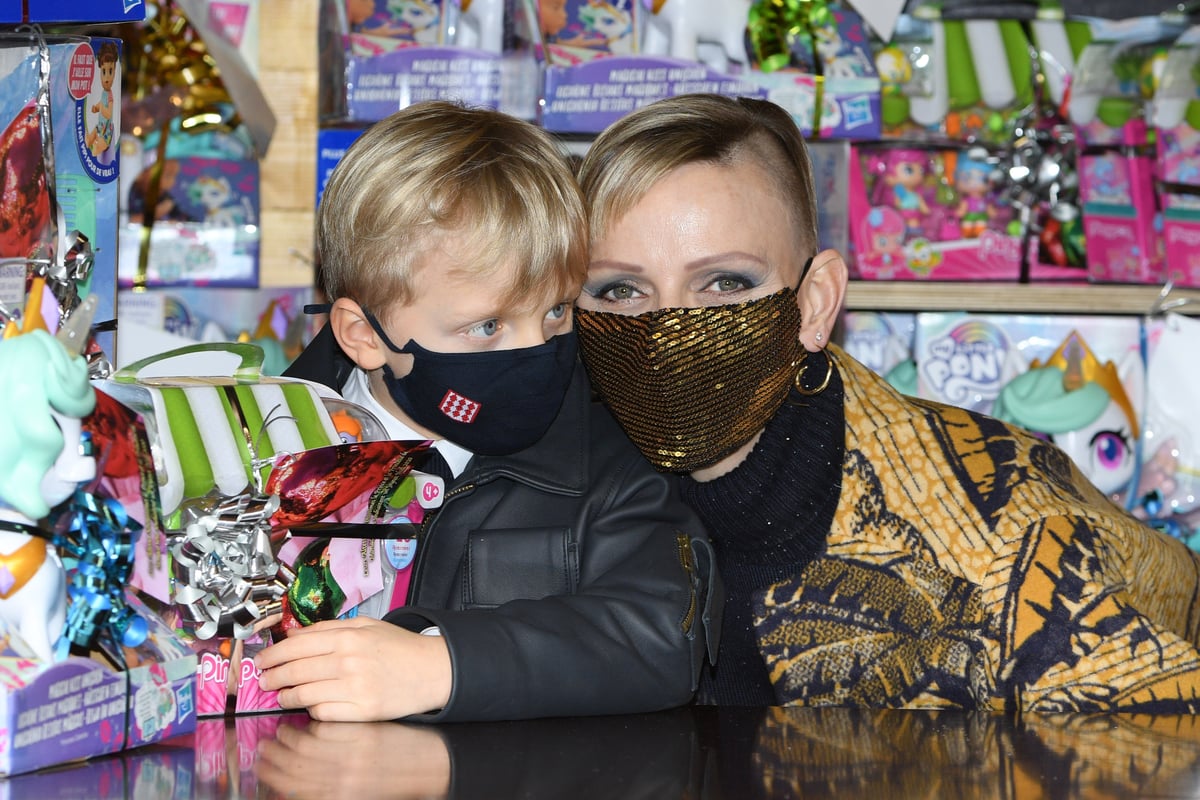 Charlene told Point of Vue in January she would always stand behind her husband.

"When my husband has problems, he tells me about it. I often tell him, 'No matter what, I'm a thousand per cent behind you. 'I'll stand by you whatever you do, in good times or bad'," she said.

Charlene has spent her years as royalty helping charity causes and running her own The Princess Charlene of Monaco Foundation.

The Foundation's primary aim is to save lives by putting an end to drowning through learn-to-swim and water safety programmes.

This article was originally published in November 2020 and has been updated on July 5, 2021.