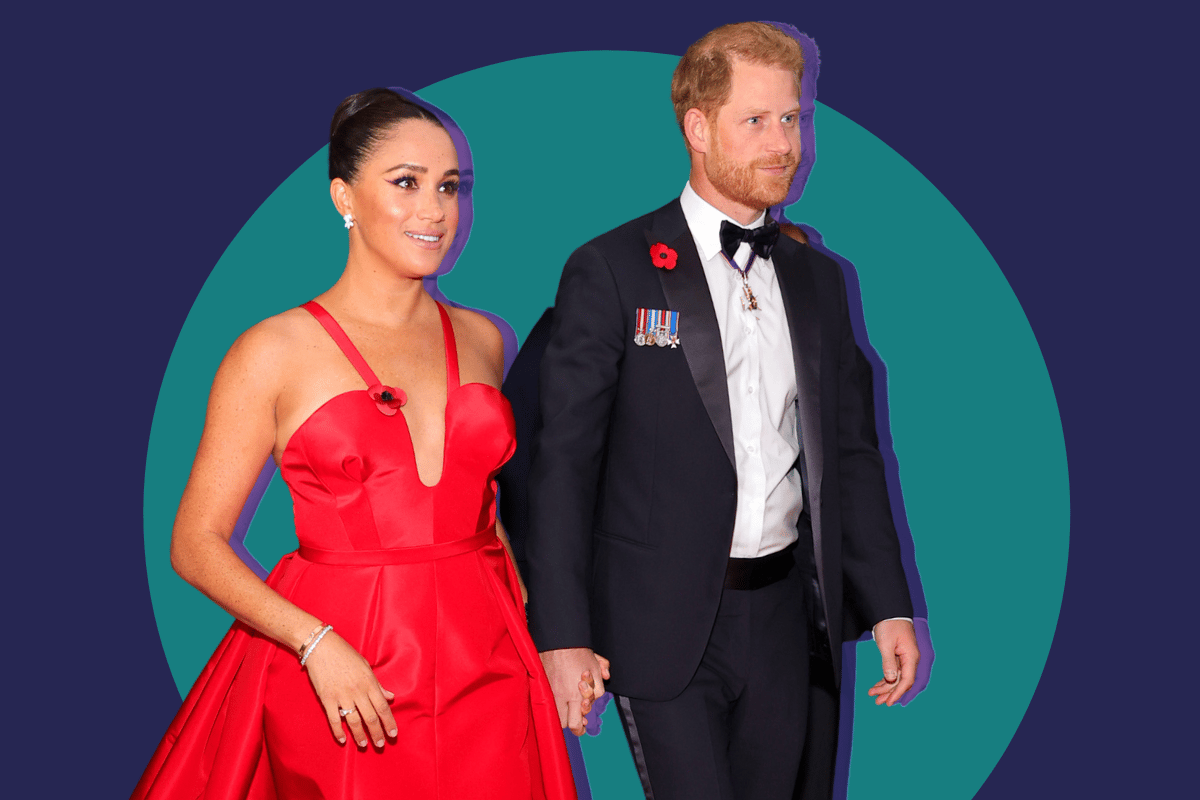 Prince Harry isn't sitting quietly on the sidelines, in fact he is loudly criticising the British media for the "self-manufactured rabidness" that has surrounded his wife, Meghan Markle, for over four years now.

And it is clear the constant need to defend his partner has taken its toll.

In an interview this week, the royal said while speaking on the Internet Lie Machine panel, that the term 'Megxit' was coined by a "misogynistic" troll.

“Maybe people know this and maybe they don’t, but the term 'Megxit' was or is a misogynistic term, and it was created by a troll, amplified by royal correspondents, and it grew and grew and grew into mainstream media. But it began with a troll."

Prince Harry and Meghan Markle shook up the royal family bubble when they announced back in 2019 that they would be stepping back from their senior royal titles at 'The Firm', to seek a life of privacy that was on their terms.

It was then the world realised that perhaps Harry's decision to walk away was not one made in a split-second decision, but had been in the making since 1997.

He was just 12 years old when the world as he had known it completely shattered. The moment when he, along with his older brother Prince William, lost his mother, Princess Diana.

It would be the paparazzi who'd be blamed for her death, after an inquest ruled she had been "unlawfully killed" in a Paris car crash. Later, reports would say the crash could have been avoided entirely if the people with cameras slung around their necks had not been chasing her.

Harry would also learn as he got older that the same paparazzi who chased her, would take photos of his dying mother as she lay in the backseat of the car, instead of trying to help her.

So it is perhaps no surprise when on Tuesday, in his own words, he said the 'hate-train' that has followed his wife for close to half a decade is a story he is all too familiar with.

"I lost my mother to this self-manufactured rabidness," he said. "Obviously I'm determined not to lose the mother to my children to the same thing."

Listen to the latest episode of The Quicky, discussing the policies around festivals following the Astroworld tradegy. Post continues after podcast.

He would go on to say the spread of misinformation is a "global humanitarian crisis".

"I felt it personally over the years, and I'm now watching it happen globally affecting everyone, not just America, literally everyone around the world.

Continuing on in the panel, Harry cited an independent report which found that "more than 70 percent of the hate speech about my wife on Twitter can be traced to fewer than 50 accounts."

He blamed tabloid journalists for "amplifying the hate and the lies," and said that they "regurgitate these lies as truth".

"This isn't just a social media problem. It's a media problem," he explained. "I've grown up learning that news should be sacred ground."

To hear more on this topic from Mia, Holly and Jessie in a special daily drop episode of Mamamia Out Loud, subscribe to be an MPlus member here.