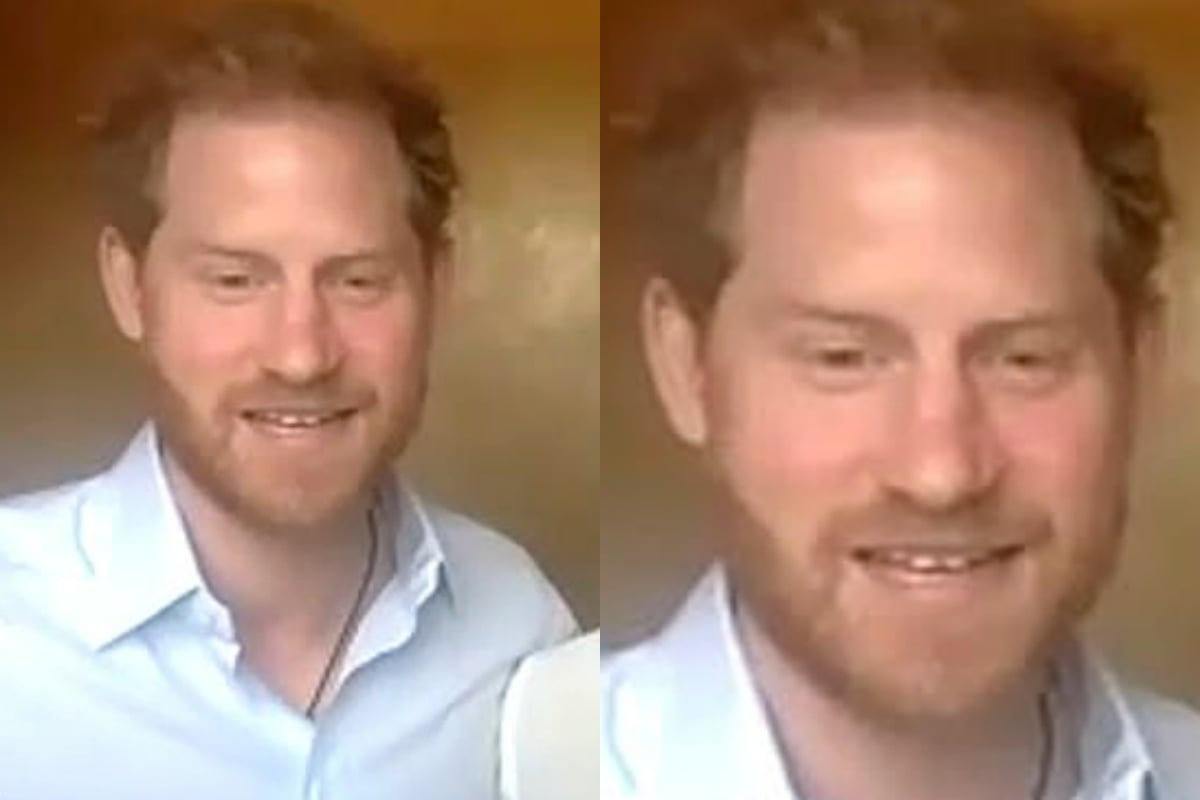 Today I Googled the British royal family. It's not usually high on my agenda, but I'd heard whisperings of a hostage video and ahem, it sounded serious.

A royal hostage situation? What the heck. This is huge! Who was being held captive? Please be Andrew. Who was the kidnapper? Why hadn't I received notifications of breaking news? PLEASE be Andrew. What is going on? THIS SHOULD BE EVERYWHERE.

Prince Harry and Meghan Markle in the hostage video. Post continues below video.

"Prince Harry seemed 'trapped' and 'awkward' when he called on the Commonwealth to right past wrongs in a video call with Meghan Markle, body language expert reveals - as viewers agree he looked 'like a hostage'."

But this is an additional level of ridiculousness I could never have foreseen.

Yes, the stories claim Prince Harry, a grown man aged 35, is being held hostage by his wife, Meghan Markle.

The evidence is a video featuring Harry sitting alongside Meghan during a virtual meeting with global young leaders from the Queen's Commonwealth Trust earlier this month, which was made public this week.

During the meeting, Harry and Meghan addressed the Commonwealth's "uncomfortable" past.

Social media, which has traditionally been a very safe space for Meghan, who has never faced any unwarranted criticism, ever, was immediately praised for her role in the discussion.

Alright, no. She was slammed for leading the conversation on Black Lives Matter and confronting racial injustice - a topic she as a Black woman is probably a little more qualified to discuss than Harry, born into a family that is the literal embodiment of privilege.

Harry sat back and let his wife take the lead.

Don't you know you can't just SMILE and LISTEN and LET OTHERS TALK? 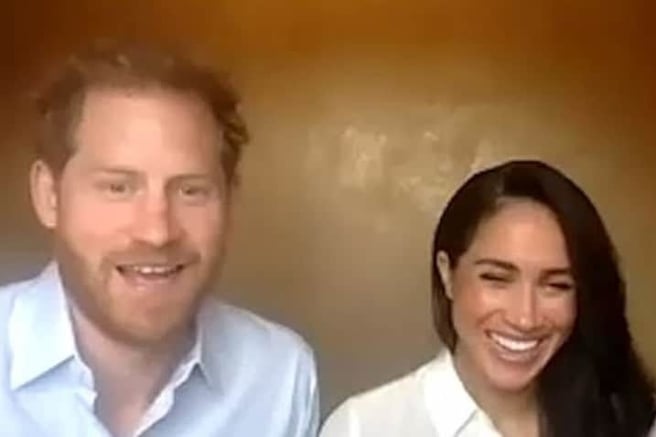 The British tabloids called their body language experts - top of their speed dial list - to provide a reading of the video as long as it was definitely not going to portray Harry and Meghan as a genuine couple happy and in love.

Thankfully, the body language experts know what the people want and that is a full-blown hostage situation.

Harry looked down once, so obviously he felt awkward.

Can you believe he even used hand gestures? It was nice of Meghan to untie his hands, at least.

Rumour has it Buckingham Palace would like to send a hostage negotiation team but it's currently avoiding engaging with American authorities for some reason.

Will Harry continue to speak about social issues, with his handcuffed hands just out of frame? Will he once again shift his body, as he tries to wriggle out of the chair he is tied to, while listening to the voices of young, Black activists discuss their lived experiences of racism? Will he continue to show growth and understanding, even though the tape has only been removed from his mouth moments before the camera was switched on?

Won't somebody help the poor prince?

Reply
Upvote
348 upvotes
Prince Harry always comes across intellectually and informatively when he does public speaking. 👏
As for looking like he's been held hostage by Meghan?   I think he's in love, and seems content about just being himself. 🤗
david s 7 months ago