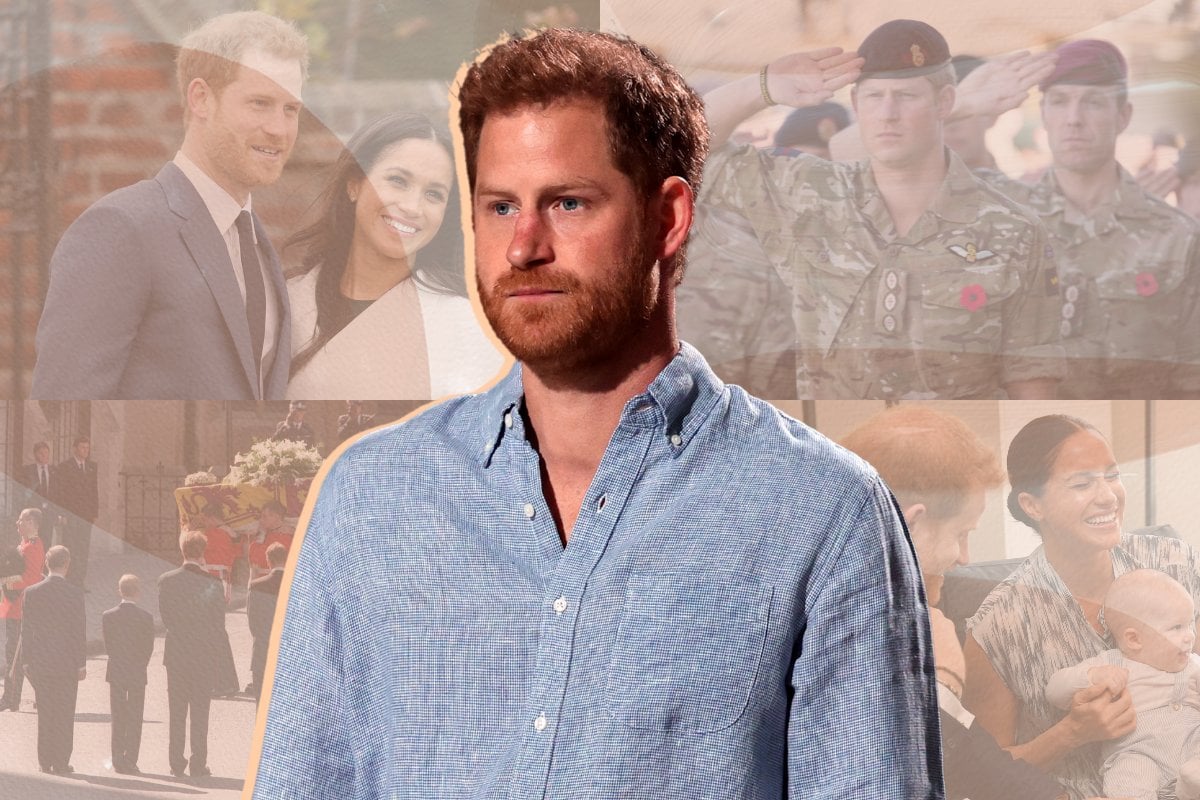 Over the last few months, Prince Harry has been more open about his life and struggles than any other royal before him.

From growing up in the royal family, the intense scrutiny that comes with it, the death of his mother and his own mental health struggles, Harry has been candid about it all.

And he's done it again, in a conversation with Dax Shepard and Monica Padman for their podcast Armchair Expert.

Watch: Prince Harry on Meghan's mental health, during their interview with Oprah. Post continues below video.

On the occasion of Mental Health Awareness Week in the United Kingdom, and a week before the debut of his new Apple TV+ series The Me You Can't See with Oprah, which is also about mental health, Harry spent his time with the pair discussing his life as a royal, and the toll it took on his own mental health.

Oh, and letting us know that Archie's chickens (first seen in his and Meghan Markle's March interview with Oprah) now have feathers.

Here are 11 other things we learned from the chat.

Meghan encouraged him to go to therapy.

Harry said it was a conversation with his wife that convinced him to go to therapy.

"It was a conversation that I had with my now wife, and she saw, she saw it straight away. She could tell that I was hurting and that some of the stuff that was out of control was making me really angry and it would make my blood boil."

Harry said he knew "helping other people helped me" thanks to efforts like this Invictus Games, which he founded in 2014, but it wasn't until he went to therapy that he realised he could use his platform for further good.

"Once I started doing therapy, it was like the bubble was burst. I plucked my head out of the sand and gave it a good shake off and I was like, 'you're in this position of privilege, stop complaining and stop thinking you want something different - make this different - because you can't get out'.

He said he didn't think he needed therapy anymore, but he also considered getting out into nature a form of therapy.

"Like going for walks, throwing the ball for my dog down the beach and stuff like that," he shared.

"There are certain things around the world that are free, some you have to pay for. But ultimately, go searching for the things that make you feel good about yourself. That’s the key to life."

His three moments of feeling helpless.

Harry discussed some of the darkest moments of his life, saying that his Achilles heel is "feeling helpless".

"[There were] three major times that I felt completely helpless: One when I was a kid in the back of a car with my mum being chased by paparazzi, two was in Afghanistan in an apache helicopter and then the third one was with my wife [having the conversation about therapy].

"And those were the moments in my life where yeah, feeling helpless hurts. It really hurts, and that's when you get to think yourself, 'sh*t, like, I got the privilege. I got the platform. I got the influence, and even I can't fix this. I can't change this.'"

He wanted to leave the royal family much earlier.

Harry said he had wanted to leave the royal family in this 20s, 15 years before he actually did. 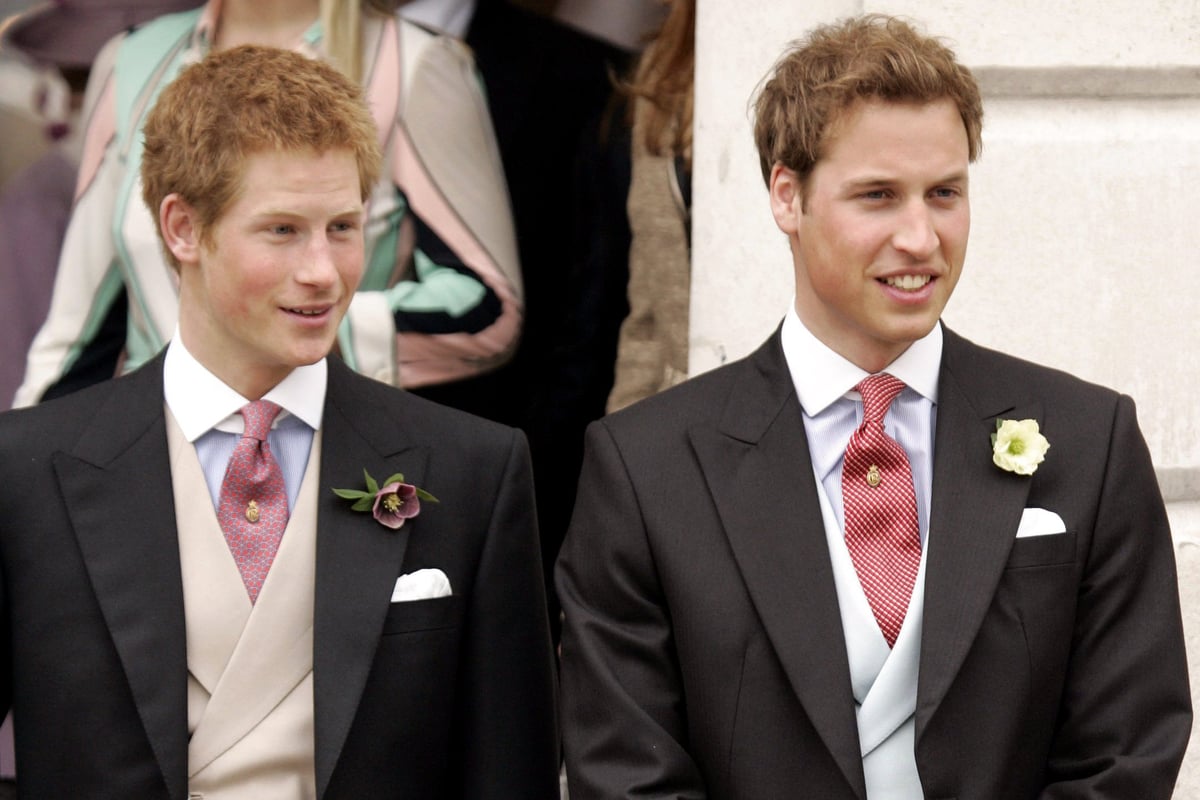 "How am I ever going to settle down, have a wife and a family when I know that it’s going to happen again?

"Because I know, I've seen behind the curtain. I've seen the business model, I know how the operation runs and how it works, and I don't want to be a part of this."

Royal life is like "the Truman Show and living in a zoo".

Asked to describe the feeling of having his every move "watched by millions", Harry compared it to a 1998 Jim Carrey film.

"It's a mix between The Truman Show and living in a zoo," he explained, joking that he is "not the main attraction".

"You were kind of cast into a movie without being asked," Dax said.

"The biggest issue for me was that being born into it you inherit the risk, you inherit every element of it without choice and because of the way that the UK media are, they feel an ownership over you," Harry responded.

He plans to parent differently to Charles.

Harry said he's experienced "genetic pain or suffering" passed on from his father, Prince Charles, who he suggested had also experienced it handed down from his parents, Queen Elizabeth and Prince Philip.

He and Meghan are expecting their second child, and he said this experience informed his approach to parenting.

"I don't think we should be pointing the finger or blaming anybody, but certainly when it comes to parenting, if I've experienced some form of pain or suffering because of the pain or suffering that perhaps my father or my parents had suffered, I'm going to make sure I break that cycle so that I don't pass it on," Harry said. 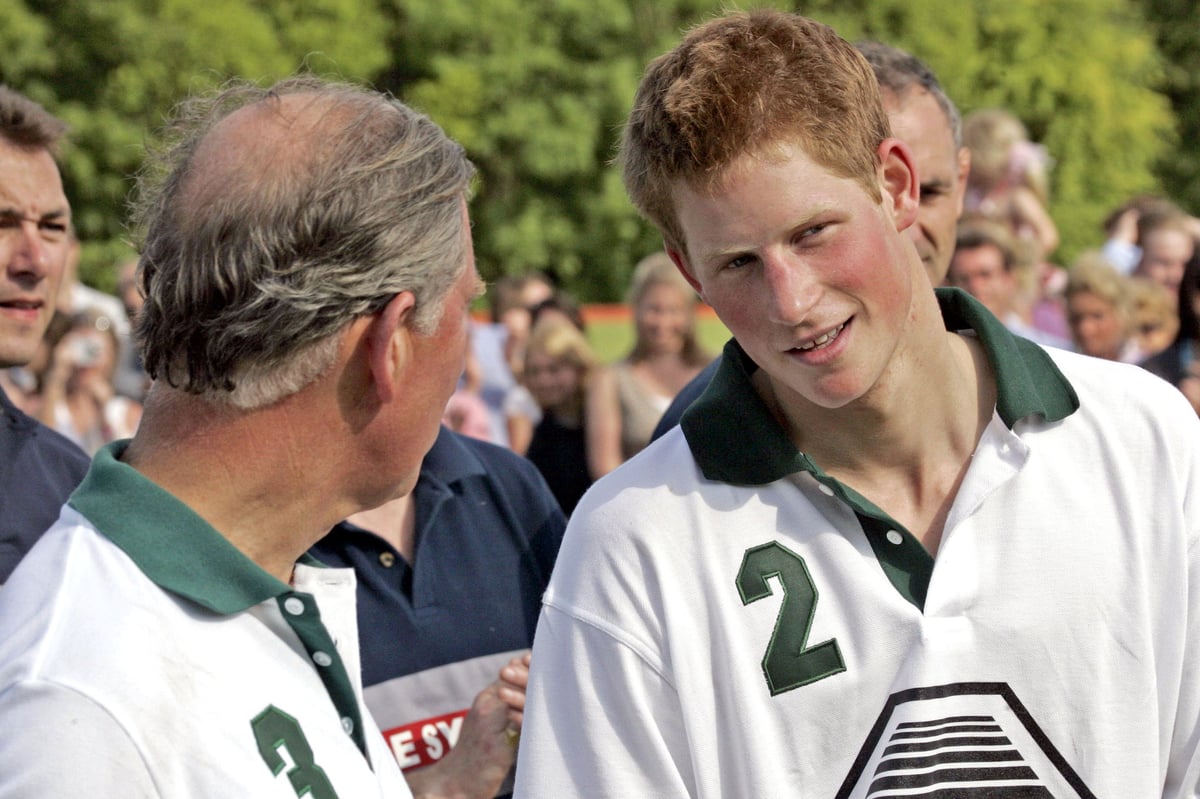 "It's a lot of genetic pain and suffering that gets passed on anyway, so we as parents should be doing the most we can to try to say, 'You know what, that happened to me, I'm going to make sure that doesn't happen to you'.

"I never saw it, I never knew about it, and then suddenly I started to piece it together and go 'OK, so this is where he went to school, this is what happened, I know this about his life, I also know that is connected to his parents, so that means he's treated me the way he was treated, so how can I change that for my own kids'?'"

People think Harry can't suffer because of his privilege.

Harry said he thinks many believe he cannot truly experience suffering because he leads such a life of privilege.

"[People say] How bad can it be? You had people running around and doing this and that.

"I was born into privilege but it gave me a front-row seat - my education was not in school but was in meeting people across the Commonwealth.

"The reality is, meeting people from all around the world puts it into context."

He feels "more free" in the US.

Harry said life had felt "more free" since his move to LA with Meghan.

"Living here now I can actually lift my head and actually I feel different, my shoulders have dropped, so has hers, you can walk around feeling a little bit more free.

"I can take Archie on the back of my bicycle. I never had the chance to do that."

But the paparazzi in LA make it difficult.

Harry and Meghan did not expect paparazzi to be present to photograph their son Archie on his first day of school, but that's what happened recently.

"Page Six of the New York Post, they took photos of my son being picked up from school on his first day.

"It's this sort of rabid feeding frenzy, and going back to the kids point it's absolutely true. These kids don't get a choice; they don't get a say in it."

He said living in LA was a "feeding frenzy" and they didn't intend to move there.

"The way I look at it, especially now living here, one hour outside LA, it's a feeding frenzy here. We spent the first three and a half months living at Tyler Perry's house.

"The helicopters, the drones, the paparazzi cutting the fence, like, it was madness. And people out there, their response was 'what do you expect if you live in LA?'

"First of all, we didn't mean to live in LA. This is a staging area to try and find a house. And secondly, how sad that if you live in LA and you're a well-known figure you just have to expect it."

Harry and Meghan pretended they didn't know each other to avoid attracting attention early in their relationship.

Harry shared how he and Meghan met up in a London supermarket and pretended they didn't know each other to avoid attracting attention.

"The first time Meghan and I met up for her to come and stay with me, we met up in a supermarket in London, pretending we didn't know each other, texting each other from the other side of the aisles," he said. 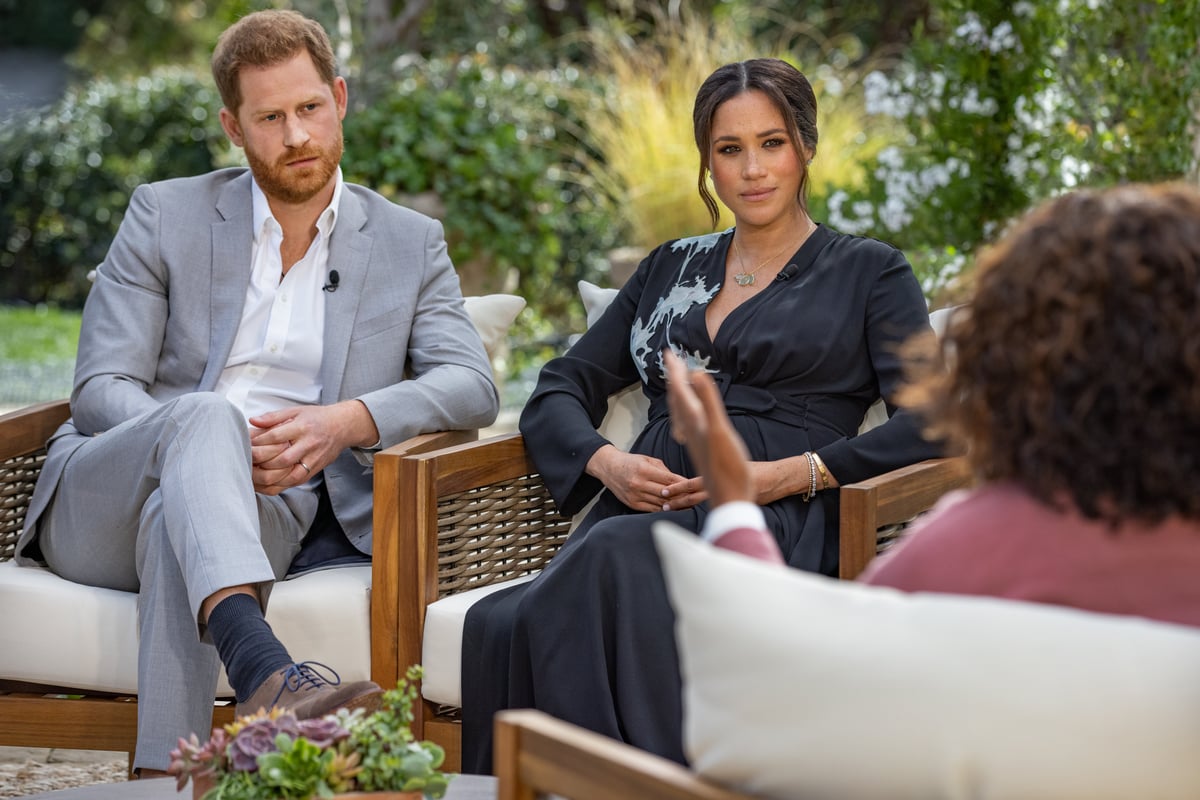 "There's people looking at me, giving me all these weird looks, and coming up to me and saying 'hi'.

"I had a baseball cap on, looking down at the floor, trying to stay incognito.

"It's amazing how much chewing gum you see, it's a mess!"

Harry said he knows the "vile, toxic abuse" he receives online is a "form of project" that comes from "unresolved pain".

"What made you want to come at me like that, when clearly we've never met?" he asked.

"Ultimately there's a source to it," Harry explained.

He said he tries to have "compassion" for these online trolls, it is "really hard when you're on the receiving end."

Before the chat turned to mental health, Harry briefly discussed his work with Global Citizen's VAX Live: The Concert to Reunite the World, which served to increase donations and sharing of vaccine doses around the world.

He said Rogan's recent comments on vaccination, which he shared on his podcast, were irresponsible.

Rogan had told his listeners he did not think young, healthy people needed to be vaccinated.

"Just stay out of it," Harry said when asked about this.

"The issue is in today's world with misinformation endemic, you’ve got to be careful about what comes out of your mouth."

He said "with a platform comes responsibility".

That's something Harry and Meghan are taking very seriously.

He said "with a platform comes responsibility".

That's something Harry and Meghan are taking very seriously.