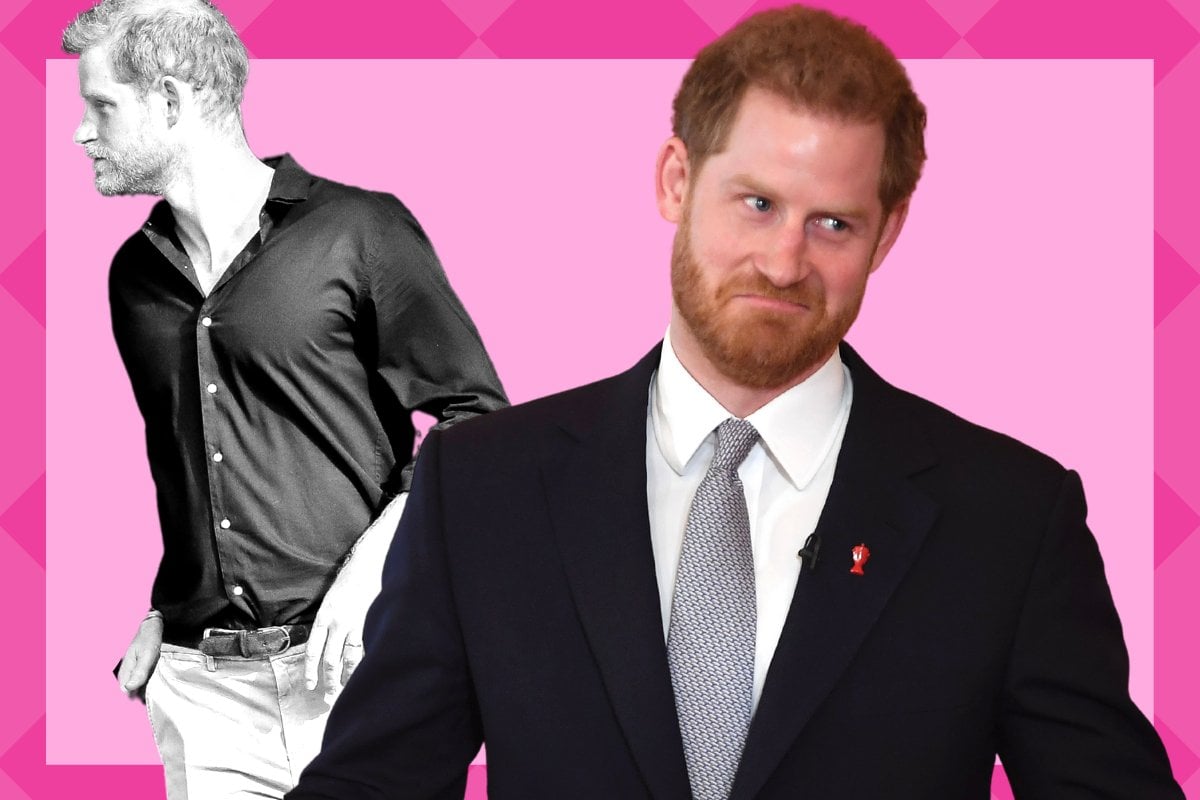 This International Women's Day, Mamamia has pledged to #ChooseToChallenge gender stereotypes. That's why we're flipping the script in the stories you'll find on our homepage today. To draw attention to the ridiculous stories that still get written about women in the public eye, we've written satirical stories about male public figures, using the type of headlines that are still, in 2021, exclusively written about women. You can  read more about our pledge to #ChooseToChallenge gender stereotypes this IWD here.

Never one to shy away from the spotlight, a glowing Prince Harry has debuted his post-baby body, just a month after welcoming son Archie Harrison Mountbatten-Windsor.

To make his public debut at a garden party in honour of his beloved grandmother, Queen Elizabeth, the Prince, 36, wore a tailored grey suit that hugged his new curves to perfection in all the right places as he arrived at Buckingham Palace.

A slight bump around his midsection could still be detected through his white linen shirt, but despite his new shape, Harry seemed happy to flaunt his curves for onlookers as he matched through the palace grounds.

His stance was a welcome relief for onlookers who had witnessed his many outings in the lead up to Archie’s birth. Outings where the Prince bizarrely garnered a reputation for obsessively cradling the baby bump whenever a camera flashed in his direction. 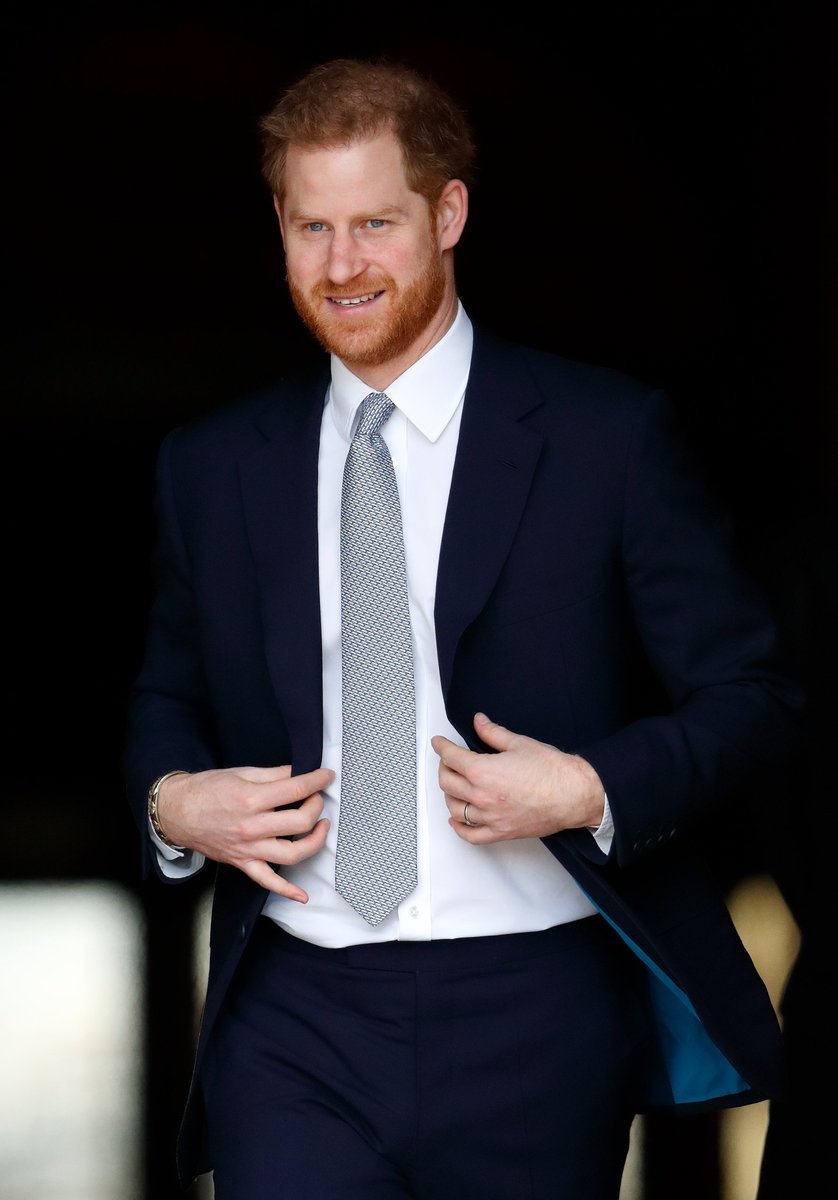 Prince Harry’s wife, Meghan Markle, was also present at the Queen’s event and sources close to the royal couple say that she is an extremely hands-on mother. Happy to lend Harry the odd hand at bedtime and even offering to babysit Archie on the rare occasions when her husband needs to leave the house.

Royal sources at the event also say that Harry demurely sipped on iced water during the proceedings, as he is very focused on regaining his pos-baby bikini body as soon as possible.

J
jezz a year ago