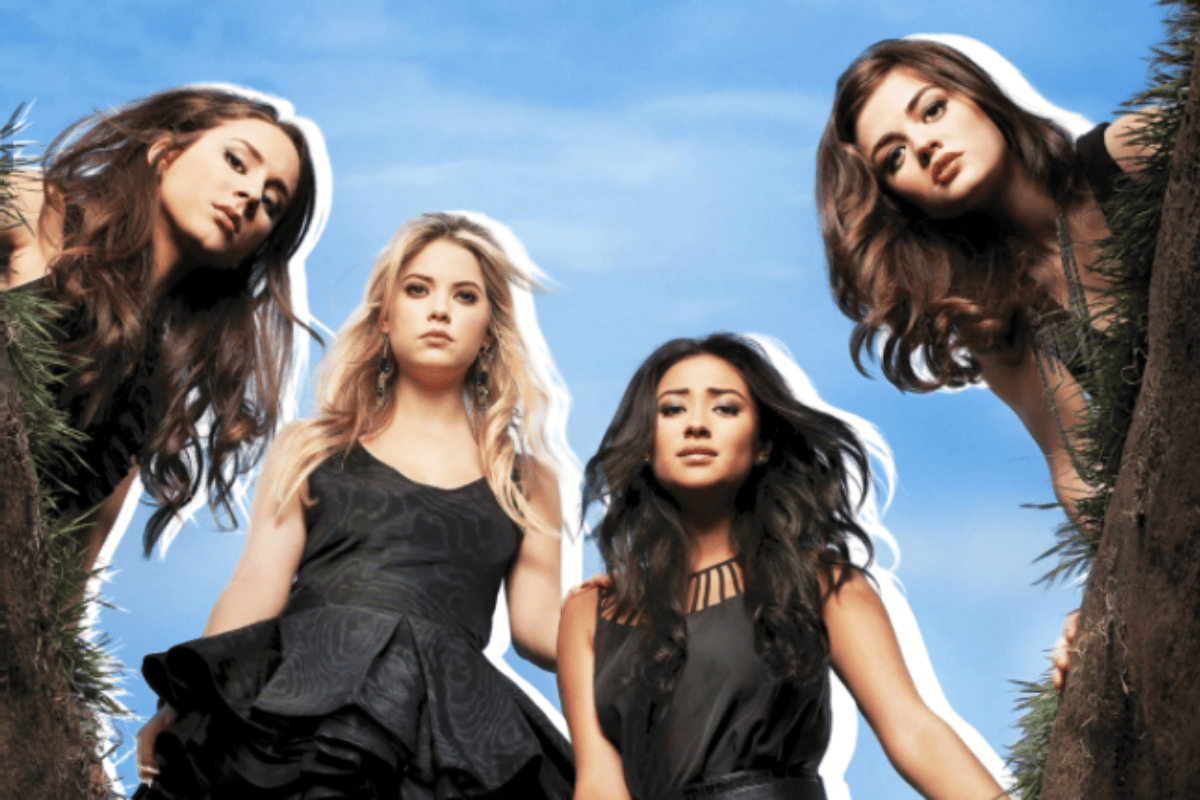 Pretty Little Liars was one of those teen TV shows that was deeply addictive.

Even if you didn't like it all that much, you'd keep watching to find out what was going to happen to high school friends Aria, Spencer, Hanna and Emily, and the identity of their tormentor known as 'A'.

This month, the part-drama, part-thriller series will celebrate its 11-year anniversary. When the show premiered over a decade ago, none of its stars had any idea it would become a cult hit.

Here's what the original cast of Pretty Little Liars are up to now.

Troian Bellisario started moving into the next phase of her career while starring as Spencer on PLL, making her directorial debut on the show's final season.

The 35-year-old has since directed episodes of TV shows including Famous In Love and Good Trouble. In 2017, she starred in Feed, a movie based on her own experience with an eating disorder.

Troian married Suits actor Patrick J Adams in 2016 in the most glorious bohemian camping wedding, and the pair welcomed daughter Aurora in October 2018.

Over the weekend, the couple announced the birth of their second child, a daughter named Elliot.

Sharing the exciting news on Instagram, Troian wrote, "Ms Elliot Rowena Adams joined us on May 15th under the wildest of circumstances."

"A whole new ERA for this family. Welcome, my love."

Ashley Benson has been pretty quiet on the acting front since playing Hanna on PLL.

That said, the 31-year-old has moved more into the fashion and beauty space, and is a regular FROW (front row) at fashion weeks.

Ashley dated model Cara Delevingne for two years before allegedly breaking up in April last year. They made headlines when they were spotted carrying what is known as a sex bench... you can read about it here.

The actress went on to date rapper G-Eazy, before they split in February this year. However, the pair recently sparked rumours when they were spotted out together in April.

The 34-year-old is now somewhat of a fashion and beauty influencer, having modelled, and founded her own travel accessories brand Beis.

She also recently starred in the TV series Dollface, and as Peach in the infamous first season of Netflix's You.

In 2019, Shay gave birth to her first child, daughter Atlas Noah, with boyfriend Matte Babel after miscarrying in 2018.

The couple have been together for more than two years but have managed to keep their relationship relatively private.

Lucy Hale's character Aria was known on the show for carrying out a forbidden and highly problematic relationship with her high school teacher.

Since PLL, the 31-year-old has continued to act while dabbling in modelling. She appeared in films including Truth or Dare, Dude (voted one of the worst films on Netflix) and The Unicorn. She also recently played the lead role in Katy Keene, a Riverdale spin-off inspired by the Archie comics.

When the show ended in 2017, the 25-year-old went on the US version of Dancing with the Stars. At the same time, she shared she had been diagnosed with Polycystic Ovarian Syndrome (PCOS) after battling public criticism for her unexplained weight gain over a two-year period on PLL.

"I gained 70-ish pounds (30kg) over two years. It was really, really hurtful the way people reacted. People were saying stuff like, 'she's pregnant, you're fat.' They were angry, they were mad that I look like this," she said.

In 2019, she reprised her role as Alison DiLaurentis in Pretty Little Liars: The Perfectionists but the spin-off was cancelled after one season. She also launched her own cookbook titled Sasha in Good Taste in 2019.

Sasha recently celebrated her third anniversary with her husband Hudson Sheaffer, who she married in 2018.

"Happy 3rd Anniversary baby! I chose you then, I choose you now, and I’ll choose you everyday of my life," she wrote on Instagram last month.

The couple also welcomed their first child together in November last year.

"One week ago today our lives changed forever. After 27 hours of labour Hendrix Wade Sheaffer made his grand entrance on November 6th at 5:39am weighing in at 7lbs 14oz and 20.5 inches tall. We are absolutely in love with him and we still can’t believe he’s ours," the actress wrote on Instagram at the time.

Tammin Sursok became a noughties household name in Australia when she starred on Home And Away. Then, she moved to LA to do the Hollywood thing and found fame playing PLL's Jenna Marshall, a teen who was blinded in mysterious circumstances.

As well as PLL, the 37-year-old appeared in The Young and the Restless, Hannah Montana, and a show 'loosely based on her life' called Aussie Girl.

Currently, she co-hosts the Women On Top podcast and blogs on her site Bottle and Heels. She also became a US citizen in 2020.

The South African-born/Australian-raised/Californian-based actress has been married to fellow actor Sean McEwan since 2011. They have two children together – Phoenix, seven and Lennon, two.

Amid the COVID-19 pandemic, Tammin and her family moved from Los Angeles, California, to Austin, Texas.

"Honestly, it’s been challenging but we are trying to make the most of it," she told Mamamia. "Our oldest, Phoenix, has been remote-schooled for a year and two months."

"In the beginning, it was a novelty but now learning on screens has become frustrating for us all," she said.

"We are focusing on the positive, having not spent one day apart, which has been mostly wonderful."

Post PLL, he had a recurring role on drama series Chicago Med in 2019, and a role in the Oscar-winning film Ford v Ferrari alongside Matt Damon and Christian Bale.

In 2017, Ian released a biography about his life in Hollywood called Odd Birds. He's been in a long-term relationship with photographer Sophie Hart since 2011.

Janel Parrish Long was a child star long before PLL, starring on shows including Zoey 101, Heroes and the 2007 live-action film Bratz.

Post-PLL, the 32-year-old most recently featured in Netflix's To All the Boys: Always and Forever. She married husband Chris Long in 2018.

She was also a guest on Tammin's podcast last year.

Did you watch Pretty Little Liars? Tell us your thoughts on the show in the comments below.