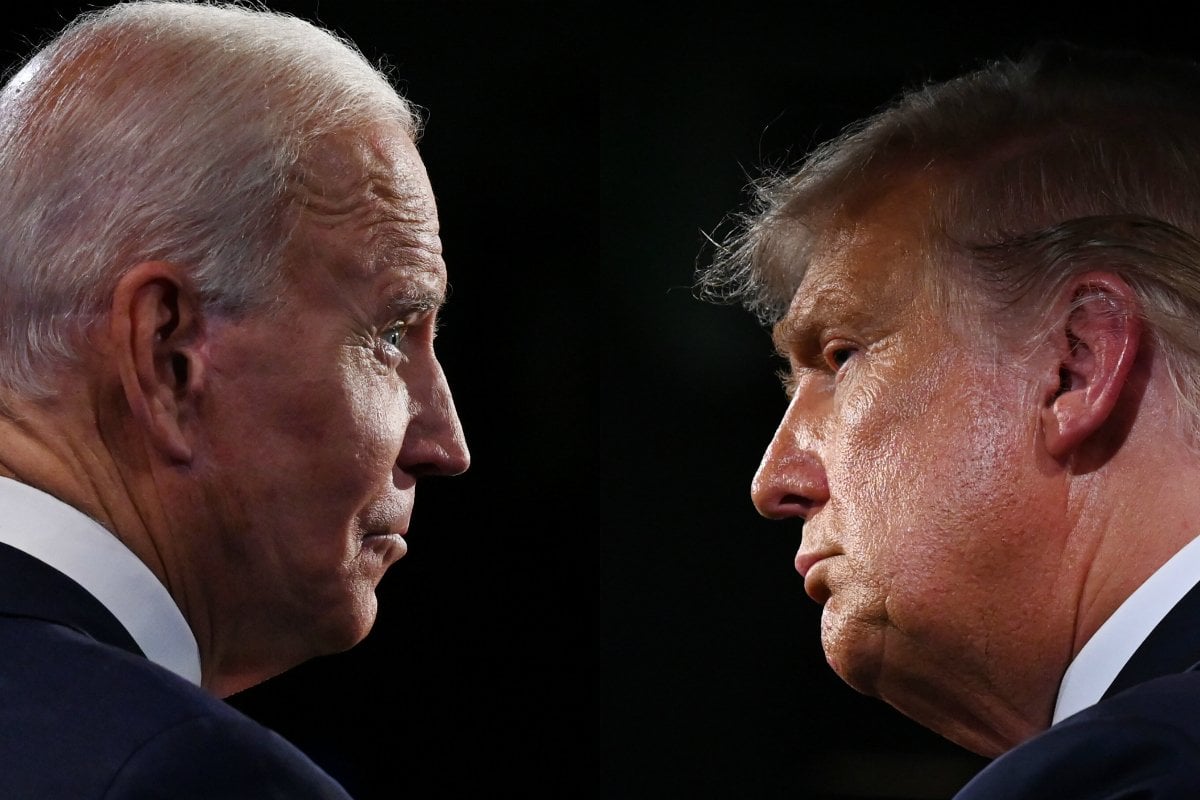 The first 2020 presidential debate was considered one of the most chaotic in US history; roughly 90 minutes of interrupting, insults and personal attacks.

The second, it seems, will be a non-event.

According to multiple reports in US media, the Commission on Presidential Debates has cancelled the October 15 debate amid a spat between the candidates about the format.

Watch: "Will you shut up, man!" One of the most chaotic segments of the first debate.

The commission announced on Thursday that the event, originally scheduled to take place in Miami, would be held virtually "to protect the health and safety of all involved". The decision followed President Donald Trump's recent COVID-19 diagnosis.

"The second presidential debate will take the form of a town meeting, in which the candidates would participate from separate remote locations," the commission said in a statement.

But the president's campaign team pushed back, slamming the commission's decision and urging Biden to agree to an in-person contest.

Their objection came after the president’s physician, Dr. Sean Conley, told reporters earlier on Thursday that Trump had completed his coronavirus treatment and had been cleared to participate in public engagements this weekend — just 10 days after his diagnosis.

"There is therefore no medical reason why the Commission on Presidential Debates should shift the debate to a virtual setting, postpone it or otherwise alter it in any way," the campaign said in a statement, according to The New York Times.

They floated the idea of pushing the debate back a week, but Biden's team refused, saying: "Donald Trump doesn't make the debate schedule; the debate commission does."

Speaking to Fox Business Channel, the president said he was "not gonna waste my time" on a virtual debate and "sit behind a computer — ridiculous".

President Trump is currently trailing Biden in national polls and a number of key swing states.

The candidates are next due to face off at the third (well, now second) debate on October 22, less than a fortnight out from the November 3 election.