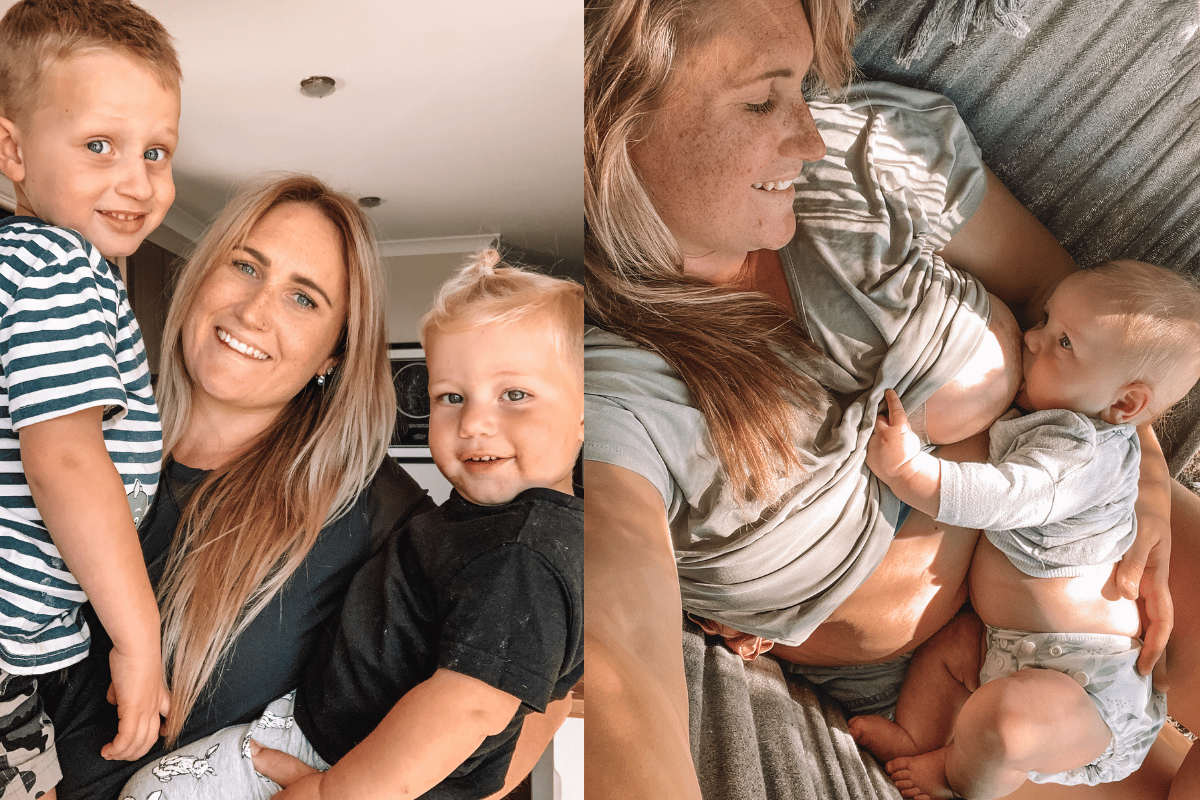 This post discusses postnatal depression and maybe triggering for some readers.

“I was diagnosed with postnatal depression after my first son Colby's birth, but this time it felt different,” Kaitlyn tells Mamamia.

“I didn't feel sad or tearful and my kids were fed and cared for, but I was frequently irritable and increasingly angry.”

Jess Eva talks about postnatal depression on I'm A Celeb... Get Me Out Of Here! Post continues after video...

Shortly before second son Jude arrived in 2019, the family moved to the small NSW town of Gunnedah, near Tamworth. Colby was now a toddler, and Kaitlyn’s husband Gary was working long days as an electrician in the mines.

“I had two kids under age three and life was chaotic. I was struggling after a traumatic birth left me with physical and psychological hurdles to overcome," Kaitlyn says. 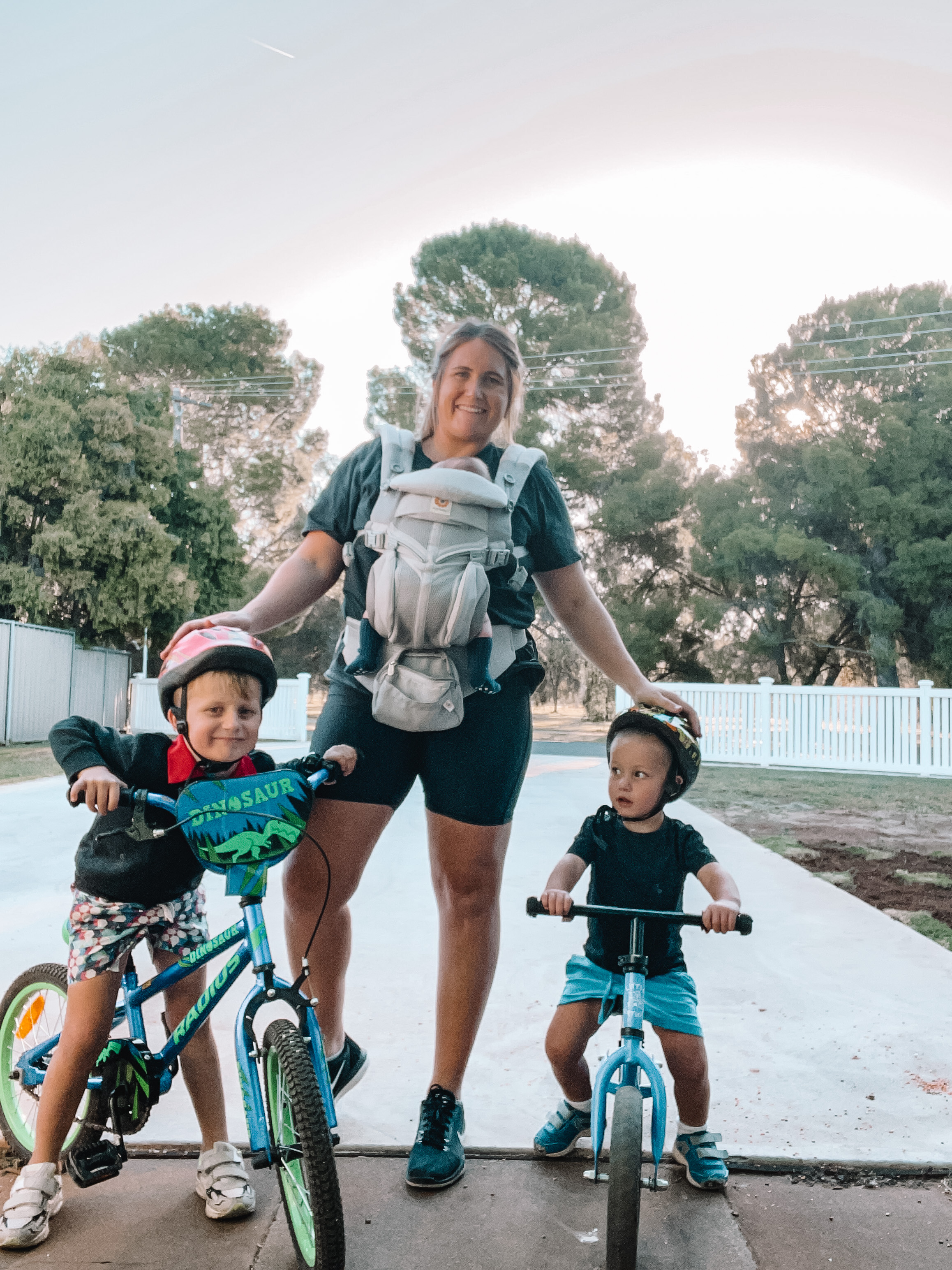 “I was trying to do everything by myself, and it just wasn’t possible. This led to my first major meltdown.”

Kaitlyn recalls how the first big meltdown was triggered by a minor mishap that many mums will be familiar with.

“Gary was working a long day, and I was home with the two boys. I had been feeling irritated all morning and when Colby tried to pour himself a drink while I fed baby Jude, it spilled everywhere and I just lost it.

“I remember digging my nails into the palm of my hand hard and screaming so loudly my kids froze in shock. I yelled that mummy was ‘running away and never coming back’ and I disappeared into my bedroom to hide.

“Shortly thereafter the feeling of shame flooded my body, and I knew there was something wrong.”

As a qualified physiotherapist, Kaitlyn wanted to understand her symptoms and find some evidence-based research. She found very little online and began wondering if she was suffering with bipolar disorder.

“My moods were extreme and one minute I was fine, while the next I experienced manic rage-filled episodes that mostly involved me slamming doors and yelling," she says.

Kaitlyn explains that her quality of life was not good, but she carried on for about three months trying to work it out for herself before husband Gary suggested she visit her GP.

“The first thing the GP said to me was, ‘are your kids safe?’ which really broke my heart. I had never had an impulse to do anything to them, but I knew I had to manage this incredible rage.

“The GP listened and told me about how my brain was too stressed to function properly and recommended I take antidepressants. They made an enormous difference as after about three days, I woke up and felt like a completely different person.” 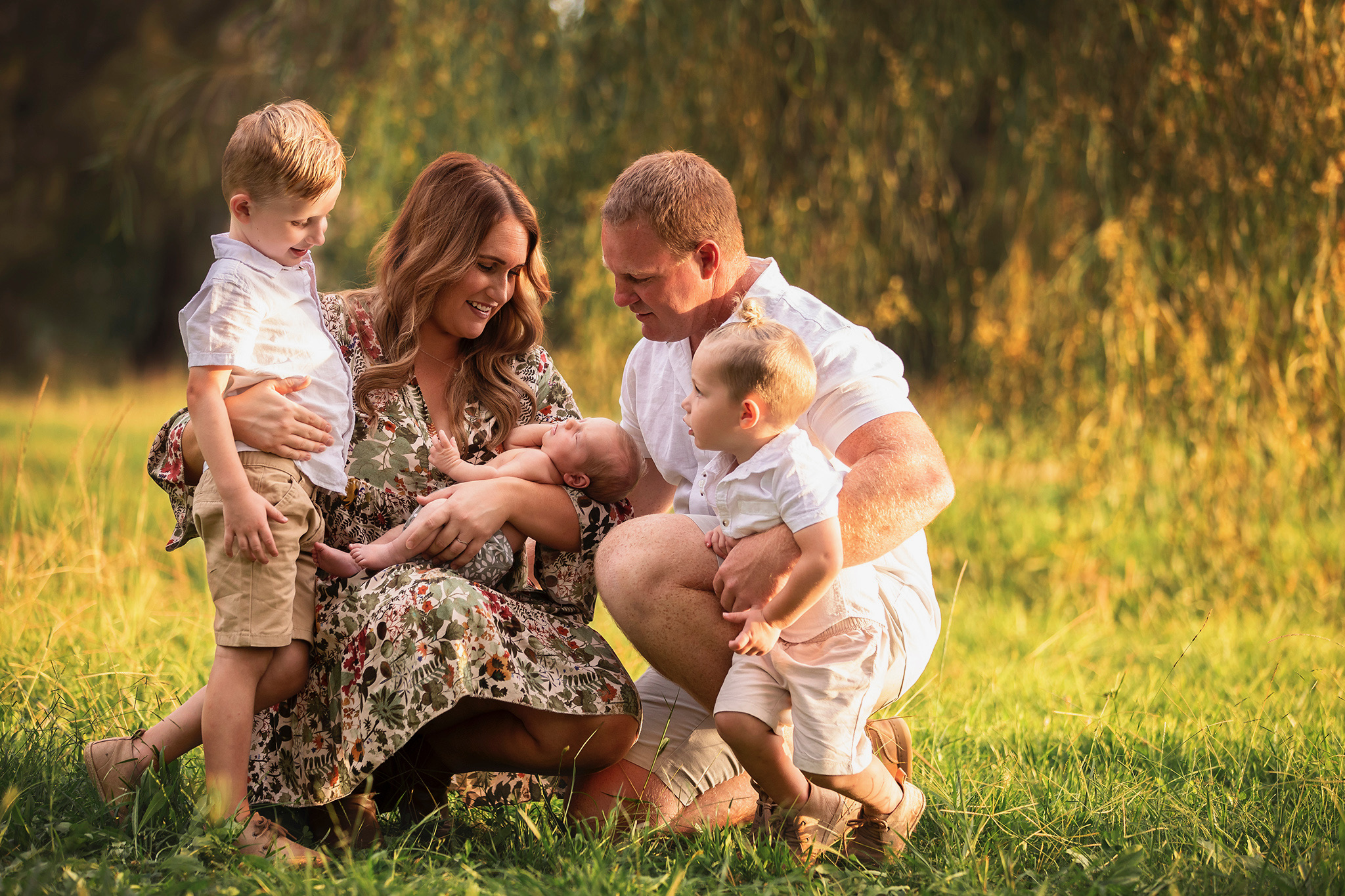 While asking for help was the first step, Kaitlyn realised she also needed to understand where the anger was coming from.

“I have since learnt that my postpartum rage was not so much a behaviour, as it is a response to feeling overwhelmed. Now, when I feel angry I have learnt to step back and think about what triggered it. I question what I was feeling in the lead up to my outburst and I try to address those emotions.”

Since she's started to talk openly about it, Kaitlyn realises she is not alone in her experience of postpartum rage.

"It’s hard because anger and rage don’t fit that ‘motherly’ stereotype, so while we can now talk about postnatal depression and sadness openly, talking about postpartum rage still has a way to go. There is no screening for it in new mums and I think this needs to change.”

Kaitlyn and husband Gary welcomed baby Banjo to their family in March 2021. While she stopped her antidepressants during pregnancy, Kaitlyn says this time she felt a lot more prepared and supported.

“I am still prone to rage occasionally, but I am better able to reflect and manage it. Before Banjo, I was not good at asking for help; preferring to be a martyr. But now if a friend offers to take the kids to the park I say, ‘yes please’!

“I also realised that it was important for me to have a purpose and passion outside of motherhood, which was where the podcast came from and also a strong and supportive local community.

“Now I understand that so many women suffer with postpartum rage and feel like I did.

"I say to myself and to them - you are not a monster, you are deserving of care.”

Tonight’s episode of Insight on SBS is all about rage and it features Kaitlyn discussing her experience with postpartum rage.

If this article brings up anything for you, please call Lifeline on 13 11 14 or make an appointment to see your GP.

Reply
Upvote
Thank you so much for sharing Kaitlyn’s story. I’m really enjoying Mamamia sharing the more real side of motherhood and the huge gamut of emotional responses that come with it. It can take real gumption to seek help, and this Mum should be proud of herself for that
Just in case you happen to read this Kaitlyn - I saw the segment on Insight last night too. You seem like a great Mum and your boys are very lucky to have you. Sometimes you just need to hear it. x
J
jacquij 4 months ago