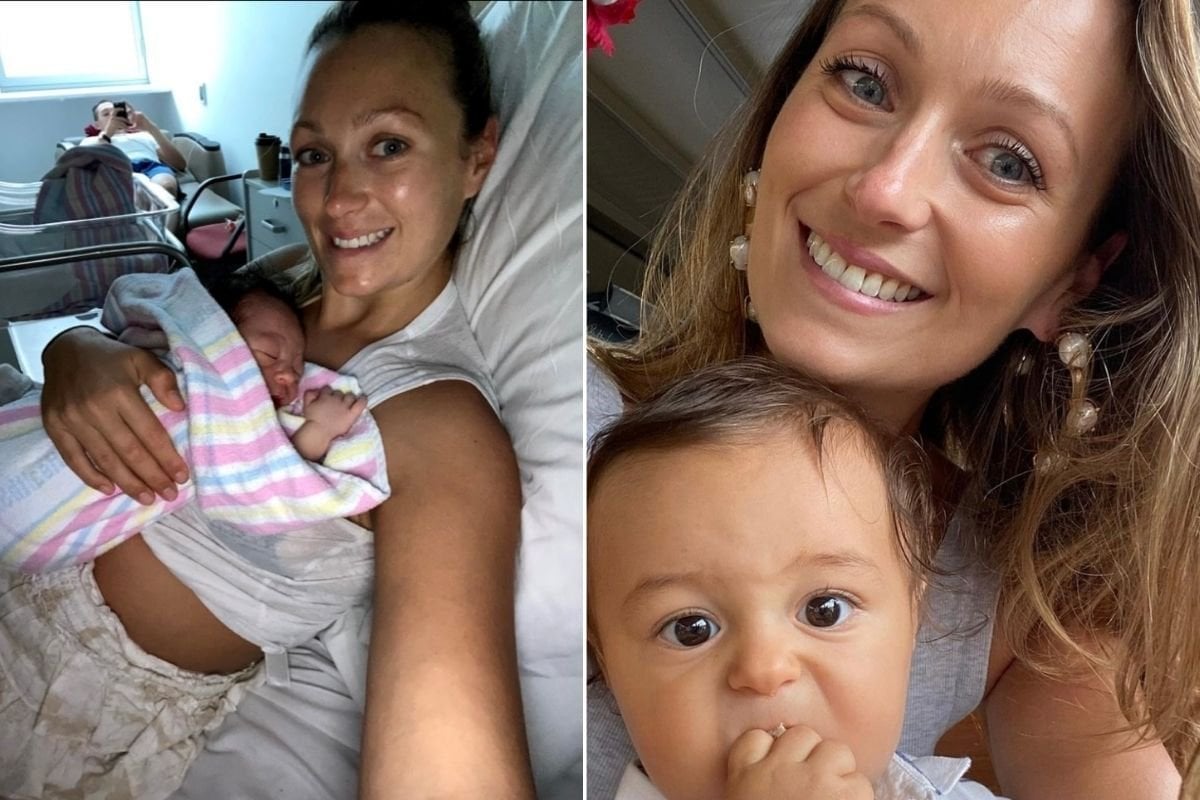 Just before Christmas, Alexandra Parker found herself sitting in her GP's waiting room willing herself not to breakdown as she waited to be called.

She's not even sure how she managed to get to that waiting room in the first place. In hindsight, she thinks it was a beacon inside her screaming "go and get help!"

She'd been struggling for months in a haze of sleep deprivation since the birth of her second child Jack in May 2020.

Watch: Everything you need to know about postnatal depression. Post continues after video.

It had reached the point where her relationship with her husband was suffering, her eldest, Lily, was misbehaving and she couldn't pull herself out from beneath a deep sense of despair.

Alexandra blames the COVID-19 pandemic as one of the main triggers that sent her spiralling into severe postnatal depression (PND) and anxiety.

The 31-year-old was in the late stages of her pregnancy when the virus first reached our shores. Alexandra was deemed high-risk as Australia tried to comprehend what COVID-19 might do to the more vulnerable in our community.

Her mother, based in the UK, was due on a flight in April just in time for the birth. It was cancelled as international borders were shut, leaving Alexandra devastated and without her planned support person. 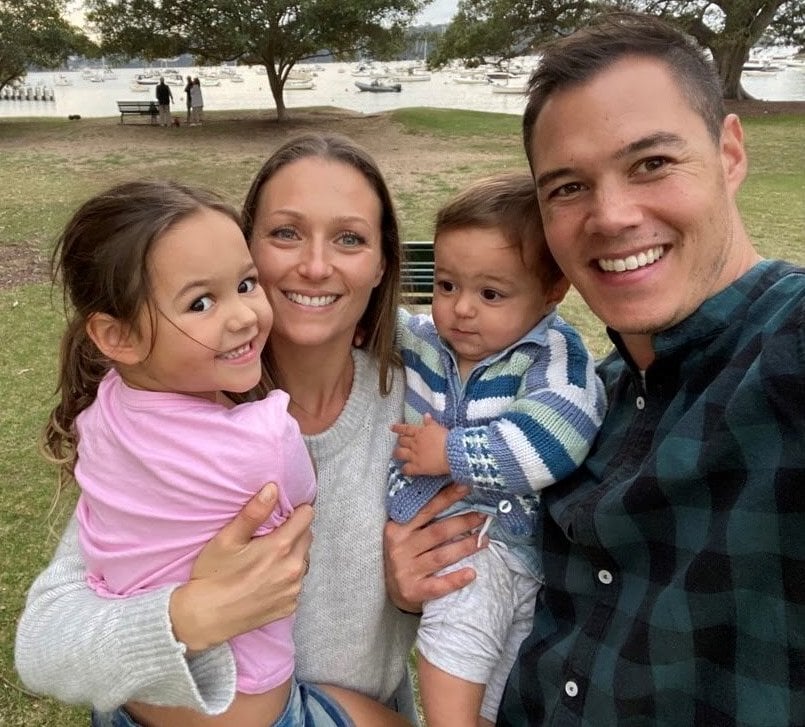 Jack came into the world in traumatic fashion; his heart rate crashed while he was still inside her and she was forced to get him out in one push surrounded by a team of worried doctors. He was delivered with the cord wrapped around his neck and had to be resuscitated.

Her husband's business was impacted by COVID, so he worked long days and long hours trying to keep it afloat in those crucial few weeks back at home. She felt completely alone.

As COVID-19 ravaged the UK, Alexandra's fretting and worrying for her friends and family's health increased and started to mix in with her sleep-deprived and isolated state. If there wasn't a message on her phone from her mum when she woke in the morning, she'd feel physically sick.

It all came to a head before Christmas.

"I struggle with Christmas anyway, because obviously living on the other side of the world to my family it's a real bittersweet time. It's such a family time, and I thought by then I would be able to see my mum."

It got so bad that Alexandra became petrified of driving.

"I was in such a sleep-deprived state, even just dropping my daughter at daycare I was thinking, 'I am not safe'," she told Mamamia. 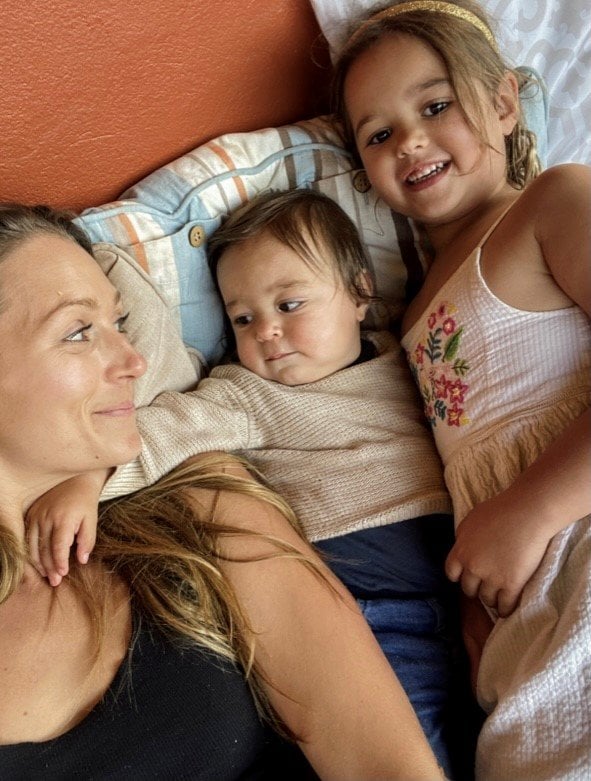 When she finally found herself in front of her GP after more than six months of what Alexandra describes as "some of the worst moments in my life," her doctor tried to set her up with The Gidget Foundation  - which supports parents experiencing PND - immediately. But they were told the wait would be four-five weeks because demand for services was higher than ever due to the pandemic.

Multiple mental health services supporting new parents have confirmed an inundation of calls, with Perinatal Anxiety and Depression Australia (PANDA) reporting a 113 per cent increase in calls in 2020.

READ: 'I thought my husband was having an affair.' The postpartum realities we're not talking about.

"I do think if my mum was here to support me through that time, who knows, I might have suffered a bit but I know I would have had that support system and I would have been able to recover better from the birth. Not allowing me to have that, plus how scary the pandemic [has been], that's had a huge impact on my mental health," Alexandra told Mamamia.

While she sat on the waitlist, Alexandra's GP gave her medication and finally, the mum-of-two felt herself being lifted out of her hell.

"All I can explain it as is that fog in my brain started to clear. I could think straight again. Kind of rationalise things. Before I couldn't cope with anything, everything would trigger me. So if Jack wasn't sleeping or Lily did something, or a routine didn't go well I literally couldn't cope. I would be such a mess. Once I started that medication I could kind of think normally."

In February, Alexandra finally started with The Gidget Foundation and has improved in leaps and bounds. Even though she's still not 100 per cent yet (Alexandra doesn't think she will be, until she's reunited with her mum), she's already trying to use her experience to help other women.

She's created a Facebook and Instagram community called 'We Need Our Village' to raise awareness about the effect the pandemic has had on expecting and new parents, as well as a safe space for parents to share with each other. The response has already been overwhelming.

A post shared by We Need Our Village (@weneedourvillage)

"It's absolutely heartbreaking. I've had so many women reach out to me. We need so much more perinatal mental health support [in Australia]. Especially with those correlating effects from the pandemic, it's a huge public health concern."

She's also set up a petition, asking the Australian government to allow compassionate travel exemptions for support people like grandparents for that perinatal period.

As the CEO of PANDA, Julie Borninkhof, told Mamamia, suicide is the leading cause of maternal death in Australia during pregnancy and the 12 months following birth, with one in seven new mums experiencing postnatal depression.

Alexandra says she is just "glad she is still here today".

"I got out the other end, and I desperately do not want anyone else to go through what I went through so I am on such a mission to make sure that other women and men don't have to go to those depths of despair because of what the pandemic has caused."

You can sign Alexandra's petition here, and join her support group here.

If you think you or someone you know may be suffering, contact PANDA – Perinatal Anxiety & Depression Australia. You can find their website here or call their helpline – 1300 726 306.