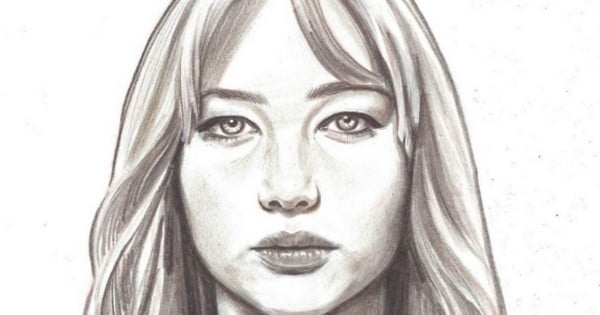 When it comes to the end of the year, it becomes very difficult to remember between what happened back in February and what happened in mid 2003.

Let us help you out.

It was the year when opinion over whether a certain dress was blue and black or white and gold got the whole world talking.

It was the year Shia LaBeouf rather aggressively told people to “just do it” in a viral motivational video.

It was the year Zayn left One Direction, and everyone responded, “Wait a minute… what’s a ‘Zayn’?”

It was the year Jon Snow died… or did he?

But when the men stopped leaving, ranting and pretending to die, what were the most important pop culture moments for women in 2015?


You might remember that all the way back in February, Fifty Shades of Grey was marketed as the perfect Valentine’s Day movie.

This may have been the moment when going to the movies stopped being A Thing, and people started to watch Nashville and Master of None on Netflix instead.

While the world got excited about The Sex in the film, it was the reception by women (the film’s target market) of Fifty Shades that was particularly interesting.

Many people laughed. Not because anything was funny – but because of the pure absurdity of what was happening on screen.

Others got angry, and rightly so. The film is… appalling. Many — including Mamamia’s Rosie Waterland in a post that went viral — argued that it glorified abuse, and should come with a trigger warning. But ultimately, Fifty Shades served an important purpose by catapulting these issues into the public discourse. It got us talking about what is and isn’t okay on screen and within intimate relationships. And this was a conversation that desperately needed to be had.


In the film clip of Bad Blood, Swift introduced us to her “girl squad”, and some of us noticed a recurring theme: almost exclusively, her friends are absurdly attractive famous people. Initially, many of us really liked the idea that the women of Hollywood were friends, and were supporting each other’s creative endeavours. In an industry that often pits women against each other, Taylor’s female friendships were sending an empowering message.

But then we started looking closer at Taylor’s girl squad, and we got some other feels:

Female friendships in Hollywood are exciting, but the girl squad phenomenon begged a few questions: Are these friendships realistic? Are they inclusive?

By December, we had a journalist going to the extreme and calling Taylor Swift an “elitist Nazi barbie”. Woah. But, Taylor Swift’s girl squad got us thinking about the types of role models we promote, and why we promote them.

In July, 35 of Bill Cosby’s alleged victims appeared on the cover of New York magazine. While the stories of these women weren’t necessarily new, the magazine made a powerful statement, giving them voices where they had previously been silenced. One chair was left vacant on the cover, representing the women who perhaps remain too afraid to come forward.

The magazine cover begged the question: how many women’s testimonies need to be heard before we start to believe them? Many of the women on the cover have eerily similar stories: of being a young, aspiring actress, and being taken advantage of by Cosby. Yet, for decades, people have sooner believed one man’s silence rather than several women’s testimonies. Ultimately, New York magazine got us talking about the relationship between sexual abuse and power.


In the October edition of Lena Dunham’s Lenny Letter, Jennifer Lawrence wrote about finding out she was being paid less than her male counterparts. She wrote about the frustration of “trying to find the ‘adorable’ way to state your opinion and still be likable”, and pointed out that when women try to stand their ground in Hollywood, they’re called “spoiled brats” — a phrase that simply wouldn’t be used to describe a man.

Lawrence’s essay got people talking about the gender pay gap in a complex and nuanced way. Some high-profile figures disagreed with the premise of talking about how much you earn, and many argued that as someone who earns an obscene amount of money, Jennifer Lawrence is hardly disadvantaged. It became a conversation about the universality of the pay gap, and also about how it affects women in lower status jobs far more than those in Hollywood.

The first Australian series of The Bachelorette:

Finally, the geniuses in TV land decided that as a society, Australia was ready to see a woman choose a man, rather than the other way round. It meant that we felt slightly less guilty watching reality TV, because our habit was no longer escapist, but feminist.

Are elements of it still extremely superficial? Of course.

But was there true love at the end? We definitely think so.

She ended up with the beautiful Sascha, and, to date, they seem to genuinely like each other.

When Patricia Arquette won the award for Best Supporting Actress for her role in Boyhood, she used her speech as a platform to make a political statement about gender inequality. Arquette passionately argued, “To every woman who gave birth to every taxpayer and citizen of this nation, we have fought for everybody else’s equal rights.” She continued, “It’s our time to have wage equality once and for all and equal rights for women in the United States of America.”

While the speech was initially well-received, she went on to really complicate her message in the press room later on, when she said, “It’s time for all the women in America, and all the men that love women and all the gay people and all the people of color that we’ve all fought for to fight for us now.”

The reaction to the speech introduced to many the concept of intersectionality — the fact that there are gay people and people of colour who also happen to be women — and therefore, the civil rights movement, the LGBTQ movement, and the feminist movement don’t affect three distinct populations. Women don’t exist independently of their race or sexual orientation, and often being part of more than one marginalised group brings with it unique challenges.

You can make your mind up on Arquette’s speech by watching it below (post continues after video):


As the year wrapped up, Harper’s Bazaar chose to put a naked Miranda Kerr on the cover of their latest issue.

While a raunchy cover photo isn’t unusual for many fashion magazines, this image attracted attention. Coles pulled the magazine from its shelves, deeming the cover inappropriate based on customer feedback. When the magazine’s editor responded saying, “It’s a shame Coles does not recognise the artistic integrity of this image”, a debate ensued regarding the way magazines portray women.
Earlier this year, Zoo magazine released its final issue, after years of controversy surrounding the way the publication humiliated and downright offended women. This, coupled with the outrage over the latest Harper’s Bazaar cover, suggests that maybe we’re starting to demand more from our media.

What was the pop culture moment that defined 2015 for you?