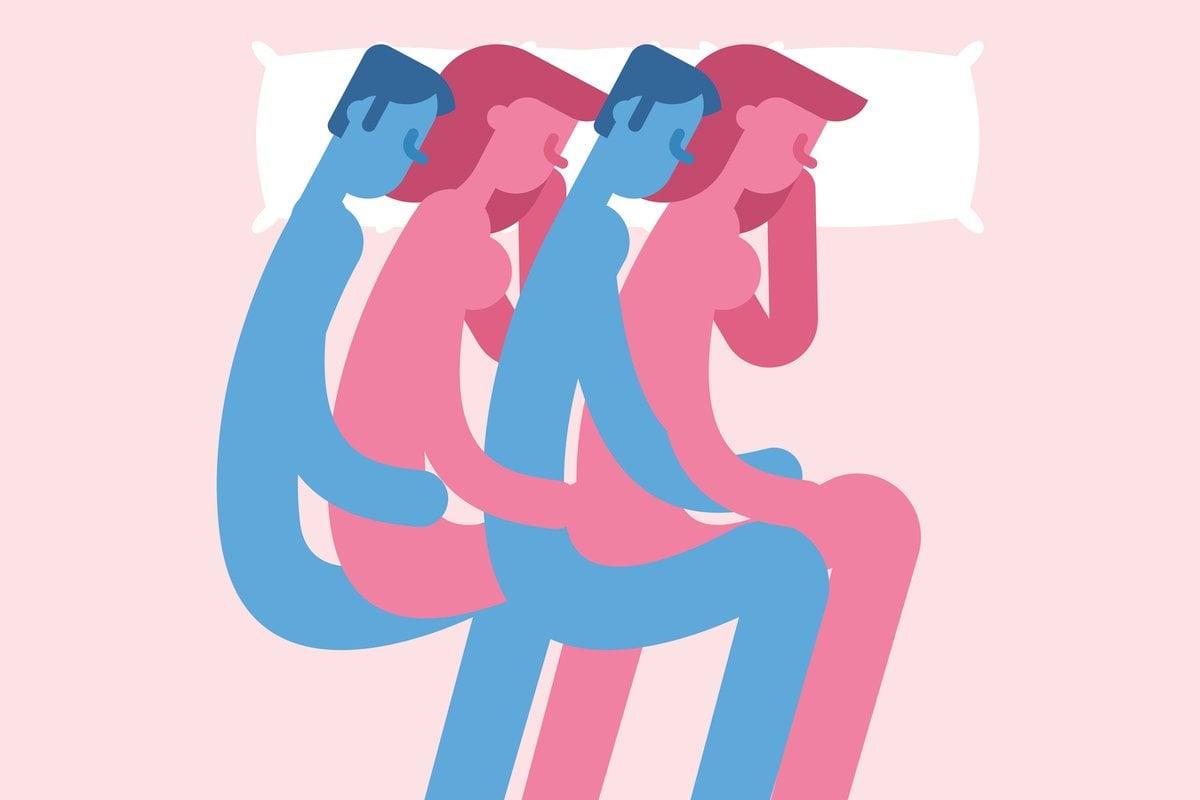 I would love to tell you that being in a poly relationship magically takes away all feelings of jealousy. If I did, I would be lying to you.

No matter how ‘woke’ we think we are, feelings of jealousy, inadequacy, or simply being overwhelmed happen. What’s really the magic wand, so to speak, in any relationship, mono or poly, is fervent communication.

My first foray into the poly world is not the Poly 101 course I would want for anyone else, but it did teach me a lot.

My husband at the time and I didn’t handle things the best way possible. Rather than discuss what was and was not okay within our relationship, he made a lot of presumptions.

In his mind, since play with others was allowed while I was present, it made sense he could do so when I wasn’t involved.

Every relationship, whether poly or monogamous, is different. But what’s the same across the board is the need to communicate effectively, openly, and honestly.

We had been in an open relationship for about a year when he began travelling for work.

Discussions arose surrounding both of us getting our sexual needs met while he was away. Though we both agreed friends with benefits relationships were okay, what we didn’t agree to were full-blown emotional relationships.

Unfortunately, my husband decided this was what he wanted, and rather than talk to me about his feelings, he just did what he wanted and hoped he wouldn’t get caught.

What I took away from the whole ordeal is this; You must talk and talk a lot.

If communicating about your feelings, what is and isn’t okay, what makes you comfortable and uncomfortable, doesn’t sound like something you can handle on a regular basis, then being in a functional poly relationship isn’t for you.

Being honest, relationships in general, no matter their type, require brutally honest communication in order to function properly.

No one is a mind reader, so you can’t expect your partner to know what you’re thinking or feeling unless you tell them.

Handling the green-eyed monster when it crops up comes down to understanding why it’s there in the first place and what it actually is.

Jealousy is normal and happens in healthy relationships. When it becomes a problem is when it’s present all the time. When coupled with a fear of abandonment, it becomes a huge problem.

Mix that with a poly relationship and you can see where this is an issue.

The opposite of jealousy is compersion. When we see our partner with someone else and it makes us happy to see them happy, that’s compersion.

Think of how you feel when someone you’re not romantically involved with is happy. Your best friend meets the love of their life, for example. You could not be happier for them.

This is compersion. Apply that to your partner when you see them with someone you’re both involved with (possibly, depending on how your poly partnership works) and you’ll begin to understand how compersion within a poly relationship works.

Compersion isn’t only a poly thing, though it is a huge part of a healthy polyamorous relationship.

Even if you’re in a monogamous relationship, compersion can play a role in your partnership. Rather than falling into societal expectations of being upset or offended when someone of the opposite sex pays attention to your partner, compersion teaches us that there’s no need for that.

If the attention makes your partner happy, you can be happy for them as well without compromising your relationship.

Men especially it seems have been conditioned almost from birth to be possessive of their partners, but this isn’t healthy.

Rather than becoming angry about it, try framing it from the perspective of: “Wow, my partner is so beautiful and amazing, the world can’t help but notice. I’m a lucky person!”

It’s not easy, because it’s not what we’ve been conditioned to feel.

My second experience with polyamory was much healthier than my first.

I had two boyfriends and a girlfriend, and occasionally saw others when the experience presented itself. Jealousy wasn’t an issue often, and when it was, we could sit and talk about what was going on like adults.

For the most part, what it boiled down to was scheduling. If someone felt they weren’t getting the time they desired, jealousy would rear its ugly head.

What I’ve learnt being with multiple people is, it’s important to talk about what each person’s needs are in the relationship.

It isn’t all about sex, though that’s a large part of it all. You’re in a relationship with each person, sometimes with all the people together at once.

There are many parts to a relationship and you must decide if you’re capable of meeting the needs of all of the people you’re involved with.

There’s nothing wrong with making a schedule, sharing a family calendar, however you need to do things in order for it to work.

What’s most important is being open and honest about your needs and expressing them without hesitation. When everyone is communicating openly, it’s harder for jealousy to creep in.

Especially if you’re in a larger poly relationship, consider sitting down once a week (or however often works for your group) and having a family meeting to discuss schedules, any issues that have cropped up since your last meeting, etc. Having this time together, of a non-sexual nature, allows for open communication and togetherness you wouldn’t get otherwise.

In the end, the more you and your partners communicate about what you want, need, and desire, the better things will be.