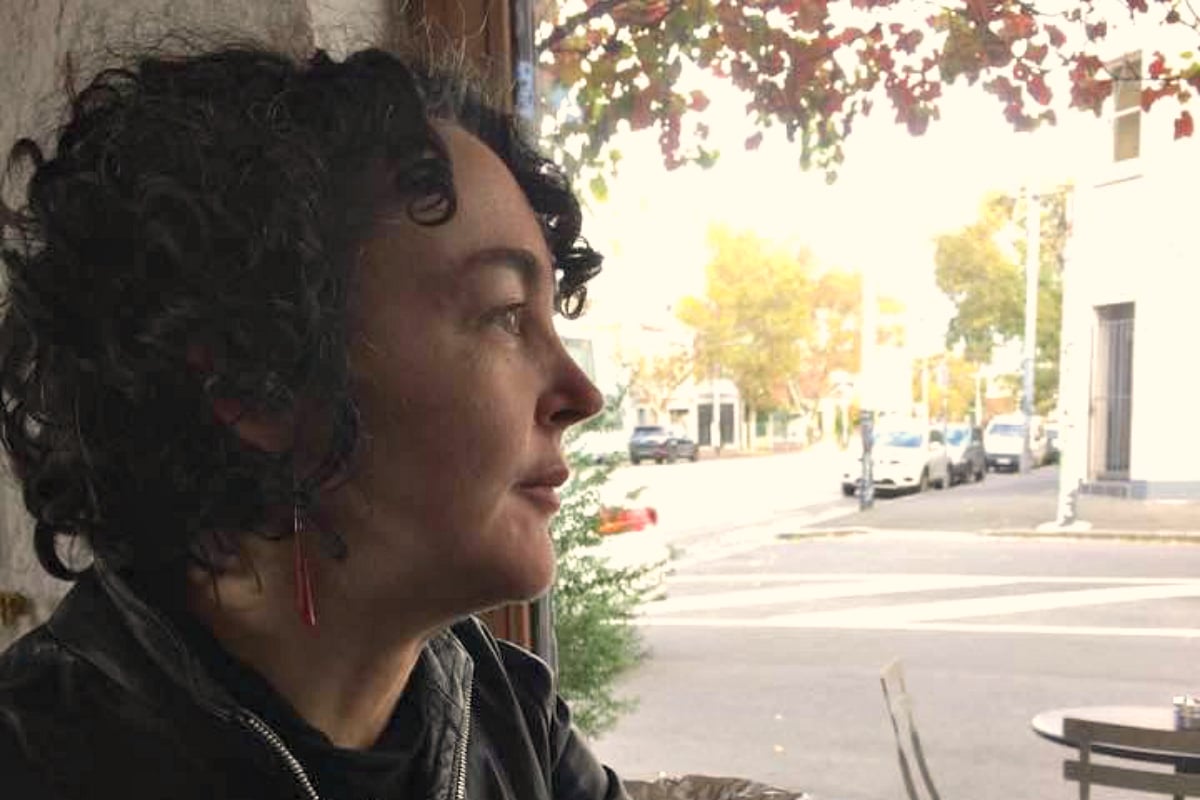 She's been with her long-term partner, Peter, for more than two decades, yet they don't live together; they're devoted, yet not 'exclusive'; deeply in love, yet not dependant.

Anne is polyamorous, a term used to described those who engage in multiple, loving relationships at once, which may or may not involve sex. She also refers to it as 'ethical non-monogamy', which places emphasis on the fact all parties are treated with respect and have given enthusiastic consent to the arrangement.

Polyamory is distinct from polygamy, which traditionally involves a man having more than one wife and is often tied to religion.

Watch: Anne and other polyamorous couples answer a common question about their relationships.

Speaking to Mamamia's daily news podcast, The Quicky, the Victorian woman explained that she embraced polyamory after the breakdown of her monogamous marriage.

"I found out pretty quickly that marriage didn't suit me," Anne said. "We had different life goals, and different things that made us happy."

And simmering beneath had been Anne's love for another person — Peter. Try as she did, Anne couldn't suppress her feelings and they engaged in what she's described as an 'emotional affair'.

After their respective marriages ended, she and Peter entered an arrangement that wouldn't bind them to promises they couldn't keep, that would meet their changing needs over time, and wouldn't preclude them from making and exploring other loving connections.

"The thing that I love about ethical non-monogamy is the ability to really ask myself, 'What do I want?' And to start with that," Anne said. "And then to allow each relationship to offer what it naturally offers, without forcing it into offering either all or nothing."

The changing shape of monogamy.

While monogamy is the norm in many modern western societies, the shape of it has shifted over time.

In a popular 2015 TED Talk (which has over 15 million views), famed psychotherapist and relationships expert, Esther Perel, noted that, "Monogamy used to be one person for life. Today, monogamy is one person at a time.

"We used to marry and have sex for the first time, but now we marry and stop having sex with others."

Elaborating on the idea in an interview with Mamamia's No Filter podcast, Esther explained that our expectations of our partners have changed.

"The model that we experience today is the romantic ideal in which we are turning to one person to give us what once an entire village used to provide," she said.

"Meaning, that we still want that same person to give us the expectations of traditional marriage: companionship, economic support, children and family life, and social respectability. But we also want the same person to be a best friend, and a trusted confidante, and a passionate lover, and an intellectual equal, and a person who inspires us to strive for the best version of ourselves."

That's an utterly new model. One that, many argue, often contributes to infidelity, which remains the most common reason for the breakdown of a monogamous relationship.

"Straying isn't necessarily a symptom of a relationship gone awry," Esther Perel said. "Affairs are about hurt and betrayal and deception. But they are also about longing and loss and self-seeking. It's the quest for lost parts of oneself, it's the quest for a sense of aliveness, for vitality, it's the quest to reconnect with unlived lives."

Perel argues, therefore, that strongest romantic relationships are those that occur in concert with powerful relationships with friends, mentors, colleagues and siblings.

Polyamorous people embrace that same concept, albeit in a slightly different way. They allow themselves the freedom to pursue that new romantic ideal by finding those sought-after characteristics in multiple partners.﻿

Anne, for example, has "many, many" connections — be they long-term partners, lovers or 'intimates' — each of differing nature.

"My way of doing it is to allow each relationship to find its own comfortable resting place and to find where we overlap, and to get many different needs met in many different places."

While her relationship with Peter is fuelled by intellectual and philosophical discussion, for example, she's had others that are underpinned by a deep physical connection — "kinesthetic," as she puts it.

"There are really, really different aspects of myself that it couldn't possibly have had met in one person," she said.

Anne identifies as solo poly, which means she chooses not to live with her partners.

But there are other relationship structures within polyamory that involve cohabiting, either with multiple partners or a primary partner. Some also function on a hierarchy, in which one relationship is prioritised over others, while others are non-hierarchical and involve several equal relationships.

"Nobody else can save me from my jealousy."

Of course, polyamorous relationships have their own challenges. Jealousy being one.

But Anne points out, that's not unique to any particular relationship structure.

"In my experience, jealousy is a thing that we all experience and can experience at any time, in any kind of relationship," she said.

"The difference with polyamory, or ethical non-monogamy, is that we accept that we are responsible for our own jealousy. Usually, in my experience, it is an expression of a need that's not getting met somewhere, and it's my job to understand what the need is, to communicate that with my beloveds and my intimates, to find ways of meeting that.

"Nobody else can save me from my jealousy; it's my job to do. Whereas in monogamy, [people] often will demand that their partner's behaviour change."

But more of an issue, Anne argues, is time management (finding time to honour each relationship) and stigma, which comes in many forms.

"A lot of people are not out," she said. "Particularly people who have jobs where they feel that they could be vulnerable if their lifestyle is exposed.

"Poly parents, in particular, are really concerned about their kids being bullied or ridiculed. A few people we know have even had child protection called on their families, simply because somebody found out that their family was polyamorous.

"And finding a professional medical support person, like a therapist or a doctor, who is not going to pathologise polyamory but who's going to understand it and know how to support it, that's a really big issue."

COVID-19 lockdowns in Victoria have introduced new complications; Anne hasn't been able to see her partners and connections for four weeks and says there's "heartache everywhere" amo﻿﻿ng poly couples who've suddenly had to choose who to isolate with.

"We're both open to it, and in fact Pete connected with somebody new last year," she said. "That's a bright, vibrant, sparkling growing, wonderful new connection."