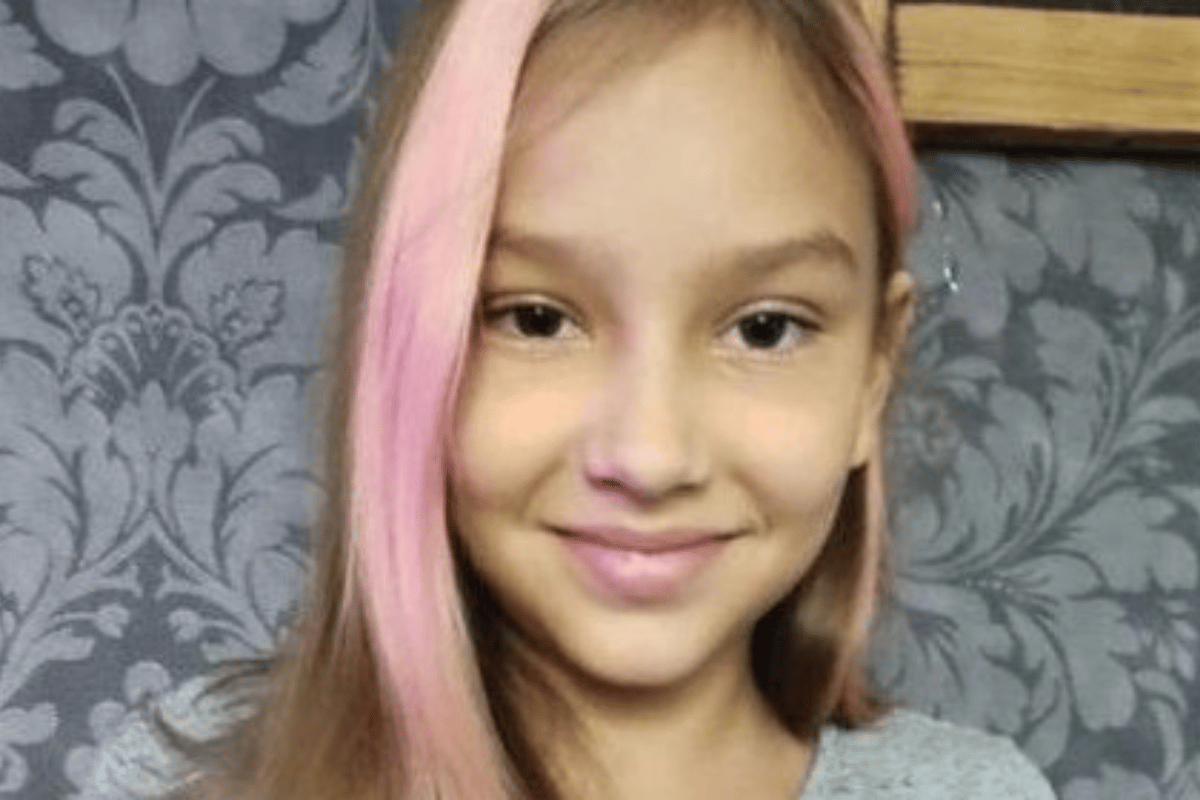 This post includes distressing imagery and the topic of death, and could be triggering for some readers.

Her name was Polina. She was a fourth-grade student in school, who lived in Ukraine. And sadly this week, she became one of 16 children killed by Russian soldiers.

Polina was shot and killed in Ukraine's capital city of Kyiv. She was travelling via the family car in her neighbourhood with her mum and dad, and two siblings. Her parents were also killed as a result of the shots fired by the Russians, and her two siblings are being treated for gunshot wounds.

Kyiv's deputy mayor Volodymyr Bondarenko shared the news via social media, writing: "Her name was Polina. Today's morning (26 of February) she and her parents were shot by a Russian infiltration team. Her sister is in intensive care and her brother is being treated at a children's hospital after the attack."

Only five days into Russia's invasion of Ukraine, there are reports of 16 children killed by Russian soldiers, and another 45 children wounded.

Polina and her parents were killed by a Russian sabotage group at Kiev. Her siblings are at hospital.#Russia #Ukraine #RussiaUcraina #UkraineRussiaWar #UkraineRussiaConflict #UkraineWar #нетвойне pic.twitter.com/3mpm2NHCWZ

Just on Sunday, Ukraine's government said at least 352 civilians have died, many more presumed to have been killed or wounded. Not to mention, millions of people have had to flee their homes. And there is every possibility that is what Polina and her family were trying to achieve.

Among the death toll is seven-year-old Alisa Hlans, who was killed amid an attack on her city of Okhtyrka, which isn't far from the Ukrainian border. Alisa was in a kindergarten building in Okhtyrka, and the shelling killed five civilians in total. Amnesty International said the Russian military used widely-banned cluster munitions in the attack.

"It is stomach-turning. This should be investigated as a war crime," The Amnesty Secretary General said. Prosecutor General Irina Venediktova said Alisa was taken to hospital with serious injuries but lost her life the next day.

On the second day of the Russian invasion, an unnamed boy was killed in the Ukrainian town of Chuhuiv, where serious shelling struck his family's apartment building.

Amnesty International has also reported that Russia has been launching indiscriminate attacks on civilian areas, including strikes on hospitals, education centres and residential buildings. Ultimately, it shows a "flagrant disregard for civilian life".

These children are the innocent victims of war.

Many are also having to say goodbye to their male loved ones, given the news that men aged between 18 and 60 are banned from leaving Ukraine, so they can fight for their country.

One video, which has already been viewed millions of times across social media, shows a little girl and her father saying their goodbyes to each other. Another shows a young Ukrainian boy being driven to safety, his father having to stay and fight.

A Ukrainian father says goodbye to his daughter before sending her away from danger. He is staying behind to fight for Ukraine. #RussiaInvadedUkraine pic.twitter.com/rrFO0le4Kf

“We left our dad in Kyiv”

This little boy’s father stayed behind to fight the Russians. pic.twitter.com/qPXaiTJn5W

It's hard to fathom these two videos represent the reality many Ukrainian families are facing, and countless families across the world have faced in similar refugee and war crises.

Approximately 13.5 million Syrians in total have been forcibly displaced due to war, and about half of the people affected by the Syrian refugee crisis are children.

Nearly 6 million Afghans have been driven out of their homes and their country by conflict, violence and poverty. 80 per cent of all forcibly displaced within Afghanistan are women and children.

And we hate to even consider what the statistics will look like for Ukraine as time goes on.

In a statement, the UN Refugee Agency said: "We are gravely concerned about the fast-deteriorating situation and ongoing military action in Ukraine. The humanitarian consequences on civilian populations will be devastating. There are no winners in war, but countless lives will be torn apart."

While many of us might feel helpless watching the unfolding situation from home, here are some things we can do to help.

UNICEF is the world's leading organisation working to "protect and improve the lives of children" worldwide. They're currently delivering on-the-ground emergency relief to the people of Ukraine with safe water, health care, protection from violence, and psychological support. You can donate to UNICEF here.

United Help Ukraine receives and distributes donations, food, and medical supplies to internally displaced Ukrainians, anyone affected by the conflict, and the families of wounded or killed soldiers. You can donate to United Help Ukraine here.